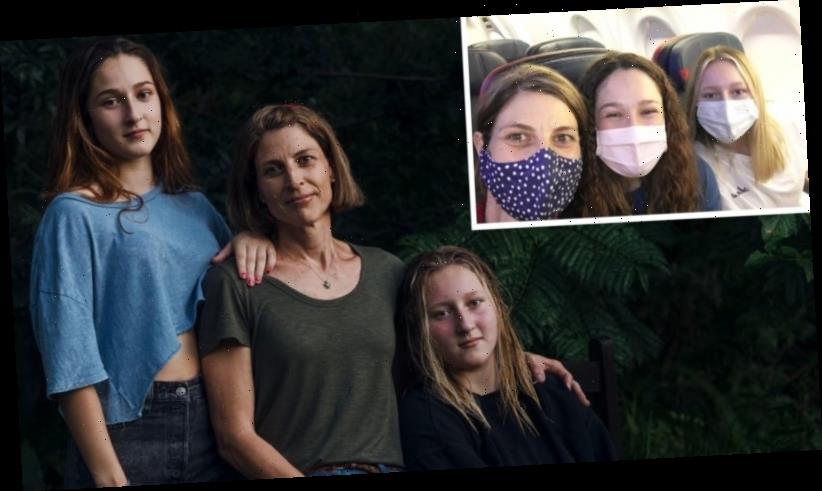 Nearly 500,000 Australian expats and travellers have returned since the start of the pandemic but it’s not always a smooth transition, especially for those who were stranded for months.

The Sun-Herald has spoken to several returned Australians who are struggling with feelings of not belonging and what they see as a lack of understanding and empathy from their fellow citizens about their experiences. 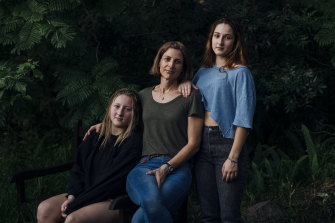 Sandy Duffield and her daughters Luca and Zara are adjusting to life in Sydney.Credit:James Brickwood

“Coming here, it feels like utopia and I’m glad for Australia, I’m very happy that they escaped the worst,” said Sophie from Sydney, who requested her last name be withheld. “It’s just that Australia seems so out of tune with the rest of the world.”

Sandy Duffield, who returned with her two teenage daughters from the United States in December, said she had dealt with unwarranted suspicion.

“People stand there and look at you and say, ‘When did you get out of quarantine?’ and then take a step back because they’re worried that you could still be contagious,” she said. 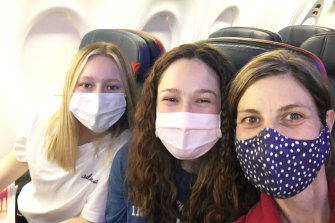 Sandy Duffield with her daughters Luca, 16, and Zara, 13 on the flight home.

This is despite being tested before boarding the flight to Australia, twice in quarantine and once two days after quarantine.

The most recent figures from the Department of Foreign Affairs and Trade, provided to the Senate on Thursday, are that 36,206 Australians abroad are registered as wanting to return home, including 4860 who are considered vulnerable.

DFAT First Assistant Secretary Lynette Wood told the committee she could not say when all stranded Australians would be brought home.

“Just be clear, the cup keeps refilling,” Ms Wood said. “It’s not like it’s a finite number and the door has closed. More and more people have registered.”

When Prime Minister Scott Morrison promised in September that all stranded Australians would be home by Christmas, there were 24,000 on the list but there were many more Australians abroad who had not registered.

Since then, Foreign Affairs Minister Marise Payne told the Senate, 63,100 Australians had returned from overseas, of whom 24,800 were registered by DFAT and 5150 were classified as vulnerable.

Ms Wood said the government-facilitated repatriation flights and the Northern Territory’s Howard Springs quarantine facility — which was ramping up from a capacity of 850 to 2000 over the coming months — were dedicated to Australians who had registered with DFAT, with priority given to those who are vulnerable.

Sophie had been living in Europe for 10 years and was already planning to return home for family reasons when the pandemic hit.

She had booked her flight in January last year for a date in August, planning to serve out her three months’ notice, pack up her belongings and enjoy some time off.

By the time she had served her notice period, the pandemic was under way and she was stranded without a job. Her original flight was cancelled when the flight caps were imposed and she bought tickets with three airlines, before finally making it home in December.

So far she hasn’t managed to find work in Australia, with hiring managers telling her she has “too much experience”. She sometimes regrets coming home and predicts Australia will once again face a brain drain once the borders reopen.

For Ms Duffield, who left Australia when she was 18 and was living in Indiana in the United States when her marriage ended, the priority has been trying to get her daughters Luca, 16, and Zara, 13, settled in Sydney. While they are grateful to be back and especially that they are no longer doing remote schooling, there have been challenges.

Ms Duffield said the school had failed to prevent bullying and assumed that the girls should know everything about how school works in Australia simply because they are citizens, even though they have never lived here.

She has found a steep learning curve herself, finding it difficult to navigate the supermarket and being bamboozled by terms like “CTP” when the person on the other end of the phone was unable to explain the acronym stood for compulsory third party insurance. 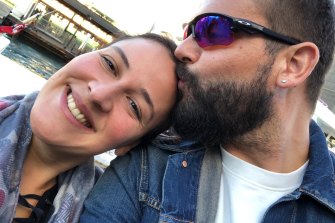 Pieter den Heten was living in Germany when the pandemic hit

Pieter den Heten was working in Germany when the pandemic hit. His partner returned to Australia in February — before COVID-19 was declared a pandemic — and he planned to follow as soon as he served his notice period at work.

In the end they were separated for nine months. In March he got sick and he was ill for over a month, probably with COVID-19 though there was no testing. By May he moved to the Netherlands — his country of birth — and was looking for tickets back to Australia. He had several flights cancelled and finally made it back in October.

He said he felt “very scrutinised” even by friends who couldn’t believe he couldn’t get a flight sooner, even though fares rose as high as $15,000 and quarantine fees were $3000.

“A lot of people don’t believe you. One friend of mine said I was just cheap,” he said. “What bothers me the most is the lack of empathy, and sympathy.”

“There were dozens of those stories and people would send me messages on Facebook in the middle of the night that they’re thinking of killing themselves,” he said. “Altogether, it’s taken quite a big toll on me but some of that was my choice.”