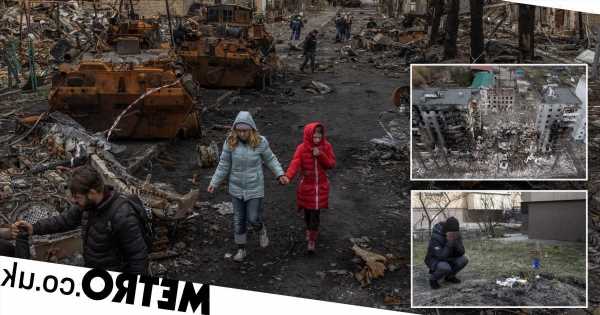 Intercepted radio messages show a Russian commander ordering his men to shoot at civilians in a village near Mariupol, according to Ukrainian intelligence.

An unnamed soldier can be heard detailing positions of non-combatants in a village close to the besieged southern port city.

His superior then says: ‘Kill, them all. What are you waiting for motherf***ers? Expend everyone. Do you understand?’

Showing his anger at soldiers’ hesitancy at slaughtering civilians, he says: ‘What is f***ing wrong with you, motherf***ers?’

In intercepted radio dispatches published on the Facebook account of Ukraine’s SBU intelligence agency, a soldier can also be heard complaining about the lack of support provided to Russian forces.

He says ‘it’s f***ed’ that his team were being made to advance on a village where they are vastly outnumbered.

Russia has been turning Mariupol into a Nazi-style death camp by burning bodies and blocking humanitarian convoys to hide the evidence of their atrocities, Ukrainian officials have claimed. 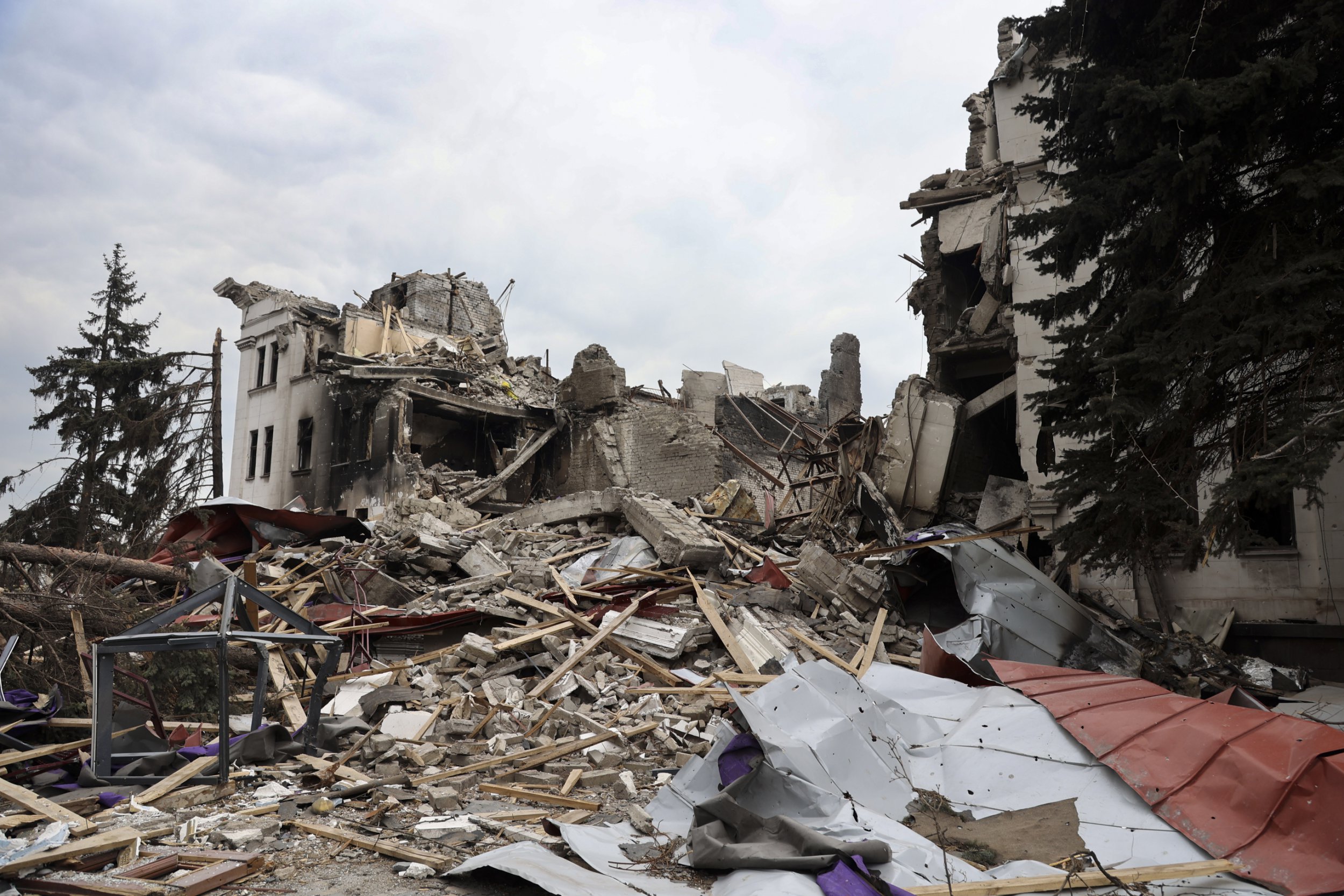 The city’s mayor Vadym Boichenko said more than 5,000 civilians — including at least 210 children — had been killed during weeks of shelling and street fighting.

He said Russian forces have bombed hospitals in Mariupol, including one where 50 people burned to death.

In a message on Telegram, city officials said mobile crematoria were being operated by Putin’s forces to burn the bodies of dead civilians.

‘The world has not seen the scale of the tragedy in Mariupol since the Nazi concentration camps,’ Boichenko said in the statement.’

‘The Russians have turned our whole city into a death camp. This is no longer Chechnya or Aleppo. This is the new Auschwitz or Majdanek.’

It comes as footage on social media appeared to show a Ukrainian troop shooting dead a Russian prisoner of war.

The BBC said it had confirmed the location north of the town of Dmytrivka, near Kyiv, and found satellite images of bodies lying on the ground. The video appears to show four Russian paratroopers lying on a road in pools of blood.

‘He’s still alive. Film these marauders. Look, he’s still alive. He’s gasping,’ a man can be heard saying about a survivor. A soldier then shoots the man twice, and then again when he continues to move.

The New York Times verified the video and said Ukrainian soldiers are identifiable by their flag patch and blue armbands. They are heard several times saying: ‘Glory to Ukraine’.

Ukraine’s defence ministry said it was ‘trying to verify’ the clip.