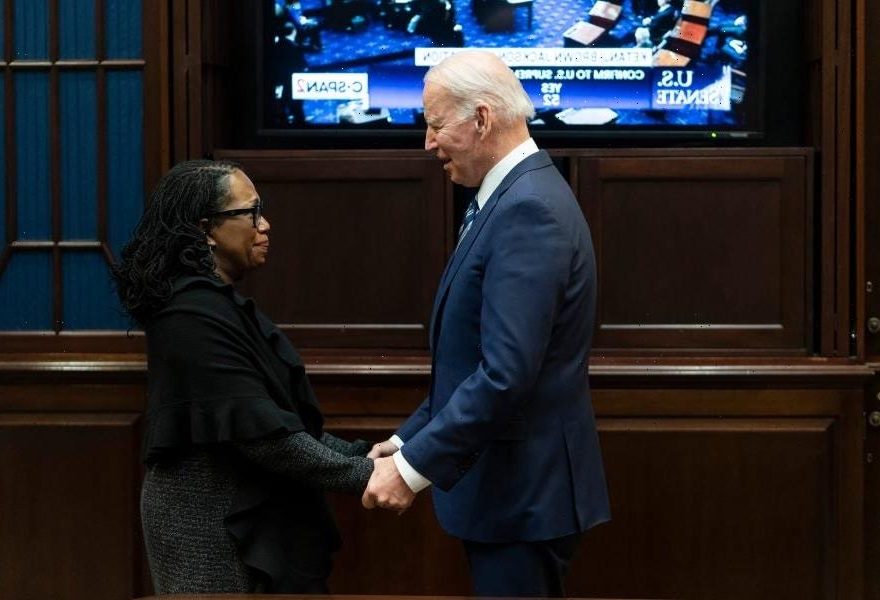 Ketanji Brown Jackson was confirmed as the 116th Associate Justice of the United States Supreme Court, making her the first Black woman in American history seated at the highest court, Thursday afternoon.

“It is a great moment for Judge Jackson, but it is even greater moment for America as we rise to a more perfect union.”

Earlier this week, Ketanji Brown Jackson, received no votes from Republican members of the judiciary committee. The partisan decision resulted in a deadlock 11-11 final vote. This was stark difference from just last year, when two Republicans, Lindsey Graham (SC) and John Cornyn (TX), from the same committee voted to advance her nomination for the US Court of Appeals.

Ben Nasse (R-NE) waived his vote in 2021. On Monday, he voted against Jackson.

Normally, the first step for senators is to agree to limit debate on the judge’s nomination. According to CNN, in the past, that would have required 60 votes, as it still does on most legislation. But Republicans changed the rules for Supreme Court nominees in 2017 to overcome a Democratic filibuster of Justice Neil M. Gorsuch, President Donald J. Trump’s pick, so now a simple majority will do.

Vice President Kamala Harris presided over the Senate during its historic vote to confirm Jackson. Harris, who is the first Black woman to serve as vice president, presided in her capacity as president of the Senate. However, Harris was not needed to cast a tie-breaking vote because all 50 members of the Senate Democratic caucus were unified behind Biden’s nomination. The filibuster was broken as three Republicans crossed the aisle—Sens. Susan Collins of Maine, Mitt Romney of Utah, and Lisa Murkowski of Alaska—have announced support as well.

Senator Lindsey Graham (R-SC) chose not to vote at all, despite supporting her advancement to US Court of Appeals in 2021.

Jackson, 51, attended Harvard University, served as a public defender, worked at a private law firm, and was appointed as a member of the U.S. Sentencing Commission in addition to her nine years on the federal bench.

Jackson is the justice, in 55 years, since Thurgood Marshall—the first Black justice appointed—to be appointed with experience as a criminal defense lawyer.

Jackson will replace Justice Breyer, who she clerked for during the Supreme Court’s 1999-2000 term.

Jackson will officially take her seat on the court once Judge Breyer retires when the term ends in June/July.