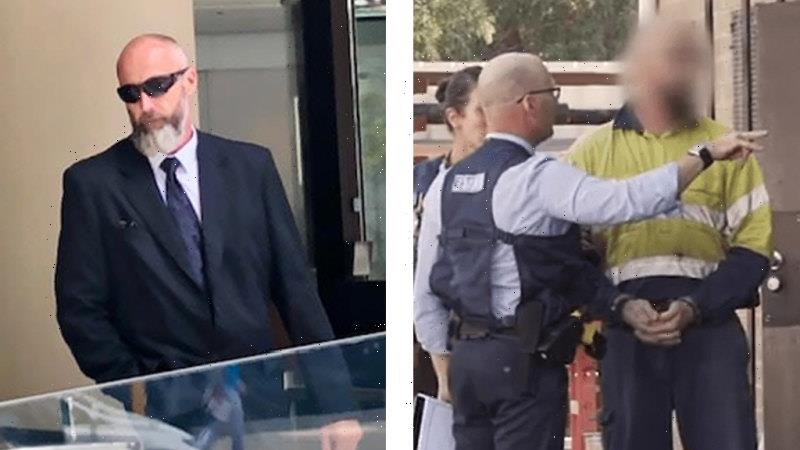 A former West Australian police officer has been found guilty of drugging and raping 13 women he mostly met online during a pattern of abuse which spanned more than a decade.

Adrian Moore, now 52, initially denied the 87 allegations against him, claiming the women consented to engage in bondage and other masochistic sexual acts between 2007 and 2018. 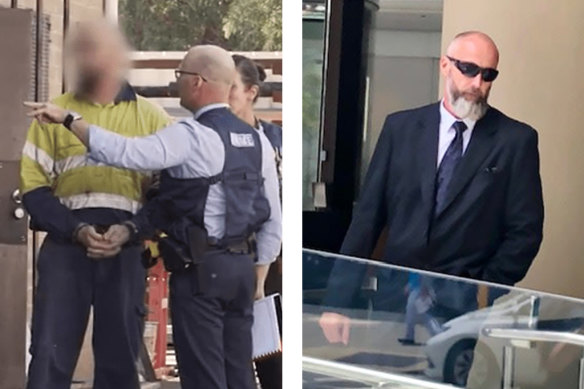 Adrian Trevor Moore being arrested by police, left, and at a prior court appearance.Credit:WA Police/Phil Hickey

But after five weeks on trial in the Perth District Court, where all 13 women gave evidence and the court was played seized video recordings taken by Moore of the abuse, the jury found him guilty of all charges.

It took the jury six hours to convict him.

During the first day of the trial, state prosecutor Adam Ebell said police had hundreds of images and videos — found on a hard drive in a locked safe in Moore’s home — that he had taken of 11 out of the 13 women without their knowledge, which proved they were stupefied and unable to consent on at least one occasion each.

Ebell said Moore would first meet up with the women, including through dating websites RSVP, Tinder and Plenty of Fish, gain their trust by telling them he was a police officer, then use a drink to drug them and rape them.

Some of the women were in longer relationships with Moore, while others only spent one night with him. They were also mostly unaware they were being filmed, or had asked Moore to stop or delete the files, which he told them he did.

Moore was arrested at his Kelmscott home in 2018, where police uncovered the images and a document titled “Girls I’ve F—ed 2016,” which included names and locations, what he had done with them and a score.

Ebell said this was all proof Moore forced a series of degrading sex acts on the women, including urinating in their mouths, making them perform sexual acts with a dog and slapping and hitting them.

He said some women recalled feeling internal and external pain and waking up to swelling, bruises and bleeding they had no recollection of receiving.

Moore will be sentenced at a later date.