EXCLUSIVE: ‘Good Wife’ Julianna Margulies tells how she was duped into a late night hotel room ‘audition’ with a gun-wielding Steven Seagal as she was vying for her first acting role, in new memoir

Emmy award-winning actress Julianna Margulies, now 54, went on her first callback to read for the role of a hooker with a heart of gold that she hoped would win her a SAG card – and her very first film or television role – only to find herself in a NYC hotel room alone with action star Steven Seagal.

Seagal pulled out a gun from under the sofa cushion and suggested she follow him into the bedroom, she writes in her new memoir, Sunshine Girl: An Unexpected Life.

Margulies had never heard of Seagal when the casting director of his film, Out for Justice, called at 10pm and suggested she audition for the actor that very night in his hotel room.

With her head covered in mayonnaise for an overnight shine treatment, Margulies didn’t see a way out and decided she had to go if she wanted the part. She unsuccessfully tried to wash out the condiment and called a car service. 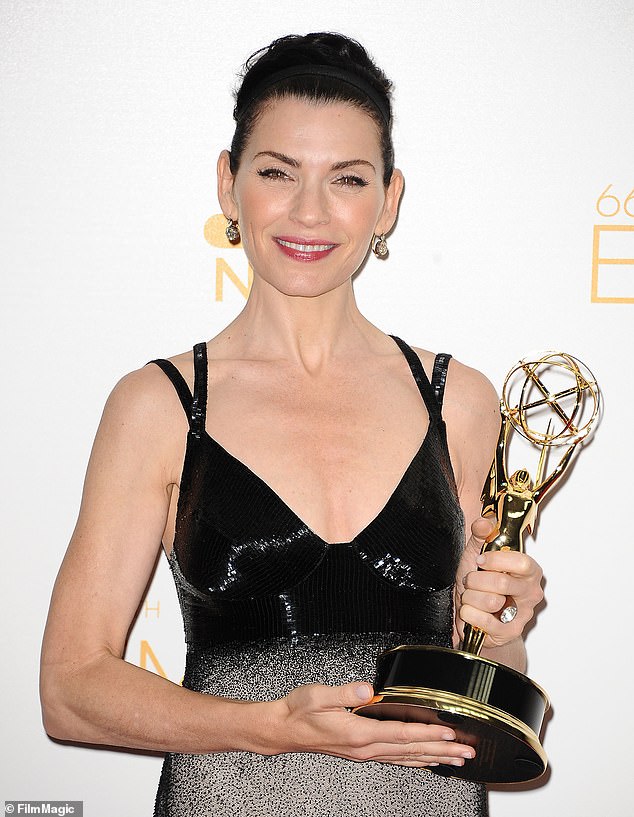 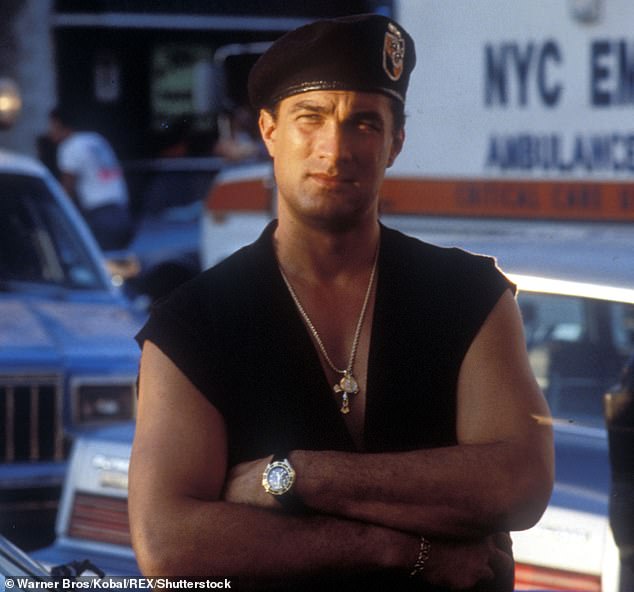 She writes that her first callback for a role in Out for Justice found her alone in a hotel room with a gun-wielding Steven Seagal at 10pm. Seagal is pictured in the 1991 film 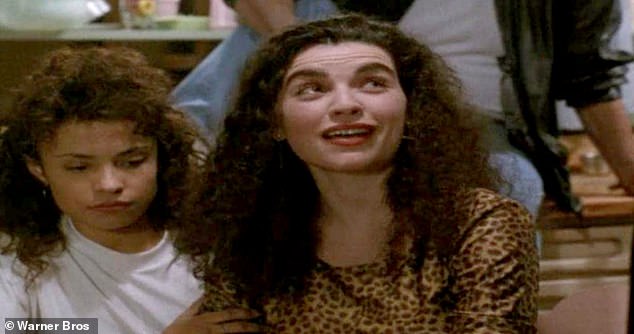 She got the role (pictured in the film) but said, ‘I didn’t want to be left alone in a room with Seagal, ever. Getting paid to act was the dream I had been waiting for’

Wearing a Cheshire grin and a black velour tracksuit unzipped, his shaved chest revealing a gold chain, Seagal invited Margulies in with a smarmy whisper and ushered her over to the sofa where she sat down on something hard, she writes.

She jumped up quickly and Seagal retrieved a large gun from under the cushion, saying, ‘Whoops, must have left my gun there’.

‘I need this, see, there are all sorts of crazies out there, so I need to protect myself’. 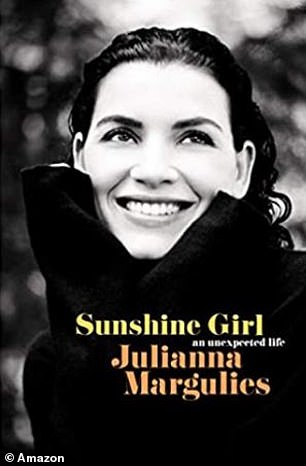 Margulies’ memoir is out everywhere Tuesday, May 4

He started waving it in the air while suggesting they retire to the bedroom where he could lie down and read her palms.

It was the first gun Margulies had ever seen and knew she had to keep calm because no one knew where she was.

The casting director had promised she’d be there and said it was Julianna’s best chance of getting the role but she was a no show.

‘Now I began to understand that I had been duped, put into a situation beyond my control’.

‘Pretending I wasn’t sh*tting myself was the best course of action. Just start talking, say something, deflect…’.

She chattered away about the character, the audition, the writing while Seagal remained silent until he told her he had to lie down.

She followed him in but knew she had to talk her way out of this.

‘I had no chance of survival against a giant with a gun’.

Seagal put the gun down on the bedside table, stretched out on the bed and told her he was a healer and could divine what ailed her by studying her palms.

Looking at the lines in her palms for a long time, he said she had decaying kidneys and he could heal them.

She looked at the clock that just struck midnight, stood up, backed out of the room and bolted for the door. He followed for a few steps and then stopped.

Seagal greeted her with a smarmy smile the next day at the audition but her worries were over. She got the part.

She was flown out to LA for the two-week shoot, and asked that someone from hair and makeup always be with her.

‘I didn’t want to be left alone in a room with Seagal, ever,’ she writes. ‘Getting paid to act was the dream I had been waiting for.

‘I wasn’t about to let him spoil that’.

‘The ball was rolling. I was now officially a working actor’, she writes, and by age 25, Julianna was acting in off-Broadway plays, regional theatre and guest-starring roles in TV. 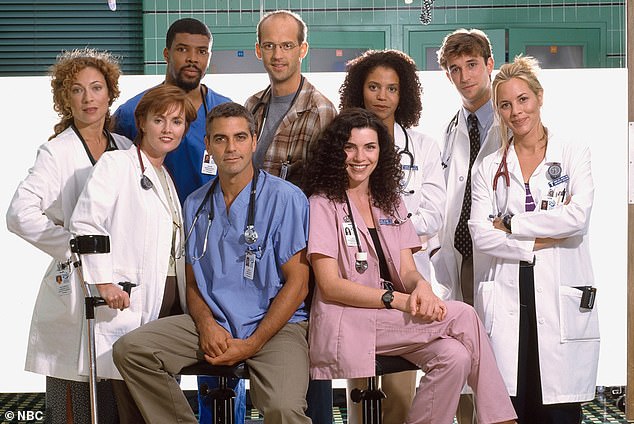 She tells how a call came in to audition for a new TV pilot written by Michael Crichton and produced by Steven Spielberg – with George Clooney as one of the leading men. The show wa hospital drama ER, which set her career on its path 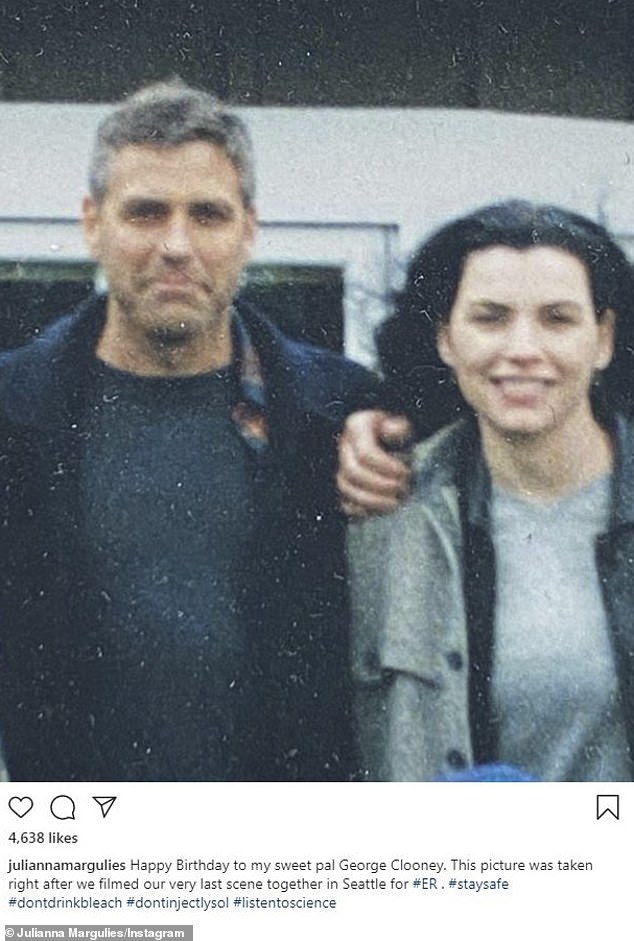 ‘Till the day I die I will be thankful to Tom and George Clooney’, Margulies writes. She posted a photo of the paid on the last day of filming

A call came in to audition for a new TV pilot written by Michael Crichton and produced by Steven Spielberg – with George Clooney as one of the leading men.

Steamed at having to wait two hours before being called in for her audition, Julianna stood up and was about to leave when her name was called.

Angry, she read the lines too tersely and was promptly told she wasn’t right for the part but was asked to read for another part. She reluctantly agreed and went home expecting a negative response.

But the call came saying they wanted her for the role of Nurse Hathaway on ER for the pilot.

Her character died but she was paid $20,000 and flew back to New York.

Screenwriter and producer, Tom Fontana, offered her the role of a series regular on the show, Homicide: Life on the Street, filming in Baltimore.

The network wasn’t behind Fontana’s decision, who had cast Julianna in a pilot the year before.

They were looking for an all-American girl and viewed her as too ethnic looking for the part.

Fontana won the fight but it was something Julianna heard a lot during her early years in acting.

‘What is she? Black? Hispanic? Black Irish? I never heard Jewish, but the feedback was, more often than not, that I looked un-American’, Margulies writes.

Auditioning for Jungle Fever, Spike Lee asked, ‘There’s no black in you at all, is there?’

Sidney Lumet auditioned her four times for a role and then finally asked, ‘Ummm…are you black at all?’

‘Not black, Jewish actually’, she answered and didn’t get the part.

Excited about the Homicide offer that promised steady income and a mouse-free apartment, Julianna decided to clear her head and go for a run knowing she was going to accept the role.

But when she got back to her apartment, there was a message from George Clooney suggesting that if she was thinking about taking another job, she might want to hold off.

‘I think they are going to offer you something on ER’, he said.

But her character had overdosed in the pilot and was DOA on a gurney. Shocked, she called Clooney.

He had overheard Steven Spielberg and executive producer John Wells talking about keeping her character on the show.

When the pilot aired, the audience wanted to see more of her character so they were willing to resurrect her. 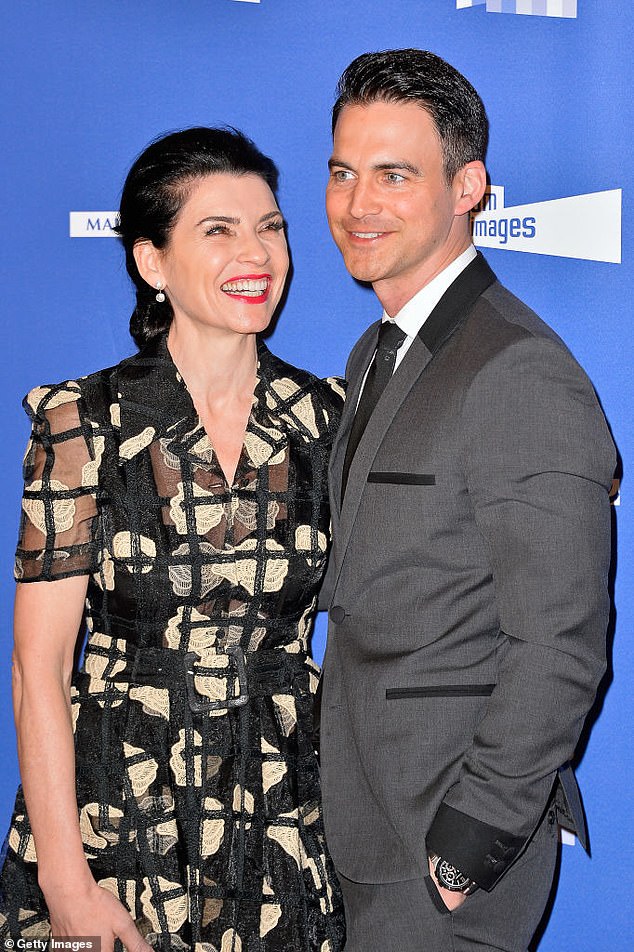 Margulies married Keith Lieberthal. ‘This was the man I wanted to share my life with. Never in a million years had I thought I would ever feel that way about anyone,’ she writes

Now Julianna was in a quandary with a firm offer from Homicide and a possible offer from ER, the latter a crapshoot because it would be a first season show.

Her friend, Tom Fontana suggested she take the risk and wait for an offer from E.R.

He would find her a role on Homicide if E.R. didn’t come through. But it did and she became Nurse Hathaway from 1994-2000.

‘That decision changed my life. Till the day I die I will be thankful to Tom and George’, Margulies writes.

he first Christmas season on the show, Clooney surprised the cast with bicycles with their names engraved on them.

‘It was so fun riding around the lot, swerving around these huge airplane hanger like buildings, seeing Dean Cain’s Superman cape waving in the breeze as he stepped out for a break’.

‘This life was too surreal – this Hollywood world I had always heard about but never thought I could be a part of. Yet there I was with my very own parking space; I couldn’t believe my luck’.

Margulies won a Primetime Emmy Award for her role on ER and went on to star in the legal show, The Good Wife that still today engenders gossip of a protracted feud between Margulies and co-star Archie Panjabi.

But Margulies doesn’t address that in her book nor does she mention the name of her boyfriend of ten years, an actor.

But she describes that relationship as manipulative and crippling.

She would later spend hours in therapy analyzing why she didn’t leave sooner.

She tried to change herself to make it work but her efforts failed to affect his controlling behavior and she stayed too long dealing with his baggage.

‘At thirty-five I woke up’, she writes. ‘I could not keep living in this state of joylessness, realizing that I would rather be alone than in a relationship that ultimately made me more lonely’.

Margulies moved back to New York in 2004.

Over a celebratory birthday toast with agent/friend Tony Lipp, whom she didn’t hire because she thought his agency was too big, she saw ‘a tall, dark and extremely handsome man with piercing blue eyes’ hanging out at the bar but with Tony’s party.

She was introduced to Keith Lieberthal.

They started talking and finding him flirtatious, she thought she needed to stop him and tell him she didn’t date actors.

He proposed to her in Paris in November 2007 after a year together.

‘This was the man I wanted to share my life with. Never in a million years had I thought I would ever feel that way about anyone,’ she writes. 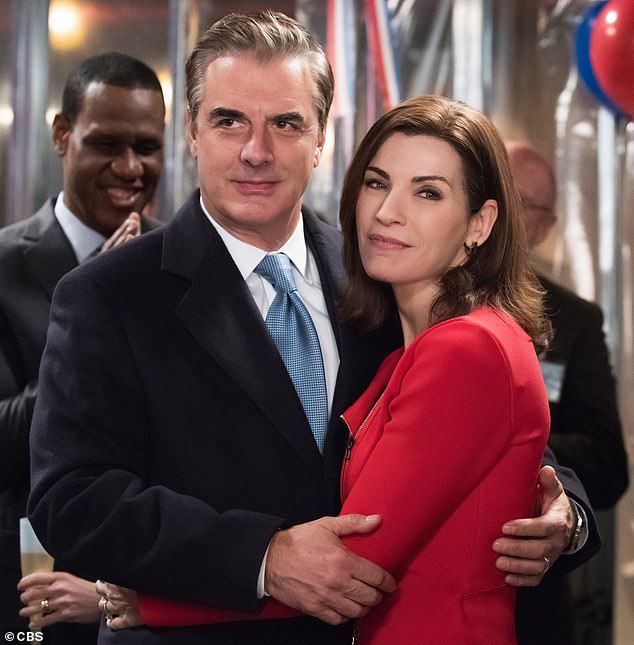 Margulies won a Primetime Emmy Award for her role on ER and went on to star in the legal show, The Good Wife (pictured) that still today engenders gossip of a protracted feud between Margulies and co-star Chris Noth

Margulies still had to overcome a profound personal fear of what she calls the ‘ever-present unpredictability’ of her childhood after her parents separated when she was age one.

Her father, Paul, a successful Madison Avenue adman, moved to Paris when he departed the nest in Spring Valley, New York just north of Manhattan.

Her mother, Francesca, an expressive movement, Eurythmy teacher and ballet dancer, chose not to be left in the suburbs with three daughters, and fell into a pattern of hopscotching across the Atlantic chasing her own spiritual development and dancing career in England, Germany and back to the East Coast.

The chaotic upheaval from continent to continent created high anxiety and anger that Julianna realizes allowed her to fall into a negative dominating relationship with the unnamed actor.

When she walked away from ER in 2000 after her six-year contract was over and refused to sign for an additional two years, she didn’t know that she would be offered $27 million for that extension.

But she had made the decision to ‘learn more’ with some serious soul searching.

‘I know for certain had I stayed for those two extra two years, I wouldn’t have this life I have now, and there is no place else I would rather be’.