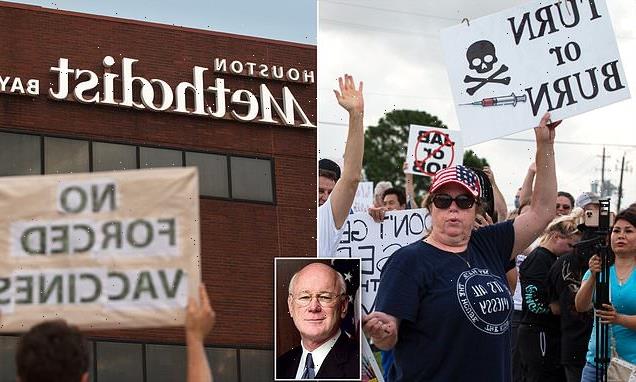 Hospital employees must get COVID vaccine or find a new job, judge rules as he slams contention that vaccines are ‘experimental and dangerous’

A federal judge threw out a lawsuit filed by employees of a Houston hospital system over its requirement that all of its staff be vaccinated against COVID-19.

The Houston Methodist Hospital system suspended 178 employees without pay last week over their refusal to get vaccinated. Of them, 117 sued seeking to overturn the requirement and over their suspension and threatened termination.

In a scathing ruling Saturday, U.S. District Judge Lynn Hughes of Houston deemed lead plaintiff Jennifer Bridges´ contention that the vaccines are ‘experimental and dangerous’ to be false and otherwise irrelevant. 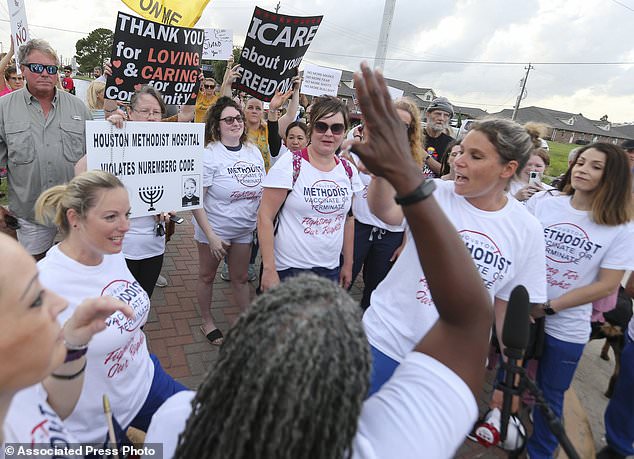 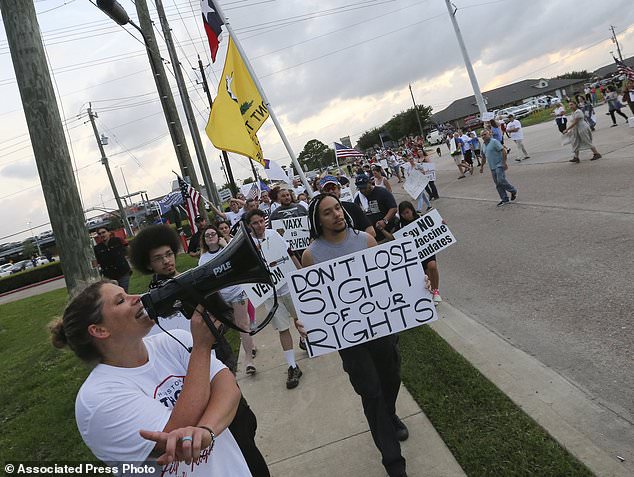 Jennifer Bridges, left, leads people marching past protest Houston Methodist Baytown Hospital to protest against the hospital system’s rule of firing any employee who is not immunized

He also found that her likening the vaccination requirement to the Nazis’ forced medical experimentation on concentration camp captives during the Holocaust to be ‘reprehensible.’

Hughes also ruled that making vaccinations a condition of employment was not coercion, as Bridges contended.

“Methodist is trying to do their business of saving lives without giving them the COVID-19 virus,” Hughes wrote in a five-page decision. “It is a choice made to keep staff, patients and their families safer.

‘Bridges can freely choose to accept or refuse a COVID-19 vaccine; however, if she refuses, she will simply need to work somewhere else. If a worker refuses an assignment, changed office, earlier start time, or other directive, he may be properly fired. Every employment includes limits on the worker’s behavior in exchange for remuneration. That is all part of the bargain,’ Hughes concluded.

Jennifer Bridges (pictured), who was among the suspended, was\s leading 117 employees in a lawsuit against the hospital which has now been thrown out 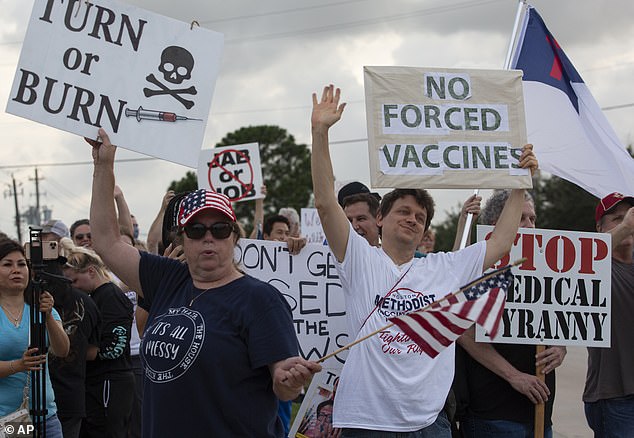 Marc Bloom (pictured), CEO of the hospital system, released a statement saying he stands by the decision to make employees get vaccinated

The judge said Texas law only protected employees from being fired for refusing to commit an illegal act and that the requirement is consistent with public policy.

Jared Woodfill, a Houston lawyer representing Bridges and the other clients, promised an appeal.

‘All of my clients continue to be committed to fighting this unjust policy,’ Woodfill said in a statement.

‘What is shocking is that many of my clients were on the front line treating COVID-positive patients at Texas Methodist Hospital during the height of the pandemic. As a result, many of them contracted COVID-19. As a thank you for their service and sacrifice, Methodist Hospital awards them a pink slip and sentences them to bankruptcy.’

‘No one should be forced to put something into their body if they’re not comfortable with it,’ Jennifer Bridges, a nurse who has worked at the hospital for more than six years, told The Texan.

‘People trying to force you to put something into your body that you’re not comfortable with, in order to keep your job, is just insane. I’m not an anti-vax person. If you want to get it, by all means, get it. I don’t take that away from anybody Just let everybody have a choice and the right to make their own decision.’

Employees had a June 7 deadline to complete their immunization.

The federal government’s Equal Employment Opportunity Commission ruled in December 2020 that employers could legally set vaccine requirements for their workforce, with certain exceptions.

The hospital system became the first in the U.S. to set a coronavirus vaccine requirement in April.

Houston Methodist hospital suspended 170 employees who failed to get vaccinated by the June 7 deadline have been suspended for two weeks without pay. Many will likely now be fired 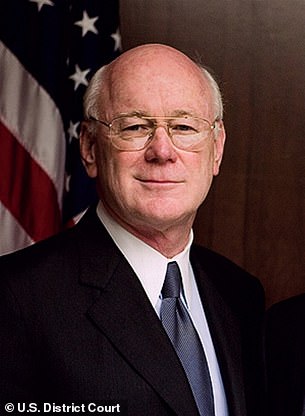 ‘As health care workers we must do everything possible to keep our patients safe and at the center of everything we do,’ said the hospital system’s CEO, Marc Bloom in an email to employees.

‘By choosing to be vaccinated, you are leaders – showing our colleagues in health care what must be done to protect our patients, ourselves, our families and our communities.’

The hospital system first told its administrative staff and new hires to get vaccinated by mid-April before extending the deadline to early June.

Two employees chose to leave the hospital system instead of getting vaccinated at the time.

The system also offered employees $500 if they got vaccinated early on in the rollout of the shots. 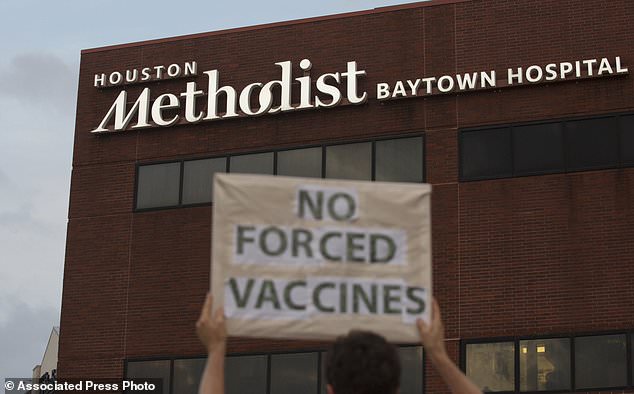 In a Tuesday memo, Bloom called the lawsuit frivolous and said it was pleased with the judge’s decision.

24,947 employees had complied with the vaccination requirement and that 27 of the 178 others had received the first of a two-dose vaccine and wouldn’t be fired if they got their second.

The rest are subject to termination. 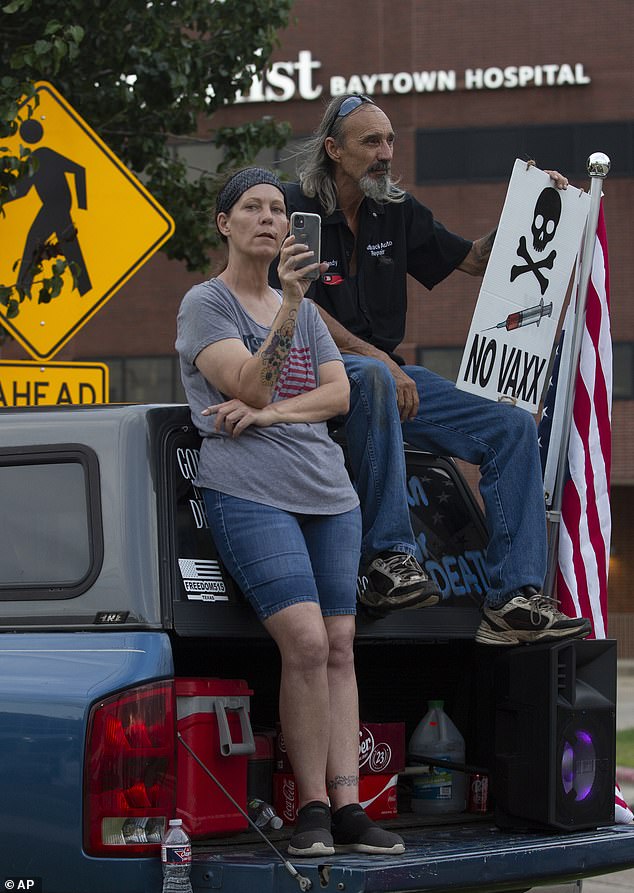 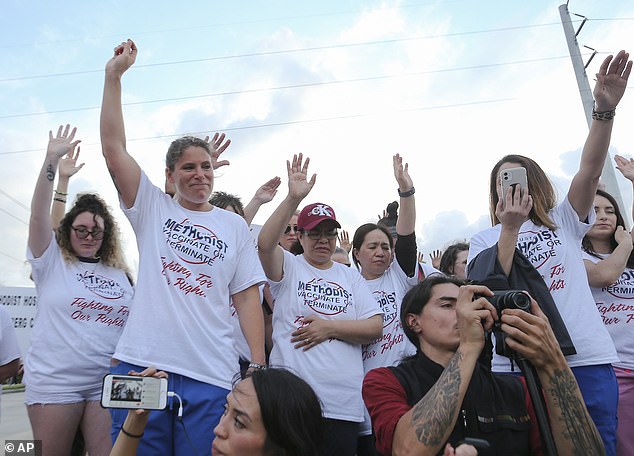 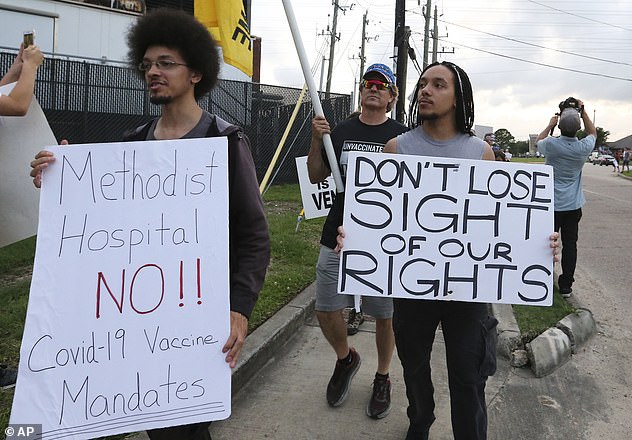 He also wrote that 285 other employees received medical or religious exemptions, and 332 were deferred because they were pregnant or for some other reason.

Three vaccines received emergency authorization in the United States, though they have not received full approval by the U.S. Food and Drug Administration.

The vaccines will be allowed as long as the country remains in a state or emergency related to COVID-19, which will be until March 2022 under the current schedule.

Vaccine suppliers must submit six months worth of clinical data to the FDA for full approval, and the application to receive full approval often takes six months to review.

Currently, only Pfizer has applied for full approval.