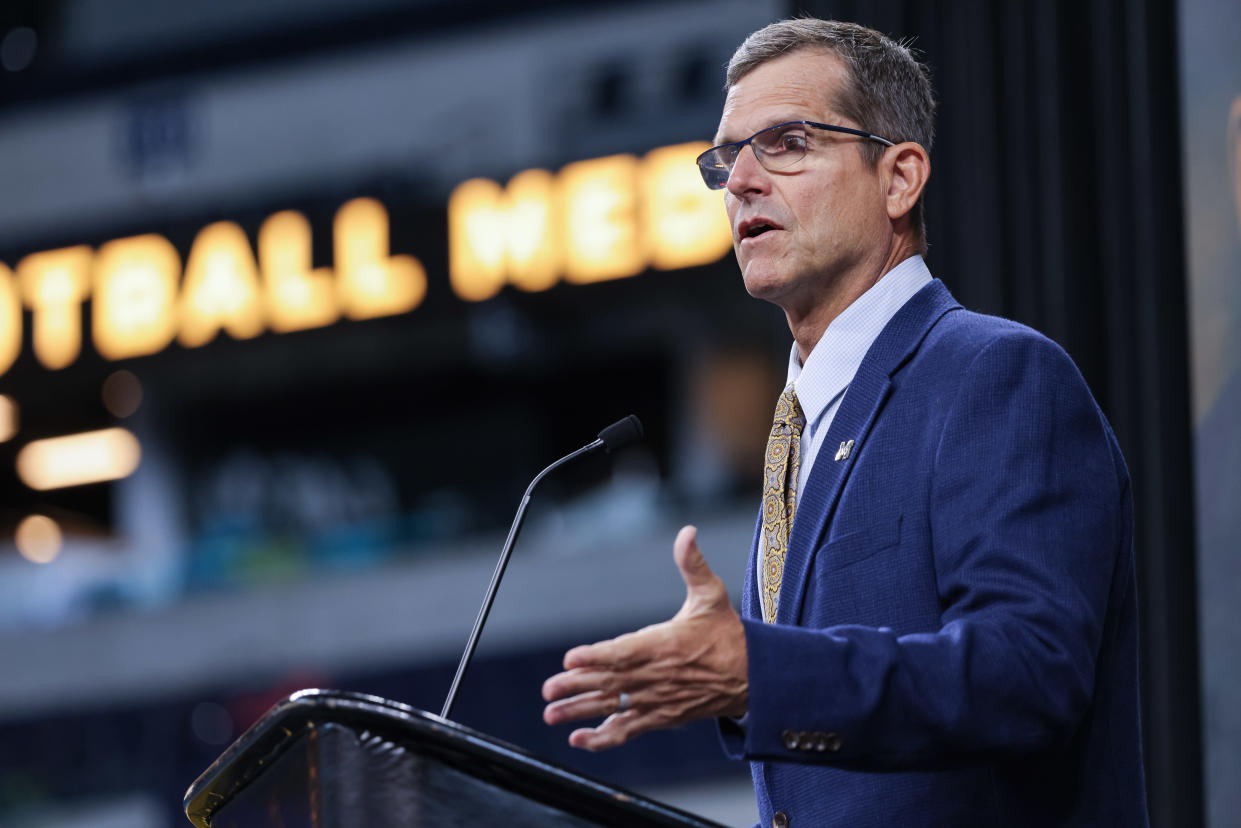 Michigan head coach Jim Harbaugh is vowing to raise the child of any player or member of the Michigan football team staff if the child needs a home.

Harbaugh is a Catholic and devout anti-abortion supporter. He recently spoke at a Catholic anti-abortion event and told ESPN in a weekend interview that the topic needs to be discussed “with respect” in light of the recent Supreme Court decision that allows states to implement bans on the practice.

The longtime Wolverines coach said at the Plymouth Right to Life dinner on July 17 that he believed in “having the courage to let the unborn be born” and that he believed that the potential life of an unborn child should always receive priority when it comes to abortion.

On Saturday, he told ESPN how he and his wife Sarah are willing to back up their strong beliefs about abortion.

“Any player on our team, any female staff member or any staff member or anybody in our family or our extended family … that doesn’t feel like after they have a baby they can take care of it, we got a big house. We’ll raise that baby.”

Harbaugh has been open about his Catholicism during his time at Michigan. The team went to Italy in 2017 and visited the Vatican. He has also been outspoken about social justice issues, speaking out in the wake of George Floyd’s murder in 2020 and he has voiced support for his former San Francisco 49ers QB Colin Kaepernick.

Abortion did not come up at Harbaugh’s Big Ten media day appearance on Tuesday. Harbaugh took to the stage as the coach of the defending Big Ten champions for the first time in his career and was not asked about the topic or anything else outside of football during his time at the podium.

Michigan enters the season with nine starters back on offense after the school’s first College Football Playoff berth. The Wolverines do, however, need to replace seven starters from a defense that allowed just 17 points per game in 2021 before a 34-11 loss to Georgia in the Orange Bowl.