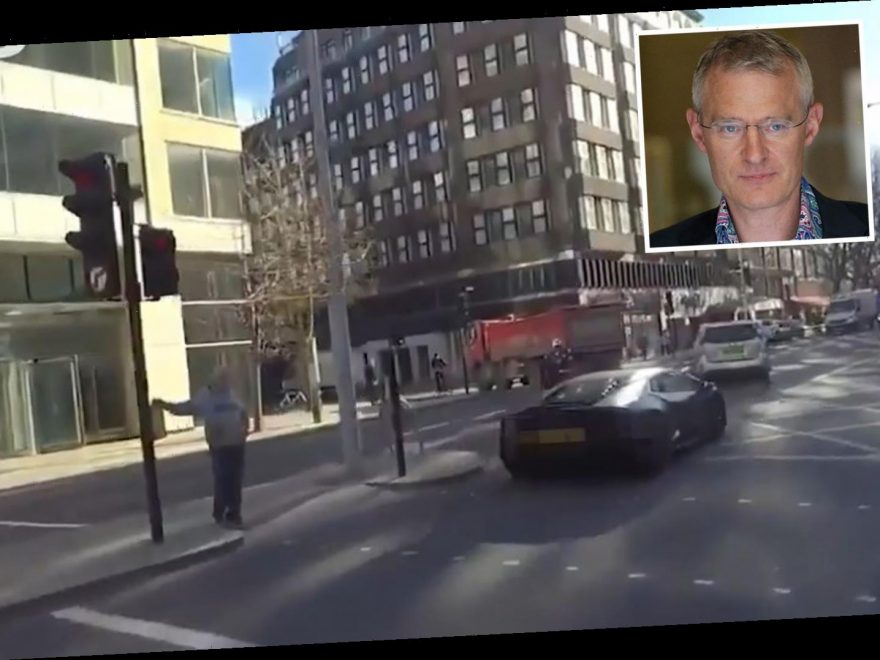 JEREMY Vine has blasted police after he sent them footage of a Lamborghini driver running a red light – only to be told the driver wouldn’t be prosecuted.

The presenter, 55, sent cops the proof after he picked it up on a camera mounted to his bike while cycling around London. 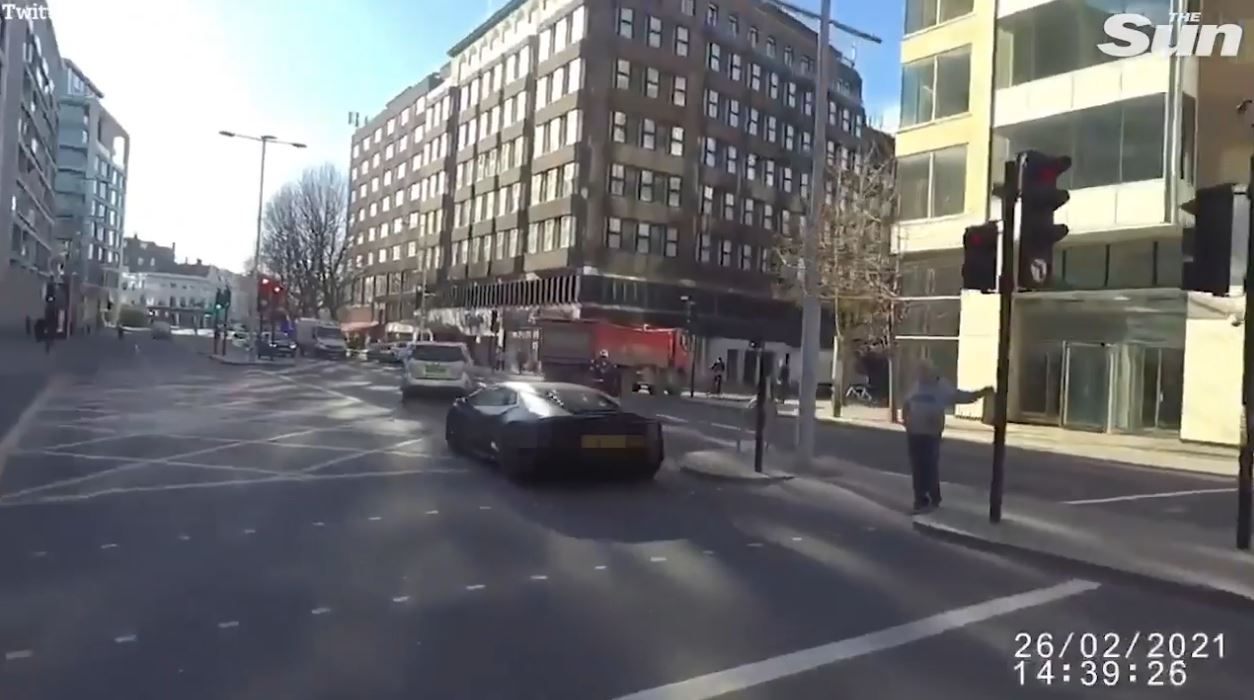 It clearly shows the driver behind the wheel of the £200,000 vehicle breaking the law by ignoring the red light at a junction.

Posting the video on Twitter, he revealed that he thought it would be the “easiest bust” the Metropolitan Police would ever have.

But to his astonishment cops said no further action would be taken after giving the driver a warning.

He tweeted: “I recently reported this Lamborghini driver.

“You'll see from the still pic that he ran a red light. In fact, the whole body of his car was on the wrong side of the line.

“This driver had been somewhat erratic in the half-mile leading up to the lights, so I reported him to the police, expecting this to be about the easiest bust the team would ever have.

“To explain, if you live in the Met Police area, you can access a truly brilliant portal where you can directly upload this kind of footage.

“But I had a letter back from the cops saying the Lamborghini driver would NOT face a fine, only a written warning.” 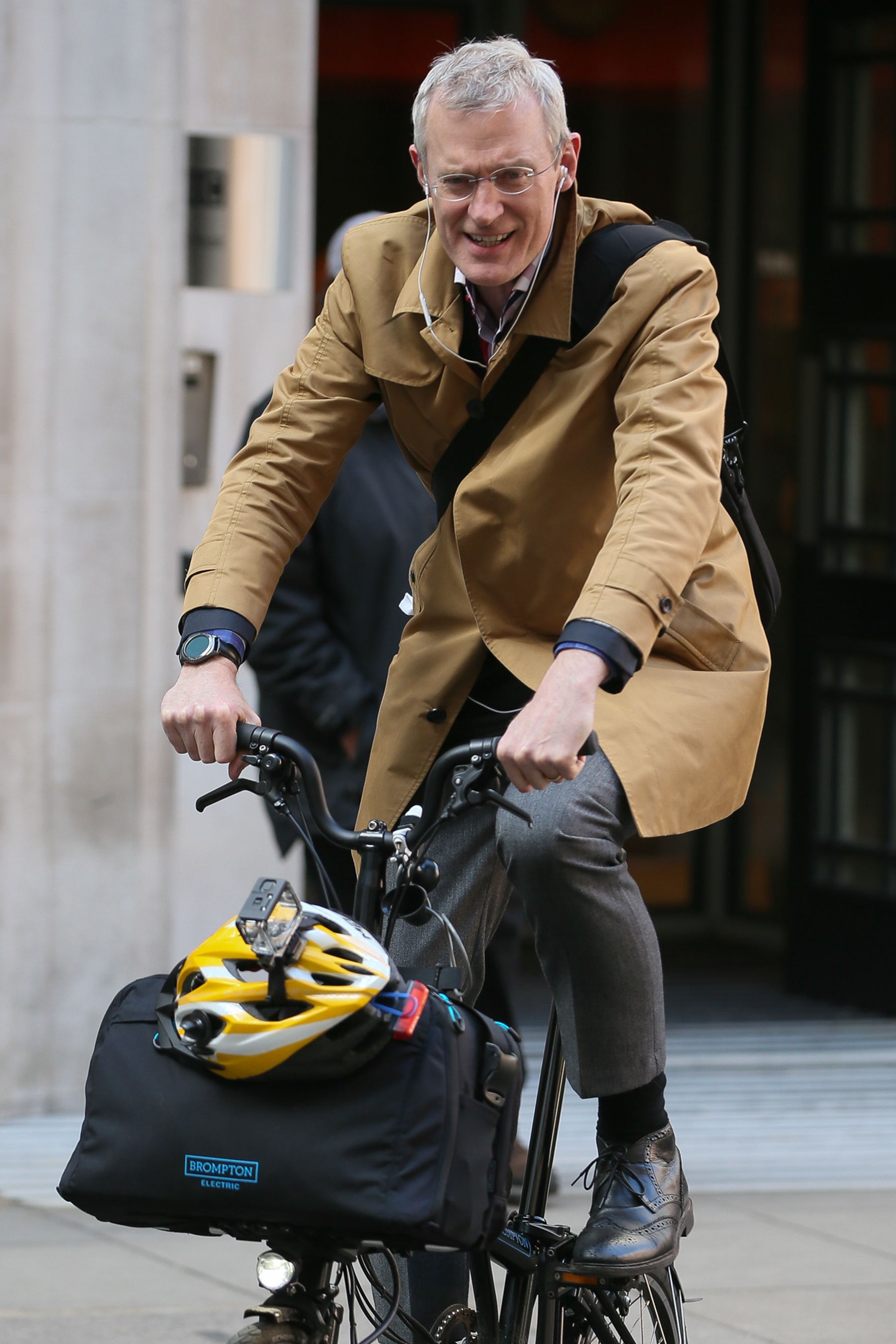 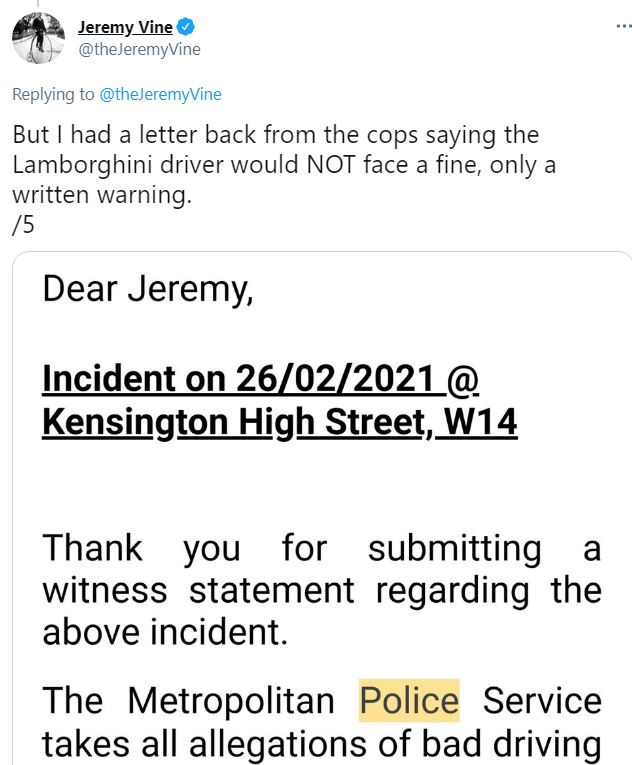 Vine said he let this “sink in” for a few days but has been left baffled by the decision.

He added: “Going through a red light with your entire car must be an offence, surely?

“So if the footage proves it, why isn't the driver getting a fine and points?

“I asked ‘If it's illegal to go through a red light, why aren't you ticketing the Lamborghini driver?

“He said a principle has been established that you require an additional factor to ticket the driver. 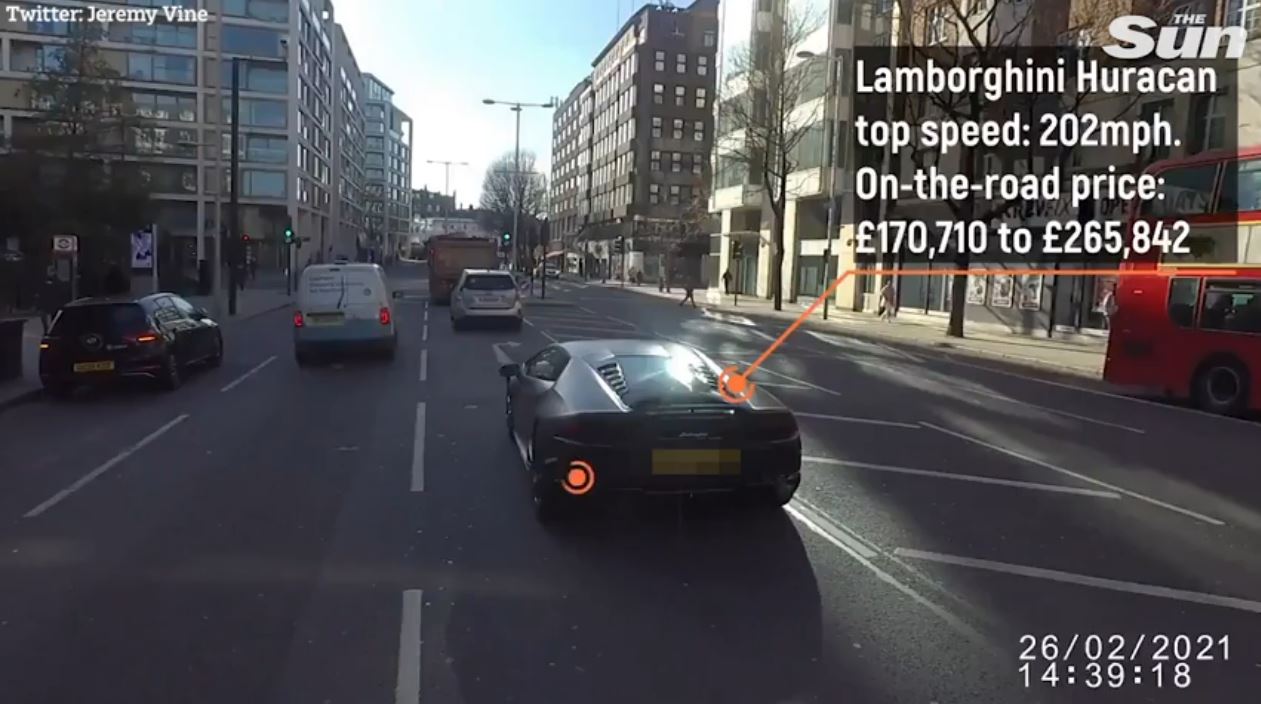 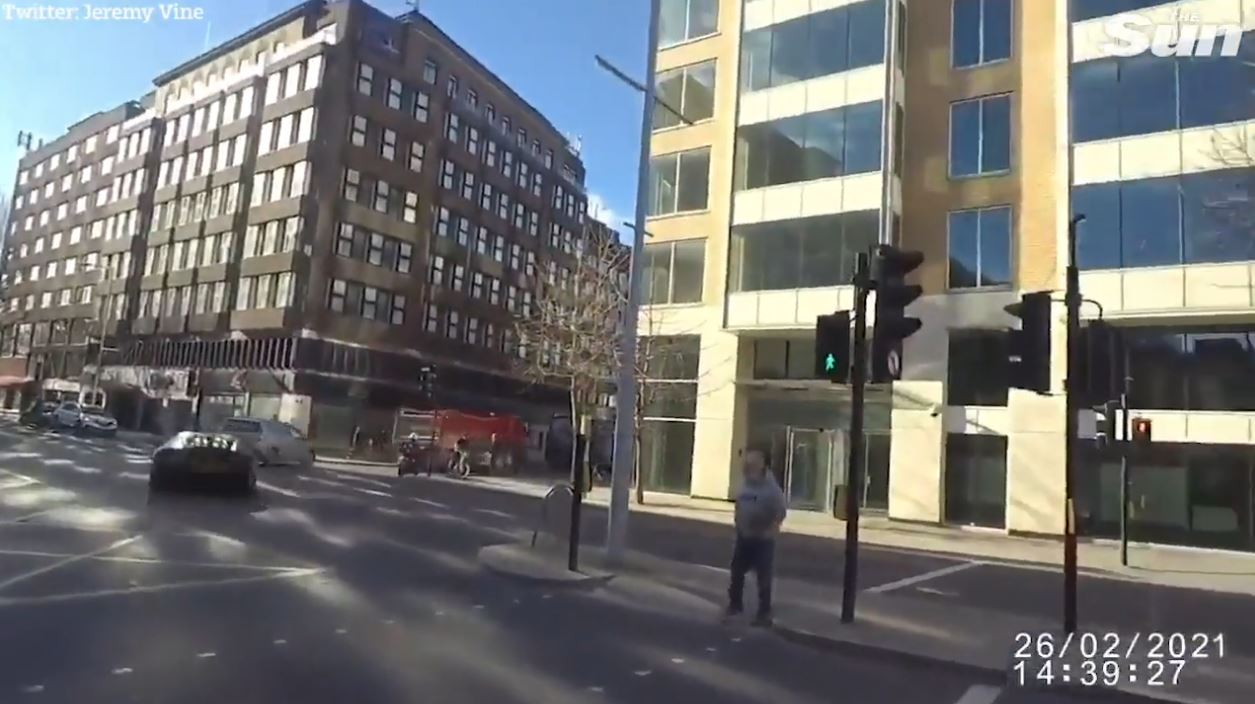 “The police said the reason for this situation was that specialist law firms had successfully defeated a series of red light prosecutions.

“They had done this by establishing that some traffic lights were badly positioned – a driver might create danger by slamming the brakes on.

“They argued those lights needed one second’s grace.

“They then successfully argued that to be fair, it should apply to all red lights.

“I was astonished by this.”

ADVICE FROM THE POLICE ON REPORTING DRIVERS

Vine added that the online portal has had so many incidents reported that it has crashed, according to cops.

In 2016 Shanique Pearson, 22, ended up in court after she was caught in a road-rage bust up with Vine as he cycled to work.

The clip, which he posted on social media, shows him being tailgated by a black Vauxhall.

Worried the car was too close, he stops in the road before she jumps out and yells: "Why did you do that? Do you not respect your f***ing life?”

A Met Police spokesman said: "The Metropolitan Police Service takes all allegations of bad driving seriously and is committed to road safety and improving driver behaviour.

"After reviewing the evidence provided, it has been determined that the best course of action in this case is to warn the owner/keeper of their conduct regarding their driving.

"A record of the incident will be kept within this office."