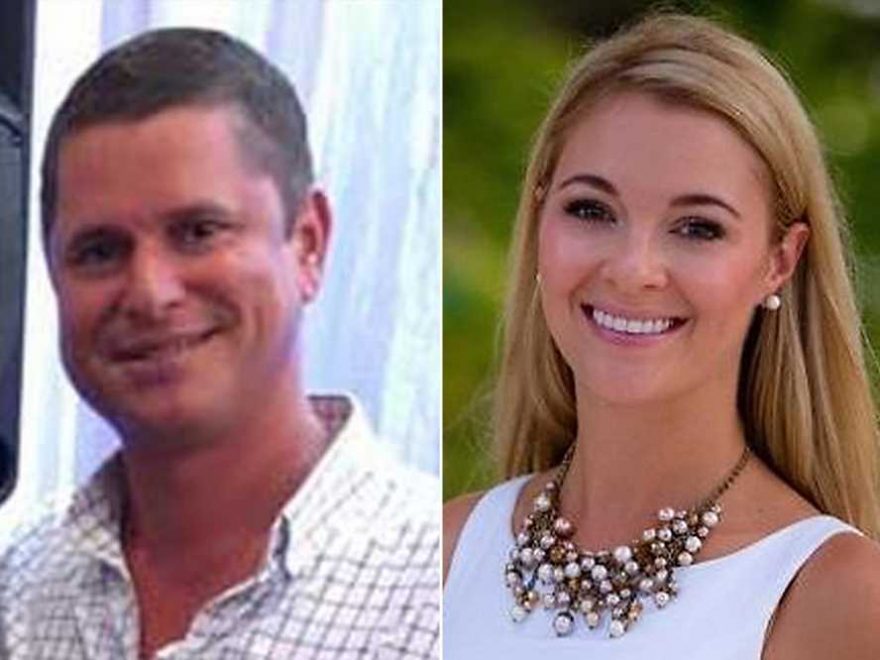 Jasmine Hartin, the wealthy socialite charged with the shooting death of a top Belize cop, is reportedly seen on video berating her longtime partner and accusing him of denying her access to their children.

The mom of 4-year-old twins Charlie and Elle is charged with manslaughter by negligence after officials said she allegedly confessed to accidentally shooting Superintendent Henry Jemmott while handing him his pistol as they defied a curfew and drank together on a pier.

He reportedly fell on top of her and then into the water as she wriggled to get free.

The video obtained by the Daily Mail shows Hartin pursuing her common-law husband as he repeatedly says, “Stop! Stop!”

Another woman is heard saying: ‘It’s going in the newspaper, Andrew. You lied to my family, Andrew.”

The encounter reportedly took place Tuesday at the posh Alaia Hotel, which Hartin ran with Andrew before the 42-year-old top cop was killed in San Pedro island.

A second video recorded Tuesday shows Hartin being confronted by guards as she approaches Andrew, according to the Daily Mail.

“I’m walking up right now to try to see my kids and all of the girls are on standby. And there’s Andrew too, Andrew’s running so I can’t see my children,” she says.

She has reportedly confessed to authorities that she was practicing loading a Glock when it went off and killed Jemmott on May 28 after a night of drinking.

Hartin said her longtime police pal had suggested that she buy a gun after she attended a party on May 22 in Belmopan, where a man suddenly became aggressive toward her.

Her bail conditions order her to check in to the police station daily. She also was required to surrender her passport and ID, and submit travel requests to authorities.