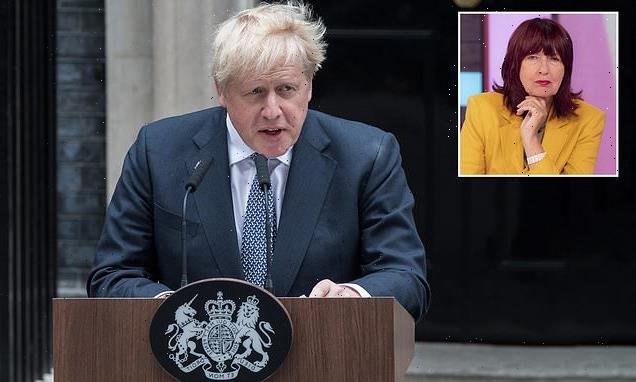 JANET STREET-PORTER: I was looking forward to a Boris-free summer, but now we must endure self-obsessed Tory leadership candidates flaunting their assets like Love Island contestants

It was the moment the greasy piglet had refused to face for so long.

No more hiding behind the posh front door dreaming up get out of jail schemes. Frantically attempting to fill the mounting pile of vacant posts as his leaky ship was sinking fast.

Time to accept the inevitable, put on a clean shirt and smart suit, get behind the official lectern and say goodbye.

Boris put on a brave face, telling us he was sad to be leaving the ‘best job in the world’.

Carrie brought their baby out (possibly to distract attention from her composure), and even the predictable band of Boris Babes – Ben Elliott, Nadine Dorries and Jacob Rees Mogg – seemed glum.

Elsewhere, though, the mood was very different.

Some of us had hastily rehung our Jubilee bunting and were pouring a celebratory midday glass of fizz. Horns were honking and cheers could be heard down the road from where this little charade was being played out. Twitter was throbbing with jokes. The mood was upbeat. AT LONG LAST.

We were looking forward to a Boris free summer, a few weeks without any blathering apologies for parties, cakes, wallpaper and groping. In short, August was looking perfect, no matter what the weather, thanks to the most irritating politician in modern history stepping down.

Sadly, we were wrong. He’s not going anywhere. 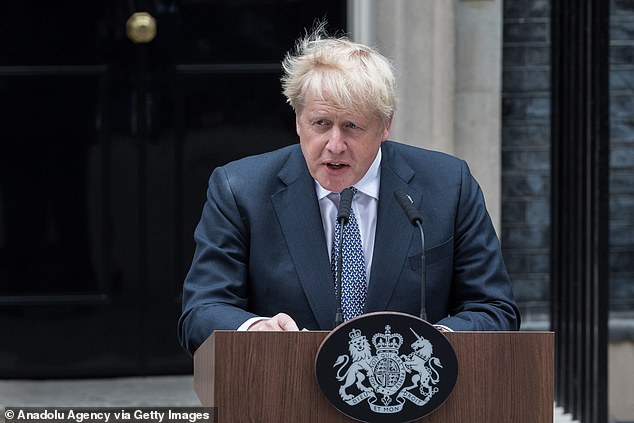 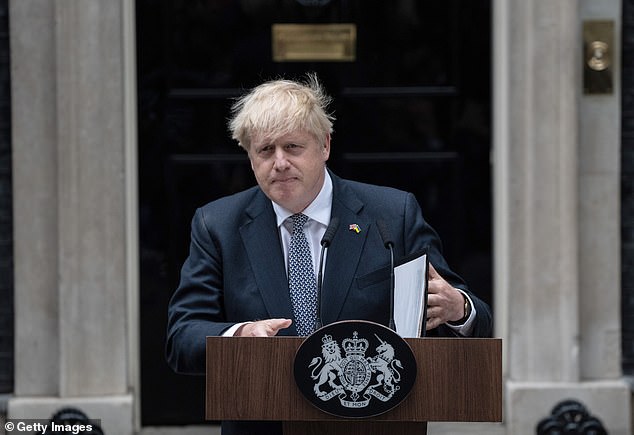 Alexander Boris de Pfeffel Johnson, MP for Uxbridge and South Ruislip, was elected as Prime Minister in the 2019 General Election

After claiming his downfall was not due to anything he might have done or said, but was the result of something called the HERD, Boris stunned onlookers by announcing he would be staying on until a successor was appointed.

The antics and wooing and double dealing we will see over the coming days will put the Love Island boys and girls to shame. Candidates will preen, pose, lie, make promises they can’t keep, diet, get their teeth fixed, take elocution lessons and grovel for cash.

They might have spent the past few days laying low, but now we’ll see their true colours as the gloves come off in the battle to replace Boris.

That could take days, weeks, months, or whenever the 1922 committee (who run Tory leadership elections) rewrite their rules, elect new members, convene an inaugural meeting, get the ballot papers printed, check they are on recycled paper and don’t contain any language which might upset the trans brigade. Then they will hold any number of ballots amongst Tory MPs until only two contestants remain.

And – just as the country loses the will to live, and we start to wonder why the Tory party isn’t led by Uncle Ray, who does a good job at the local Post office, or cousin Judi – she can belt out a song and capture the attention of drinkers at the Dog and Badger – we will enter another milestone in the search for Boris Mark 2.

A voting paper with the two final contenders is sent to Tory party members all over the country to make their choice. That’s if they’re not on a golf course in Spain, a villa break in France, or having a hip replacement.

When their votes are finally counted, the Tory big wigs meet, the lectern is trotted out once more, and a new leader is announced.

Boris and Carrie order the removal men, and maybe try and prise some expensive wallpaper off the wall for their cosy home in south London. 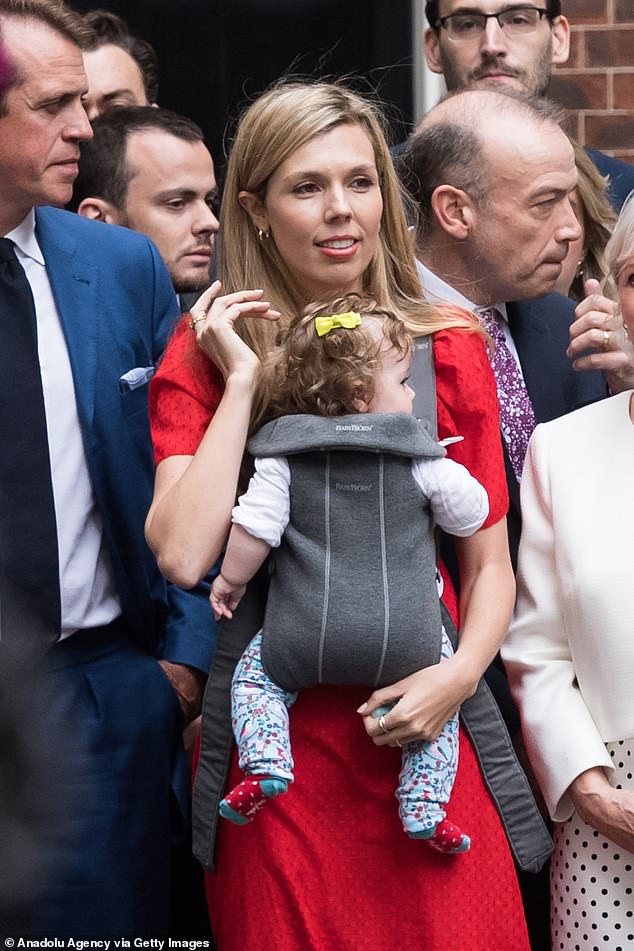 Parliament breaks up on July 21 for the summer recess, returning on September 5th. Either the Tories start moving fast, or- most likely- a new leader won’t emerge until mid-September, and then crowned at the party conference in October.

The life cycle of a tadpole from spawn to a frog is quicker, simpler and easier to understand than the election of the man or woman who will be running Britain.

On ITV, viewers took to social media to vent their outrage when Lorraine and Loose Women were taken off the air for coverage of Boris Johnson’s goodbye. The public are heartily sick of seeing and hearing politicians blathering rubbish because the PM ordered them to tell lies about misbehaviour of one sort and another.

And it took an awfully long time for someone to have the guts to put decency and integrity as top of the list of requirements for holding power and resign.

And who out of the amazingly drab list of contestants to replace Boris might catch your fancy? (That’s if you’ve got a vote).

You might want to Fizz with Liz Truss, nicknamed because potential backers and supporters have been invited to drinks in her office. The Foreign Secretary might be popular with Tory voters, but her naked ambition and strident tone are a turn off whenever she appears on television. She’s rumoured to have taken elocution lessons to sound like her hero Maggie Thatcher, even emulating the Iron Lady’s wardrobe for public appearances. Getting photographed popping out of a tank and sporting a fur hat on a hot day in Moscow seemed a bit desperate.

Or what about Nadhim Zahawi? Turn again man, the chatty and approachable multimillionaire who been promoted from Business to running Covid vaccinations, to Education. When Rishi resigned this week, Zahawi was parachuted into the Treasury. Next morning, he was on a media blitz, telling us his back story and vowing loyalty to Boris. 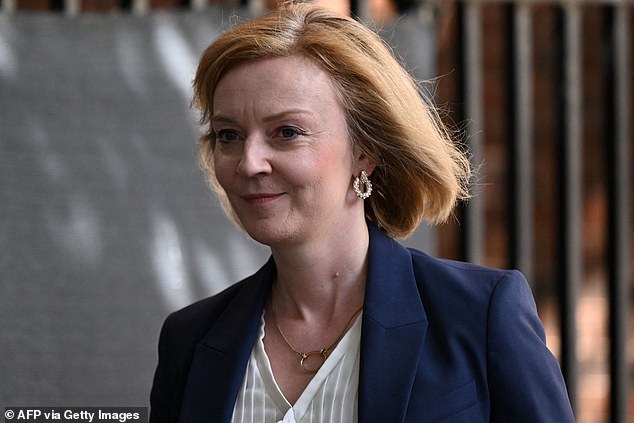 JANET STREET-PORTER: ‘The Foreign Secretary (Liz Truss, pictured) might be popular with Tory voters, but her naked ambition and strident tone are a turn off whenever she appears on television’ 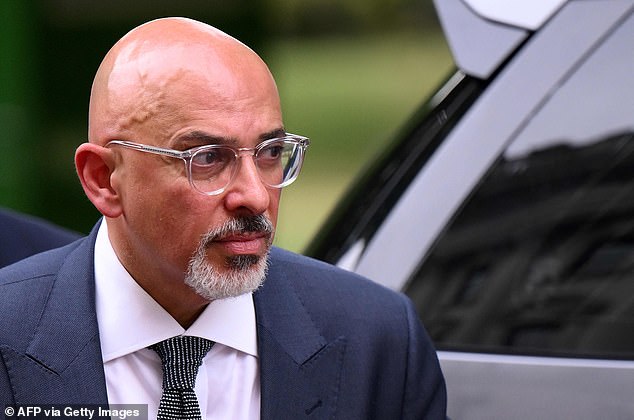 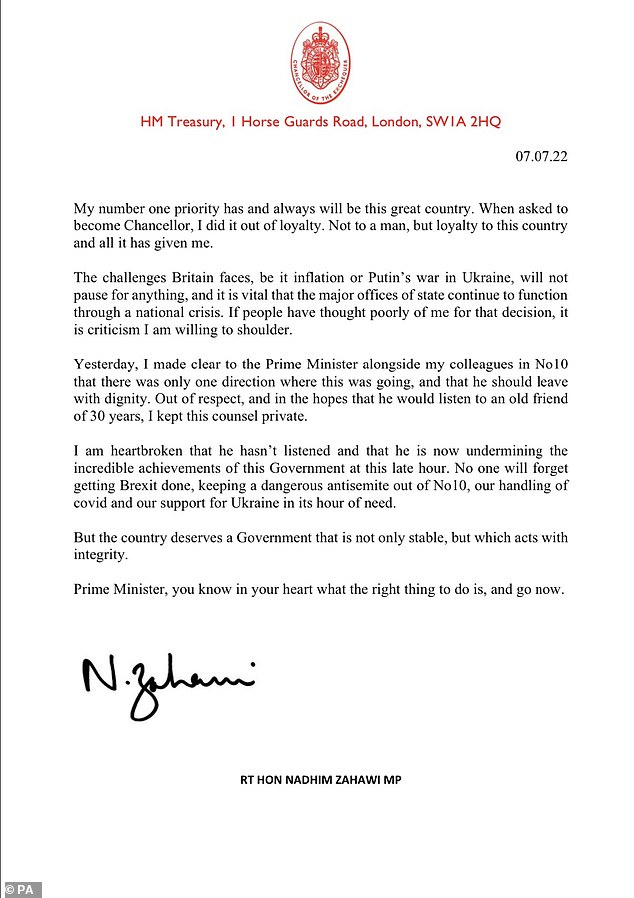 Picture taken from the Twitter feed of @nadhimzahawi showing a letter from newly appointed Chancellor of the Exchequer Nadhim Zahawi, to Prime Minister Boris Johnson, telling him: ‘You must do the right thing and go now’

By 8am on Thursday, everything changed. The new Chancellor released a letter he’d managed to write between parroting the party line in interviews – telling his new boss to resign for the sake of the country.

If Zahawi felt that strongly about personal ethics, why did he grab the Treasury job from a man who he thought wasn’t fit for office?

The values of most Tory contenders don’t seem drenched in integrity, loyalty and all the qualities they claim were responsible for the Prime Minister’s downfall from favour.

Back bench MP Steve Baker, who helped Boris get elected- tells ITV he plans to stand for election (even though 99 per cent of voters have never heard of him). Baker’s not short of confidence, claiming ‘I’ve made a difference. I’ve made the top 5 of potential Tory leaders in polls.

Other leadership contenders are more media-savvy. They include the popular MP s Tom Tugendhat, a former soldier, and Penny Mordaunt, who wore a swimsuit on the ITV Reality show Splash, raising money by diving for local charities. At least she’s Game for a Laugh.

Experts say the successful candidate ought not to have worked for Boris so they will not be ‘tainted’. 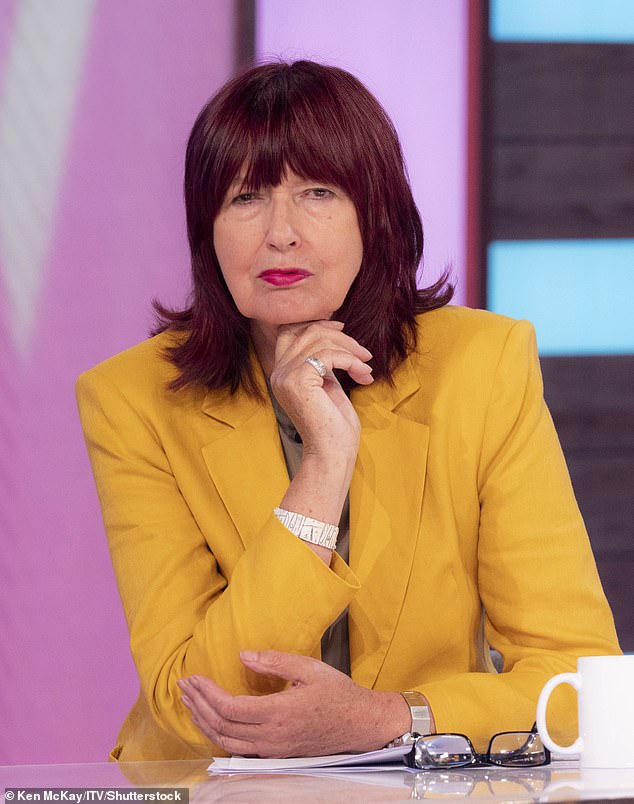 JANET STREET-PORTER: ‘Most leading Tories are exactly like contestants on Love Island, obsessed with flaunting their assets to win a leadership battle that’s become more important than the real reason why all of them were elected – RUNNING BRITAIN in the best interests of their voters’

Others claim that Saj and Rishi are hot contenders because they had the guts to chuck top jobs and make a point about integrity. Talking of loyalty, if the Saj really cared so much about getting the NHS back on its feet, in a week when waiting lists were at an all-time high – why did he walk out of the door and leave workers and patients in the lurch?

Until the Tories find another leader (either ‘tainted’ or not), the best solution would be for Boris to take a long holiday, allowing a dreary, efficient, calm person to take over as caretaker, ensuring that the business of government continues smoothly as we face further catastrophic fuel rises at the end of August and food prices continue to cause widespread debt.

But is there any top Tory willing to step up, forego their own leadership ambitions, and take the helm of the rudderless ship that’s docked in Downing Street?

Sadly, most leading Tories are exactly like contestants on Love Island, obsessed with flaunting their assets to win a leadership battle that’s become more important than the real reason why all of them were elected – RUNNING BRITAIN in the best interests of their voters.