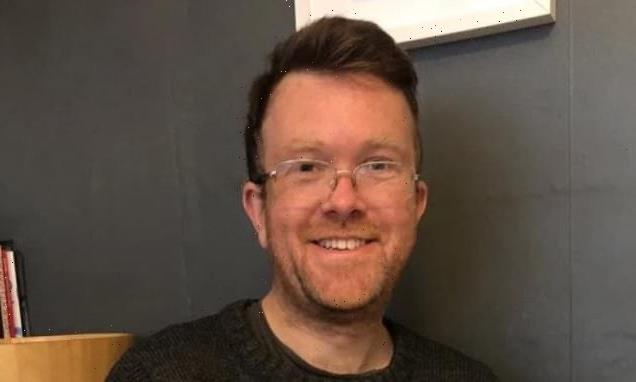 A shameless Insulate Britain eco-zealot imprisoned for helping to bring chaos to Britain’s roads has set up a crowdfunder to help pay his £700 per month rent while he spends Christmas in prison.

Rebel carpenter Oliver Rock was jailed for four months for being one of nine campaigners from the Extinction Rebellion offshoot group who took part in a protest on the M25 on October 8.

But the 41-year-old’s sister Isabel Rock claims he has no savings and has set up a crowdfunder to cover his rent while he is behind bars.

Miss Rock also said the cash will give him some money when he gets out of jail – which could be after just two months.

Furious motorists have slammed Rock’s appeal for financial help on social media, with one raging: ‘Should have thought about consequences.’ Another said: ‘Don’t care how he is managing hope he is miserable he deserves it.’

A third added: ‘Hopefully he glues himself to the cell floor.’

The 41-year-old carpenter from south London, admitted he was ‘c**pping himself’ about going to jail and enjoyed drawn-out cinches with his partner before the final hearing began.

He said that after feeling ‘depressed’ that the 2003 Iraq War march had failed, he was inspired to take up more extreme tactics, in collaboration with Extinction Rebellion, which he joined in 2019.

He told the court he only earned about £10,000 a year, often making ‘small stage sets’.

And another angry motorist thundered: ‘He’s probably sitting on the floor blocking people from entering the canteen.’

Miss Rock said the Insulate Britain protester has no savings so needs it to keep up with his payments to his landlord.

Miss Rock moaned that her brother was trying to ‘protect the most vulnerable in society’ whilst also helping to grind the nation’s roads to a standstill.

She said: ‘We desperately need to cover Olly’s rent while he is in prison, also a couple of months after for him to get back on his feet.

‘My kind hearted, generous, morally upstanding brother Oliver has been sentenced to four months in prison, serving a minimum of two for his part in the Insulate Britain campaign.

‘Olly acted to protect the most vulnerable in society, to create a safer world for future generations and for this he is being punished.

‘The government would rather send peaceful protesters to prison than act to insulate homes and mitigate the effects of the climate crisis that we are in. Olly is a self-employed carpenter.

‘At the beginning of this year he lost the sight in his right eye in a bicycle accident.

‘His earnings have also been massively affected by the pandemic which took away all of his business for many months as he had been predominantly making theatre sets.

‘He has no savings and we desperately need to cover Olly’s rent while he is in prison and for a couple of months afterwards as it will take a while for him to get back on his feet with work.’

She added: ‘I have calculated £700 p/m rent for six months, plus some for workshop and expenses when he gets out. Anything extra raised will go to helping any of the others also imprisoned if they need it.

‘Britain is one of the richest countries in the world, yet 8,500 people will die from cold in their homes this winter. An estimated three million are living in fuel poverty which affects around 5million children.

‘Many of these people face a daily choice between heating and eating.

‘I’m so proud of my brave brother for standing up for the most vulnerable in society and trying to instigate some kind of change. If you can help out with any kind of donation we would be so grateful.

‘Thank you, peace and love.’

Rock was jailed last Wednesday at the High Court in central London.

He had invited the court to observe a minute’s silence ‘to imagine what the climate crisis means for the future’, adding: ‘I’m proud of our actions and I stand by what we have done, we have not done this for personal gain.

‘I take responsibility for my actions and I did that in an attempt to mitigate the suffering of people in this country who cannot afford to adequately heat their homes.’

Ahead of his sentencing, Rock told LBC: ‘I feel terrified – I’m c***ping myself this morning, and I feel like crying. I’ve got all these emotions coming out of me. It seems ridiculous that we’re in this situation.

‘What we’re asking the Government to do is just an extremely practical no-brainer thing that they should be doing, and they’re choosing instead to potentially lock us up, fine us, seize our assets.

‘I’m expecting that we might get sentenced maybe today, probably tomorrow. We’ve been told that quite probably we’ll get custodial sentences, so there’s a high likelihood that by this evening I’ll be in a prison cell somewhere.’