ISLES of Scilly punters enjoyed a pint last night in the only place in England you can drink.

It comes as three quarters of the country was plunged into tier four from midnight and all other pubs closed. 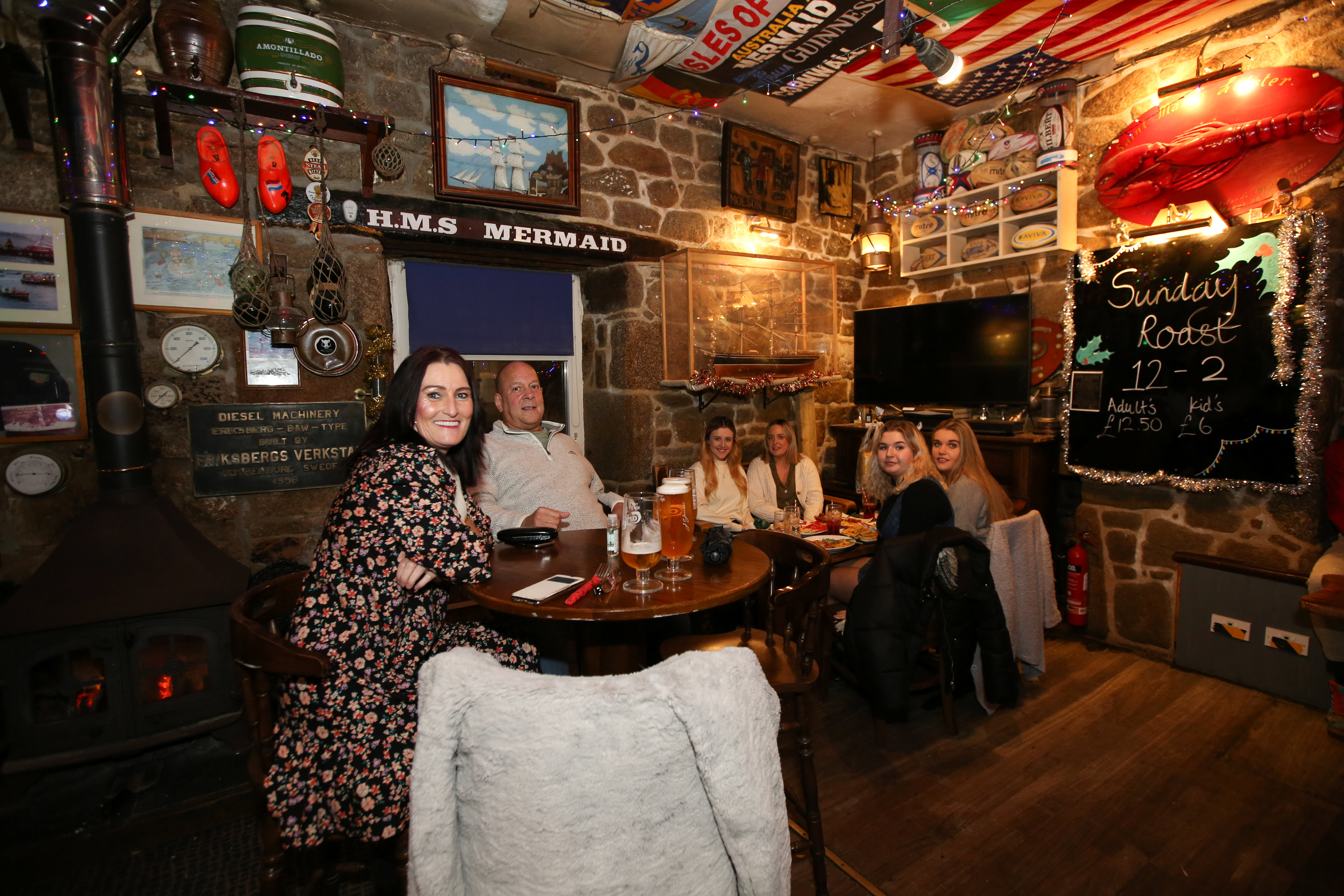 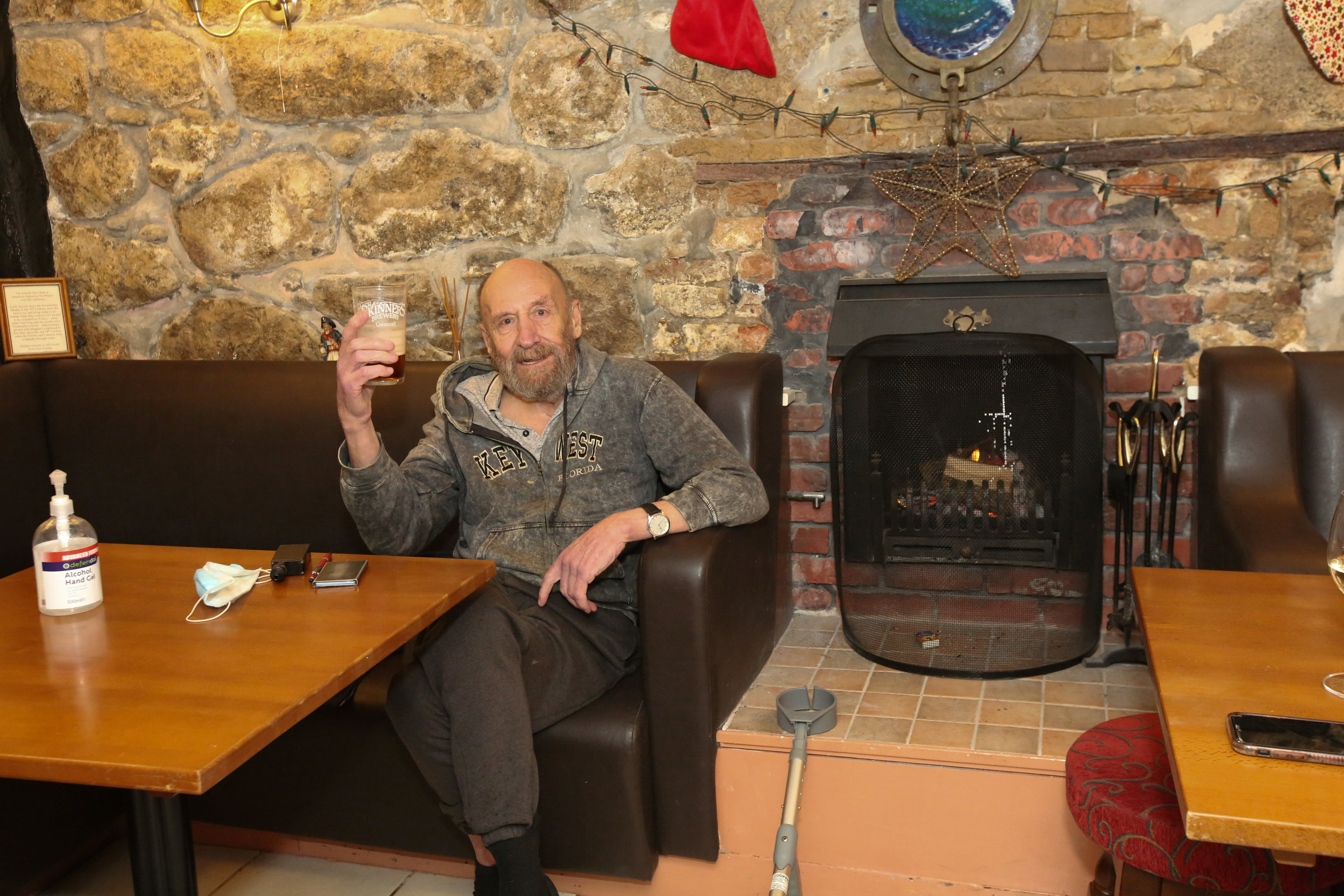 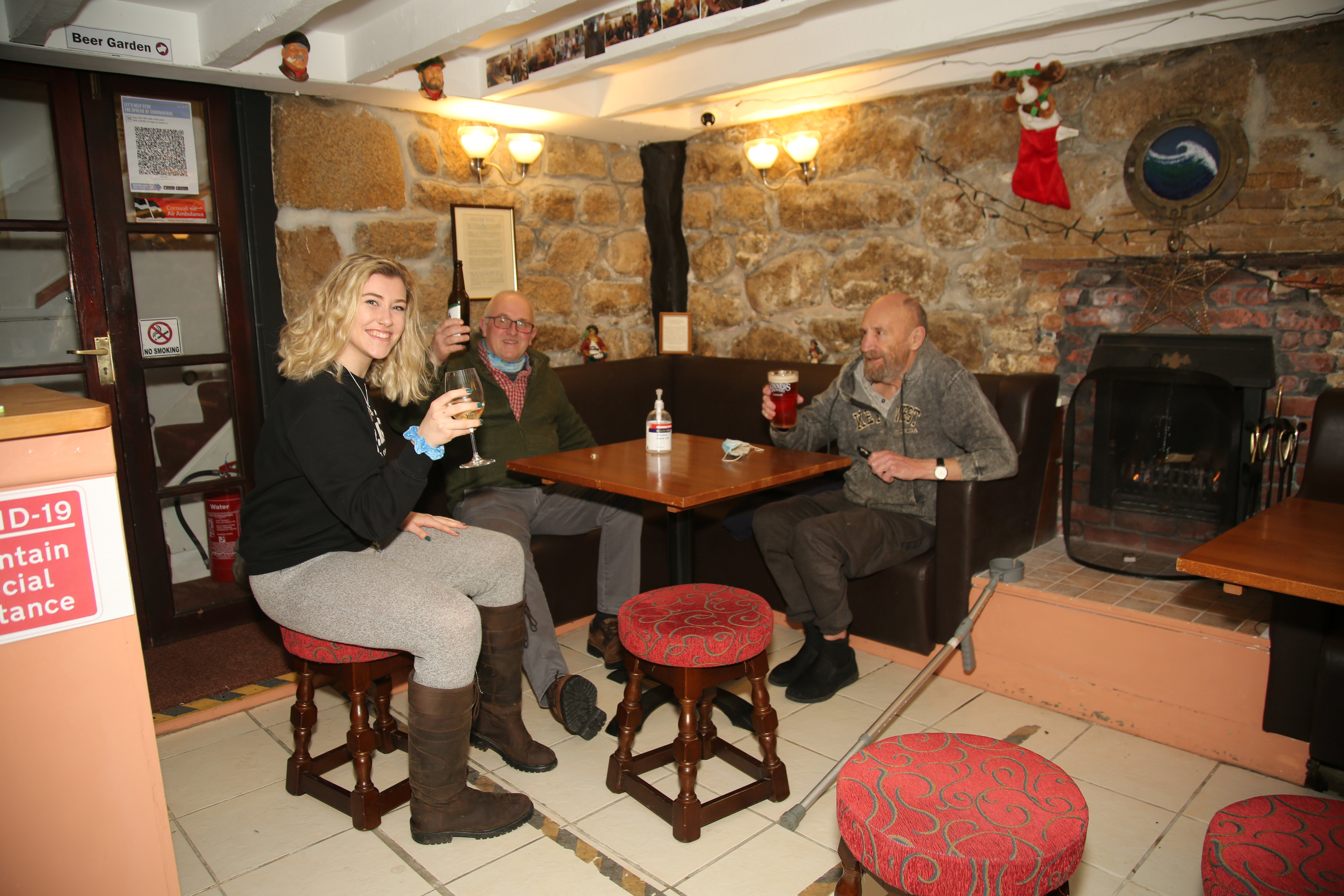 Some 44 million people will now be in tier four – or a whopping 78 per cent of the population of England.

The Isles of Scilly are the only region in England now in tier one, with everywhere else in tier three or four.

Punters were pictured at The Mermaid Inn in St Mary's, one of a handful of boozers in England that will still be serving on New Year's Eve.

Revellers raised a glass at the tier one haven as they toasted their freedom ahead of tonight's big celebrations.

But furious residents have blasted Covidiots heading over from the mainland as it becomes the last place to buy a pint.

Islander, Barbara Simpson, 78, said: "Those who freely admit they have come to Scilly to get away from the virus obviously have no idea (or don't care) of the risk they pose to us.

"The total lack of awareness and arrogance of these people is staggering."

Linda Thomas, 69, said: "Having seen our family and friends in Cornwall go from a Tier 1 to a Tier 3 in under a week because of mindless selfish people from higher tiers travelling down is very disturbing," Ms Thomas said.

"We know that some of these people were heading to the islands and I have no doubt that some made it."

Elsewhere, millions more Brits will join regions including London and the south-east under the new lockdown. 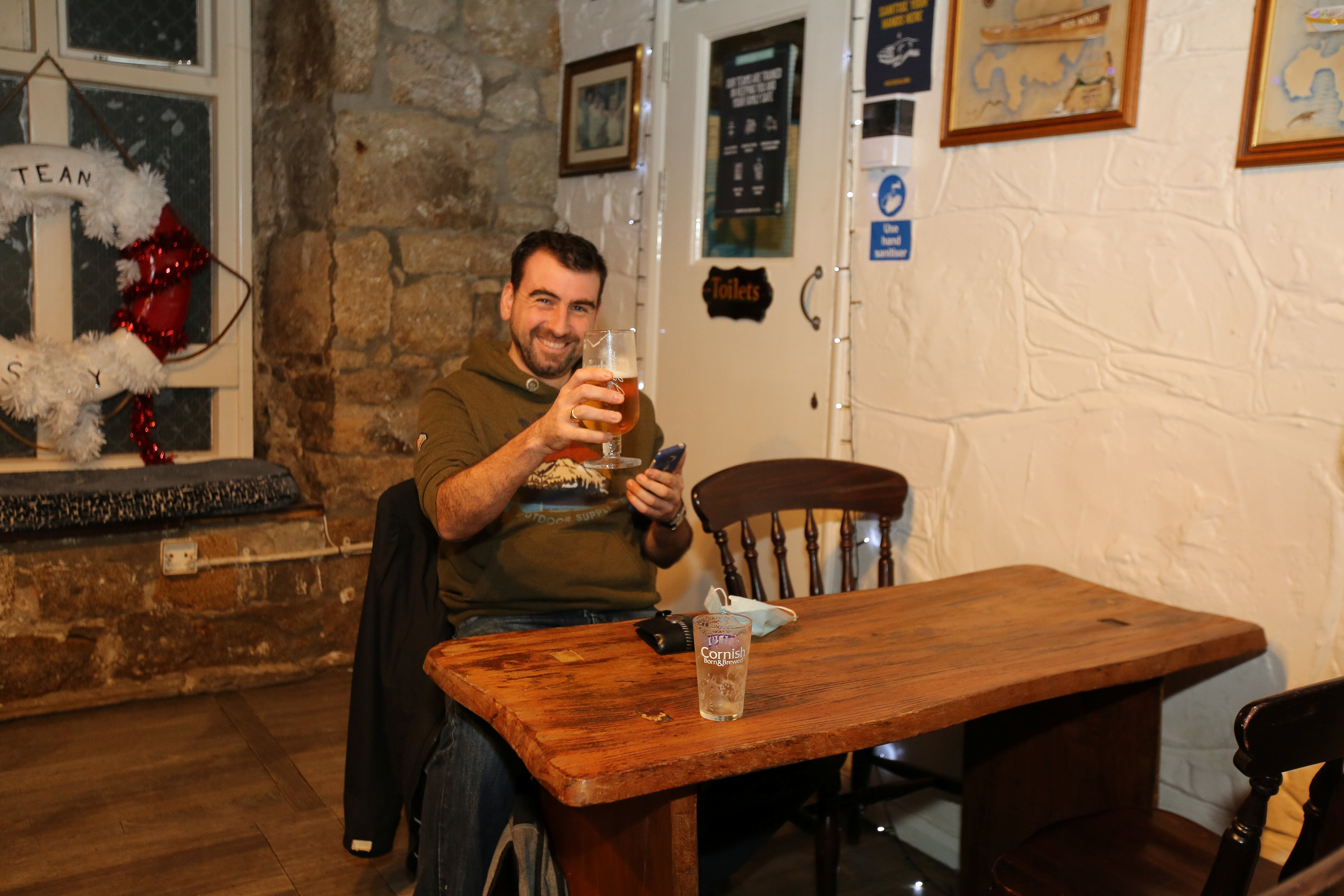 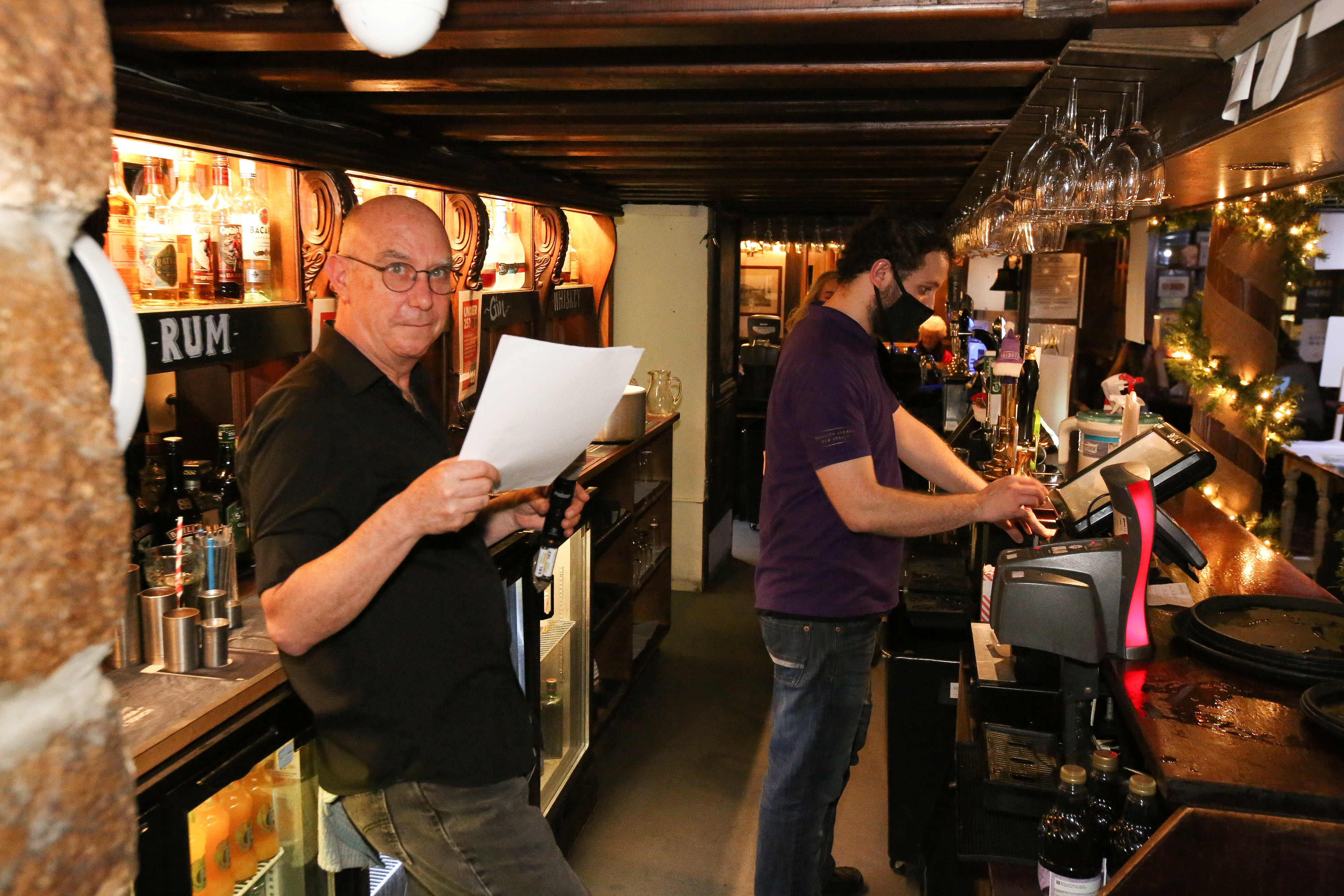 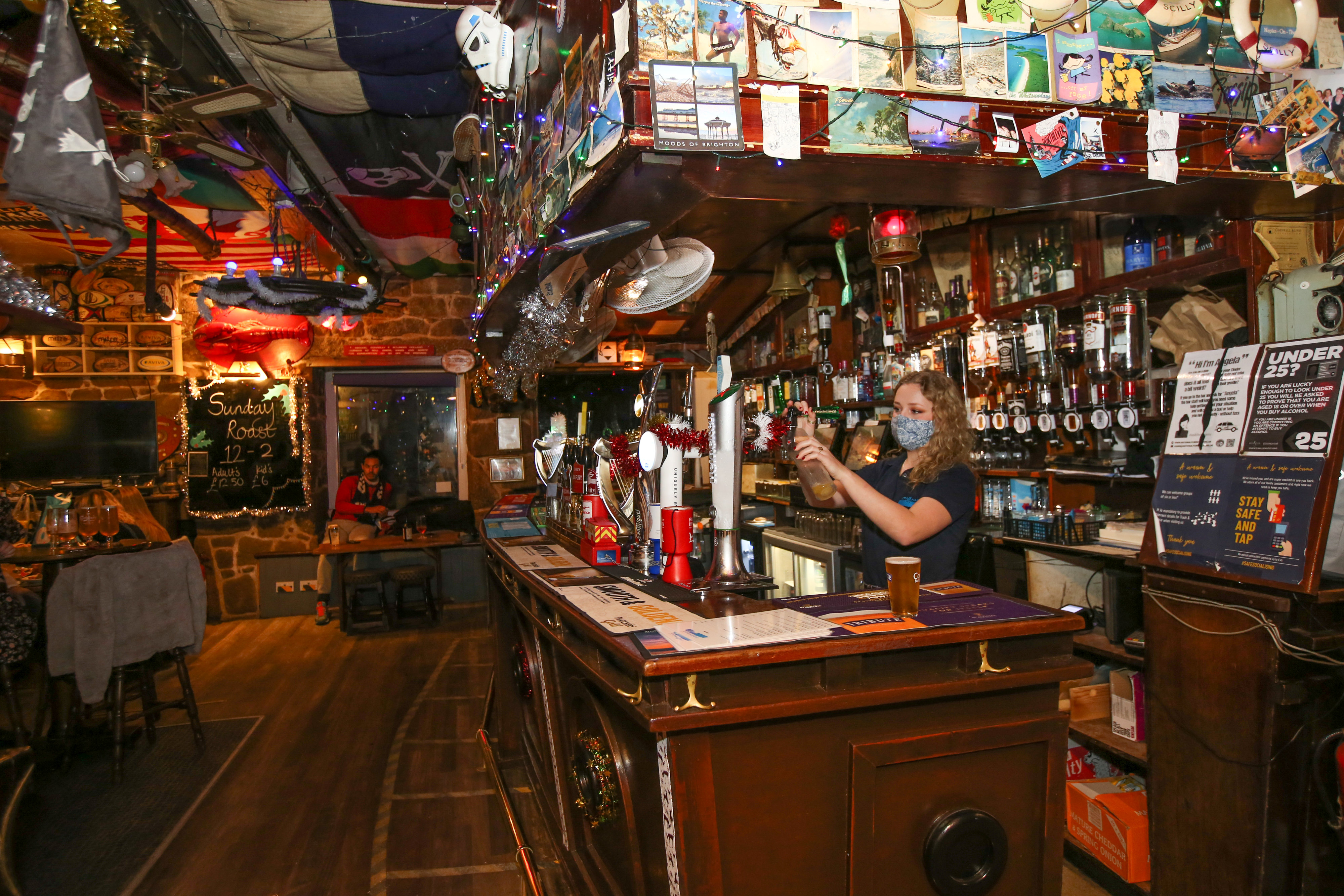 And under new laws, Brits will be forced to order takeaway pints rather than propping up the bar.

Revellers across England hit the town last night for boozy sessions before the tougher measures were imposed.

Punters were out in force in York and Liverpool, where from this morning pubs have closed their doors.

People packed out the bars and pubs enjoying one final night of relaxed rules in 2020.

From today they can no longer go to the bar, and can only order takeaways.

All of the pubs in England are now under strict rules, apart from ones in the Isles of Scilly.

Three-quarters of the country are now in Tier 4 restrictions – which close all non-essential shops and ban household mixing – from midnight last night.

Under new laws, Brits in Tier 4 now have to order takeaway pints rather than propping up the bar.

Pubs are allowed to still stay open for takeaway or click and collect service, but punters can no longer sit in and go to the bar.

Health Secretary Matt Hancock announced that all areas currently in Tier 2 will move to the third or fourth level of restrictions from today. 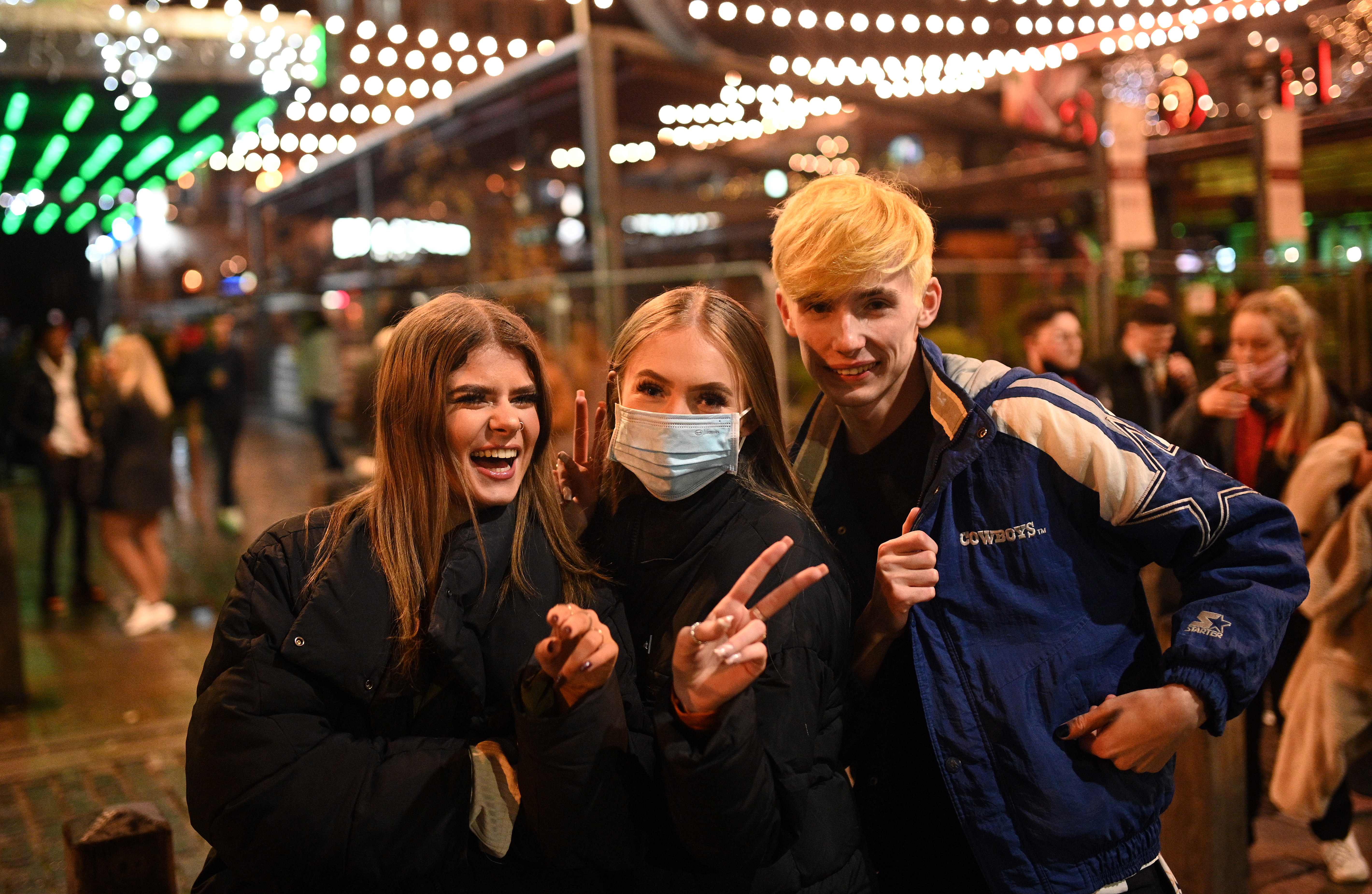 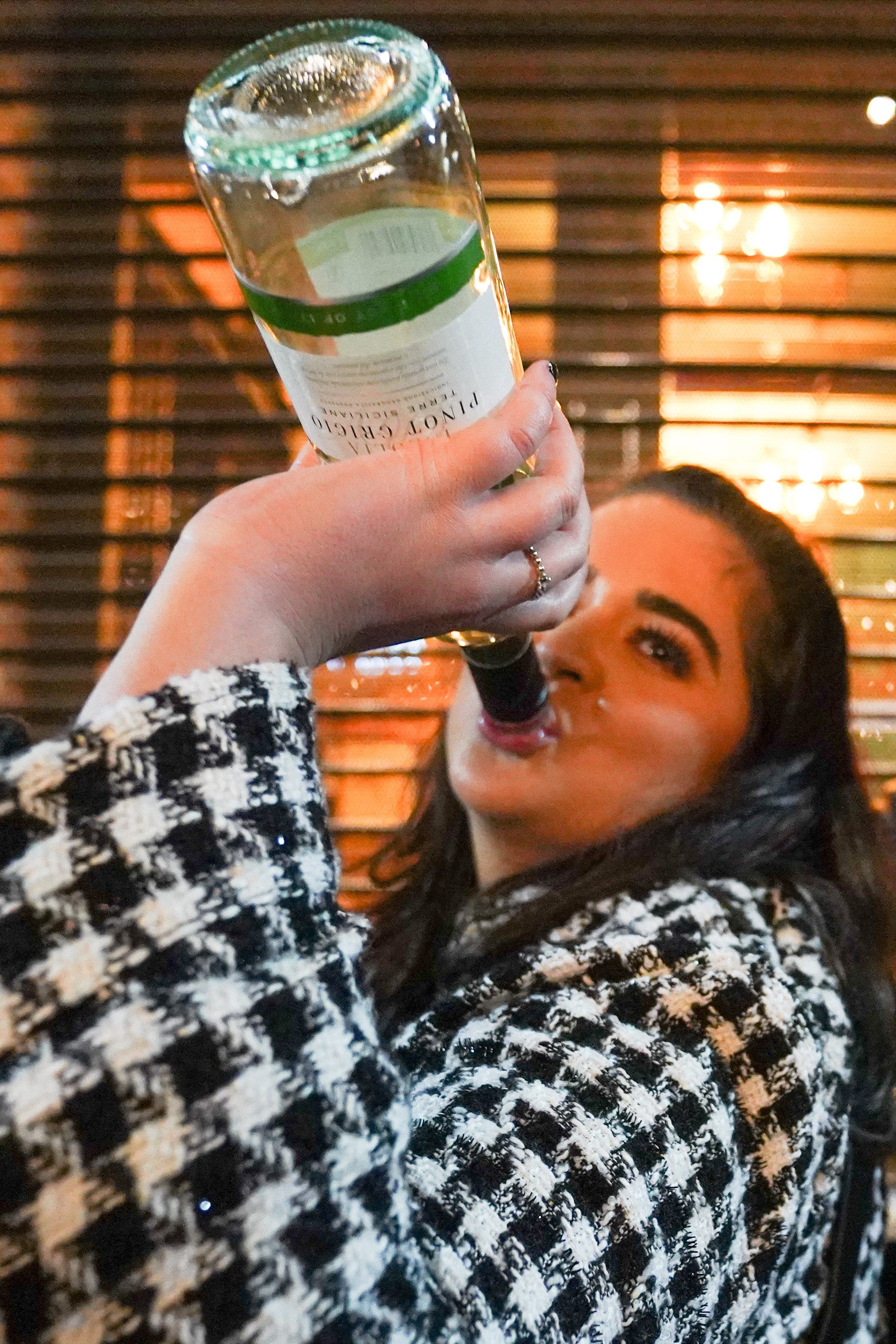 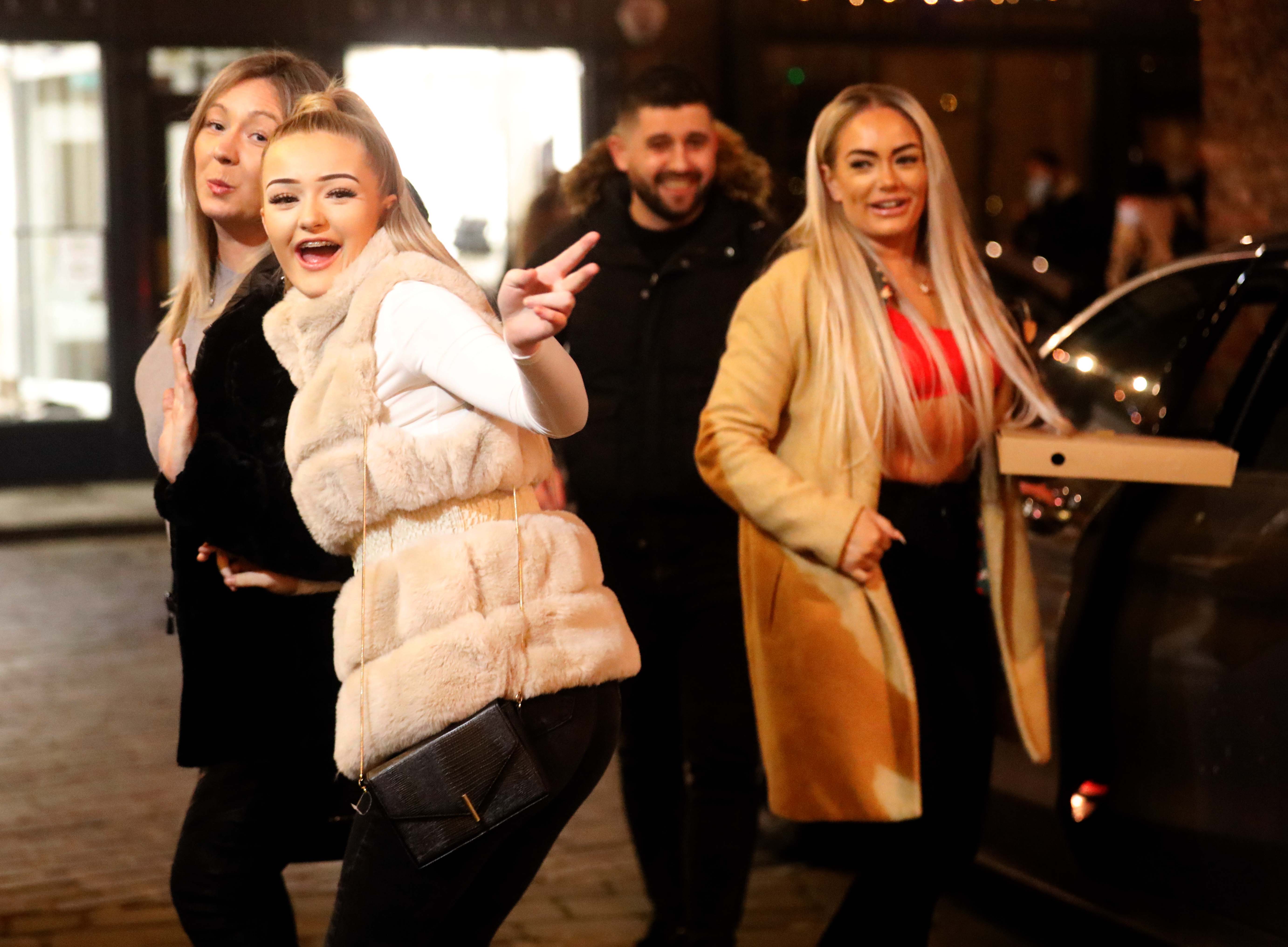 It comes amid concerns over a mutant strain of Covid which has taken hold across much of the country.

Mr Hancock announced all of the North East of England and most of the Midlands are the latest areas to join the toughest restriction as a result of the mutant Covid strain.

They will remain in place for at least two weeks, with a review to come to see if it needs to be extended.

For those affected, Tier 4 will essentially be a return to the full lockdown which ended in England on December 2.

Yesterday 981 more people were recorded to have died with Covid in the UK – the highest toll since April.

More than 50,000 also tested positive in the second-highest day ever in Britain.

On Tuesday a record 53,135 cases were diagnosed as hospital admissions go well past the April peak. 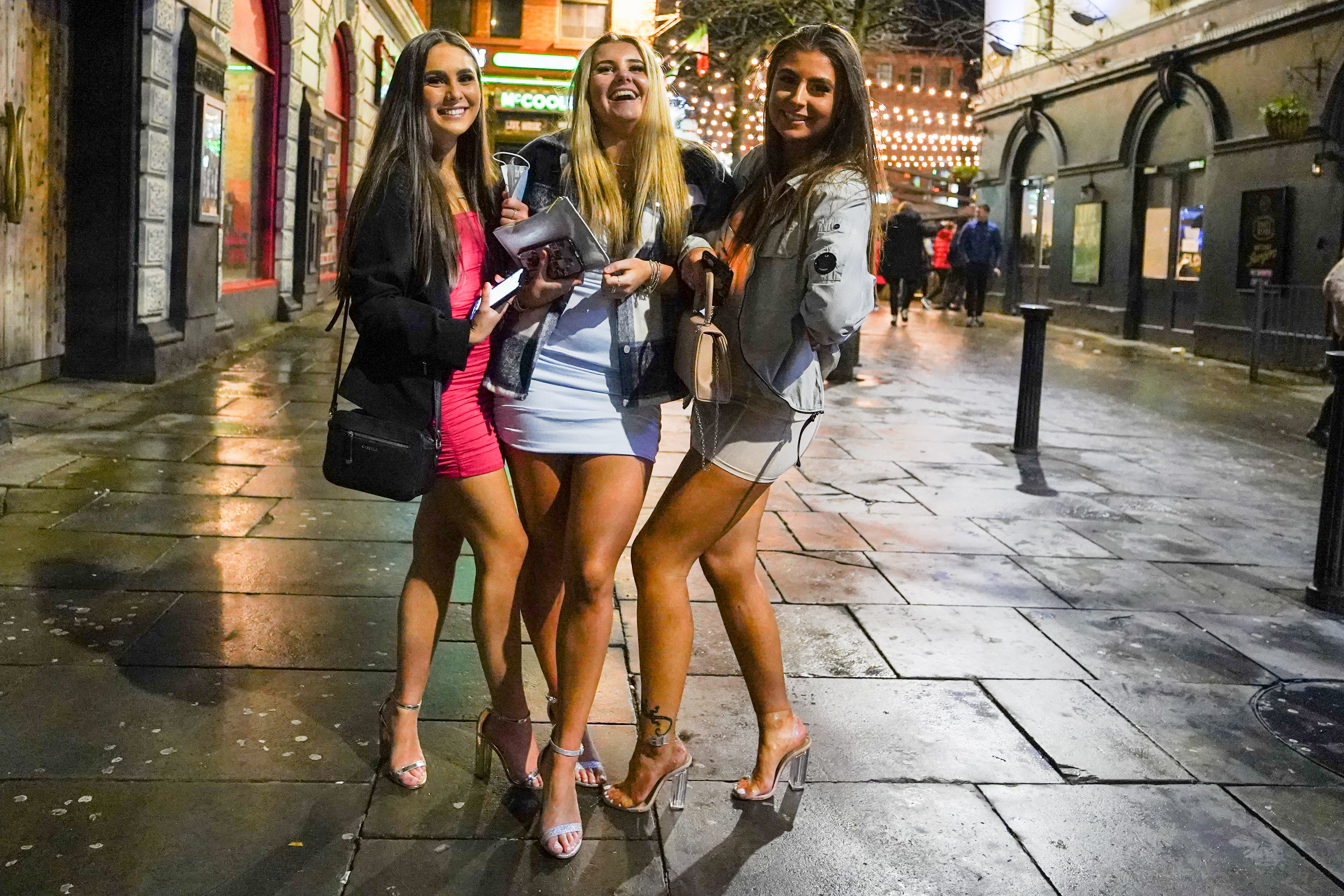 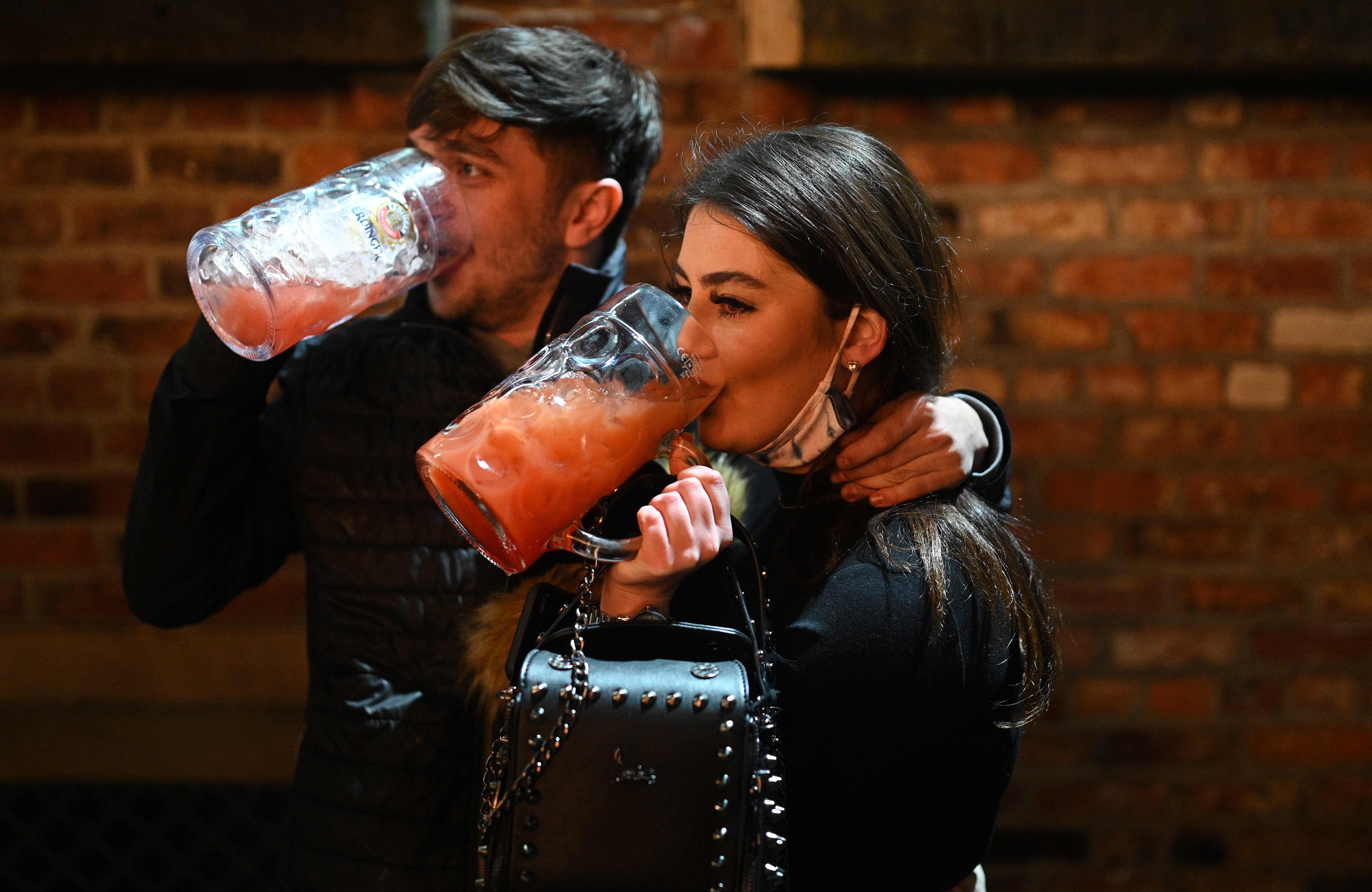 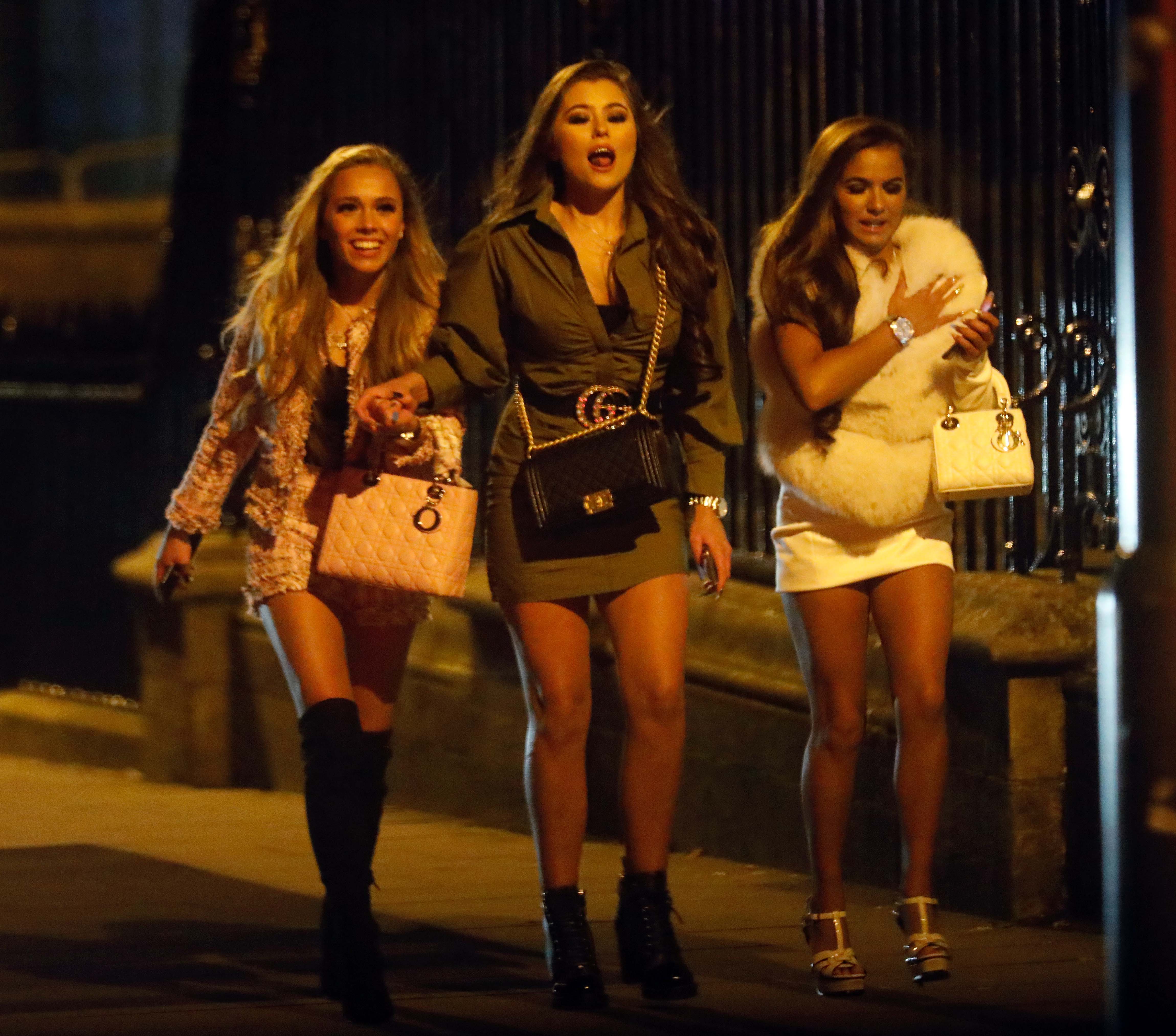 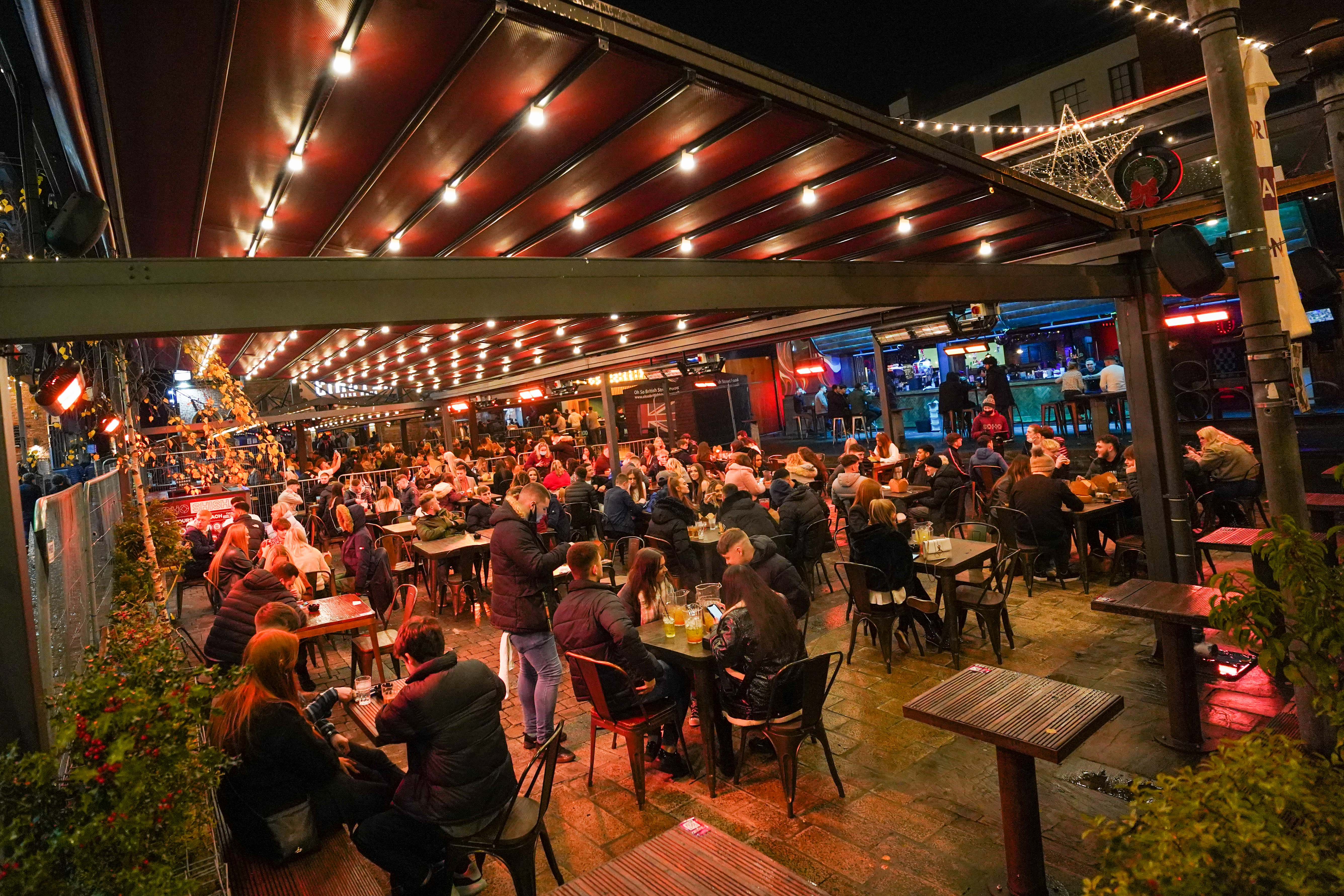