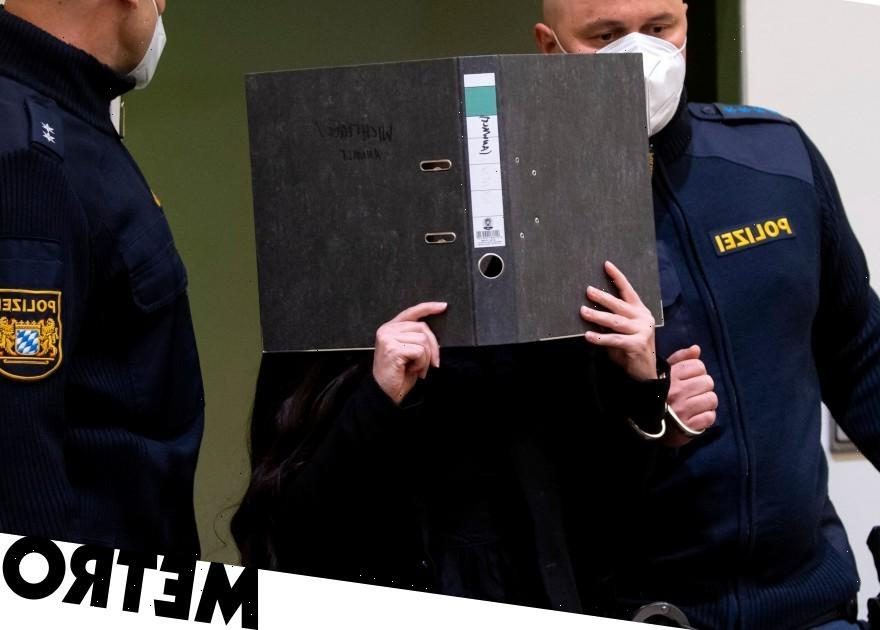 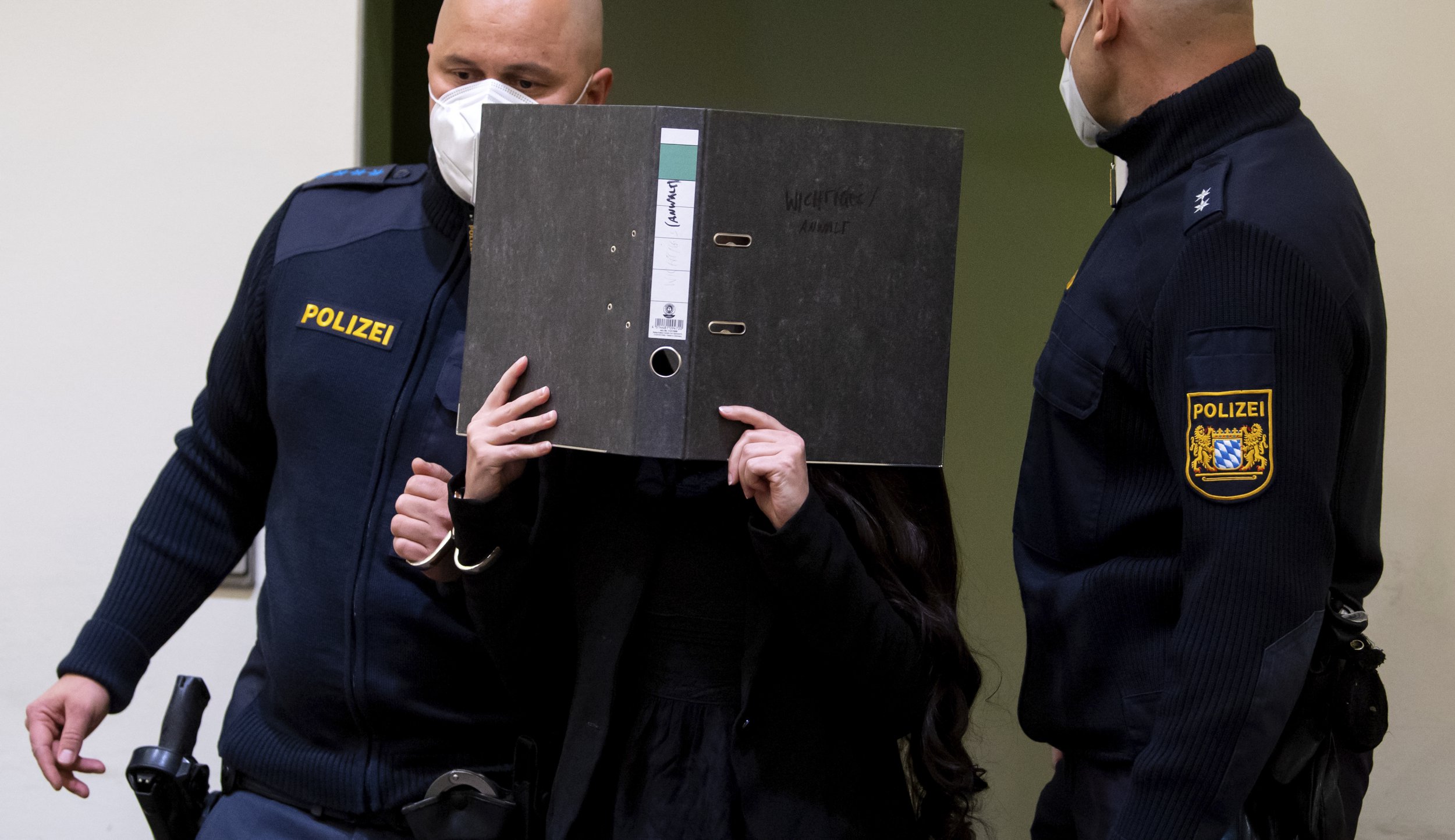 An Islamist terrorist did nothing to stop her husband from leaving an enslaved child in the sun until she died – as punishment for wetting her bed.

Jennifer Wenisch, 30, was jailed for 10 years for committing two ‘war crimes against humanity in the form of enslavement’, aiding and abetting the child’s death in 2014, and for being a member of Isis.

The German national, from Lohne in Lower Saxony, was sentenced on Monday at the Higher Regional Court in Munich.

Prosecutors told the court: ‘After the girl fell ill and wet her mattress, the husband of the accused chained her up outside as punishment and let the child die an agonising death of thirst in the scorching heat.

‘The accused allowed her husband to do so and did nothing to save the girl.’

Wenisch converted to Islam in 2013 and made her way through Turkey and Syria, before arrive in Mosul, Iraq, the next year.

She then joined the Islamic State and by mid-2015 had been recruited into the group’s hisbah morality police.

Her job was to enforce strict rules on dress code, public behaviour and the banning of alcohol and tobacco in IS-occupied Mosul and Fallujah.

During her time in Iraq, she and her husband, Taha al-Jumailly, ‘bought’ a Yazidi woman and her five-year-old daughter as slaves.

The Yazidi people, from northern Iraq, are a Kurdish-speaking, religious minority who have been specifically persecuted by Isis soldiers, who believe they are devil-worshippers.

Their ancestral heartland was raided in 2014, with thousands of women and children taken as slaves by the terrorist organisation, while thousands of others were killed.

The little girl sold to Wenisch and her husband – named as Nora – was left to die in the blazing heat. The judge said Wenisch also threatened to kill Nora if she did not stop crying.

Wenisch’s defence team said their client did not help the little girl because she was ‘afraid’ her husband would ‘lock her up’.

They argued Nora’s mother, who testified against Wenisch and her husband, is an unreliable witness.

The defence also argued there is no evidence that Nora is actually dead. They also said Wenisch was being ‘made an example of for everything that has happened under Isis’.

Wenisch was arrested in Turkey and extradited to Germany in 2016, after she went to the German embassy in Ankara to renew her identity documents.

Germany was able to prosecute her because of universal jurisdiction which allows war crimes to be trialled overseas.

The landmark case has made history as the first time IS crimes against the Yazidi community have been prosecuted.

Human rights lawyer Amal Clooney, based in London, has long campaigned for the plight of the Yazidi people to be recognised as genocide. She was part of Nora’s mum’s legal team.

The verdict for Taha al-Jumailly’s is due at the end of November.