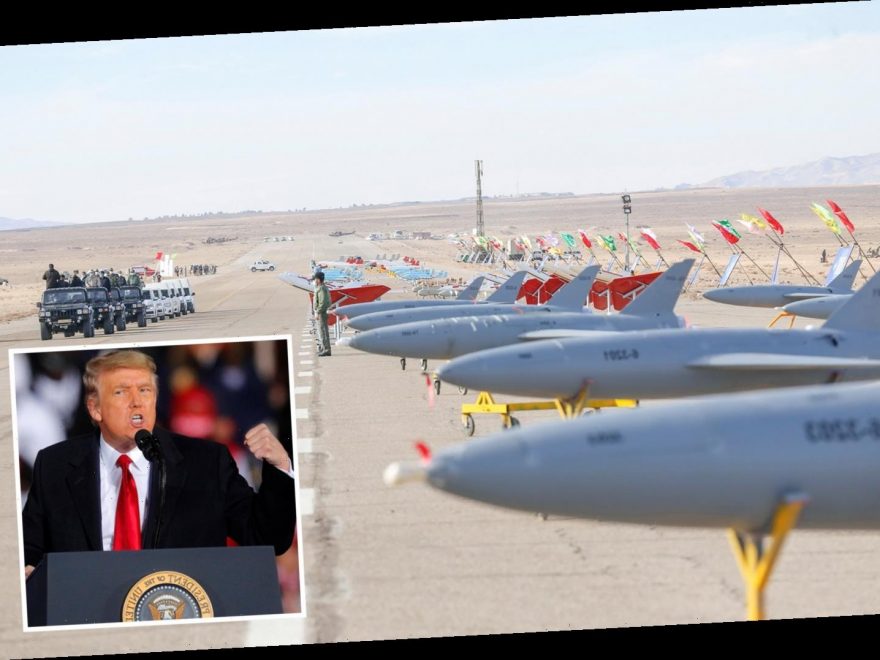 IRAN has warned the US “our fingers are on the trigger” in the latest round of sabre-rattling as it carries out tests on a swarm of kamikaze bomb drones.

Iran’s armed forces have started two-day exercises in the central Semnan province to try out combat drones used as bombers, interceptors and reconnaissance missions, according to the semi-official Fars news agency. 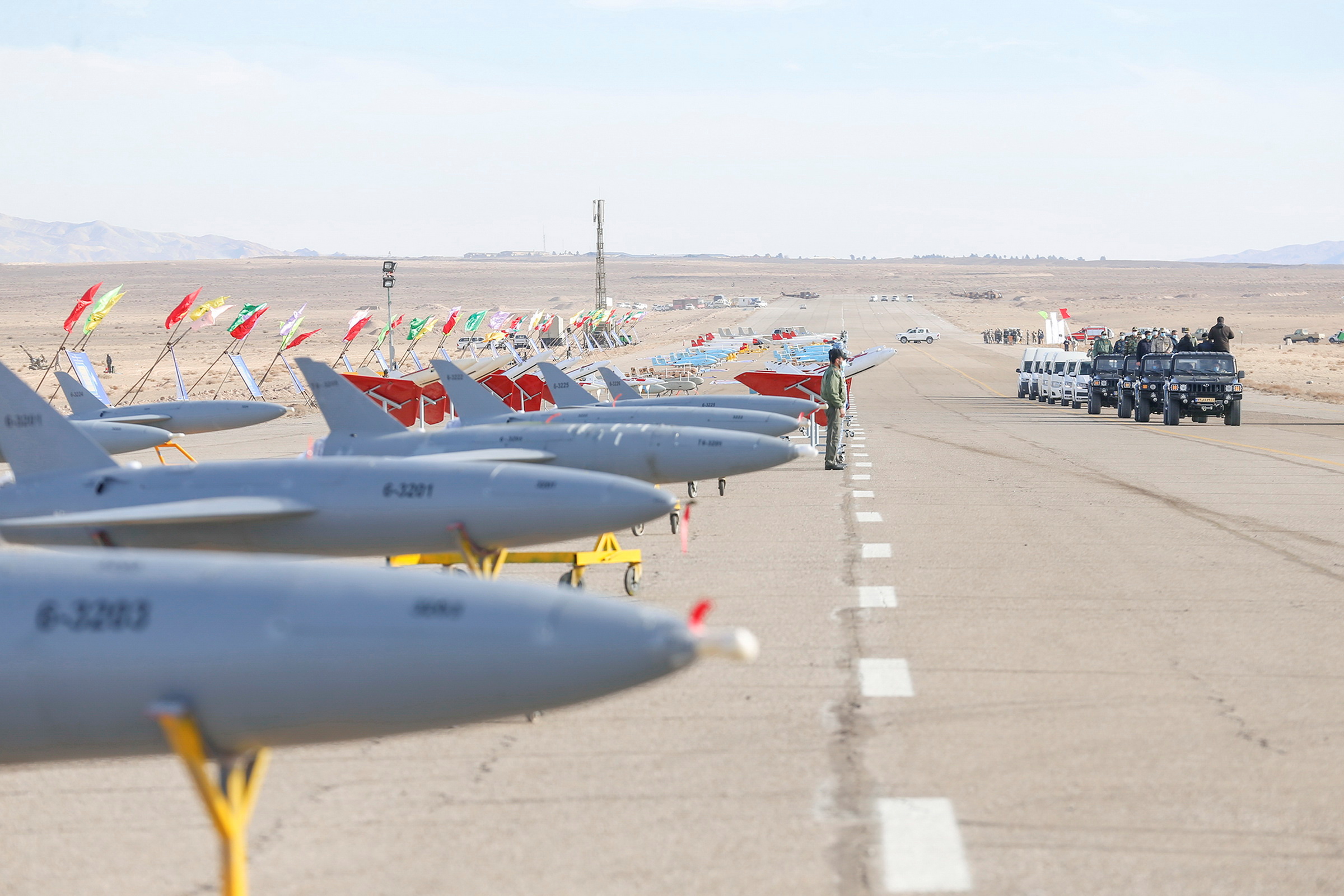 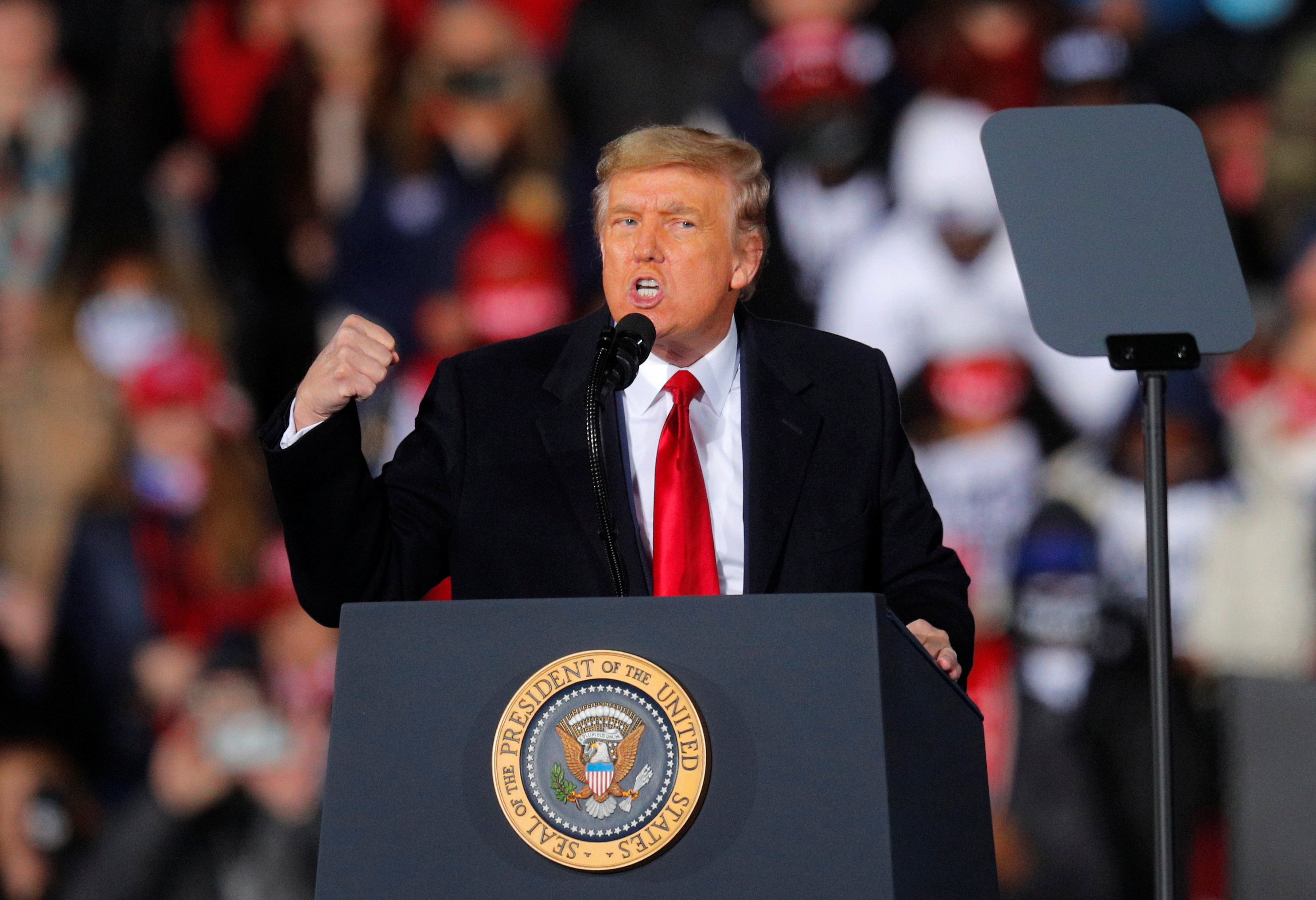 Iran and the regional forces it backs have increasingly relied in recent years on drones in Yemen, Syria, Iraq and the Strait of Hormuz at the mouth of the Gulf.

“The fingers of our heroic armed forces are on the trigger, and if enemies commit the slightest mistake, the armed forces will surely respond fiercely,” said Mohammad Baqeri, chief of staff of the armed forces, quoted by state media.

Foreign Minister Mohammad Javad Zarif has said US President Donald Trump may be trying to find an excuse to attack Iran in his last days in office, or Israel might try to provoke a war.

The exercises coincided with increased tensions between Iran and the US, two days after the first anniversary of the killing of Iranian general Qassem Soleimani in a US drone strike at Baghdad airport, and two weeks before President-elect Joe Biden takes office.

Biden aims to revive a nuclear agreement with Iran abandoned by Trump, though diplomacy is expected to be tricky.

Beyond surveillance, Iranian drones can drop munitions and also carry out a "kamikaze" flight when loaded with explosives and flown into a target, according to a US official who spoke to Reuters.

Iran has developed a large domestic arms industry in the face of international sanctions and embargoes barring it from importing many weapons.

Tehran also claimed today it had evidence some in the US administration were trying to spark a new conflict in West Asia but said it would defend its interests in the region.

Speaking at a press conference on Tuesday, Ali Rabiei, the Iranian administration’s spokesman, said: “It is very unlikely that the US administration will miscalculate Iran’s resolute intentions as well as its deterrence and retaliation capability.

“We have made it clear to them that we will not start any war directly or indirectly, but if a blatant mistake is made by the United States, we will defend our security and vital interests with full force.”

Tensions in the region have been rising in recent days with the US Secretary of Defence Christopher Miller instructing the USS Nimitz to remain in the Persian Gulf due to what he described as Iranian threats “against President Trump and other US government officials,” reversing an earlier decision to move the aircraft carrier out of the Middle East.

Last week, two B-52 bombers, capable of carrying a nuclear war load, flew over the Persian Gulf after nonstop flights to the region from their US-based hangars.

The nuclear-powered submarine USS Georgia also arrived in the Persian Gulf accompanied by two US warships.

Rabiei said: “Regardless of the rumours about the war, we are closely monitoring all US military actions and movements in the region, and therefore we do not consider these rumours to be a cause for any concern.

“I emphasise that every adventurism will be answered decisively.”

He added: “In recent days, and in the aftermath of the psychological war, the losers, who are spending their final days in office, continue to beat the drums of war, and they may be maliciously seeking conspiracies to complicate the situation.”

Trump imposed a number of sanctions on Iran in 2018 following the US withdrawl from the 2015 nuclear deal, officially known as the Joint Comprehensive Plan of Action (JCPOA). 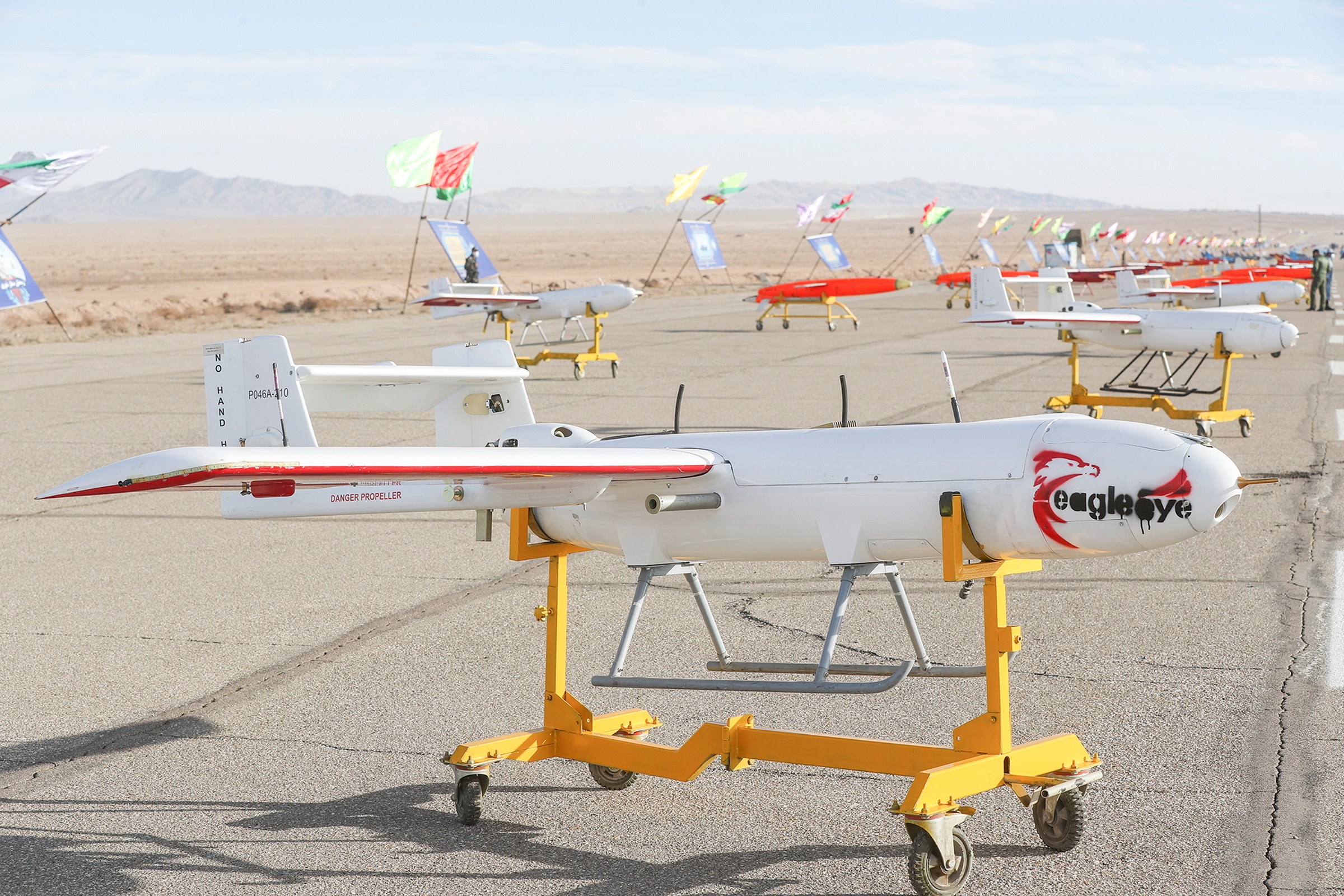 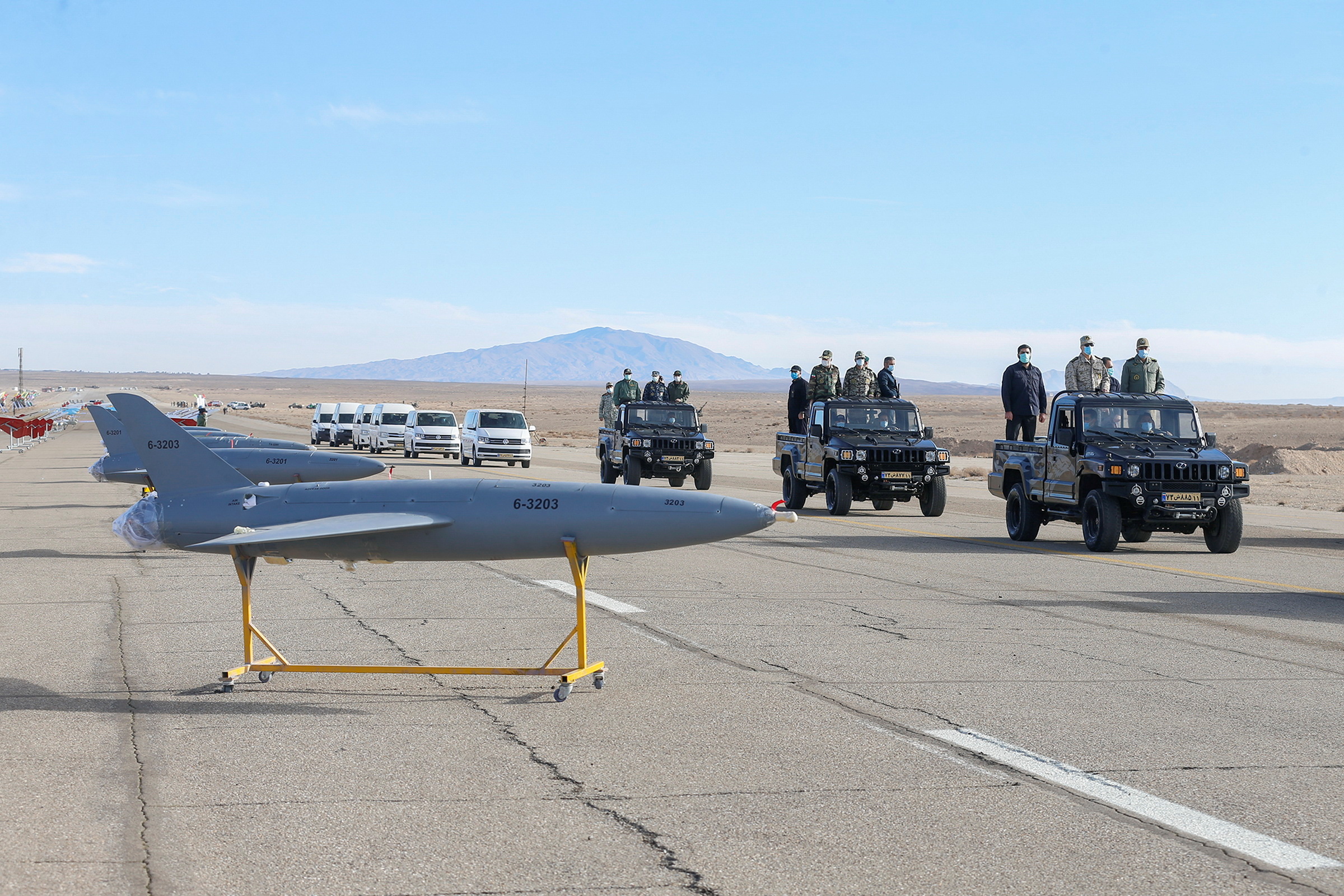 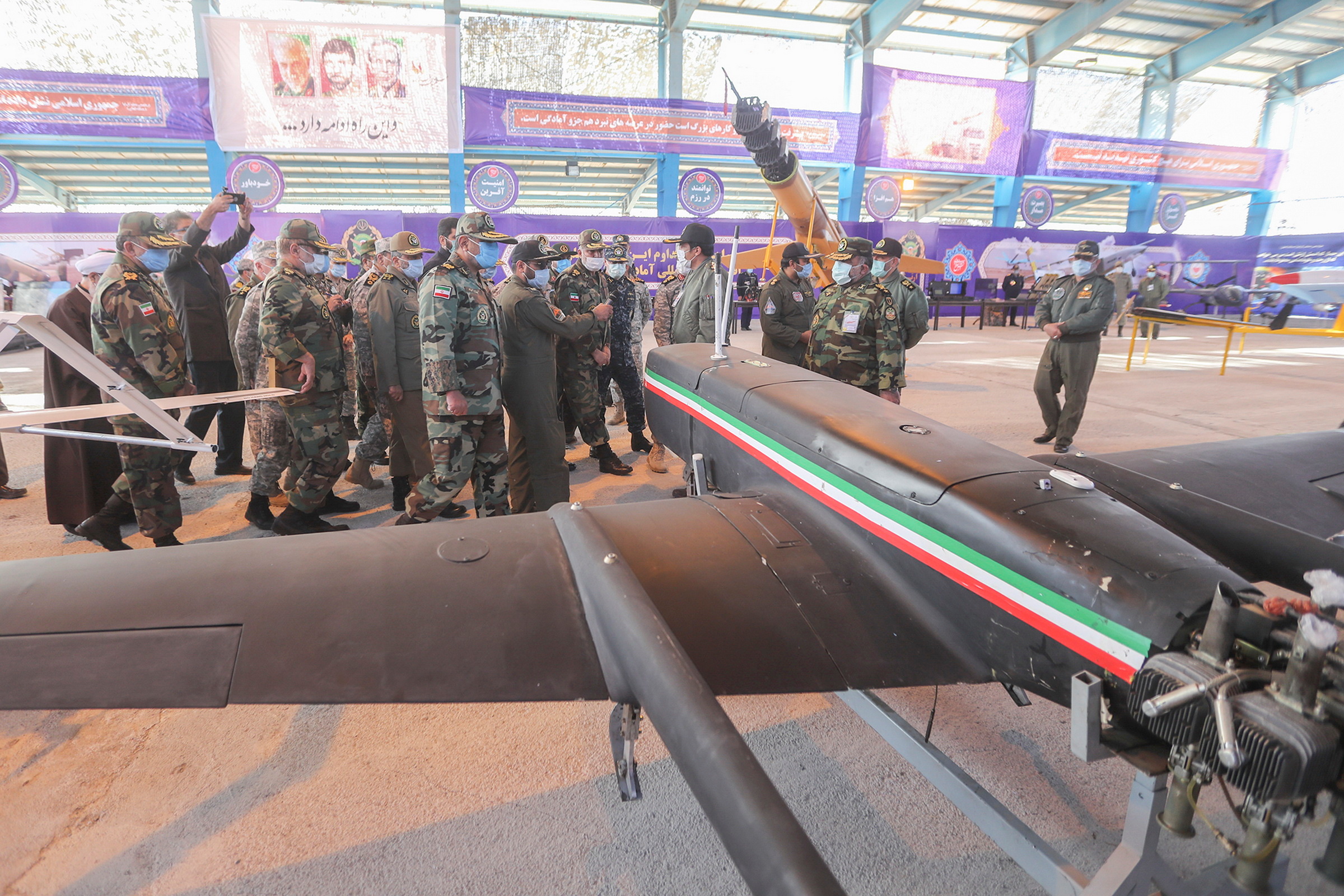