The beachside strip of Surf Parade has some of Inverloch’s hottest real estate, but according to the latest government modelling coastal erosion will engulf dozens of houses in the Bass Coast town in the coming decades.

Some properties on Surf Parade, which is separated from the beach by a thin sliver of dunes, are listed for sale with $2 million-plus price tags, and construction is hammering ahead on some blocks. 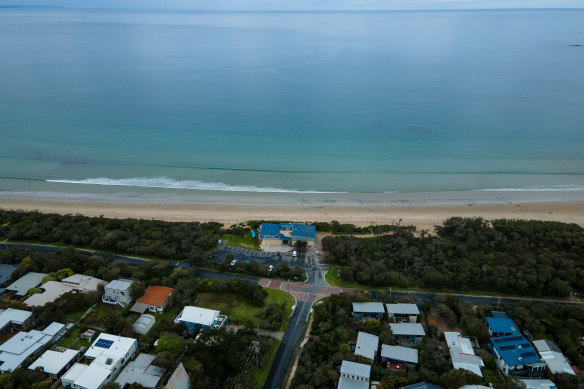 Aerial shot of the Inverloch coastline showing how close the houses on Surf Parade are to the ocean.Credit:Eddie Jim

Maps modelling the impact of climate change on Inverloch, released as part of the Environment Department’s “cape to cape resilience project”, show that erosion would cover hundreds of metres of Surf Parade and eat into about a dozen private properties if the sea level rises 0.5 metres by 2070.

By 2040, the modelling shows the surf lifesaving club building surrounded entirely with a 0.2 metre sea level rise. By 2100, erosion would reach more than 40 houses at Surf Parade and beyond with a 0.8 metre rise.

The department is consulting the Inverloch community as it considers more rock walls, sand “renourishment” and even realigning or raising sections of road. Retreating is also among its options.

The modelling assessed the volume of coastal erosion associated with storm events, under a scenario in which the annual probability of those storms was exceeded by 10 per cent.

Further afield, crumbling cliffs forced the closure of a beach near Anglesea and a man died near Bells Beach on New Year’s Day when a section of cliff collapsed. The problem is global; the New York Times reported similar challenges in Massachusetts and beyond.

But he said the problem would probably be worse than expected if climate change continued unabated.

“These parts of the coastline are going to change dramatically with this sort of impact if we do nothing,” Woodland said.

“This is inundation by saltwater. It’s not like your lawn will be green three weeks later.”

Woodland said hard defences, including rock walls, risked washing away sections of beach when the water bounced off the solid surface. 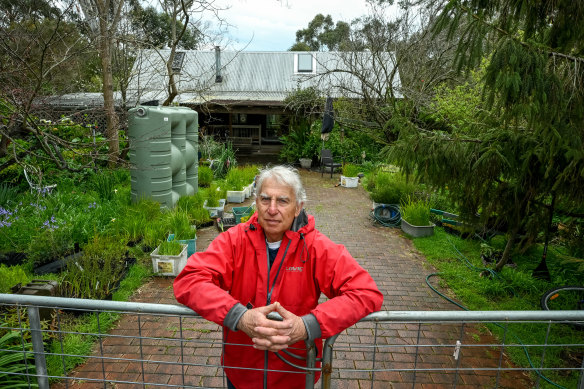 Inverloch resident Ed Thexton lives 400 metres from the beach, and said his property was flooded by the creek that runs alongside it in the early 1990s.

Thexton, who is president of the South Gippsland Conservation Society, said the “shifting sands” of Inverloch were nothing new, but waterfront properties were attractive to people who wanted to live and holiday on the coast, lakes and creeks.

“Everybody wants to be close to the water,” he said. 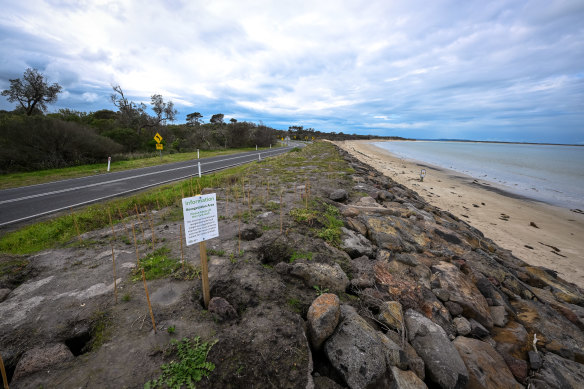 “From a buyers’ perspective, they don’t seem to be concerned at all,” he said.

But they would have to relinquish their properties after being paid out. 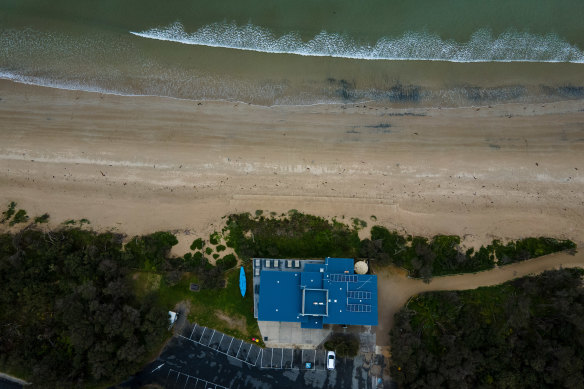 A view of the surf lifesaving club from the air. Credit:Eddie Jim

Westcott said some houses should not have been built so close to the coast, but a public insurance scheme meant taxpayer funds would not have to be spent protecting them.

“It’s a way of relocating,” he said. “There’s no financial loss by the landholder. But we don’t repeat our mistakes.”

Bass Coast mayor Michael Whelan said a planned retreat from protecting public assets, and potentially even houses, needed to be considered among the options.

“That’s one of the things people don’t want to talk about because it’s not popular,” he said.

Many of the houses on Surf Parade are holiday homes. The Age contacted two permanent residents, but they declined to comment.

“Community feedback from recent consultation on coastal hazards and adaptation modelling at Inverloch is being used to inform adaptation options to help ensure our changing coastline is managed well into the future,” he said.