The behaviour of NSW Health and its local health district bureaucracies has been savaged in a damning report from a parliamentary inquiry into regional hospitals that raised disturbing allegations over the treatment of whistleblowers and highlighted the cover-up of preventable patient deaths.

It said doctors and nurses were operating in a “culture of fear” where they are frightened to speak up about critical staff shortages and inadequate resources, leading to significantly poorer health outcomes for patients, including premature deaths. 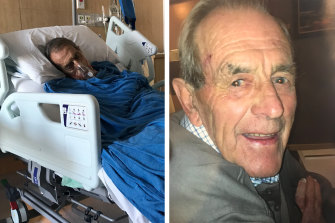 Allan Wells died after he was treated at hospitals in Dubbo and Cobar.

Chairman Greg Donnelly, a Labor MLC, said the inquiry had raised “serious concerns about the governance of the health bureaucracy in this state” in addition to exposing severe staffing shortages that have left emergency departments with no doctors in them and patients cared for by cooks and cleaners.

The parliamentary inquiry, sparked by a Herald investigation, made 22 findings and 44 recommendations. It was presided over by three government MPs, two Labor MPs and an MP from the Greens and Animal Justice Party respectively. 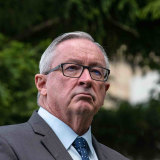 It recommended that the NSW government urgently engage with the federal government at a ministerial level to establish a plan to address workforce shortages and review the current funding model for regional local health districts.

Another key recommendation was to appoint a Health Administration Ombudsman to investigate complaints about NSW Health and Local Health District bureaucracies.

However, in a decision immediately lashed by minor parties, both Liberal and Labor MPs refused to back proposals for an independent Rural and Remote Health Commissioner, minimum required staffing levels at regional hospitals or mandated nurse-to-patient ratios.

He referred questions to NSW’s new Minister for Regional Health, Bronnie Taylor, who accepted the report’s findings and said there had been situations “where we have not seen our best care delivered”.

She said there was no question the workforce issues were challenging.

“We need to be able to look at it in a courageous way and a different way. I certainly don’t want to keep doing the same thing because then you can only expect the same outcomes.”

The NSW Opposition pledged to act on the inquiry’s recommendations from day one if elected in 2023.

However, it was reluctant to support nurse-to-patient ratios while a policy was yet to be developed and costed and opposed the proposal for a commissioner.

“I believe that a really, really good [Health] deputy secretary who’s got accountability for this as a part of their contract, and a minister of any colour who’s holding [them] to account…is the best way to go,” he said.

Brett Holmes, general secretary of the NSW Nurses and Midwives’ Association, said the report had called out a “dangerous and unsustainable” situation where hospitals were unable to fill their rosters.

“There is a big gap between what the health ministry thinks is happening in rural facilities and what patients are experiencing,” he said.

NSW AMA president, Dr Danielle McMullen, said the report underscored the paucity of investment in rural health and its recommendations would not be feasible without a meaningful funding commitment from governments.

The report found “there is a culture of fear operating within NSW Health in relation to employees speaking out and raising concerns and issues about patient safety, staff welfare and inadequate resources”.

“Unsustainable working hours, poorly co-ordinated recruitment and retention strategies, inadequate remuneration, lack of resources, threats to physical safety and a culture of fear are pushing some to breaking point, to the detriment of both the individual and the communities they serve,” Donnelly said.

The report took issue with current funding and staffing models, which rely on a combination of GPs and visiting medical officers, finding they were creating difficulties in ensuring doctor coverage.

“There has been a historic failure by various NSW and Australian governments to attract, support and retain health professionals,” the report said.

It also noted a lack of “transparency and accountability” in the governance of both NSW Health and regional local health districts, recommending an independent review of workplace culture.

It said a Health Administration Ombudsman should be empowered to investigate complaints from staff, doctors, patients, carers and the public over a range of issues including alleged cover-ups of medical errors or deaths and the mistreatment of whistleblowers.

The report recommended the NSW and Australian governments work together on a 10-year strategy to guide recruitment and retention of the regional health workforce, and to move to a single employer model for GP trainees.

NSW Health should review the pay and conditions of doctors working regionally and urgently increase the number of frontline nurses, the report said.

The report recommended government “aim” to have a regular doctor on site in regional communities and use telehealth as a supplement, rather than a replacement, for face-to-face services.

In dissenting statements, Animal Justice Party MP Emma Hurst and Greens MP Cate Faehrmann were both scathing about the decision not to mandate nurse-to-patient ratios.

Faehrmann was also critical of the major parties’ decision to vote down a proposal for a Rural and Remote Health Commissioner, noting the proposed ombudsman would not be able to proactively monitor the situation.

The inquiry received more than 700 submissions as it travelled across the state for 15 public hearings over the course of a year.

It heard of four deaths in hospitals that did not have any doctors on site, and of one hospital made to do without a doctor for four months.

It heard of the extraordinary measures hospitals were taking to cope with crippling staffing shortages – with allegations of tea ladies seeing to newborn babies, cleaners and gardeners looking after dementia patients and a cook caring for a stroke patient in the hospital’s car park.

A group of senior doctors accused public health officials of covering up avoidable deaths in regional NSW hospitals. They told of a toxic culture where doctors were deemed “troublemakers” for speaking out about safety concerns.

The inquiry was triggered by a Herald investigation into western NSW hospitals following the death of Allan Wells, the father of Sydney journalist Jamelle Wells, who she alleged experienced “Third World” conditions in Dubbo Base Hospital.

Nine journalist Liz Hayes came forward over the preventable death of her father, Bryan Ryan, in a hospital on the state’s Mid North Coast.

In a joint statement, Wells and Hayes described the inquiry as “an incredibly painful experience”.

“Country people deserve better,” they said. “These are people’s lives. They matter.”

The report recommended another inquiry into regional health in two years’ time to review progress.