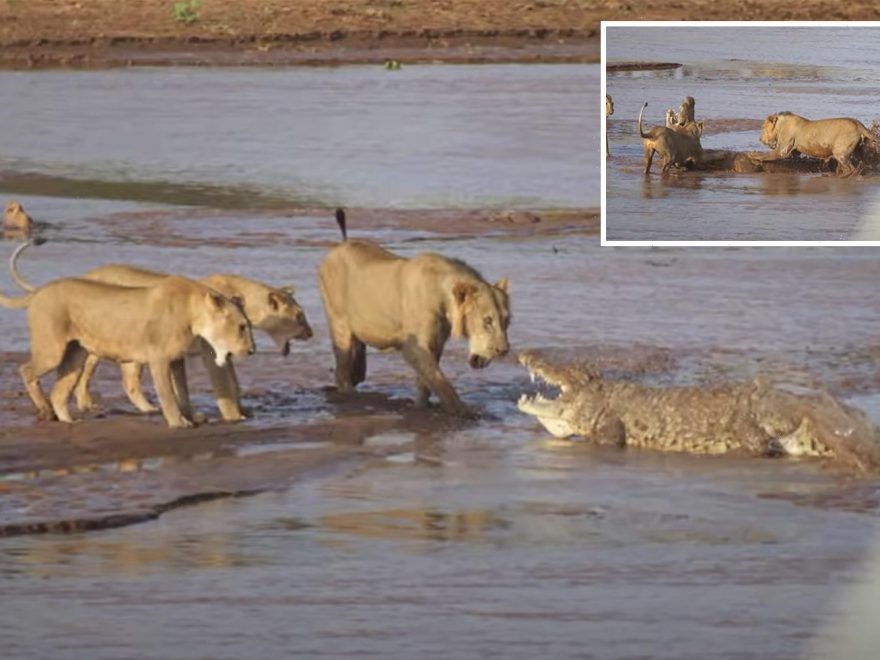 THIS is the incredible moment a pack of lions circle a massive crocodile and attack in a bloody brawl over dead prey – but who comes out on top?

In a recently resurfaced clip, three hungry lions are seen surrounding a crocodile before going in for the kill. 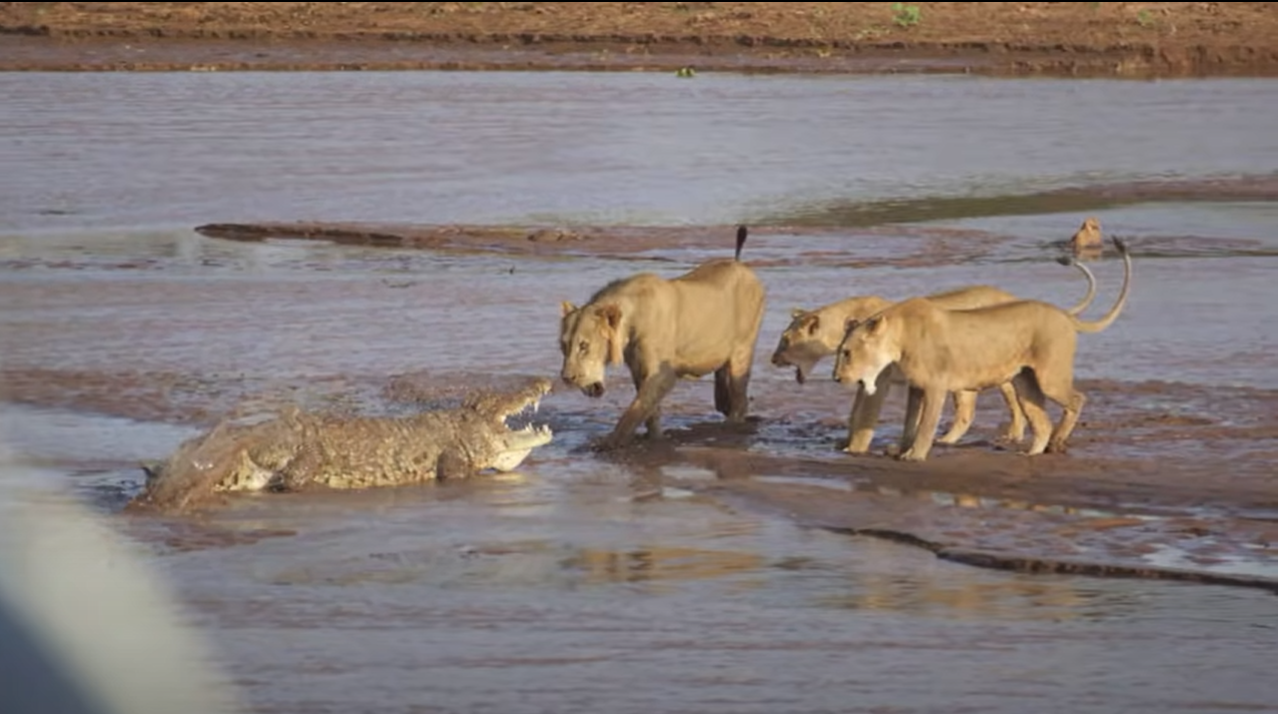 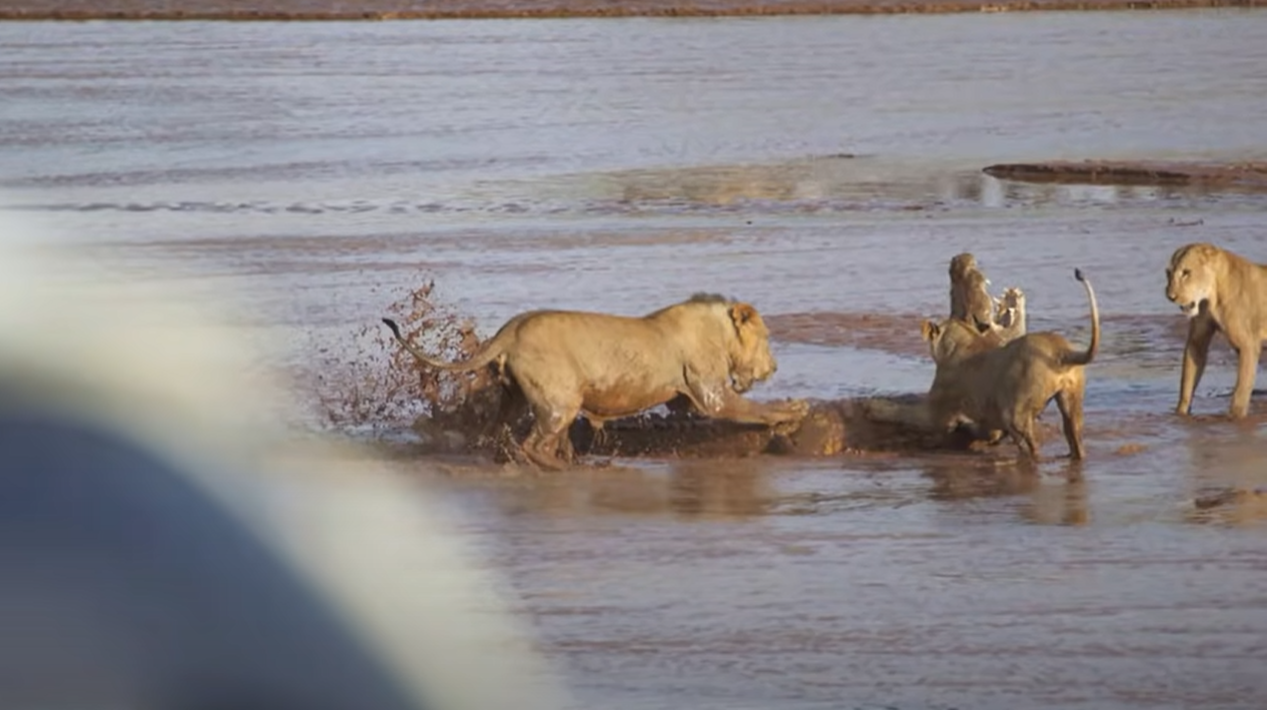 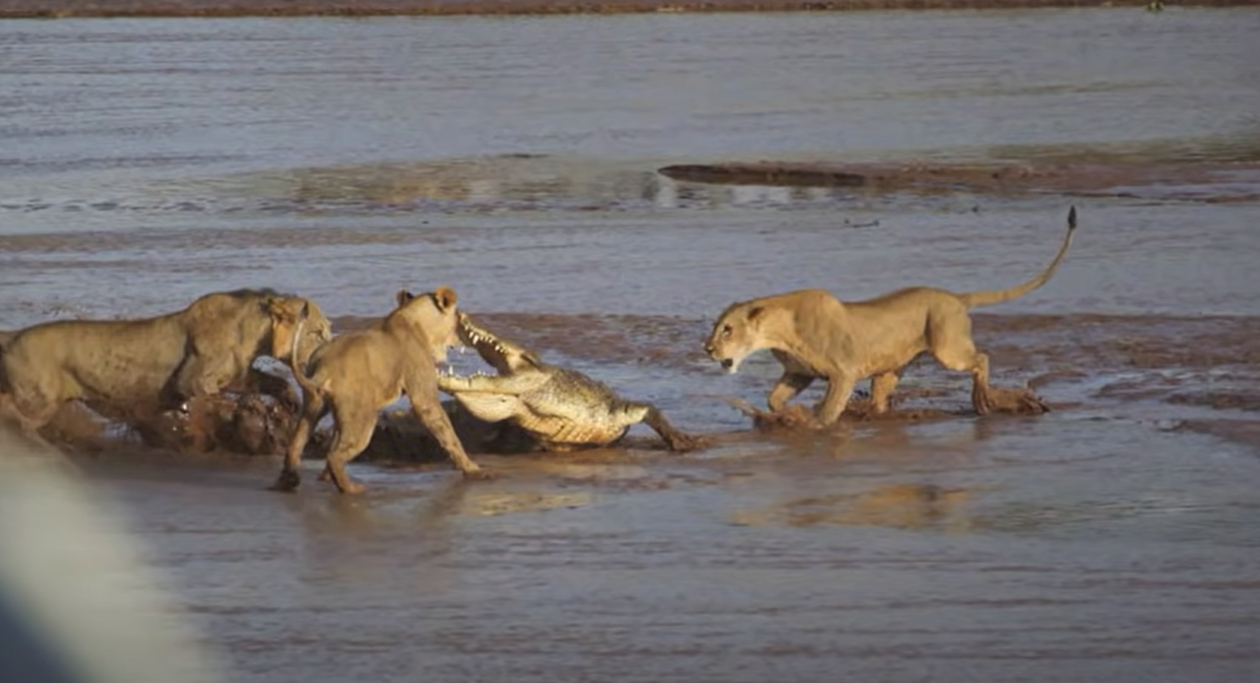 The fight ensued after a dead elephant was found at the side of a lake in Kenya's Samburu National Reserve.

In the clip, which re-emerged on Reddit, a lion tries clawing off the over-zealous gator to stop it from eating the group's newly-found dinner.

Not having any of it, the croc strikes back with a bite, which is when another two more huge lions join in.

All three pounce on the lone reptile who repels them by biting them with his gargantuan jaw, leaving one with blood on its leg.

But that's not enough to stop the pride and they soon attack again, this time clenching the croc's tail and try dragging it away.

The croc slides out and the lions retreat before launching into a second attack.

Due to technical issues, the second brawl can only be viewed in a slow-motion succession of still shots.

The lions surround the croc and attack, pinning it to the ground and biting its pointy webbed foot.

As the battle draws to an end, the croc retreats, clipped and defeated.

The lion who picked the fight stands tall and water-soaked over the croc while the rest of the pride return to gorge on the elephant carcass.

An incredible 99 per cent of young crocodiles end up eaten by fish, lizards and other crocs, according to the MailOnline, so the ones that survive are known to be the toughest of the tough.

Their jaws are so powerful that it's thought to rival that of a T-rex. 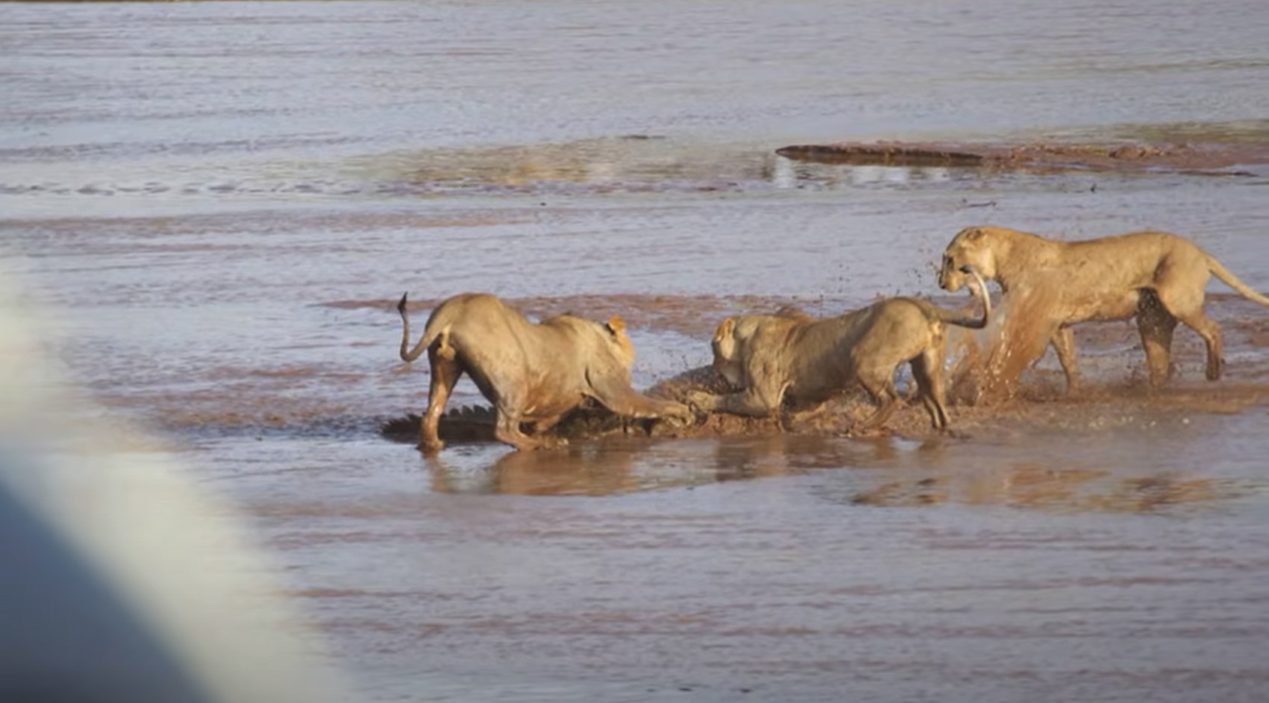 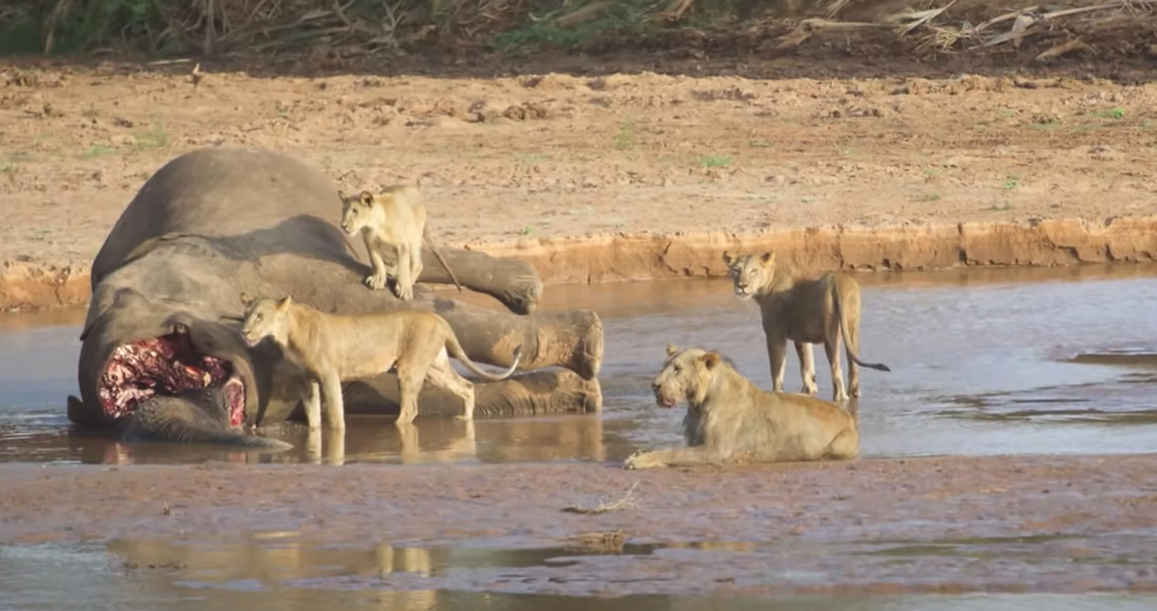