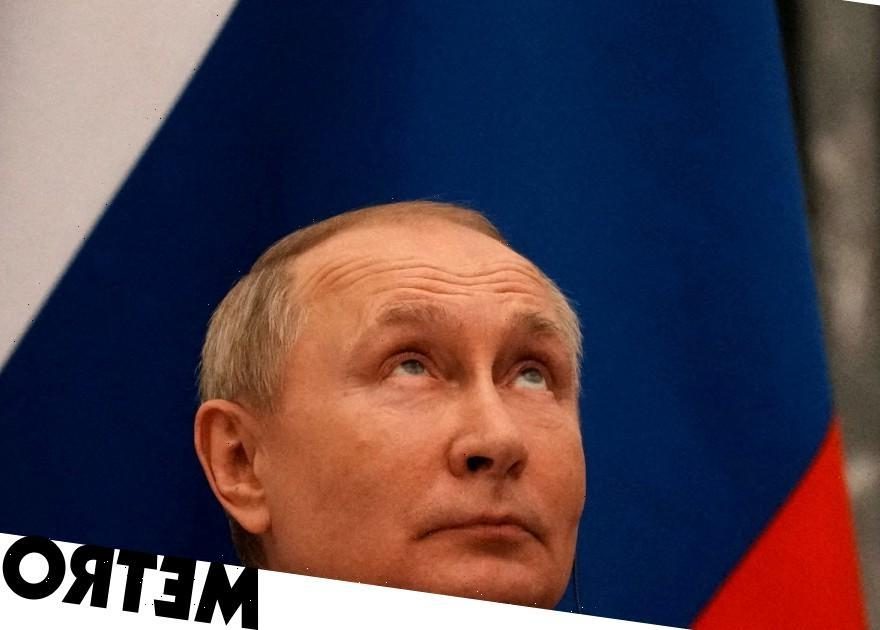 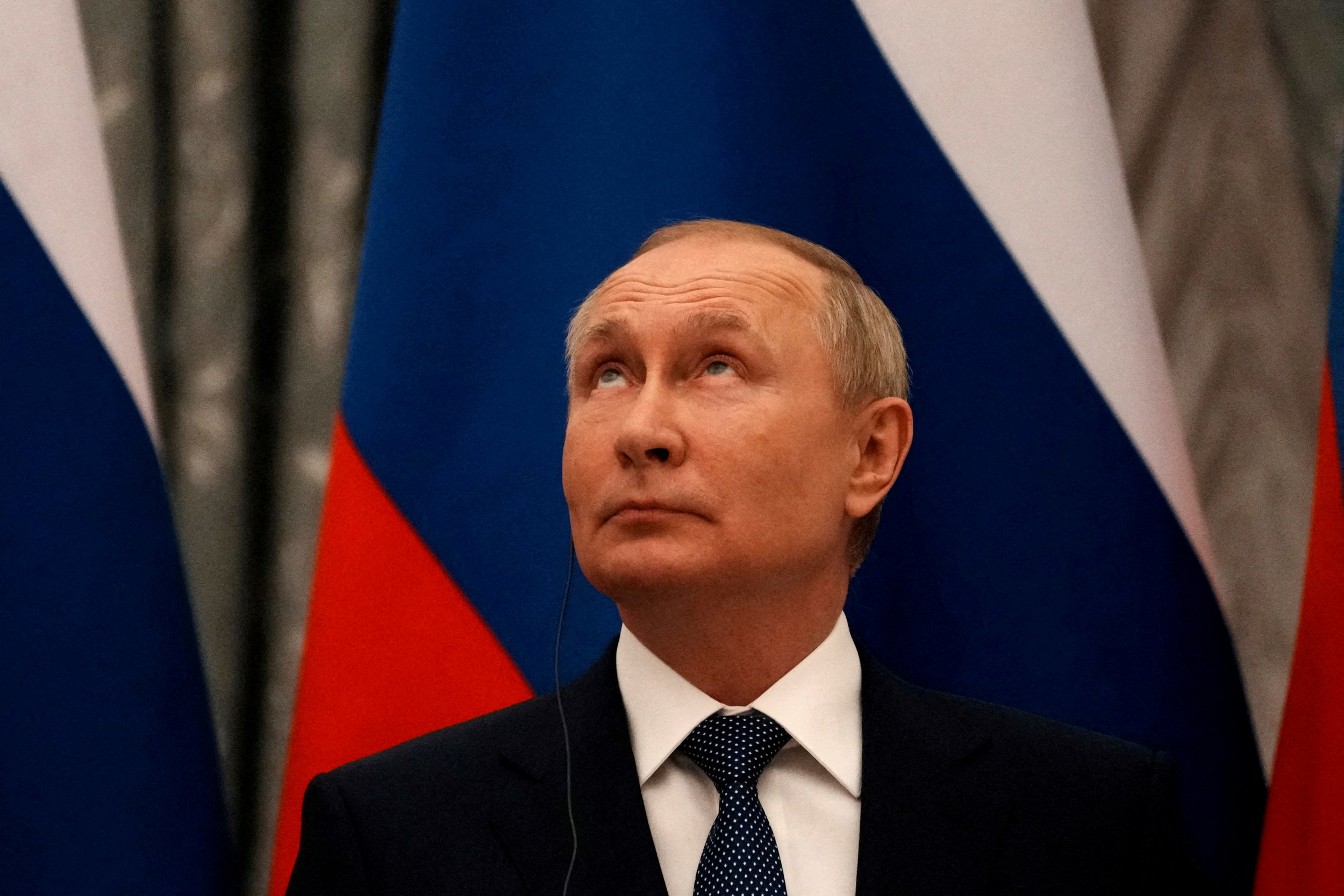 After more than two decades of positioning, manipulating and bullying, Vladimir Putin has established himself as the sun at the heart of Russia’s political universe.

All the other stars in this dark galaxy must orbit around him, with those showing insufficient loyalty or faith cut loose to drift into oblivion – or worse.

Since rising to power at the very end of the 20th century, My Putin has never left high office (his run as president was only broken by a brief stint as prime minister between 2008-2012, a game of musical chairs orchestrated to pay lip service to constitutional niceties).

Throughout it all, he has been surrounded by a tight clique of advisors, confidantes and friends who he has recycled around government positions, rarely bringing in new blood.

Many of the attendants still permitted access to the king’s court were there at the very start, when Mr Putin was handpicked by Boris Yeltsin as his heir apparent.

The outgoing president – the first to be elected in the chaotic days preceding the collapse of the Soviet Union – elevated the hitherto obscure mayor of St Petersburg and ex-spook on the advice, so the story goes, of his friend Roman Abramovich.

Back then, Mr Putin spoke of modernising Russia, developing ties with the West, cracking down on the oligarchs – and even joining Nato. Today, he is leading a war that looks doomed to fail, even in victory.

The circle around Mr Putin has become smaller and less diverse in recent years, his echo chamber fortified by the extreme Covid-19 measures he has placed around himself (including the notorious long meeting tables).

So who are the select group still allowed near the Russian president? And can any of them talk him back from the brink?

During that time, he developed the ruthless instincts that would keep him in power for more than two decades – and made friends for life.

The siloviki – which translates as ‘men of force’ – have remained close ever since and hold some of the most important positions in the government.

They have been in the ascendancy in recent years during Russia’s rapid descent from flawed democracy to autocracy, elbowing out more moderate voices and reinforcing Mr Putin’s more nationalistic and authoritrian impulses.

Igor Sechin runs one of Russia’s biggest energy firms and is reportedly head of this unofficial clan. Nicknamed ‘Darth Vader’, he has previously been described as the ‘second most powerful man in Russia’.

Several of the hard men sit on the Security Council and have held a range of key roles, including:

Viktor Zolotov is another good example of the ‘it’s who you know’ principle at work in Russia: the ex-KGB man was Mr Putin’s personal bodyguard when he was mayor of St Petersburg – now he runs the National Guard.

On the military side, Mr Putin’s man is Valery Gerasimov, a career soldier who rose to become General of the Russian Army and is credited with devising the concept of hybrid warfare currently being deployed in Ukraine.

Mr Putin has also retained close allies whose origins are in the world of politics rather than intelligence.

The most prominent of these is Sergei Shoigu who, as defence minister, has become one of the public faces of the war.

As with many people in this clan, he has been there since the very start of Mr Putin’s reign and shuffled around various high profile roles.

Another who fits that bill is Vyacheslav Volodin, one of the men who helped establish the United Russia party as the only political organisation in the country with any clout.

His real influence over Mr Putin began during his second stint as president, helping to shape a more right-wing political agenda from within the Kremlin.

Now he serves as chairman of the State Duma, Russia’s parliament, and has effectively overseen its transformation into a rubber-stamping machine for the Ukraine invasion.

The newest name on this list is Anton Vaino, the current Kremlin chief of staff and and a rare drop of new blood in Mr Putin’s circle.

Much of his early time in power was dedicated to breaking the influence of the small band of tycoons who had rapidly hoarded wealth and influence by buying up formerly state-owned enterprises at cut rate prices in the 1990s.

Some were driven out of the country, while the richest of them, Mikhail Khodorkovsky, was imprisoned after he publicly accused Mr Putin of corruption.

Now, the oligarchs are still vastly wealthy but not necessarily powerful – their influence is in the gift of the president and they retain their luxurious positions only if they are subservient to the man in charge.

But that’s not to say they don’t have any role, especially those who have business ties to Mr Putin and help him acquire his own off-the-books fortunes.

The boardrooms of Russia’s biggest companies are littered with personal friends, political allies and former ministers from Mr Putin’s past, creating a sort of state-owned economy by stealth.

That’s why three of them were the first to be sanctioned by the British government after the invasion of Ukraine.

Boris Rotenberg and his nephew, Igor, run vast swathes of Russia’s lucrative gas industry and are accused of deep ties to Mr Putin (the elder of the two has reportedly been a personal friend of the president for decades).

The other name at the top of the sanction list was Gennady Timchenko, another billionaire who is reportedly a close friend of Mr Putin.

Seven more billionaires ‘whose business empires, wealth and connections are closely associated with the Kremlin’ were sanctioned by the UK this week (including the aforementioned Igor Sechin).

The most recognisable name on the list is Chelsea FC owner Roman Abramovich, one of the few of the original oligarchs to still play a prominent role in Russian business.

He was in fact a close ally of Boris Yeltsin and not in Mr Putin’s original set but has secured his position by not rocking the boat, retaining his vast wealth while much of Russia’s new money elite was displaced by those in the presidents personal favour.

Mr Putin has spent years attempting to develop a network of friendly leaders to secure control over countries in Russia’s immediate neighbourhood.

His success at doing so has been mixed, not least in Ukraine, where the loss of political influence eventually precipitated today’s war.

Mr Putin’s man in Ukraine is reportedly Viktor Medvedchuk, a pro-Moscow politician, billionaire and personal friend to the Russian president. He has been under house arrest in Ukraine since May 2021.

The Kremlin’s previous man in Kyiv, Viktor Yanukovych, fled Ukraine after being forced from power in a pro-European revolution in 2014.

The installation of Ramzan Kadyrov in Chechnya has been more successful. He was thrust into power aged just 30 in 2007 when his father, a warlord who switched from fighting Russia to allying with the Kremlin, was assassinated.

His personal elite squad of soldiers – known as the Kadyrovtsy – are fighting in the invasion and the Chechen leader has become a brutal cheerleader for Moscow in a country once subjected to much of what Ukraine is going through now.

Another example is Alexander Lukashenko, the man who has ruled Belarus since 1994 and has allowed his country to be used as a staging point for Russia’s assault on Kyiv.

These Kremlin allies beyond Russia’s borders are not the ‘inner circle’ but Mr Putin’s determination to build an empire means he is always careful to keep them on side – and in line.

Many Kremlinologists say the shrinking of Mr Putin’s circle in recent years has directly led to the aggressive stance on Ukraine.

There used to be a strong liberal wing active in Russian politics, spearheaded by Dimitry Medvedev, the ex-president and prime minister who swapped offices with Mr Putin between 2008 and 2012.

This once-influential set – many of whom hail, like the president, from St Petersburg – appear to be out in the cold (although if they oppose the war, they are keeping it quiet).

Vladislav Surkov has also been out of favour since 2020, although it’s unclear why he was cut loose and whether it reflects a split on Ukraine policy.

He was the political thinker credited with shaping Mr Putin’s post-truth approach to politics and was often cast as a grey cardinal, the brains to the brawn of the siloviki.

His intellectual influence has seemingly been replaced by ethno-nationalist theorists of Russian history – most notoriously the neo-fascist thinker Aleksandr Dugin – whose work was regurgitated in a 7000-word essay on Ukraine attributed to Mr Putin last year.

Unsurprisingly for an ex-spy, prominence does not necessarily equate to influence in the court of Agent Putin.

Sergei Lavrov, Russia’s foreign minister, is perhaps the second most recognisable Russian politician in the West and has become an international mouthpiece for the invasion.

But few who watch the Kremlin closely believe he has any influence over Mr Putin’s mindset or ultimate policy decisions, instead being deployed as a sort of salesman on the world stage.

Can anyone change Putin’s mind?

The first challenge is getting anywhere near him. The Russian president has imposed tight Covid-19 restrictions around himself and is reportedly rarely in the Kremlin, preferring to run the country from properties outside the capital.

All the signs are that if Mr Putin is still listening to anyone, it’s the siloviki – although they’re unlikely to be telling him what Ukraine and the West hope they are.

But there are signs of cracks in the relationship between Mr Putin and his treasured security services.

Prior to the invasion, the president humiliated Sergei Naryshkin on live television, he is reportedly furious at intelligence failures about the Ukrainian resistance and Kyiv has claimed rogue elements in the FSB have tipped them off about assasination attempts.

But there is another important group that could sway Mr Putin, one not mentioned above: the Russian people.

The president has watched in horror as revolutions have swept away seemingly untouchable leaders in former-Eastern bloc countries throughout his reign, most notably in Ukraine.

His fear of undergoing the same fate is evidenced by the targeting of dissidents and the violent policing of protests which have already begun in Russia.

Ultimately, all those who have fought for influence over the president may find their voice drowned out by that much larger group.

Russia-Ukraine war: Everything you need to know

Since Russia’s invasion of Ukraine began on February 24, the country has suffered widespread damages and loss of life amid a major bombing campaign.

Countries have retaliated by imposing sanctions on Russia and oligarchs such as Roman Abramovich, while large companies like Disney, Starbucks, McDonald’s, and Coca-Cola have suspended business in the country.

However, despite these economic blows, Russian President Vladimir Putin hasn’t shown any signs of calling off the attack anytime soon, with attacks targeting radioactive labs.