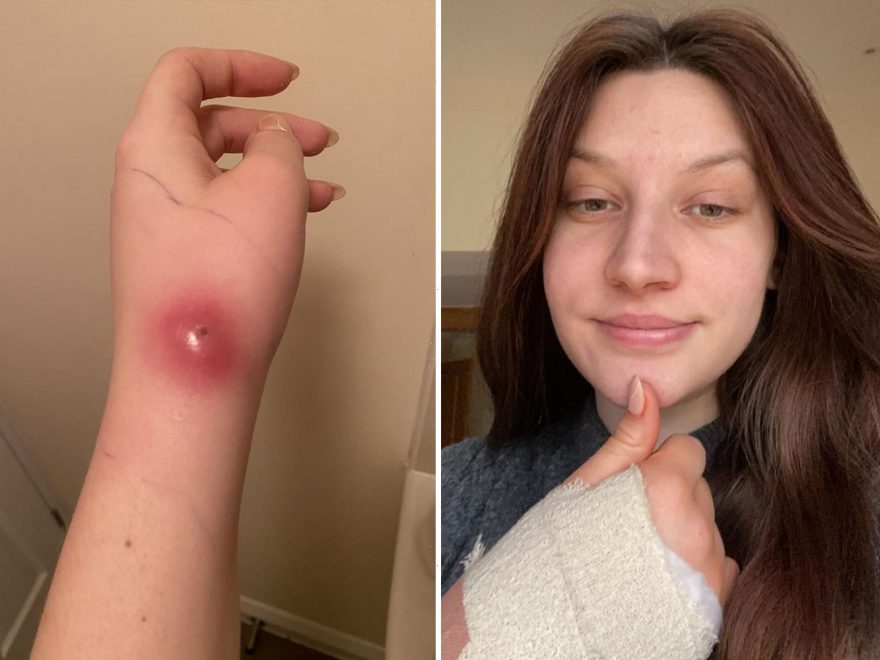 A WOMAN was left too scared to sleep after a massive spider bit her so badly she needed surgery – and she says it's still on the loose in her home.

Anya Cantrell, 20, was initially unconcerned when she woke up with a bite mark on her hand at her home in Chichester, West Sussex, on January 6. 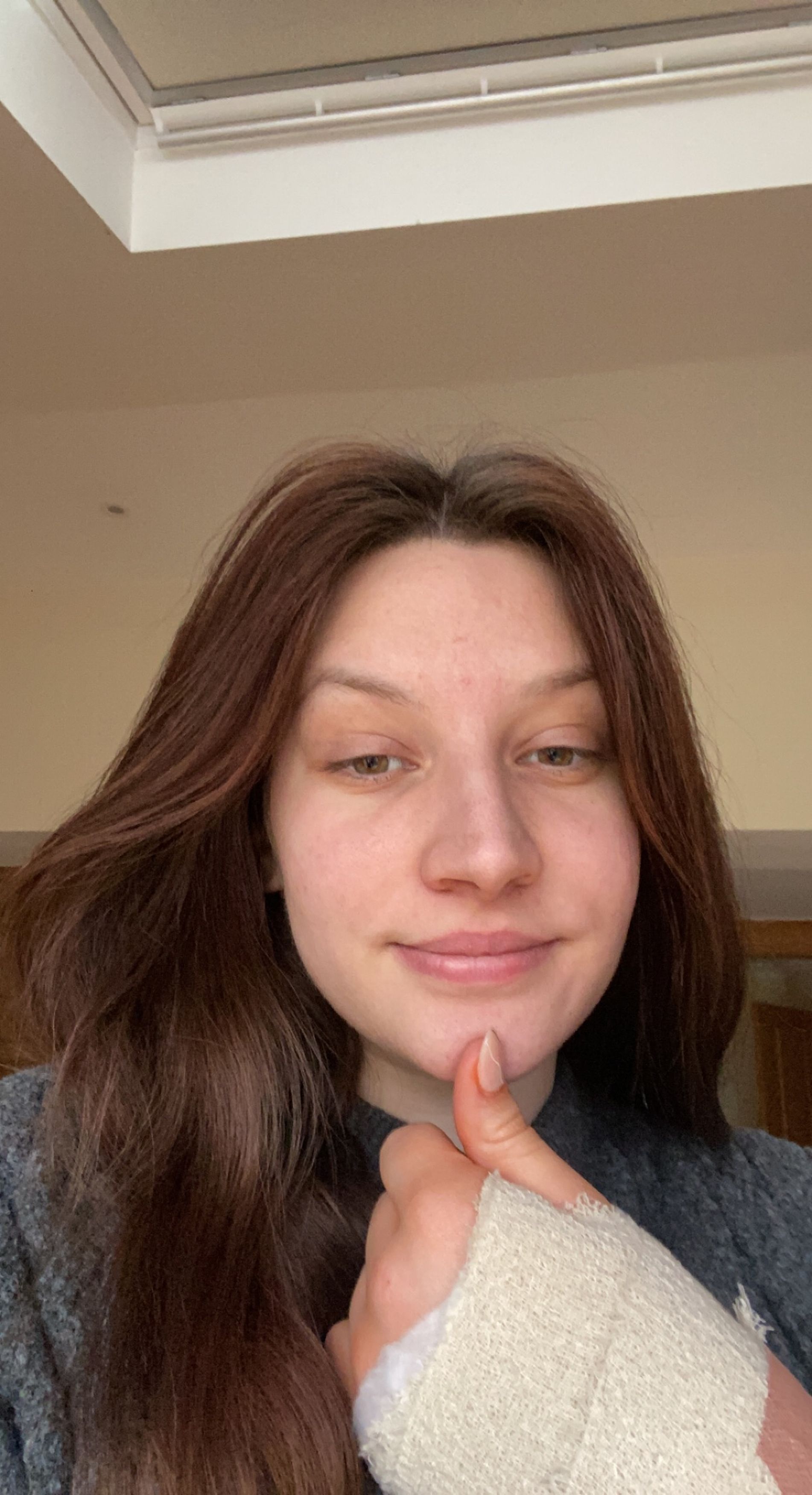 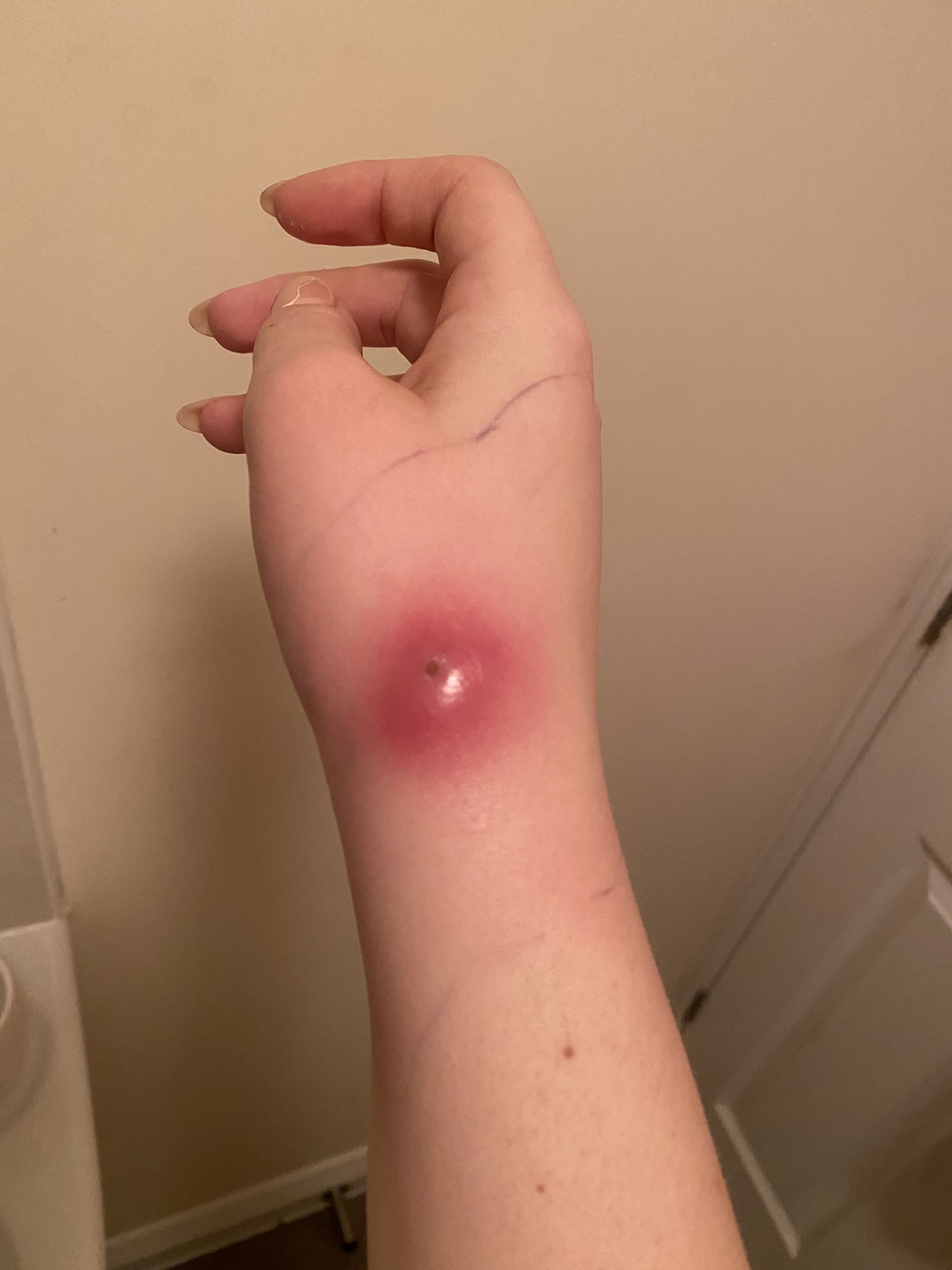 But as her injury worsened over the next two days, student Anya started to worry after her hand swelled to "double its size" and she began to experience agonising pain.

A team of surgeons drained the fluid from the theatre student's hand and confirmed that the bite was from the common false widow spider.

Terrified Anya claims that she "could have died", as doctors caught the injury just before the infection went into her bloodstream. 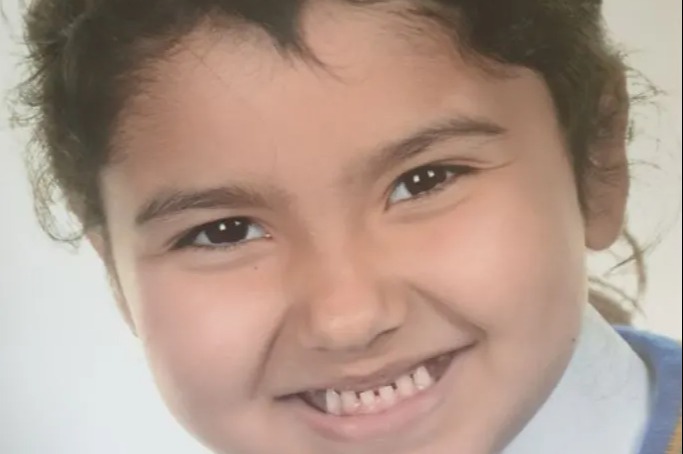 Driver ‘hit and killed’ girl, 5, before ‘going on to deliver takeaway’ 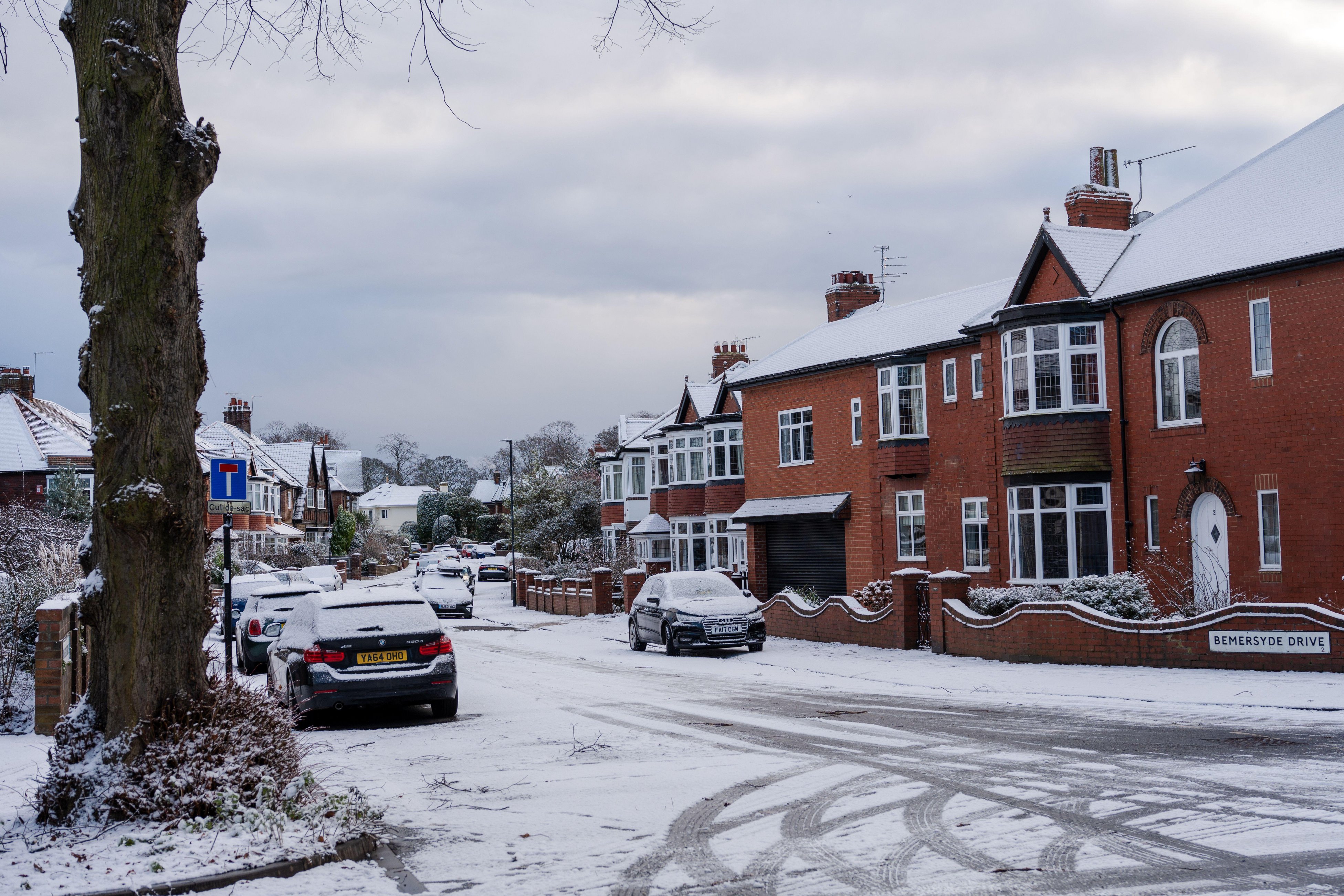 Full list of school closures as snow and ice warnings hit UK – are you affected?

However, the scariest part was far from over, as the creepy-crawly is yet to be found in Anya's student home.

The nervous young woman claims she now resorts to searching her room before she goes to sleep, afraid that something will crawl on her in the night.

Anya, who is from Southampton, Hampshire, said: "It was scary. To start with, I thought it was a bite and I could just get antibiotics and it would be fine.

"After [the surgery] they said they were lucky they caught it when they did, because it was very close to going into my bloodstream and becoming sepsis.

Gran's tribute to girl, 4, & mum killed after being hit by ‘racing Audi'

"There's a risk I could have died. I was quite panicked."

And she confirmed that the arachnid could still be on the loose.

She continued: "[We] haven't managed to find the spider. That's scary as well.

"My parents dropped me back [from the surgery] and I asked my dad to come into my room and check everywhere, search all the corners and everything.

"It happened while I was asleep, so [now] before I go to sleep, I'm checking everywhere to see if there's anything that could potentially crawl on me in the night."

After her surgery, Anya went home to visit her parents in Southampton, taking refuge from the eight-legged villain hiding in her house.

Anya claims that she left her bedroom door open whilst she was away in hope that the lurking pest would crawl away.

Already terrified of spiders, the bite victim's run-in with a false widow has made her more afraid than ever.

Anya said: "It's more scary now thinking it could still be there, after what it's done to my hand.

"I went back home to my parents and I left my bedroom door open. I was like, 'I'm leaving my door open so if anything is in there it can crawl out and bog off'.

"I'm petrified of spiders as it is. When I see one, I have to be out of the room."

And she says the ordeal has meant she would not even be able to get rid of a spider by herself.

"[Now] I walk into a room, and I'm checking all the corners. If there's a spider anywhere near me, I'm like, 'Get away from me. This is what spiders do to my hand'.

"This has definitely made me more afraid of spiders. I think if it came to it [before] and I was by myself, I'd be able to get rid of a spider. But now I'm saying no." 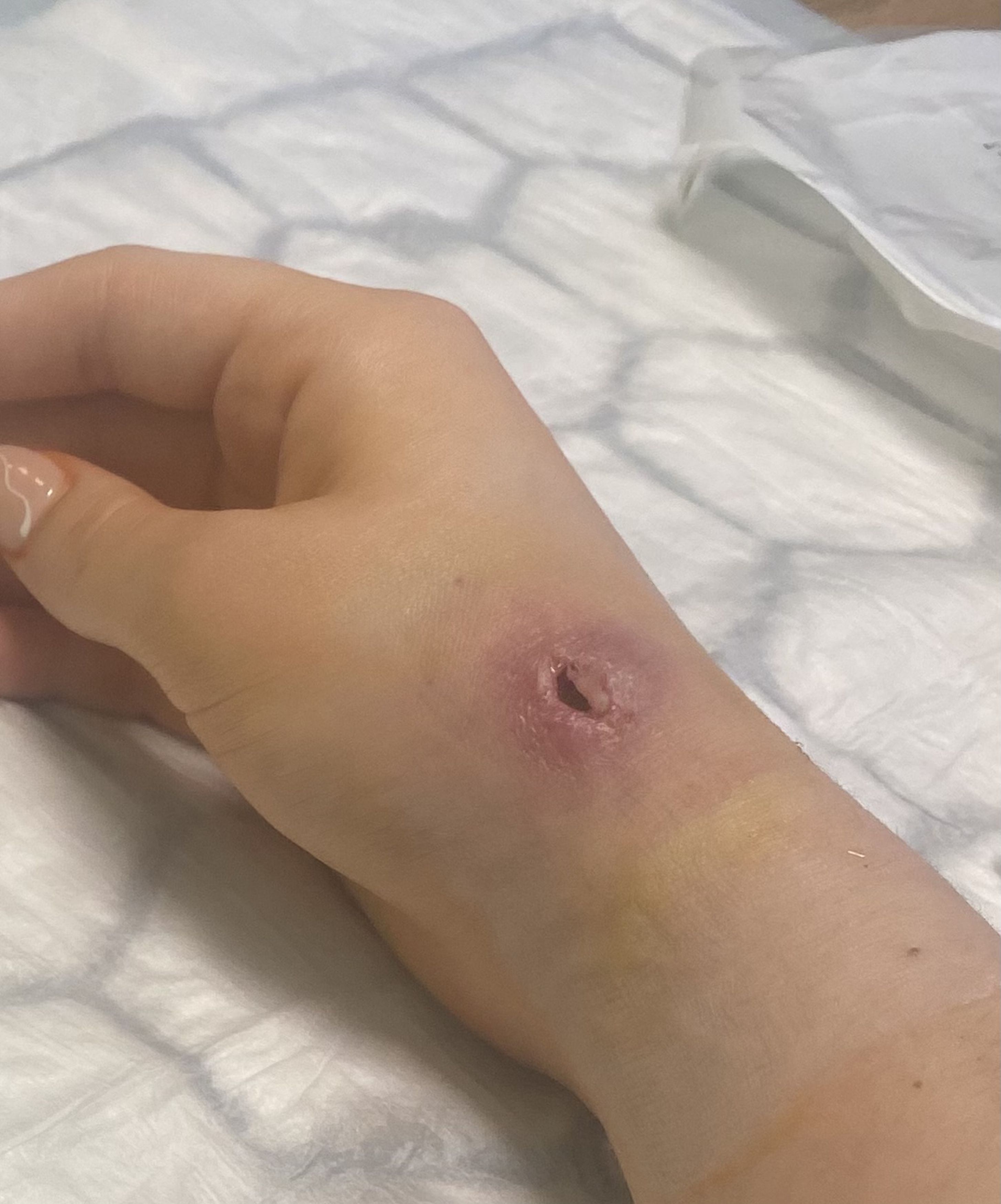 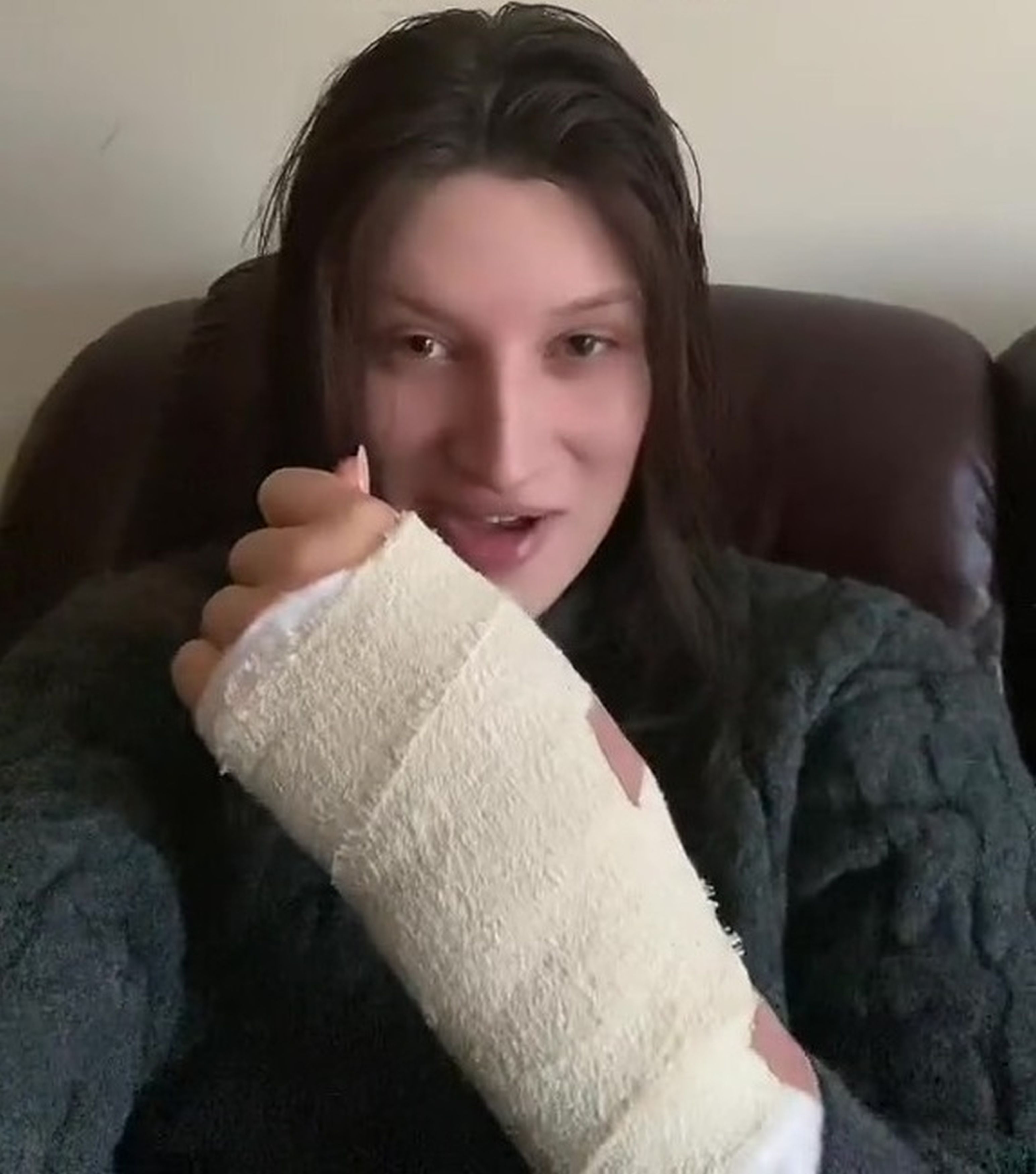