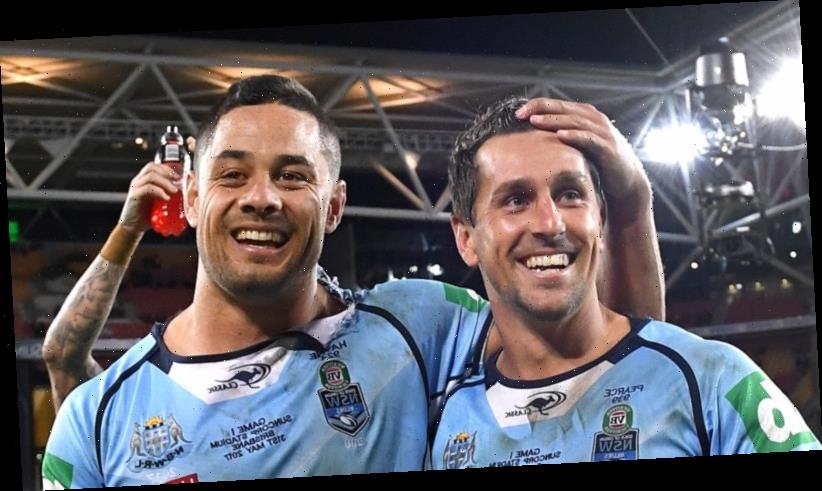 Six-and-a-half weeks after he sexually assaulted a woman at her Newcastle home, leaving her bleeding from the genitals, Jarryd Hayne became aware that police and the NRL integrity unit were investigating.

He picked up the phone to tell a friend, unaware that police were also listening. He would be charged four days later. 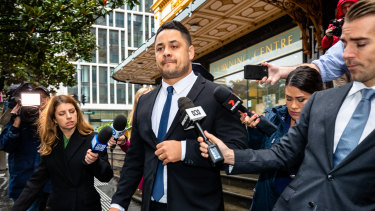 Jarryd Hayne leaves court after being convicted of sexual intercourse without consent.Credit:Edwina Pickles

“She just wigged out. And then I watched a bit of the grand final with her old girl. Come back and we were just fooling around and she like, she bled a little bit. It was weird.”

“And she wigged out and that?” Pearce said.

Hayne said he told the woman “listen, nah, you’re sweet … my fingernail must have just clipped you, that’s all, nothing major” then told her: “I’d better go now”. He said the woman had now said “I was aggressive and she said ‘no no no’.”

“I’ll get her for defamation, easy.”

Pearce asked if he had a lawyer.

“I spoke to my lawyer and that, oh mate, I’ll get her for defamation easy,” Hayne said.

In a call the next day, with an unidentified man, Hayne said the woman was “a f—in’ idiot” and “just a weirdo, mate, you know, a young cow just carrying on”.

“I think she started to like me or something, then because I brushed her, f—in’ blowing up,” Hayne said. 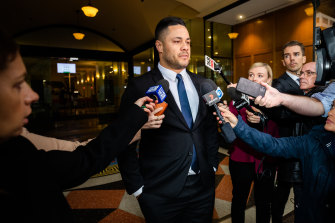 Hayne will face a sentencing hearing in May.Credit:Edwina Pickles

“After that night, I just like, ‘ah, whatever, bye’, and then ’cause I didn’t … really speak to her face, she was filthy.

“You speak to them for a bit, they get attached.”

Hayne was found guilty on Monday of two counts of sexual intercourse without consent after he used his hands and mouth on the woman at her home in the suburb of Fletcher on September 30, 2018.

It was the first time Hayne had met the woman, after the pair flirted on social media for several weeks. Hayne was in town for a bucks’ weekend and the woman offered to meet him for a cafe breakfast, but instead he stopped at her house on his way back to Sydney, leaving his $550 taxi waiting outside.

When the woman discovered the taxi was waiting, she resolved there was “no way in hell” she was going to touch Hayne, who she described as a “sleaze” who only wanted one thing.

The woman told a NSW District Court jury that Hayne then used his hands and mouth on her, despite her protests of “no”. The encounter only ended when she began bleeding profusely from two lacerations to her genitals, caused by the skin stretching beyond its capacity.

Shortly after Hayne left, the woman told a friend what had happened and sent her a photo of the injuries. The friend responded that Hayne was a “f—ing c—.”

“I’m too scared to report it, he would have the money to ruin me,” the woman later told the friend. “The last thing I need is my life in the public eye.”

The incident was reported to police when the woman’s brother-in-law found out and contacted sports journalist Danny Weidler for advice. The brother-in-law then spoke to the NRL integrity unit, who referred it to sex crimes detectives.

On Monday, Detective Superintendent Stacey Maloney from the Child Abuse and Sex Crimes Squad said it was “vitally important” for all victims of such crimes to come forward.

“We believe you, and we’ll be on the journey with you,” Ms Maloney said.

Hayne has been convicted and will face court in May for sentencing.