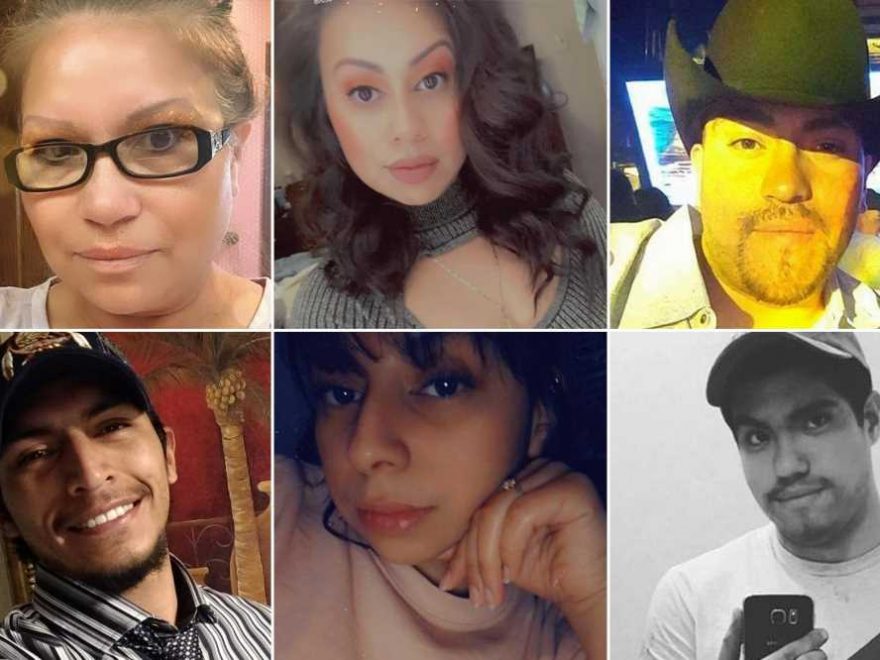 Wisconsin casino shooter threatened boss after being fired: ‘Times up’

A woman who survived the shooting in Colorado that left six people and the gunman dead said the party where the massacre took place was to celebrate her birthday — as the victims of the shooting have been identified.

“My mom had always liked celebrating them together,” said Marquez, who was at the party with her husband, Freddy Marquez.

Those killed in the bloodbath were identified as Melvin Perez, Joana Cruz, Nuvia’s other brother, Jose Guttierez, 21, Melvin’s wife, Mayra Perez, 32. and Mayra’s sister Sandra Ibarra and brother Jose Ibarra, according to the report.

The shooter, described as the boyfriend of one of the victims, arrived at the birthday party shortly after midnight Sunday and opened fire before taking his own life, the Colorado Springs Police Department said.

Police arrived to find six people dead plus a seventh who was seriously wounded and died after being taken to a hospital.

“The children at the trailer were uninjured by the suspect and are now with relatives,” the statement said.

Family, friends and children were celebrating inside a trailer at the Canterbury Manufactured Home Community, a mobile home park of largely Latino residents about 70 miles south of Denver.

Freddy Marquez identified the suspected gunman as Sandra’s boyfriend, described him as “quiet” and “serious,” and said he always carried a gun.

He had met the man only once and said “there was nothing out of the ordinary” about him.

Freddy described his mother-in-law, Joana Cruz, as “loving” and “hard-working.”

“She was always laughing,” he told The Gazette, adding that her sons were “just like their mom. They were all great people.”

A fundraiser for funeral expenses had raised more than $7,500 by Monday morning.

“Mayra was a great employee and a friend. I got to know many members of her family, including her husband, sister and mother-in-law. I cannot imagine the pain this loss must be and how their children will cope with this tragic and senseless loss,” one Facebook user posted on the site.

A woman who lives near the mobile home park said she woke up to the sound of what she believes were gunshots and eventually heard crying outside.

Two young kids were put in the back of a police car.

“And on Mother’s Day,” the woman, who did not wish to be named, told the news outlet.

In a statement, Gov. Jared Polis called the mass shooting a “terrible act of violence,” occurring as “many of us are spending the day celebrating the women in our lives who have made us the people we are today.”

He added: “Families torn apart, and at a birthday party, no less.”

“Today we find ourselves mourning the loss of lives and praying solemnly for those who were injured and those who lost family members,” Suthers said in a statement. “We think, too, of the emergency personnel who responded to a horrific scene and we keep them in our prayers today.”

“This is something you hope never happens in your own community, in the place that you call home,” he said, according to The Gazette.

“My vow to this community and to the families who have lost someone today is that this department will do everything we can to find you the answers you deserve and be here for you with an unwavering support,” the chief added.