The public’s reaction to Melbourne’s 9pm to 5am curfew being lifted has ranged from the excited to the indifferent.

While some revelled in the chance to walk the dog late at night, others said they couldn’t yet visit friends or travel outside a five-kilometre radius of their house, so they didn’t feel anything had changed. 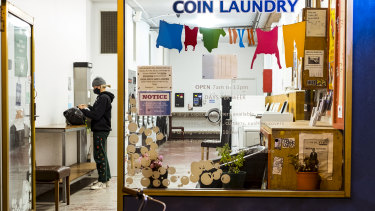 A Melbourne resident takes advantage of the curfew lifting to do some late-night laundry.Credit:Chris Hopkins

South Melbourne IT worker and night owl Bruce Freshwater said he felt "very happy" that he could resume his pre-curfew routine of cycling 30 kilometres in multiple laps of Albert Park Lake after 10pm, three or four times per week.

Mr Freshwater, 47, who has been working from home since March, said after his gym and pool closed, he took up cycling, going out for an hour from as late at 10pm.

"It’s quiet, there’s no one around, no dogs, no children, no crowds to worry about," he said.

It felt like "clinging on to normality" and a coping strategy during the pandemic. He would often then go shopping at 11pm. 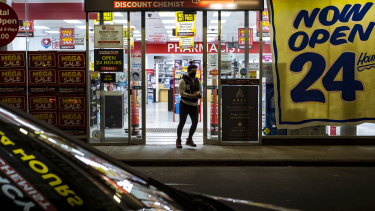 Others did some late-night shopping now the curfew has lifted.Credit:Chris Hopkins

Ms Loielo is claiming in the Supreme Court of Victoria that the curfew is disproportionate and violates her human rights.

The curfew was introduced on August 2 from 8pm to 5am daily, and from August 14, it was changed to 9pm to 5am. 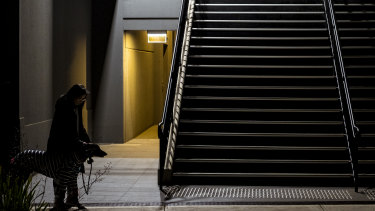 Others took a late-night walk with the dog.Credit:Chris Hopkins

One reader said that with the curfew over, they intended to "go for a walk at 11pm with my whole household (our allowed two hours of exercise within 5km from home) then go to Maccas for a coffee on our way back home".

But another reader said: "We still can’t leave the house for more than two hours, can’t visit friends or family nothing is open and my work is shut so it was a pointless rule in the first place, but it changes nothing."

Another contributor, David, said the curfew ending offered him nothing new. 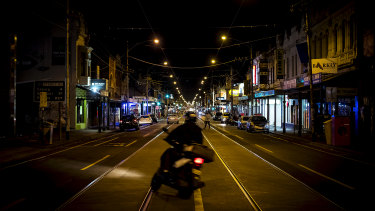 Melbourne’s streets were still quiet despite the lifting of the curfew.Credit:Chris Hopkins

"The other restrictions still prevent normal activity. Lifting the curfew has virtually no practical effect. It was done as a political tactic – given it is highly likely to be struck down as illegal anyway.

"But until family visits are allowed and the 5km permit zone is removed, and pubs/clubs/restaurants can open, nothing much changes other than not being fined for being on the footpath outside my home at 1 minute past 9pm."