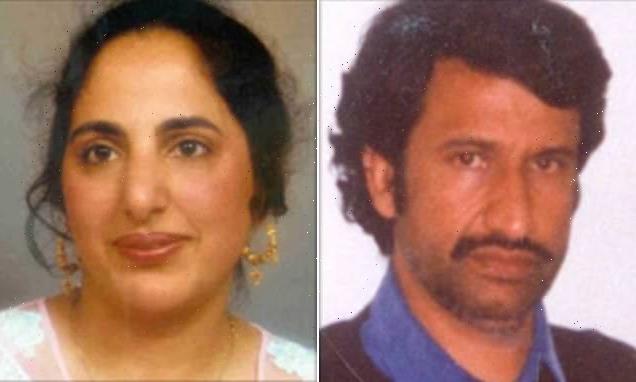 A killer who strangled his wife to death with a headscarf in front of her children when she asked for a divorce has been jailed for life with a minimum of 19 years.

Zafar Iqbal, 62, throttled Naziat Khan, 38, with her own scarf in front of their three young daughters at her home in Norbury, south-west London, in August 2001 before fleeing to Pakistan.

Iqbal carried out the killing ‘for no better reason’ than that he could not face the cultural shame that would follow from his wife’s demand for a divorce, the Old Bailey heard.

Iqbal was sentenced to life with a minimum term of 19 years for the so-called ‘honour killing’ which took place 21 years ago. 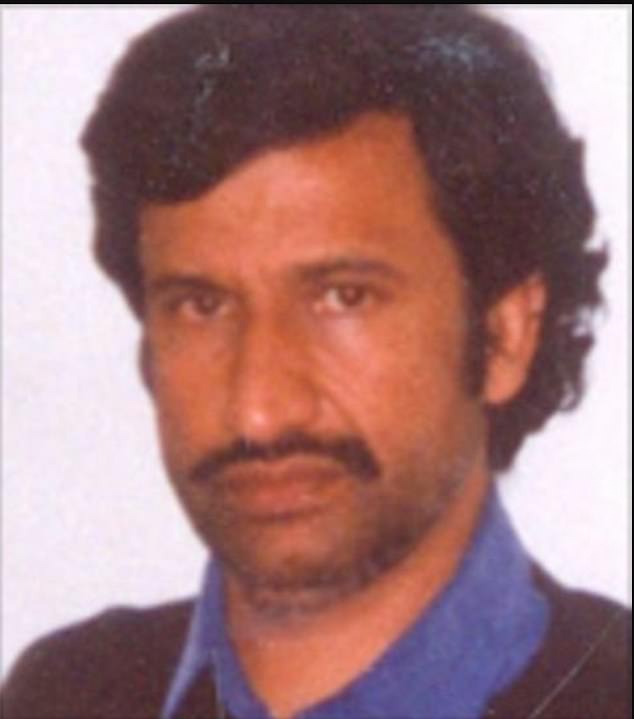 Zafar Iqbal, 62, (pictured) throttled Naziat Khan, 38, with her own scarf in front of their three young daughters at her home in Norbury, south-west London, in August 2001 before fleeing to Pakistan 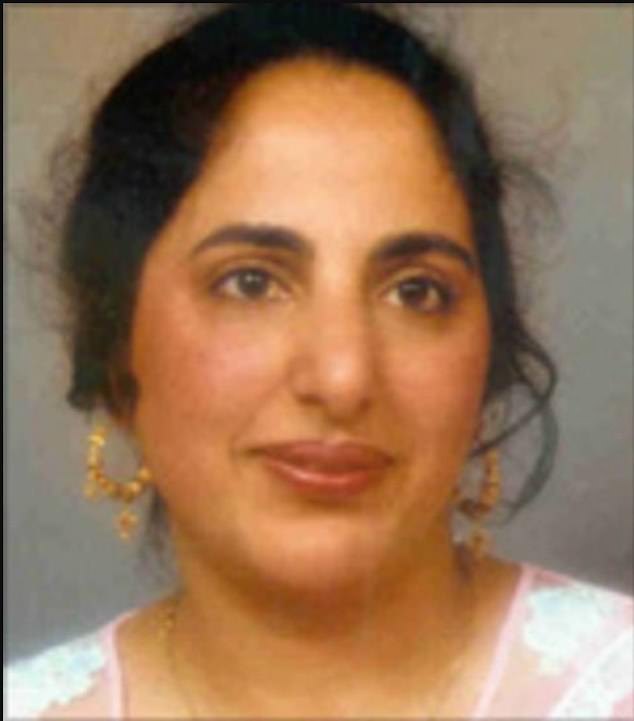 As he tightened the ligature, Iqbal told the girls, aged three, 10 and 10: ‘If you talk or anything, I’ll do it tighter, so the more you cry or talk the more it’s gonna hurt her,’ the court was told.

Afterwards, he abandoned the children with an acquaintance and fled to Pakistan only to be extradited to face justice in the UK in 2021.

Earlier this month, Iqbal pleaded guilty to Ms Khan’s murder and appeared at the Old Bailey on Monday to be sentenced.

Passing the sentence at the Old Bailey today, Judge Sarah Munro said: ‘On Monday August 20 2001, you strangled your defenceless wife to death with her own scarf in front of your three young children in their home in Norbury.

‘You did so for no better reason than that you could not face the cultural ignominy that would follow if the divorce proceedings that she had brought against you had reached their conclusion.’

She had been brought up in England and had an arranged marriage with the defendant in Pakistan in 1985.

Mr Orchard recounted a series of domestic violence incidents from 1999.

In one incident in March 1999, Ms Khan was slapped and left with two black eyes.

In January 2000, the defendant wrapped a scarf around her head and mouth, tied up her legs, and threatened her, saying: ‘I’m gonna kill you,’ the court heard.

The defendant took some of her jewellery and the attack was reported to the police but later withdrawn.

In March, the victim initiated divorce proceedings after she was left with a fat lip.

The court heard how Ms Khan had applied to the Islamic Sharia Council.

Mr Orchard said the defendant appeared not to want a divorce, and in January 2001 the couple agreed to a four-month reconciliation.

By June, the relationship had broken down and Ms Khan renewed her application.

Mr Orchard said: ‘Islamic Council records show that on Monday August 20 2001, the defendant contacted them that day by phone and stated that he wanted another four months to reply.

‘He requested he be contacted by telephone rather than letter in future, as someone else had read one of his letters and it was ’embarrassing to him’.

‘Shortly after 1pm that same day, Naziat was killed.’

Mr Orchard said the defendant intended to kill his wife when he attacked her in front of three of their children, describing the murder as ‘cold, callous and calculated’.

The prosecutor said the defendant was possessive and jealous and killed his wife out of anger and the ‘final realisation that his marriage was over’.

In a victim impact statement, one of Ms Khan’s daughters, who cannot be named for legal reasons, vowed their mother would not become just an ‘honour killing’ statistic.

‘I pray you never forget her face and that when you sleep you think of not only her future you snatched, but ours too.

‘Our mum will not become just a statistic in honour killings.

‘Her story lives on through us and we will always campaign to make sure women’s voices are not silenced.

‘She will never be forgotten and will remain in our hearts.’

Iqbal sat with his eyes closed in the dock, assisted by an Urdu interpreter, as Judge Sarah Munro told him he would finally face the punishment he ‘so richly deserve(s)’.

Passing sentence, the judge said: ‘On Monday August 20 2001, you strangled your defenceless wife to death with her own scarf in front of your three young children in their home in Norbury.

‘You did so for no better reason than that you could not face the cultural ignominy that would follow if the divorce proceedings that she had brought against you had reached their conclusion.’

Judge Munro said Iqbal’s actions set in motion years of ‘pain and anguish’ for the children, whose mother was taken away ‘before their very eyes’, adding it was ‘hugely to their credit’ that they have managed to build lives for themselves in adulthood.

Edward Brown KC, defending, had argued for a lighter sentence on the basis that cultural attitudes towards marriage and family would have influenced Iqbal’s position.

The killer believed his wife was demanding a divorce while in a relationship with another man, the court heard.

Referring to expert evidence, Mr Brown said: ‘The stated reasons for the divorce would be considered especially offensive within a patriarchal culture in which (Iqbal) was raised.

‘A woman represents the moral honour of her family.’

Mr Brown argued the demand for a divorce resulting from an extramarital relationship would ‘not only fuel anger in that it disrespects the authority of men, but in that it brings dishonour and shame on the family’.

He added that these attitudes are ‘very outdated by today’s UK cultural norms, but it is clear from the experts that they remain an important part of Pakistani culture and even more so in 2001 than today’.

However, Judge Munro said that while a wife’s infidelity and proposal of divorce may have caused ‘acute embarrassment’ in Iqbal’s culture, this served as an explanation rather than an excuse.

The judge said the only mitigation was evidence of mental ill health and Iqbal’s guilty plea.

She acknowledged the defendant’s now adult children, none of whom can be named, saying: ‘The effect of your actions on your four children cannot be overstated.