Netherlands: Britain's Electoral Commission has blamed "very short notice" from the government of the UK's participation in European Parliament elections, after many EU citizens complained they were unable to vote in Britain on Thursday.

A bomb scare also forced the closure of two polling stations in London, after an unexploded World War II bomb was discovered at a nearby building site. 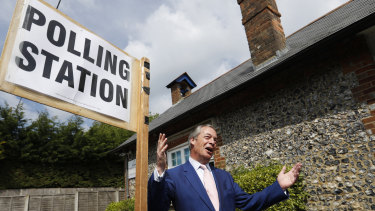 Houses, universities and schools were evacuated, with people forced to take cover at a church until evacuation orders were lifted.

Millions of people across Europe are casting their votes over four days to elect a total of 751 members to the European Parliament. Elections were not meant to be held in Britain as the country was expected to leave the EU in March.

The delayed Brexit plans resulted in hundreds of voters across the UK being turned away from polling stations, according to The 3 Million, a lobby group for EU citizens living in Britain.

The Electoral Commission said all eligible EU citizens could vote in their home country, but if they wanted to vote in Britain they needed to complete paperwork to transfer their right to vote to the UK. 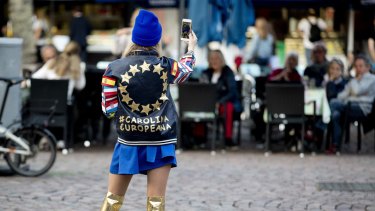 A woman takes a selfie during in Frankfurt, Germany.Credit:AP

But it said there wasn't enough time to publicise the process ahead of the vote.

British Prime Minister Theresa May's spokesman James Slack said while he recognised the "frustration … the government doesn't have a role in the administration of the polls".

The elections, which end on Sunday, come as support is surging for populists and nationalists who want to rein in the EU's powers, while traditional powerhouses like France and Germany insist that unity is the best buffer against the shifting economic and security interests of an emerging new world order. 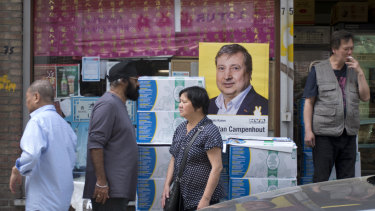 An election poster is displayed in the window of an Asian food store in Antwerp. Belgium, which has one of the oldest compulsory voting systems, will go to the polls for regional, federal and European elections on May 26.Credit:AP

An exit poll published by Dutch national broadcaster NOS shows that the Labor Party has won the most seats in the Netherland's European Parliament election.