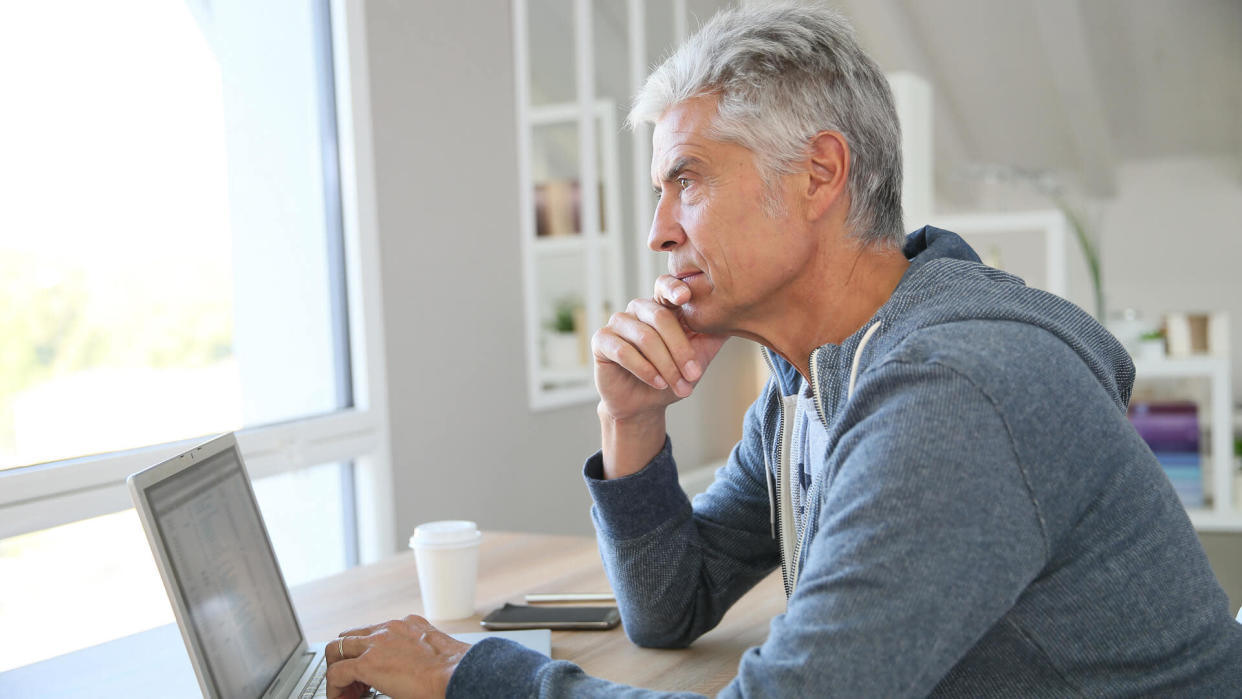 For generations, people labored until they hit retirement age, got an office party and maybe a watch on their last day, and then walked off into the sunset of retirement — but for many, it was more like jumping into a cold swimming pool.

Be Aware: 27 Ugly Truths About Retirement
Find Out: 25 Things To Sell When You’re Ready To Retire

The shock of plunging into retirement from full-time work with no transition period can be more traumatic than liberating — but for the first time in history, older workers can stroll into retirement slowly instead of jumping in head-first.

“Easing into retirement may just be the superpower of the modern age,” said Jordan Grumet, M.D., author of “Taking Stock.” “We know that a gentle move from the accumulation to the decumulation stage may strengthen retirement portfolios as well as ease the psychological occurrence of depression, anxiety, and isolation that come along with full retirement. But how do retirees do it?”

That is the question that more and more older workers are trying to figure out for themselves — and GOBankingRates asked the experts to point them in the right direction.

The ‘Art of Subtraction’

One of the healthiest ways to adjust to retirement is to remove the least-pleasant vestiges of your career piece by piece until you’re acclimated to your new life as a retiree. In summing up the concept, Grumet coined the phrase “the art of subtraction.”

“Instead of leaving work fully,” Grumet said, “why not slowly subtract out all the things we don’t like about our jobs and keep what is good? As a physician, many of my colleagues stop night and evening calls, stop taking new patients, or transition to half-day schedules. While not all professions allow this, many companies allow more senior employees to stop taking on new clients, go to part-time or halftime schedules, move to a new role as a W-2 consultant, or work only during busy times.”

He gave the example of accountants who help out in tax season or retail employees who work around Christmas.

POLL: Do You Think States Should Suspend Their Gas Taxes?

According to the Wall Street Journal, corporate America is trending toward giving older workers the choice of cutting back their hours but retaining their full-time pay and benefits. The trend gained traction as workers demanded more flexibility during the pandemic. Another factor was the need for businesses to keep older workers with key skills and experience on board as human resources departments faced historically high rates of retirement.

The Journal cited research from consulting firm Mercer LLC, which found that 38% of HR departments now offer phased retirement — more than double the 17.2% that could say the same pre-pandemic — and those are just the ones with official policies. Many other businesses offer de facto phased-in retirement in an off-the-books format.

“Most of the time, this isn’t a set policy, but senior managers and executives unofficially being allowed to pass on some of their duties to their successors in order to train them,” said Mark Sadaka, a trial lawyer, public health advocate and founder of the Sadaka Firm.

It’s Good for Both the Company and the Employee

Phased-in retirement helps businesses retain experienced older workers while positioning themselves as compassionate and forward-thinking companies, but the employees reap the lion’s share of the benefits — not just professionally, but physically and mentally, too.

“The first few months of retirement are entirely dull and boring and can cause retirees to lose sight of the identity that they’ve held onto for decades,” Sadaka said.

By easing into the lifestyle of a retiree, they can avoid the culture shock of diving into retirement full-bore and find their new normal at their own pace.

“I tell my clients that there are a number of mental and physical health benefits to continuing to work when retired, even part-time,” said independent insurance agent Travis Price, who specializes in Medicare. “My key piece of advice is that retirement isn’t about working on things you don’t want to do because you have to. It’s finding a passion that you are interested in and working for pleasure instead of just money.”

So, What’s the Plan If Your Company Isn’t Hip to the Trend?

There are plenty of ways for older workers to launch their own phased-in retirements if their employer doesn’t have a plan in place.

The classic move is to leave your job and invest part of your retirement savings into going into business for yourself.

“New retirees can think about starting their own business,” said Scholle Law‘s Charles Scholle, a top Georgia trial lawyer with more than three decades of experience practicing law in the Atlanta Metro region. “This is a very common route many retirees take soon after they’ve said goodbye to their jobs.”

They might also find a happy medium with a side hustle that eases them out of the workplace and into retirement.

“Today’s digital environment makes this even more possible,” Price said. “As retirees can use their hobbies and other passions to create income from YouTube, an online retail store, Facebook Marketplace, or even their own website by sharing content and blogging. This can be accomplished without a required working space or set hours.”

Another option is to leave the business grind altogether for the gentler culture of the 501(c)(3) world.

“Many nonprofit organizations hire the elderly to support their post-retirement career,” Sadaka said. “It’s become an increasingly popular trend for Baby Boomers to shift over to the non-profit sector for their encore career.”

For those looking to occupy their time on the road to retirement, the most fulfilling route might just be to give that time away to the people who need it most.

“If one’s finances are secure,” Grumet said, “why not volunteer time free of pay? Other opportunities include providing mentorship for the next generation of workers in your field.”

This article originally appeared on GOBankingRates.com: How To Phase Into Retirement, According to Experts