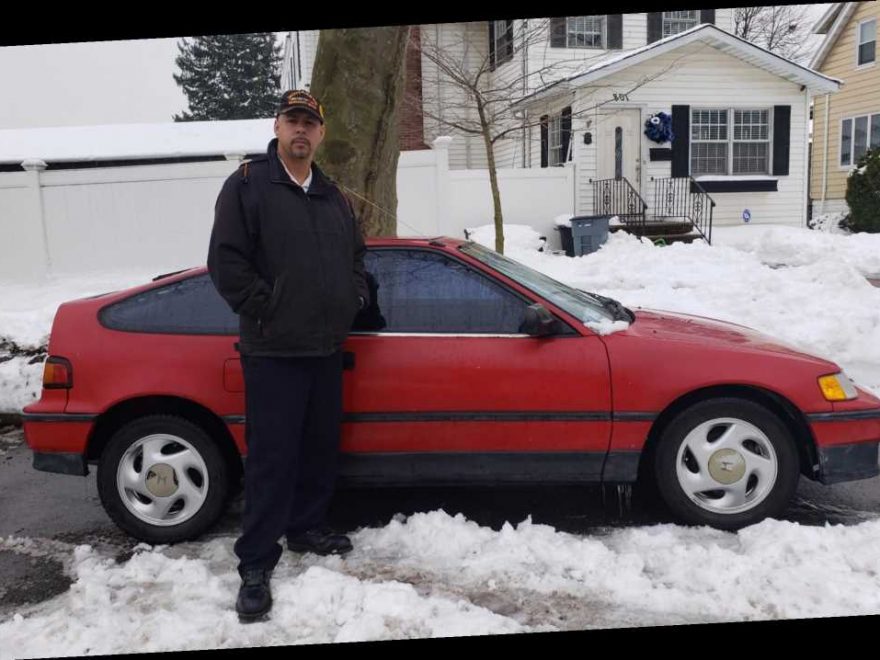 A Staten Island man rescued a frail, elderly woman who wandered off from her house right before the latest snowstorm hit — and he said it was a total miracle she survived the ordeal.

“A million things fell into place,” Pedro Correa, a 22-year-old veteran of the Department of Corrections, told the Post.

“Ten minutes after I found her it started to really snow, I would have never seen her. She got so lucky she got into that car. If she got into a regular car everything is power windows so she wouldn’t have been able to roll down the window.”

And Correa knows about miracles — Superstorm Sandy razed his Oakwood Beach while inside with his wife and two young children, forcing them to swim through floodwaters to safety.

Around 9 a.m. on Sunday, Correa’s neighbor on the southern section of Staten Island that someone was in his 30-year-old Honda CRX.

‘I didn’t think anyone was in it,” Correa said.

But he went out to check and noticed the window cracked — and then he saw her.

Correa rushed inside and grabbed blankets, wrapped the 87-year-old woman up, who he described a “frail” and “tiny,” taking extra care of her feet, which were uncovered.

“It’s a real blessing. It seems like a miracle. I’m happy,” he said.

Correa said he rarely uses the petite, classic Honda — and never leaves it unlocked — but with the recent snow, he had moved it around multiples times and forgot to lock it.

“I never leave that car open,” he said.

“If she didn’t have the smarts to roll the window down I wouldn’t have gone into that car for two weeks.”

The woman was reunited with her family, he said.

“Really seems like everything fell into place and angels were looking over her.”