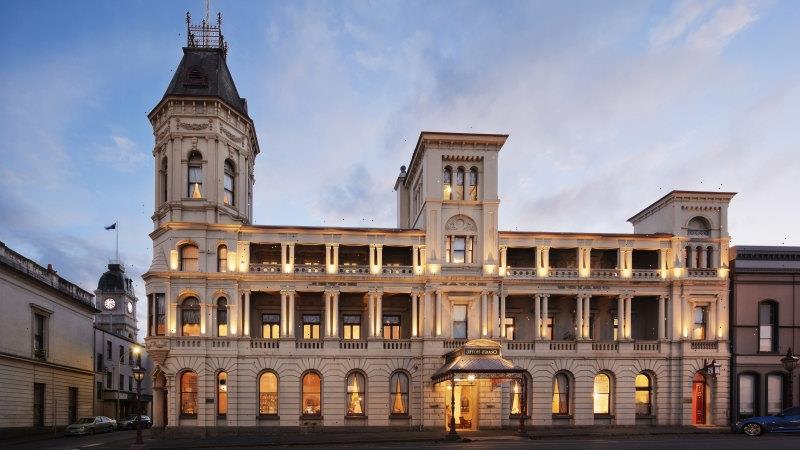 Members of the billionaire Mathieson family now have combined interests in 45 per cent of Victoria’s hotel poker machines after buying up pubs across the state over the past two years.

The state government limits the proportion of hotel poker machines that can be owned by a single operator, but the family’s collective interests exceed the 35 per cent cap.

But as pub scion Bruce Mathieson snr, worth an estimated $2.2 billion, and his daughters Deborah Mathieson-Tomsic and Jodi Grollo’s holdings exist in separate companies, they do not breach the limits under the state’s gambling codes. 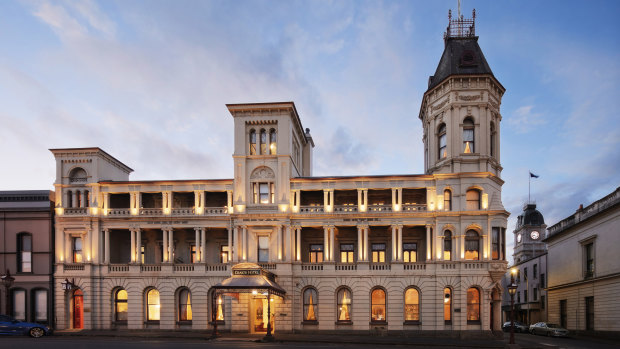 Craig’s Royal Hotel in Ballarat, bought by a member of the Mathieson family, was built during the heyday of the Victorian gold rush.Credit:

However, anti-pokies campaigners and academics argue one family should not be allowed to own that big a slice of the pokies market, and say the situation is the result of a regulatory loophole that should be closed.

The Mathieson family collectively owns thousands of poker machines via their stakes in the ASX-listed Endeavour Group, PubCo (known as Supreme Hotels) and the Black Rhino Group.

The Black Rhino Group, which is owned by Deborah Mathieson-Tomsic and her husband David Tomsic, has been on a buying spree of 12 hotels over the past two years, including the historic Craig’s Royal Hotel in Ballarat.

It now has 1154 poker machines and 23 venues in Victoria, according to publicly available data on the Victorian Gambling and Casino Control Commission’s website. It aims to have 35 pubs in Victoria and South Australia by the end of the year.

Black Rhino is planning what David Tomsic told trade magazine Australian Hotelier in February would be a “monster” hotel acquisition next year. He did not respond to questions from The Sunday Age.

Bruce Mathieson snr recently stepped down as director of the $13 billion Endeavour Group, the largest owner of poker machines in Australia, to be succeeded by his son Bruce Mathieson jnr.

The family retains the largest stake in the company, which also has a 15.1 per cent share in the Australian Leisure and Hospitality Group (Woolworths, which demerged its pokies and liquor shop operations last year, retains a 14.6 per cent stake).

Jodi Grollo and her husband Gianni Grollo own Pubco, which has 10 pubs and 467 poker machines.

People with business connections to those with poker machine licences can be deemed to be “prescribed connections” and barred from exceeding the cap, but the commission ruled that the various members of the Mathieson family do not fit this definition.

“This matter has been examined by the VGCCC [Victorian Gambling and Casino Control Commission]. If new information comes to light it will be referred to the VGCCC for their consideration of whether any regulatory action is required,” a state government spokeswoman said. 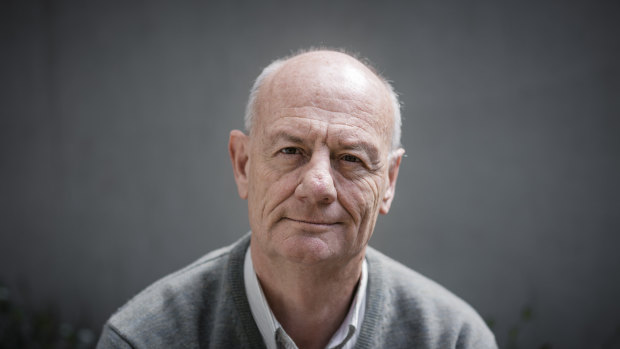 Tim Costello is the chief advocate for the Alliance for Gambling Reform.

Tim Costello, the chief advocate for the Alliance for Gambling Reform, said the Mathieson family’s vast poker machine holdings were the result of a “failure of regulation”.

“Technically, you can say ‘well, they’re independent, different family members’. It’s a family business, that’s the most aggressive pokies operator that dominates the market in Victoria,” he said.

Each poker machine can typically make a profit of $120,000 annually, he said, with a turnover 10 times that.

“If you want to reduce the propensity for exploitation, then breaking up these sorts of large operators is probably a good idea. Losses from poker machines come from people who have an addiction, or are well on the way to getting one,” Livingstone said.

The Sunday Age revealed Victorians have lost $66 billion in the 30 years since electronic slot machines were introduced in the state.

Livingstone and Costello are calling on the Victorian government to follow Tasmania in introducing a mandatory card-based betting scheme that stops gamblers spending more than $100 a day, $500 a month and $5000 a year on the pokies.

Victoria has a similar system in place at Crown Casino, but the scheme is voluntary in pubs and clubs.

“It could happen overnight if they wanted it to,” Livingstone said.

“Limits can be set on how much patrons spend, and patrons are able to track the time and money they are spending via mandatory pre-commitment on all electronic gaming machines at the casino,” she said.

Costello said the Tasmanian reforms would also discourage criminals from using poker machines to launder money as the cards would force them to register their identity.

“The tide has turned pokies absolutely on the nose. It’s just [Premier] Dan Andrews, and, sadly, the regulator who haven’t caught up with what the public actually are demanding,” he said.