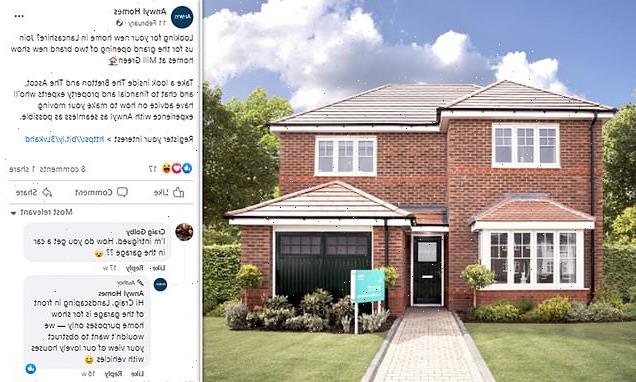 ‘How do I park?’: Eagled-eyed house hunters mock new build property for having GRASS in front of the garage…but builders point out it’s only a SHOW HOME

House hunters have been left scratching their heads over an advert featuring a property with a garage and no driveway.

But eagle-eyed Facebook users spotted something seemingly odd about the picture of the homely-looking detached property.

Instead of a tarmac drive leading up to the garage there is an area of neatly trimmed grass. And directly in front of the garage door is an array of potted plants.

One social media user, commenting on the post, wrote: ‘I’m intrigued. How do you get a car in the garage?’

But the developers quickly responded to say the property was a show home. They replied: ‘Landscaping in front of the garage is for show home purposes only — we wouldn’t want to obstruct your view of our lovely houses with vehicles.’ 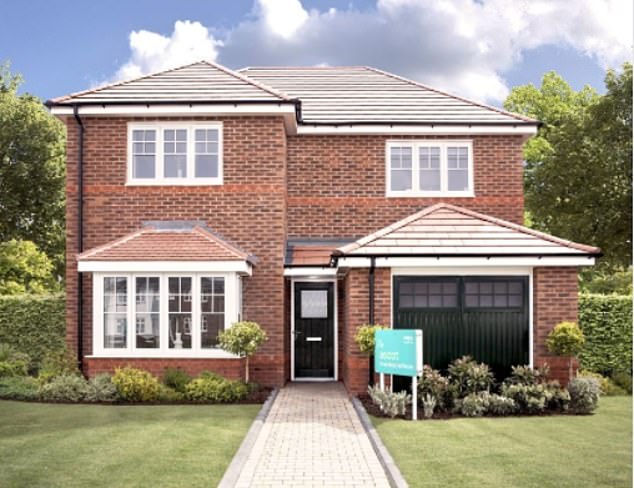 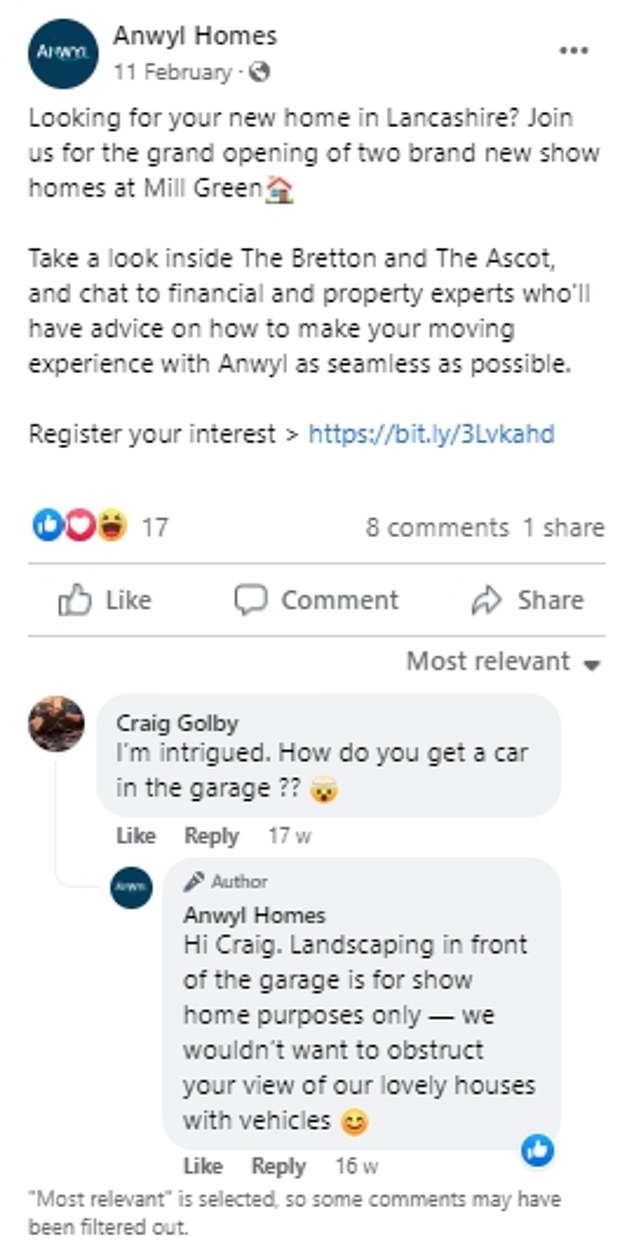 One social media user, commenting on the post, responded: ‘I’m intrigued. How do you get a car in the garage?’ But the developers quickly responded to say the property was a show home. They replied: ‘

It is understood that all show home properties by Anwyl – and similarly with many other developers – are purposely built with landscaped fronts instead of garages – in part to stop cars from blocking the view.

Mathew Anwyl, housing managing director for Anwyl Homes, told MailOnline: ‘We appreciate the photo may have caused people to do a double take, but it’s usual practice at new developments to create a safe walking route from our sales office to our show homes.

‘While we used a show home photo alongside this advert, home buyers do not need to worry about hopping over flowers to get to their garage when they move in.

‘When the show home is eventually sold, usually near the end of the development, it will be transformed into a great, fully useable garage, with a lovely paved driveway.’

The property is part of the in-development Mill Green estate, which is situated on the Fylde peninsula near to the city of Preston and the seaside resort of Blackpool,

The 66-home development, by the Chorley-based developer, features a mixture of three and four bedroom properties across the nine-acre site.

Along with new homes, the scheme is also bringing £380,000 worth of community development to help ensure the growth of the neighbourhood is sustainable.

This includes £182,732 towards local primary school education, a £125,000 bus service contribution and around £42,000-worth of highway improvements and public realm works.

Speaking to the BusinessDesk.com in September last year, at the start of the work, Anwyl’s Chris Prescott said: ‘I’m pleased to have been able to start my first Anwyl site and having the chance to put my stamp on it right from the offset.

‘Once the bricklayers start laying on the first slabs it will be all systems go.’

Anwyl Homes Lancashire acquired its site just four years ago. It now employs around 60 people, and aims to build 400 homes a year by 2023.

Managing director, John Grime, said: ‘Work starting at Mill Green is a milestone for the business as it’s Anwyl’s first development in Fylde.

‘The site will play an integral part in our growth plans. We expect it will be a popular development, in part because of the location around a mile from Lytham and offering a balance between coast and country. It’s the perfect setting for our thoughtfully designed family homes.’