Rebecca Carro executed a meticulously designed escape plan when she left her violent partner for the final time. She transitioned through safe houses before identifying a permanent residence 35 minutes’ drive from her old home. She sought and obtained court orders. She trusted nobody with her new address.

But there was one thing she overlooked. 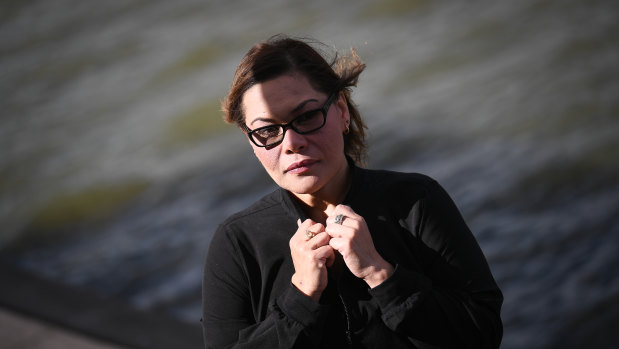 Rebecca Carro was hospitalised after her ex-partner tracked her down with a utility bill.Credit:Justin McManus

“How did you find out where I lived?” she asked, when he appeared at her new home.

“You stupid bitch, from the electricity company,” he replied. “They gave me a forwarding address.”

Domestic violence advocates have long known about the ways that perpetrators make use of utility bills, either by finding out their victim’s new address, which is often included on household bills, or to orchestrate financial abuse.

This might include putting a service in the victim’s sole name without their knowledge and then failing to pay, refusing to contribute to a jointly held account or holding an account in their own name and threatening to have it cut off when they leave the family home.

But the Australian Energy Market Commission on Thursday published new rules to protect people leaving violent relationships, including a requirement for energy retailers to safeguard their customers’ identities and locations by not giving out confidential information about an affected person without their consent.

AEMC chair Anna Collyer said the measures will specifically recognise domestic violence as a form of hardship and bring survivors into line with others who are experiencing financial difficulties, by allowing them to apply for an extension on their bills or setting up payment plans.

“What we want to see is that this particular customer situation is something [electricity companies] are watching out for and that they’re effectively engaging with the customer,” Ms Collyer said.

“Perpetrators can use the need for utilities like gas and electricity in many ways to control and harm people – including finding them in new locations.”

The determination will also require retailers build staff awareness around domestic violence survivors, so they do not have to relive traumatic experiences by repeatedly describing them to different call centre staff when applying for hardship relief. The retailers will need to provide a secure process to identify affected customers and not require evidence of abuse to be provided before they offer protection.

The national co-ordinator of the Economic Abuse Reference Group, Carolyn Bond, said many people chose not to report their abuse to police to obtain evidence, and even when evidence was available it could re-trigger the customer and be confronting to staff.

The new rules, which were requested by Red Energy and Lumo Energy, will bring all states into line with reforms that have been adopted in Victoria and drafted for Western Australia.

Victoria’s Essential Services Commission introduced a code in 2019 that explicitly recognised family violence as a type of hardship for customers seeking flexible assistance and required retailers to have family violence policies that met minimum standards for staff training, account security and customer service.

This was recommended by the 2015 Royal Commission into Family Violence, which heard that perpetrators used control over water, gas, electricity and communications as a form of economic abuse.

One submission to the commission said her husband had taken her name off their shared business accounts and the personal bank account linked to their mortgage and not paid any household utility bills, which risked services being cut off. “I was left unemployed and without any form of income to support myself and my children,” she said.

Carro said her energy company might have included her new address in a letter to her partner after she asked them to set up an account in her own name, to ask for his consent. Or he may have intercepted a letter addressed to her at the old address to give a final meter reading.

“It must have got lost in translation somehow,” she said. “Every time you leave, you learn new things about how to keep your life safe and that was the one thing that let me down. For something so simple, to have such ramifications…”

When she was discharged from hospital nearly a week later, Carro picked up and started again in a new location. Her ex-partner is serving a five-year prison sentence for violent offences.