Today's hearing is due to begin at 10am. You can watch the proceedings live, below:

The senior MP revealed this morning that he has been asked give evidence next Wednesday – the same day as Premier Daniel Andrews. 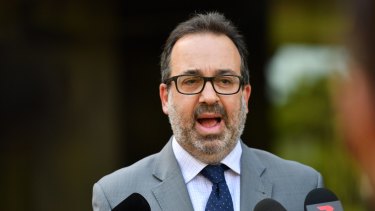 The inquiry has so far heard Mr Pakula’s Department of Jobs, Precincts and Regions was responsible for contracting the private security companies who guarded returned travellers, as well as organising the hotels that hosted guests.

He told reporters on Thursday morning he believed the roles of his department had already been made clear during the inquiry.

"If I'm asked any questions about that at the inquiry next week, I’ll provide clarity if any more clarity is required," he said.

Offers of Australian Defence Force support for Victoria's hotel quarantine program have been hotly debated this week and are making headlines again this morning.

You might remember it was part of our coverage on Tuesday when the federal government handed its submission to the inquiry.

The submission revealed that Prime Minister Scott Morrison wrote to Premier Daniel Andrews three times in July offering the support of the ADF. 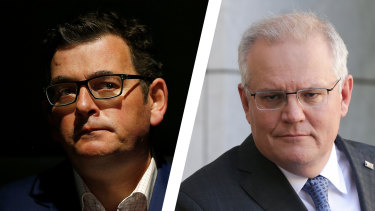 "When the COVID-19 case numbers began to escalate in Victoria by the end of June 2020, the Prime Minister wrote to Premier Andrews on three separate occasions (4 July 2020, 6 July 2020 and 11 July 2020) reaffirming the Commonwealth’s preparedness to continue the provision of ADF support to Victoria as needed," the submission reads.

But by then, Victoria's second wave was already surging.

The submission also revealed that Victoria's top public servant was offered ADF support for the quarantine program back in April.

The email was sent by the boss of the Commonwealth public service, Phil Gaetjens, to Chris Eccles, his equivalent in the Victorian public service.

Mr Gaetjens said the NSW government had received help with its quarantine hotels from the ADF.

"The Commonwealth would be willing to assist Victoria in a similar way if you wanted to reconsider your model," Mr Gaetjens wrote.

Private security guards, many working as casual subcontractors at the Rydges on Swanston hotel in Carlton and the CBD’s Stamford Plaza, spread the virus from returned travellers into the wider community. Chief Health Officer Brett Sutton told the inquiry yesterday that, "with the benefit of hindsight", the use of such an insecure workforce was unfortunate.

"I can see that using a highly casualised workforce, generally from a lower socio-economic background, where that means that poor leave provisions, limit how one can care for and financially support one’s family if unwell," he said.

What we heard yesterday

Here are some of the key points raised during yesterday's hearing: 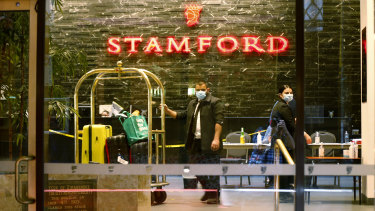 I'm not trying to blame anybody. I don't believe that any one individual is responsible for what occurred.

Absolutely, Dr Romanes was acting on behalf of me in highlighting concerns that he had.

Brett Sutton in the dark about security guards in hotel quarantine

He revealed that he knew as early as April of the significant risks of hotel quarantine but was in the dark about how badly the system was run until media reports six weeks later revealed an outbreak that caused Melbourne’s second wave. 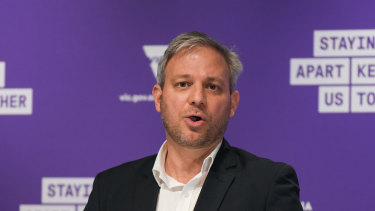 Professor Sutton told the inquiry that it was clear from April 9, just two weeks after hotel quarantine was set up, that it carried “considerable risk” because it lacked a clear leader and line of accountability to the Deputy Chief Health Officer.

The Chief Health Officer said he was not involved in the decision to hire private security contractors to supervise hotel quarantine and did not find out about it “until after the outbreaks”. It was only in hindsight that he realised how dangerous it was for the state to use a highly casualised workforce with poor job security to fulfil the crucial role of guarding thousands of returned travellers from overseas.

“My team and I did not have oversight in relation to infection prevention and control personnel and processes in place at each hotel,” he said.

Professor Sutton’s deputy, Annaliese van Diemen, said in her evidence that "everybody has responsibility in some way, shape or form", prompting a query from Arthur Moses, QC, the counsel for security guard company Unified: “Are you trying to blame others?” 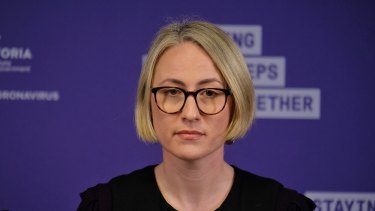 Dr van Diemen had earlier warned that the hotel quarantine program was being run as a “logistics or compliance exercise” rather than a health program, meaning she “lost the opportunity” to know if infection control measures, including the use of protective gear, were adhered to in the hotels.

Private security guards, many working as casual subcontractors at the Rydges on Swanston hotel in Carlton and the CBD’s Stamford Plaza, spread the virus from returned travellers into the wider community. Professor Sutton told the inquiry that, “with the benefit of hindsight”, the use of such an insecure workforce was unfortunate.

“I can see that using a highly casualised workforce, generally from a lower socio-economic background, where that means that poor leave provisions, limit how one can care for and financially support one’s family if unwell,” he said.

Today's hearing is due to begin at 10am. You can watch the proceedings live, below:

10am: Andrea Spiteri and Jason Helps

Good morning, it's Marissa Calligeros here and I will be with you for much of the morning, bringing you the latest developments from the hotel quarantine inquiry with my colleague, legal affairs reporter Tammy Mills.

Chief Police Commissioner Shane Patton and his predecessor, Graham Ashton, will appear before the inquiry today.

But first, we are due to hear from state government officials Andrea Spiteri and Jason Helps who held the role of state controller, leading Victoria's overall response to the pandemic, instead of Chief Health Officer Brett Sutton.

Jason Helps, a Department of Health and Human Services manager who in late 2019 was a divisional acting director of emergency management and health protections, was Victoria’s first state controller in the pandemic.