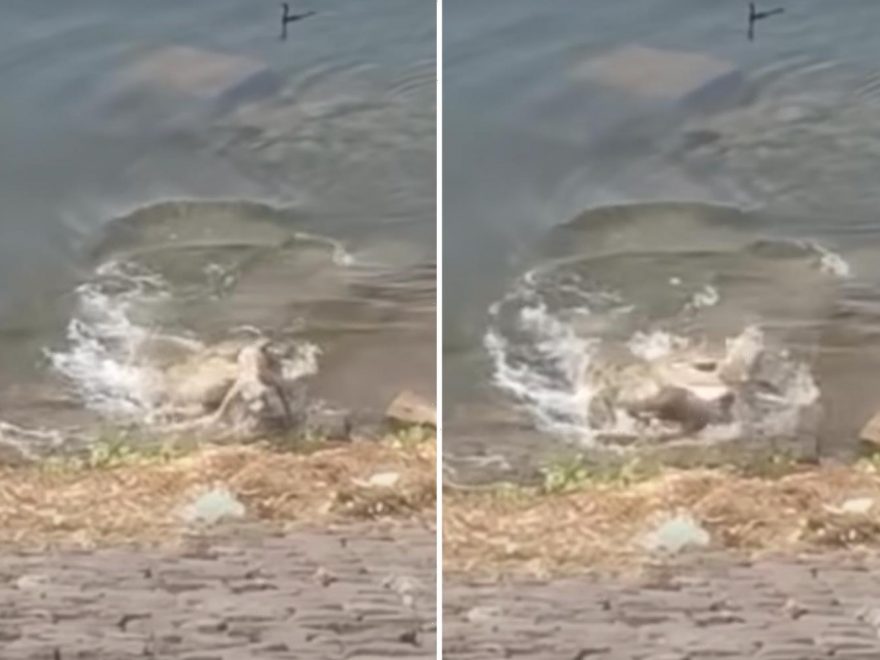 THIS is the horror moment a huge crocodile attacks a dog and drags the pooch underwater to its death.

A clip filmed at the scene shows the whimpering dog drinking from Chambal River in Rajasthan, India, as the large reptile gets closer. 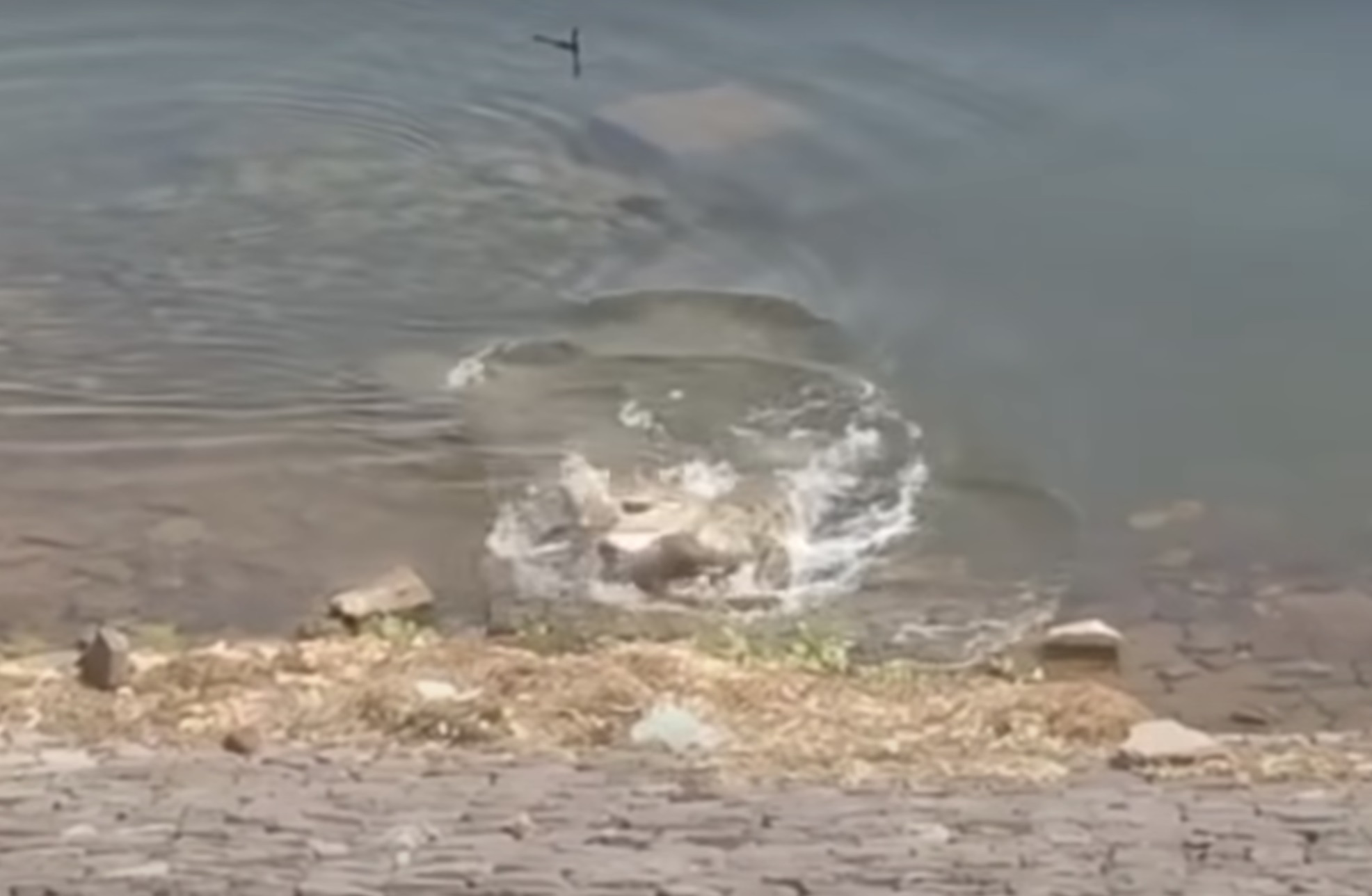 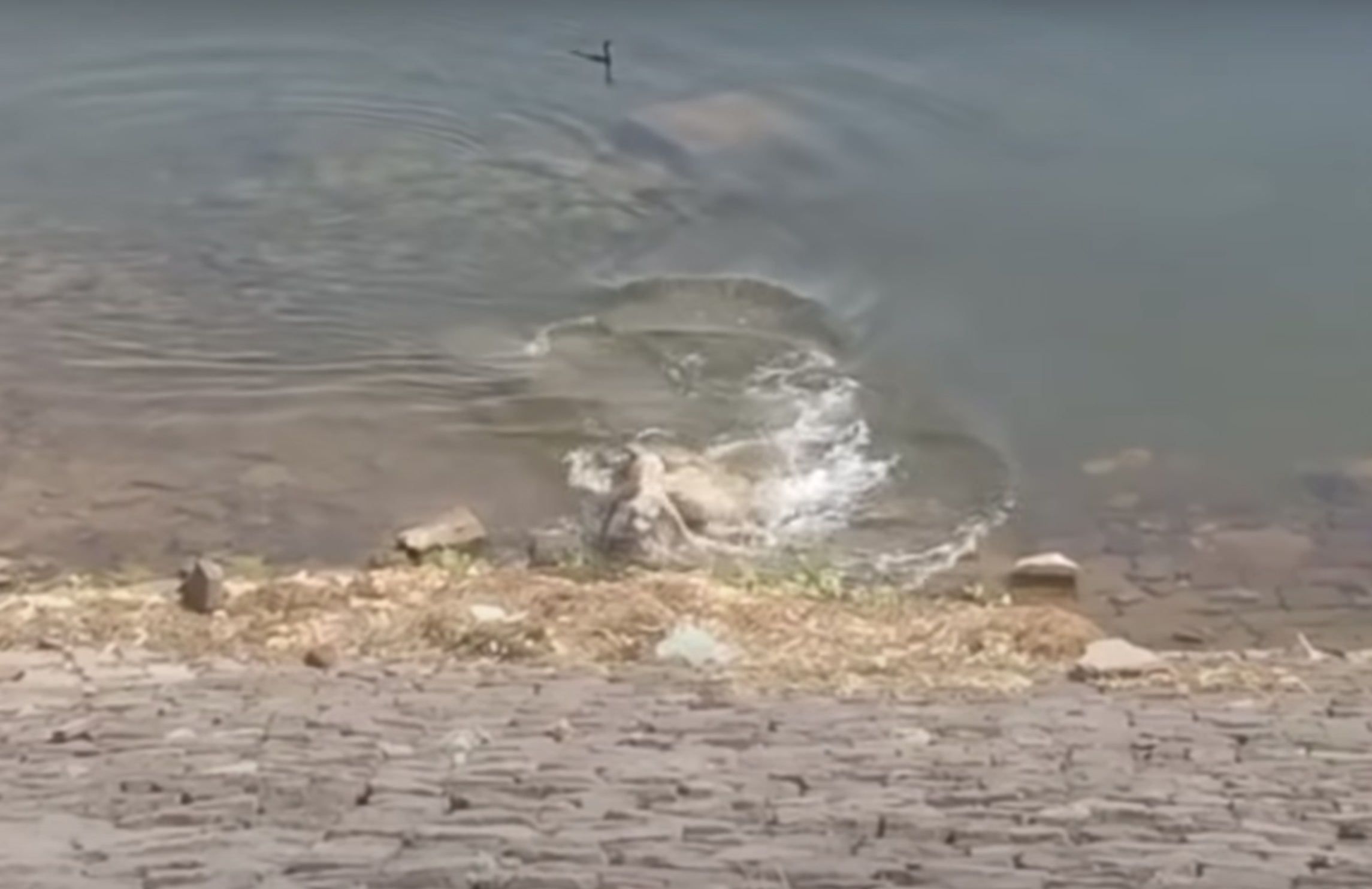 In the video, the crocodile can be seen lurking below the surface of the water, but the thirsty animal does not seem to notice the danger.

The dog continues to wander through shallow water on the river bank and people can be heard talking to each other as they film the upcoming attack.

The person recording the video is heard saying: "See, it's coming!"

They add: "They (crocodiles) are clever. The dog is unaware."

Suddenly, the croc lunges out of the water and grabs the dog, which can be heard barking briefly before being dragged to its death.

The reptile drags its prey underwater before swimming away from the riverbank.

The attack happened near Rana Pratap Sagar dam, which is used for power generation and is also home to numerous bird species.

Harish Tiwari, an Assistant Engineer of Water Resources Department who is in charge of the dam, said there are many crocodiles in the river.

He added that during the winter season the reptiles often come to shore to soak up the sun. 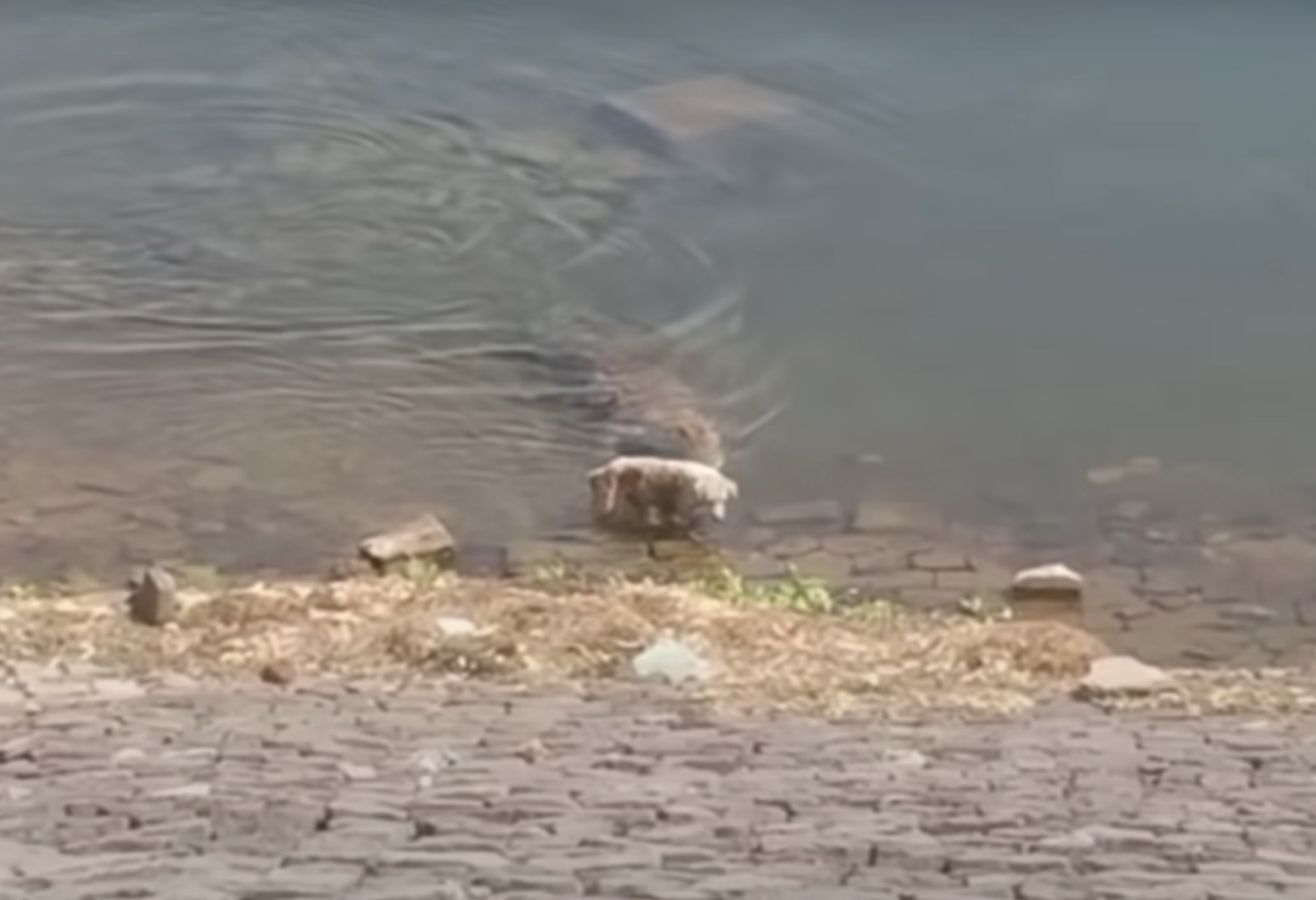 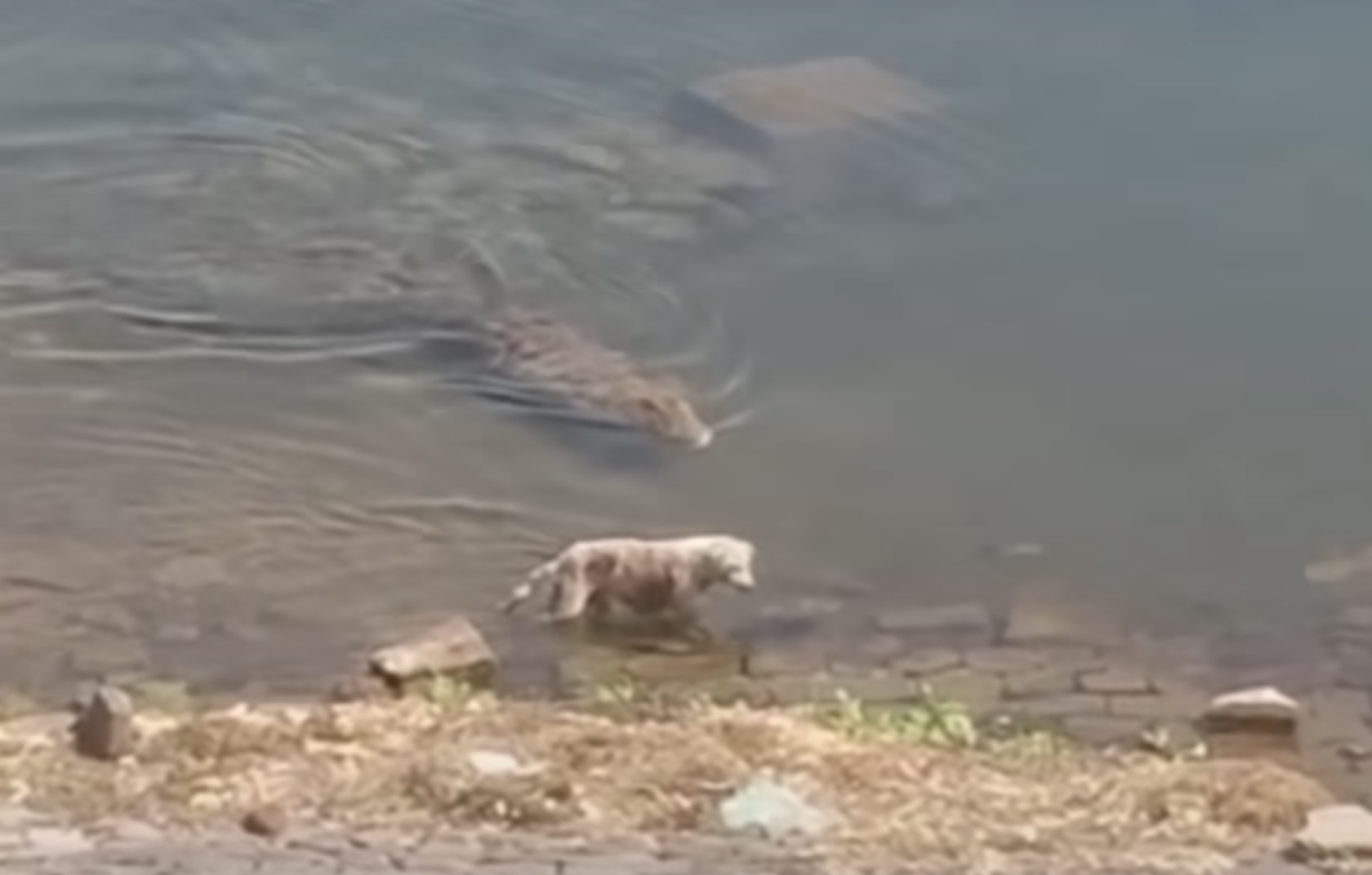 The video of the crocodile attacking the dog went viral on social media, where some people criticised the onlookers for filming the scene instead of trying to help the dog.

A person wrote: "Instead of shooing away the dog to help him they filmed his death and laughed about it.. shameful."

Another commented: "Poor street dog. At least the cops could have hurled stones to alert the dog."

But some people said the attack was "natural", with one viewer adding: "Dog went to the river to catch fishes. It was his fate that he became prey." 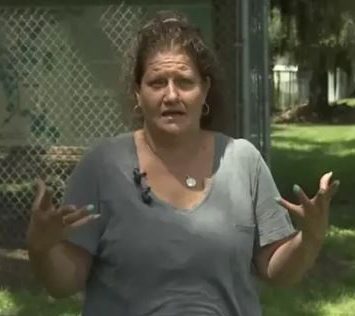 In 2019, a woman said her beloved pet dog was eaten by a giant alligator on their morning walk.

Cynthia Robinson said her helpless pooch, Tank, was grabbed by the reptile and dragged backwards into a pond in Auburndale, Florida.

Cynthia said her six-year-old dog "didn't even stand a chance" against the massive alligator.

Speaking to WFLA about the attack, heartbroken Cynthia said: "My dog didn't even know what happened to him.