The first-ever commercial flight from Israel to the United Arab Emirates took off Monday morning, with top US and Israeli delegations aboard the vessel as it flies over Saudi Arabian airspace.

Israeli officials were able to shorten the trip by about four hours after Riyadh officials approved their request Sunday to fly over Saudi territory, another major first.

“For the very first time, an Israeli-registered aircraft will overfly Saudi Arabia and after a non-stop flight from Israel, land in the UAE. We are all excited and look forward to more historic flights that will take us to other capital cities in the region, advancing us all to a more prosperous future,” pilot Tal Becker said before takeoff.

The flight comes just two weeks after the Trump administration announced a historic peace agreement between Israel and the UAE, which could pave the way for full normalizations.

White House senior adviser Jared Kushner, who is married to first daughter Ivanka Trump, helped orchestrate the deal and was on the flight alongside National Security Adviser Robert O’Brien.

The two were joined by other members of the US and Israeli delegations.

Just before boarding the Boeing 737-900, Kushner remarked, “We are about to board a historic flight, the first commercial flight in history between Israel to a Gulf Arab country.

“While this is a historic flight, we hope that this will start an even more historic journey for the Middle East and beyond.”

The first son-in-law, who was previously involved in developing an Israel-Palestinian peace plan for the Trump administration, noted that he prayed at the Western Wall on Sunday that Muslims saw this event around the world. 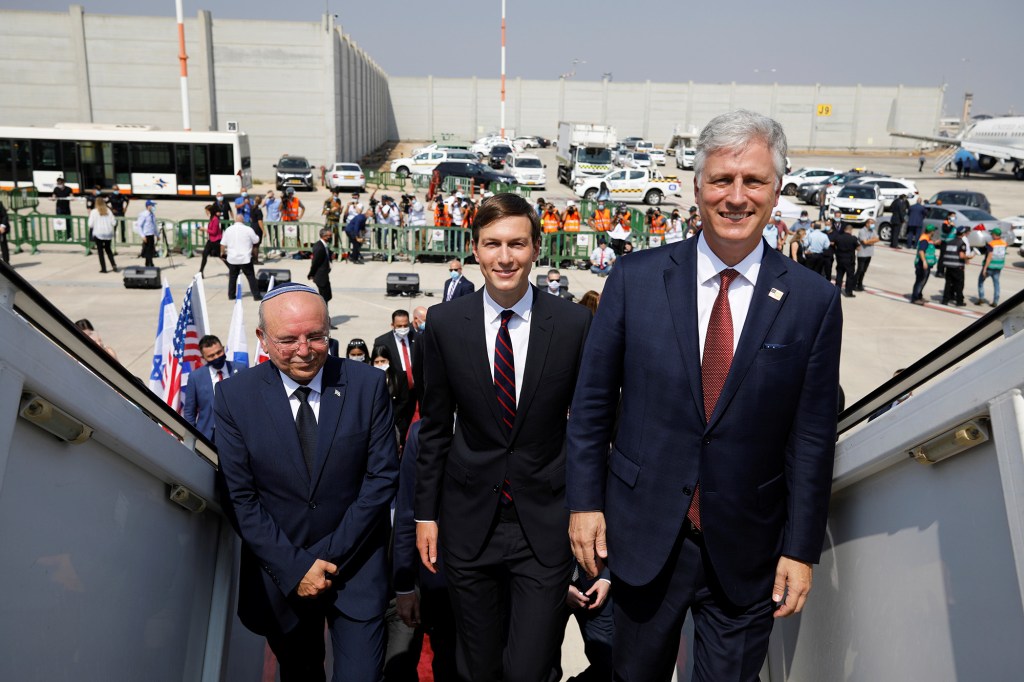 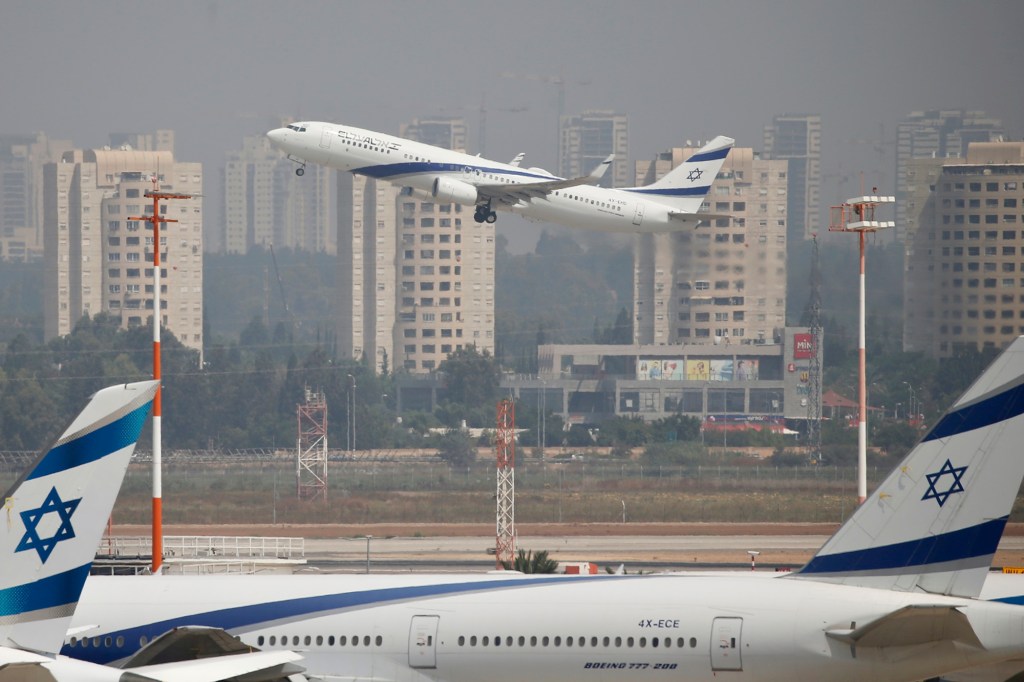 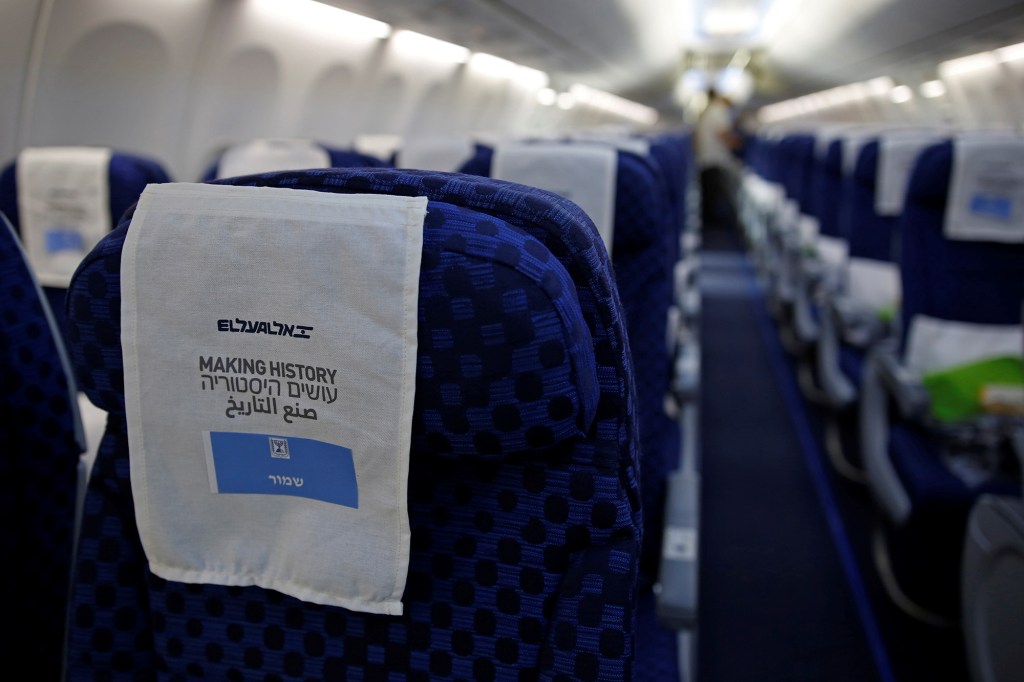 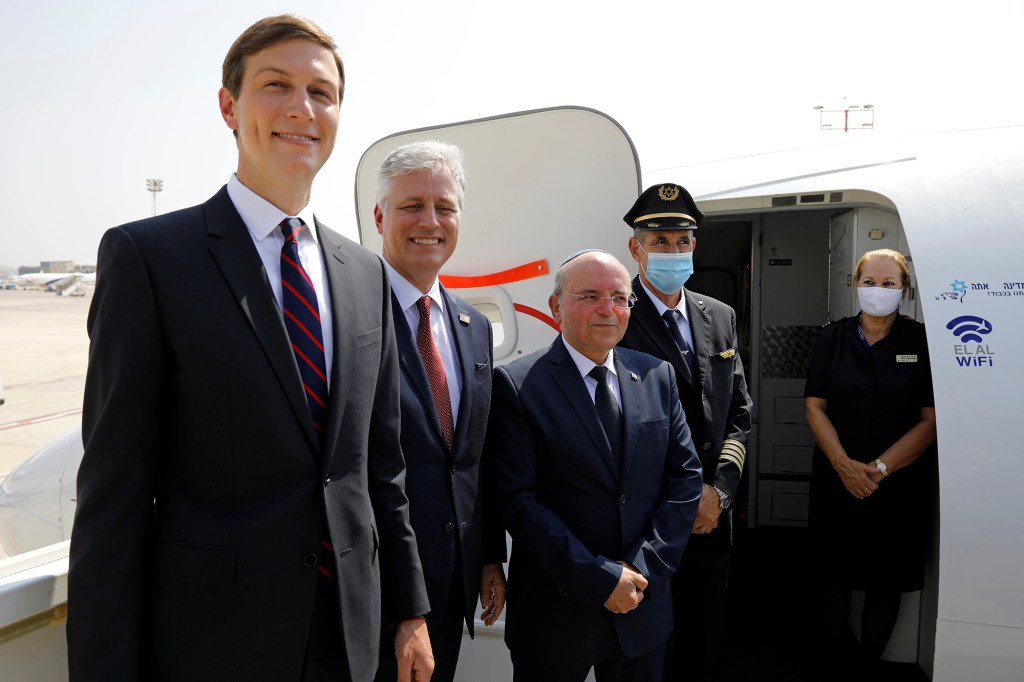