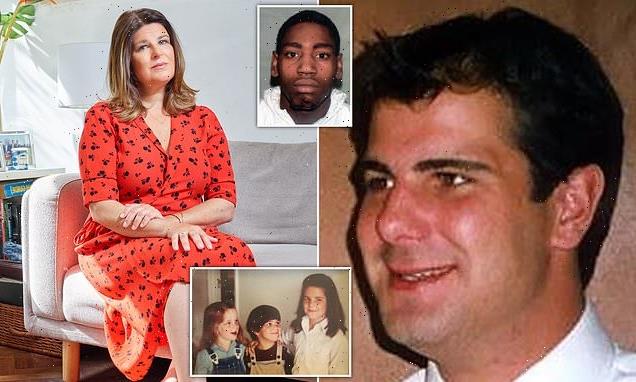 ‘Tim’s been stabbed, you’ve got to get to the hospital now’: Almost two decades ago, her brother was Britain’s first carjacking murder victim. Now, for the first time, writer HELEN McGINN recalls the devastating moment she was told the news

Almost 20 years ago, my life changed in a single moment. My little brother, Tim, was stabbed and killed by someone trying to steal his car. He was 25 years old. Even now, writing those words numbs my fingers.

We’d always been close, growing up together in the most idyllic surroundings in the New Forest, Hampshire. I was the eldest, then came my sister Alex, born a few years afterwards.

Tim arrived just 16 months later, and I remember seeing him for the first time, wrapped in a white blanket with a shock of black hair, his eyes shut.

I thought he was marvellous. Much of our childhood was spent on bikes or swimming in rivers, building camps in the woods or watching the films we’d video-taped on repeat until we knew all the words.

Having two older sisters can’t have always been easy for him, but when our parents divorced when we were still quite young, it brought us closer together as siblings.

By the time we were in our 20s, Tim was more than 6 ft tall and towered over me, but he was still my little brother and I adored him. 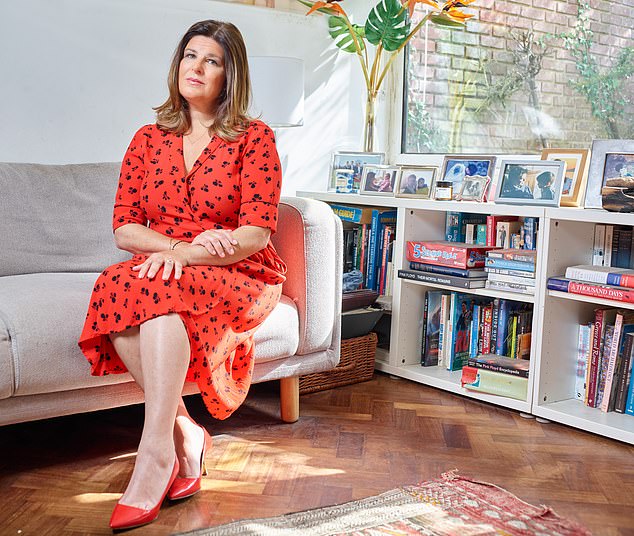 We both lived in London and spent a lot of time together, quite a bit of it in the pub. If Tim went to the bar, he didn’t come back with just a couple of drinks and a packet of crisps to share, he’d appear with a tray full of glasses and packets in every flavour they had.

He was all in, always, loving life and everything it had to offer.

Then, one Sunday night in January 2002, all that changed. My mobile rang and it was Tim’s girlfriend, Jemma. I remember thinking she was going to try to persuade me and my husband to join them for the evening but we were on the sofa engrossed in a film.

‘Tim’s been stabbed.’ Her words hit me, but I couldn’t make sense of what she was saying. My first thought was that he’d been in some sort of altercation outside the pub. I actually felt cross with him. How could he have been so stupid?

Then I heard a stranger’s voice on the phone telling me that Tim was in an ambulance and to go straight to St Thomas’ Hospital near Waterloo.

My husband, Ross, drove us there, past Buckingham Palace, St James’s Park, Big Ben, landmarks lodging themselves in my memory. I can remember looking at my hands and watching as my fingers seized up. They looked like claws.

I called my father, mother and sister to tell them what little I knew: that Tim had been stabbed by someone trying to steal his car outside his flat in Battersea, and that he was being operated on as I spoke. It was truly awful. 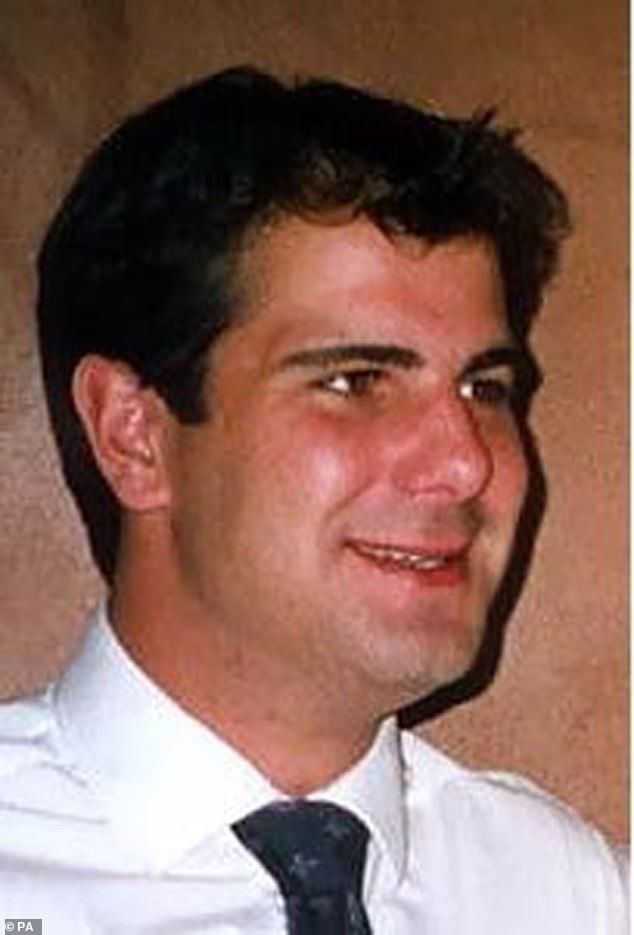 Pictured: Tim Robinson was stabbed to death for his car by a teenager almost 20 years ago

I saw my brother one last time, wired up to a life-support machine. I thought of how I’d seen him just a few days before, standing by his Audi in our street, music blaring as he waved goodbye, shouting that he’d see us soon.

One of his wounds — he had been stabbed seven times — had pierced his heart, and even though the doctors had tried everything, Tim’s life couldn’t be saved. He died on January 30, 2002.

In the months after his death, I moved in what felt like a parallel universe, watching the world go on around me, wanting to tell everyone to stop because this awful thing had happened.

At the same time, I didn’t want to see anyone but my family and close friends, particularly the ones Tim and I had shared since childhood.

Being with the people who knew him best was the easiest place to be because you didn’t have to tell anyone how brilliant he was or how much he was missed. They knew, too.

It’s taken a long time, years in fact, for me to even begin to come to terms with what happened. Losing someone I loved so suddenly, and in such brutal circumstances, was at times impossible to comprehend.

There was a lot of media coverage about it at the time — it was one of the first carjacking murders in Britain — and much as I tried not to read or watch anything about it, it was almost unavoidable.

For a long time I would go through the motions — go to work, meet friends — but inside I felt utterly lost. 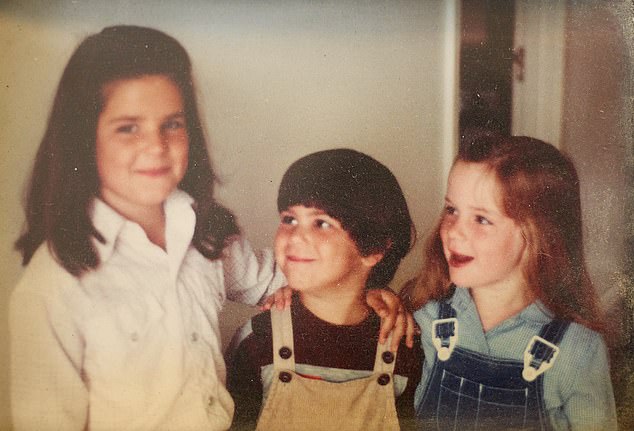 I was working as a supermarket wine buyer, so I tried to keep myself busy. My colleagues were incredibly supportive, but my saving grace was my husband Ross. We’ve been together since we were teenagers and Tim had looked up to him like an older brother.

I honestly don’t know how I would have coped without having Ross there to squeeze my hand when my thoughts wandered into ‘what if’ scenarios, or hold me when my body shook with sobs that suddenly came from deep within.

At times, he still has to.

And I guess that’s the point. I didn’t realise that grief would be like this. Once, I actually Googled ‘how long does grief last?’ I just wanted to know when it would get better.

I was even able to find some positives from it. More on that later.

I had the idea for my new novel, In Just One Day, almost a decade ago, about someone who loses a sibling and how they (eventually) find their way back to happiness.

I showed the synopsis of the story to a friend who, wisely as it turns out, suggested I wait a bit before writing that particular book. 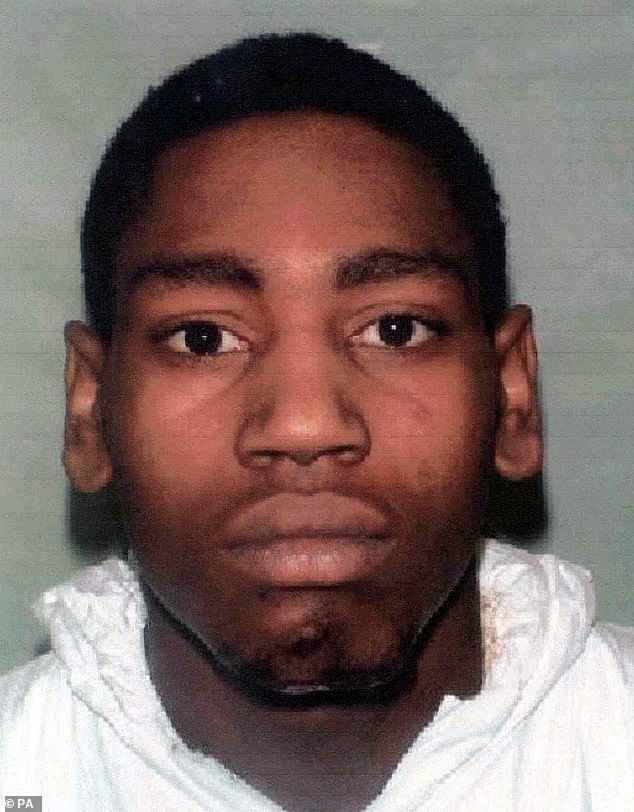 Dwaine Williams, 18 at the time, was jailed for life for the murder of Tim Robinson in 2002

So I wrote another in the meantime, and once that was completed I went back to my original idea.

By then I was absolutely ready to write about grief because I had started to understand my own. One of the turning points for me was discovering the work of the journalist Marina Cantacuzino, founder of The Forgiveness Project.

Through reading stories of people who’d experienced trauma or injustice, I came to understand that finding a place of acceptance rather than wanting revenge is a far more peaceful, not to mention less exhausting, place to be.

I would give anything for Tim to be here now, but he’s not and there’s nothing I can do to change that.

What I can do is think about him and all the years we had together, all the memories of us riding bikes too fast, dancing like lunatics and laughing until we cried. He loved life and made so many people happy. No one can take that away.

I sat down at the beginning of the first lockdown back in March of last year and started writing. And once I started, I couldn’t stop. Words tumbled onto the page, often in a bit of a jumble (though they’re very much in order now, thanks to my wonderful editor).

That’s not to say it was an easy book to write. Quite the opposite, in fact.

In Just One Day follows the story of Flora and her brother, Billy, and how one day their lives are changed for ever. I wanted to explore the subject of grief and how it affects people in so many different ways. There’s no right or wrong way to ‘do’ it, and there’s absolutely no way around it. 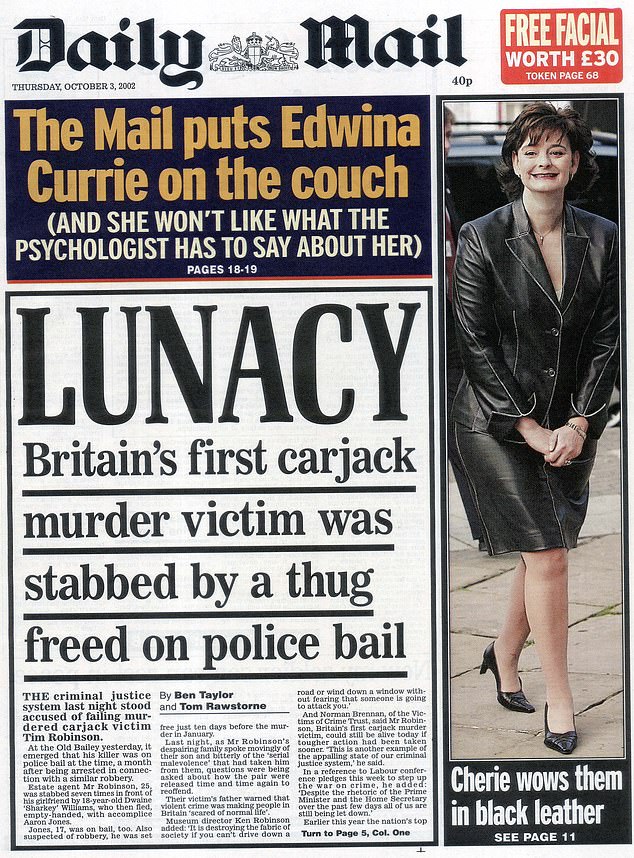 Rather, sooner or later, you have to go right through it.

During the course of writing the book I often had to revisit painful memories, recalling feelings of shock, disbelief and despair. But it also reminded me of the joy of carrying a mobile library in my head, full of the happy memories I have of my little brother.

Even though I think about him so often, sometimes missing him so much it physically hurts, I’ve learned to allow myself time to sit with those happy memories for a while, even if it’s just five minutes in the garden with a cup of tea.

Looking back, I realise I couldn’t have written this book ten years ago, let alone any sooner after Tim died. I couldn’t process my own feelings about it, let alone describe those of a fictional character in a novel.

But having slowly made my way through my own grief — and it’s an ongoing process — I’m now able to identify those feelings and emotions and, crucially, articulate them in some way.

Writing the book took a year. Throw in three lockdowns and home-schooling, and to say it was an intense experience is understating it somewhat.

But it was also an incredibly rewarding one, cathartic even. The story deals with one of the most painful, personal experiences most of us will go through at some stage in our lives.

But it’s also a story about love, for our families, our siblings, husbands, children and friends. It’s about how hearts might stay broken but with the help and support of those around you, life can be good again.

And how the pain of someone not being with you any more might always be there, but in time is, at least, bearable.

Sometimes I look at my children and wish with all my heart Tim was here so they, too, could know him. He’d have made such a ridiculously good uncle, loving (and spoiling) them rotten.

But we talk about him often and there are pictures of him at all ages around the house. I light a candle every evening in our sitting room beside one of my favourite photos of him and when I look at it, I feel sad and happy at the same time. Sad that he’s not here, but happy that he was my brother and I got to love him.

They say that truth is stranger than fiction, and so it was that a few years ago I met, by chance, the man I had spoken to on the phone who told me to go to the hospital.

He was roughly the same age as me and lived above my brother’s flat. He held Tim on the street outside until the ambulance arrived.

Meeting him was extraordinary, neither of us knowing quite what to say at first. But there was also something strangely comforting about it, for us both.

Perhaps a reminder that life does indeed go on.

In fact, Tim’s girlfriend Jemma is still very much part of our family. Together with my sister, we have a WhatsApp group with regular messages to make each other laugh or just to remind each other we’re thinking of one another.

Someone asked me recently if I thought about the two men — Dwaine Williams, then 18 and jailed for Tim’s murder, and Aaron Jones, then 17 and convicted of conspiracy to rob. The answer is, not really, not now anyway.

What I do know is that Tim lived his life absolutely in the moment and I hope to do the same, savouring the good things that happen and not sweating the small stuff.

And if grief is the price you pay for loving someone, then no matter how much it hurts, I’m all in.