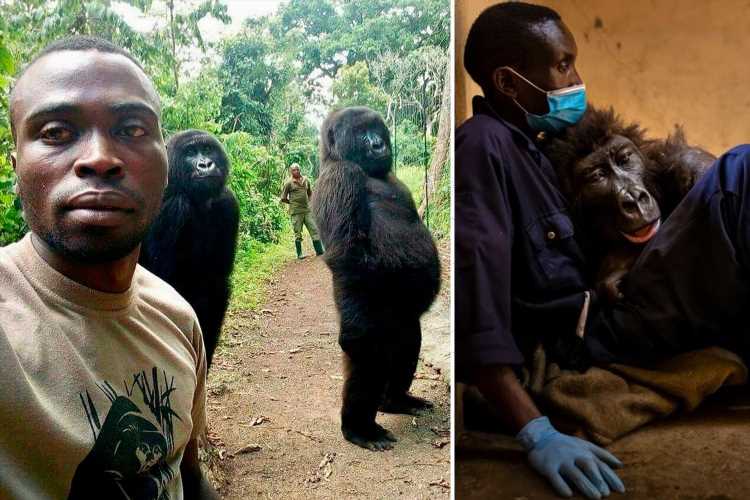 THIS is the heartbreaking moment a gorilla – who became an online sensation thanks to a viral selfie – died in the arms of the ranger who rescued her.

Ndakasi, 14, was an orphan saved from the rainforest and brought to Virunga National Park in the Congo by Andre Bauma, 49, in 2007. 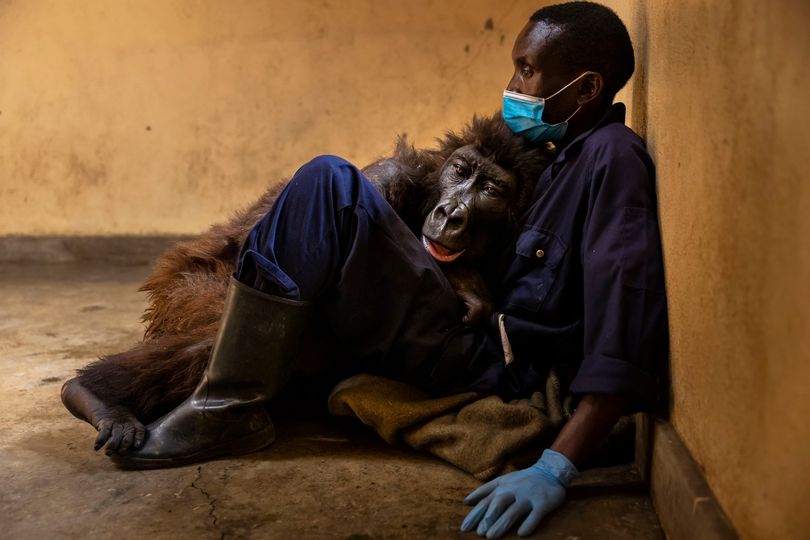 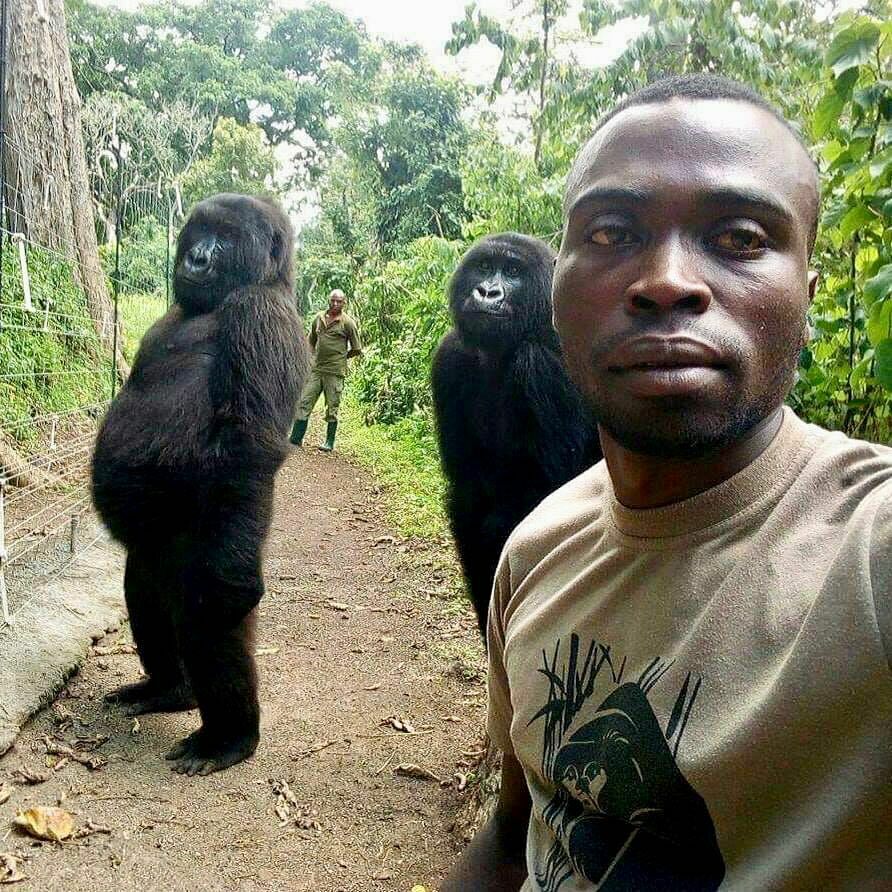 From then on, the great ape considered Andre her surrogate mother and their bond is captured in the gentle animal's final picture.

The image shows Ndakasi taking her last breaths cradled in the arms of the man who cared for her.

Ndakasi first gained worldwide attention through a selfie in 2019 which showed her and fellow rescued gorilla Ndeze standing upright like humans.

The picture, which was shared thousands of times on Facebook when it was first uploaded, was captioned "another day at the office."

In a statement, the park said: "Ndakasi took her final breath in the loving arms of her caretaker and lifelong friend, Andre Bauma."

Andre found the weeks-old baby gorilla clinging to her dead mother who had been shot in the back of the head.

The infant weighed just over 5lbs and was 18inches long.

She eventually grew into a health adult weighing 143lbs (65kg).

Of their bond, Andre said: "Whenever she sees me she climbs on my back like she would with her mother."

Rangers at the facility risk their lives guarding the apes, reports the Times.

More than 200 rangers have been killed at the park over the past two decades protecting the endangered animals in the war-torn country.