THIS is the heart-wrenching photograph that shows a veteran grandfather fighting to breathe before dying of coronavirus.

Michael Wright, of Cottage Grove, Minnesota, passed away at the age of 54 in Regions Hospital in St. Paul, MN, last month. 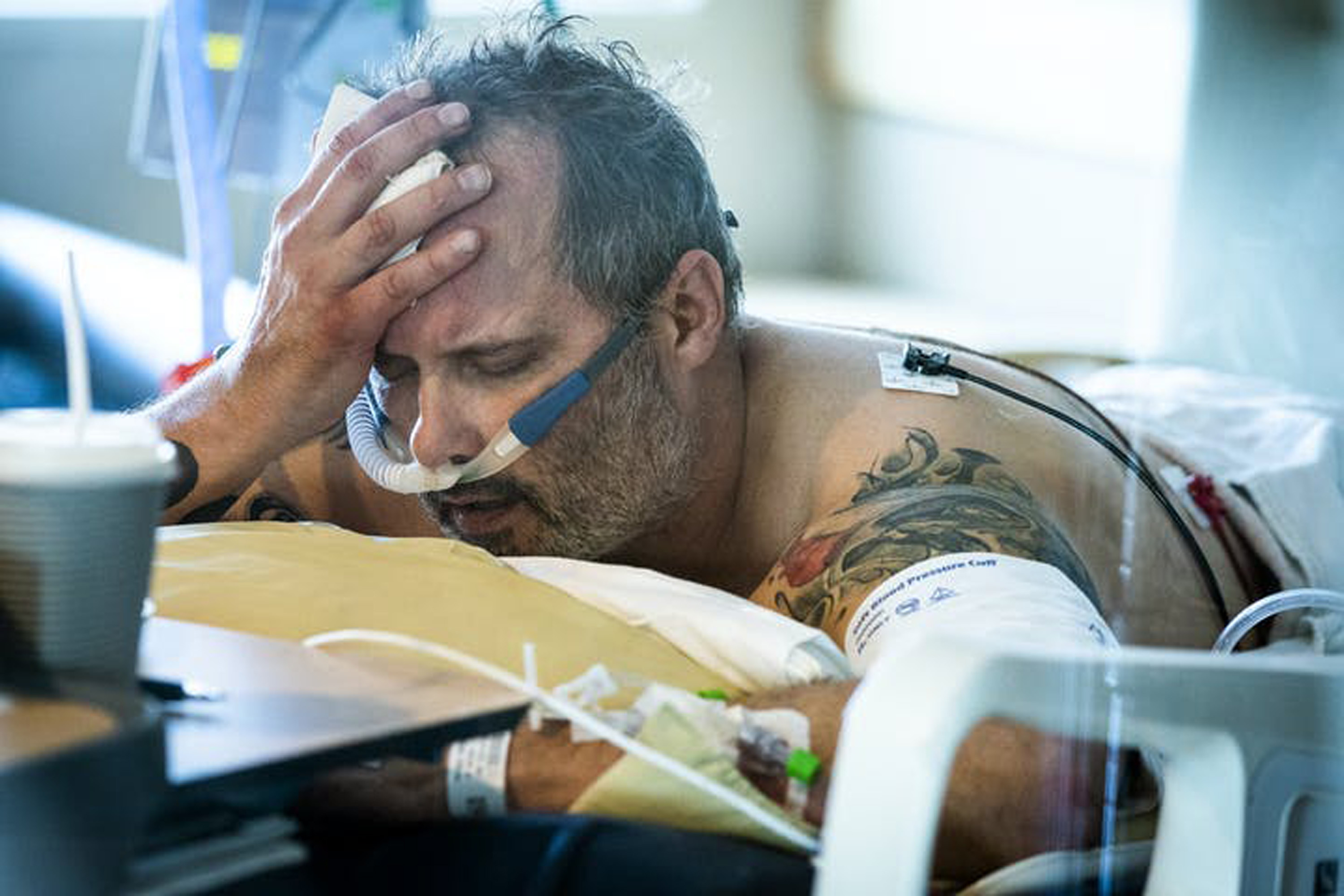 He received a positive Covid-19 diagnosis when he was admitted into the hospital on November 8th, a GoFundMe explains.

Prior to his December 8th death – when his organs failed after a struggle with pneumonia – a photo was taken of Wright lying on his stomach with one hand resting on his forehead.

The heartbreaking photo was taken in the end of November.

Wright was remembered on a GoFundMe page as a "veteran, husband, son, father, bonus father, and grandfather."

He leaves behind his 48-year-old wife Lynn Wright and his step-daughter Miranda Carlson – who set up the online fundraiser in memory of her bonus dad.

The GoFundMe page, created by Carlson, has since raised more than $32,000.

Carlson wrote to the GoFundMe page: "This pain is unlike anything my mom has ever felt.

"On top of grieving a pain so incredibly raw, she faces worries about the expenses that she will now face on her own.

"Any little bit helps. If you can help – it will be appreciated more than you could ever know."

One day after Wright's death, the photographer who captured the dad struggling to breathe in the ICU took to Twitter.

Star Tribune Photographer Leila Navidi wrote alongside a tweet of the black-and-white photo on Friday: "I hope that Michael's photo saved lives."

Wright was lying on his stomach in the photo as studies from earlier this year suggested that a technique called "proning" could help boost "blood oxygen saturation" levels in coronavirus patients, HealthDay News reported in May.

And Covid-19 cases across the country have surpassed 16million.

Meanwhile, the Director of the Centers for Disease Control and Prevention (CDC) has signed off on Pfizer’s Covid-19 vaccine to be used starting on Monday.