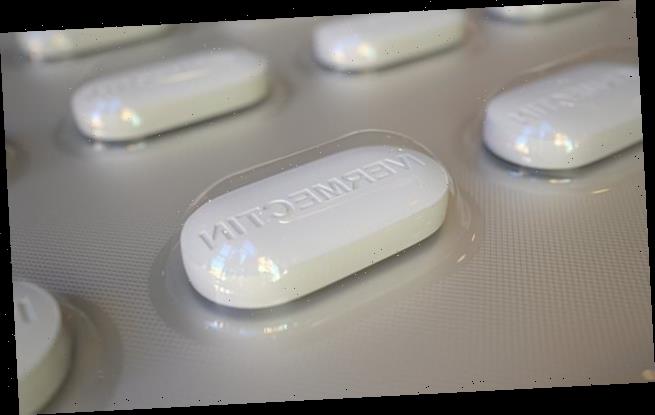 Cheap hair lice drug may cut the risk of hospitalised Covid patients dying by up to 80%, study finds

A drug used to treat head lice could cut the risk of death for hospitalised Covid patients by up to 80 per cent, a study suggests.

Ivermectin, which can cost as little as £1.50, was also found to potentially halve the time critically-ill patients needed care for.

Dr Andrew Hill, a virologist from Liverpool University behind the analysis, claimed the drug could be ‘transformational’ in the battle against the virus.

But other scientists were sceptical of the finding, saying more data would be needed before it could be used as a potential treatment.

They pointed out other drugs, such as hydroxychloroquine and tocilizumab, showed great promise in early trials only for scientists to discover they had no benefit. 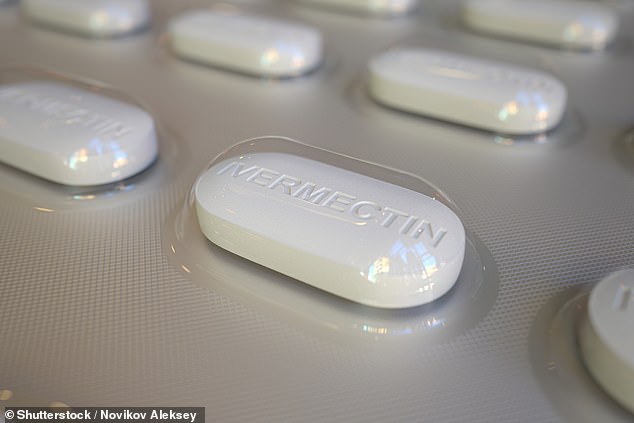 Results from 11 studies suggest ivermectin – used to treat head lice – could help protect coronavirus patients. Scientists have sounded a note of caution, however, and said more research is needed 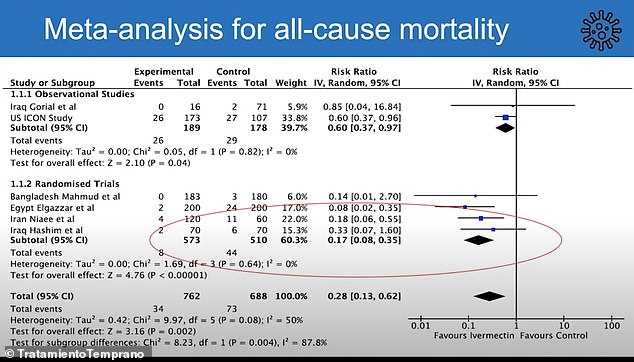 Leaked slides published before the study was released reveal only eight of the 573 Covid-19 patients who got the drug died, compared to 44 of the 510 who didn’t get it 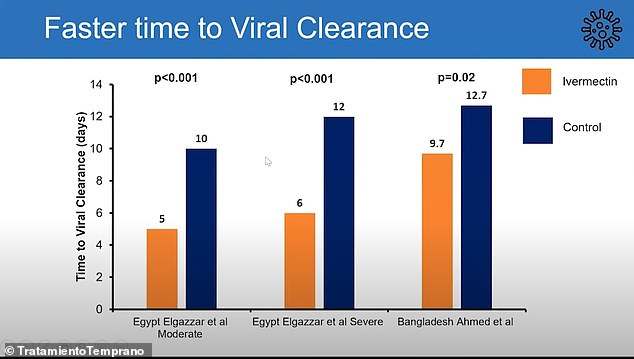 WHAT IS IVERMECTIN USED FOR?

It is an anti-parasitic drug developed during the 1970s.

What is it used for?

Today the medication is prescribed for treating scabies, head lice and rosacea.

Nice, the UK health watchdog, recommends the drug should be given for rosacea, strongyloides infection (round worm), onchocerciasis (river blindness) and scabies.

Can it REALLY treat Covid-19?

The jury is out on whether it can provide a ‘miracle cure’ for Covid-19.

Analysis of 11 studies has suggested it can cut the risk of death and recovery times in infected patients.

But scientists have cautioned these results are preliminary, and said more data is needed before any concrete conclusions can be drawn.

Ivermectin was discovered in the 1970s and has fast become an essential medicine for a vast number of parasitic infections, such as head lice and scabies.

Today it is prescribed on the NHS and in the US for these conditions, but some scientists argue it could also be useful against Covid-19.

They say the drug works by paralysing the SARS-CoV-2 virus and ‘overwhelming its nervous system’, to prevent it from replicating, halting an infection in its tracks.

In leaked slides published ahead of the study’s release next month, the scientists behind the research combined results from 11 trials of the drug involving more than 1,400 patients.

This revealed only eight Covid-19 patients out of 573 who received the drug died, compared to the 44 out of the 510 who received a placebo.

The time taken to get rid of the virus from the body was also faster when ivermectin was taken, two studies included in the research suggested.

In a trial in Egypt, 100 patients with mild symptoms cleared the virus within five days, on average, when they got the drug. For comparison, the figure stood at around 10 days for 100 patients who did not receive the drug.

And in 100 patients battling severe symptoms they removed Covid within six days when they got the drug, on average, compared to 12 days for the 100 control patients.

Similar results were also seen in a study carried out in Bangladesh.

The studies were carried out mainly in developing countries – including Bangladesh, Argentina and Egypt – and the research was commissioned by the World Health Organization.

The early analysis suggests ivermectin may help patients suffering from the virus, but scientists have cautioned against these conclusions as yet.

The studies compared used different dose amounts of ivermectin, time spans and differed in how they treated their control groups.

Some were double-blinded – the ‘gold standard’ – meaning no volunteers were aware who was getting the drug, and others were open label, meaning participants knew whether they were getting the drug or a placebo.

‘If we see these same trends observed consistently across more studies then this really is going to be a transformational treatment,’ Dr Hill said in the presentation.

Trials involving a further 7,100 participants are expected to be published in the coming months, with three more due to be released in January.

Ivermectin has proved controversial in the scientific community, with some researchers viewing it as yet another ‘wonder’ treatment.

The head of pharmacy at the University of Sydney, Professor Andrew McLachlan, said in August there remained ‘huge uncertainty’ about whether the treatment was safe and effective in tackling coronavirus ‘despite the favourable headlines’.

‘All we have are observational studies and clinicians’ opinions,’ he said.

‘Many of the current studies have low numbers of participants, weak study designs, and inconsistent (and relatively low) ivermectin dosing regimes, with ivermectin frequently given in combination with other drugs.’

Many fear it could follow the path of malaria drug hydroxychloroquine, which US President Donald Trump touted as a game-changer.

But leading scientists were quick to point out the drugs effectiveness against the virus was still yet to be proven.

More recent studies have concluded it does not help patients suffering from the virus.