Not a morning paw-son: Grumpy dog Eddie growls at his owner when she tries to get him out of bed in the morning

It’s not just humans who have difficulty getting up in the morning – as tiny terrier Eddie proves in this hilarious video.

The seven-year-old Yorkie mix has been filmed snarling and growling at owner Lisa Mattuchio when she wakes him.

Time and time again Eddie proves he is not a morning pooch, despite Lisa’s attempt to coax and persuade him out from under his blanket at their home in Saugus, Massachusetts. 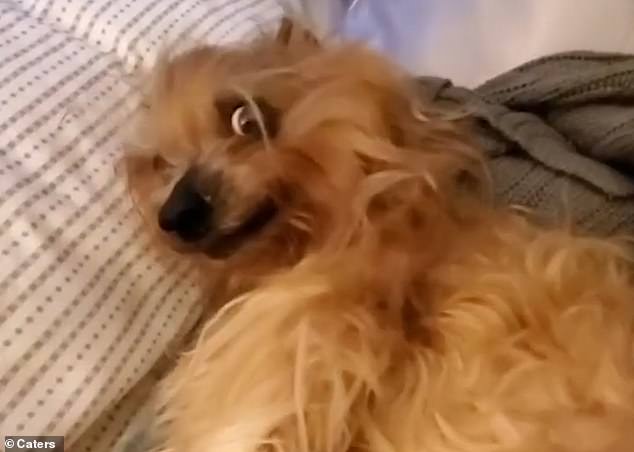 Eddie, the cranky seven-year-old yorkie mix, is recorded by owner Lisa Mattuchio as she tries to get him to wake up for work in the morning

In the footage, Lisa gently pulls back the blanket covering her pet and is greeted with barking and growling from the hot-tempered canine.

She attempts to soothe the dog’s temper and says: ‘There’s nothing to be mad at. Today’s an exciting day, we’re going to go to work,’ as she strokes his back.

As Eddie lies back down, seemingly hoping to be left in bed, Lisa says she will give him five more minutes. 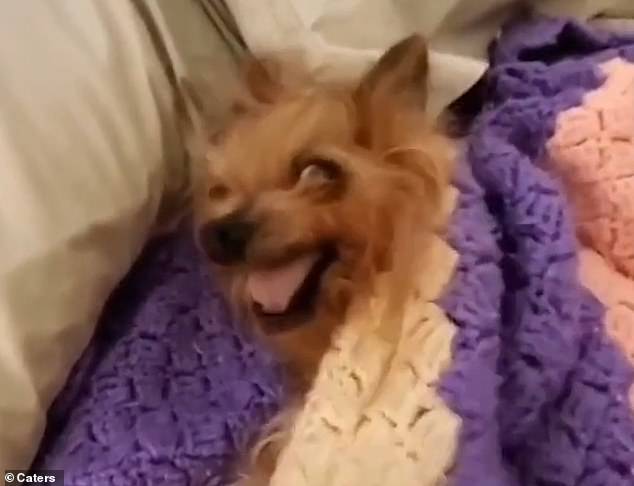 In the footage, Lisa gently pulls back the blanket covering Eddie and is greeted with growling from the hot-tempered dog who doesn’t like being disturbed 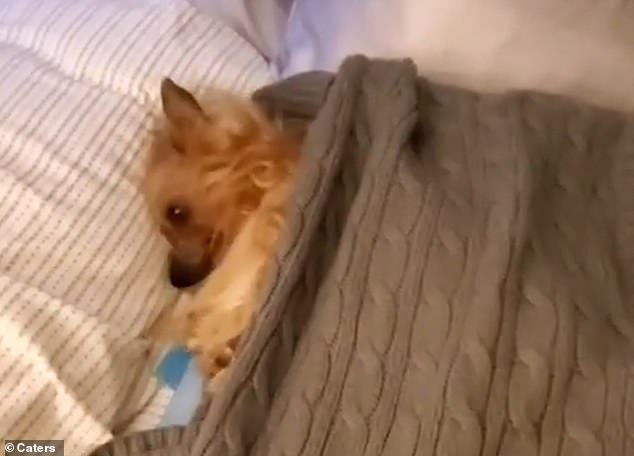 Recording her daily routines in Saugus, Massachusetts, little Eddie has proven that he is not a morning pooch and would prefer to stay in bed

She is met with more barking as she pulls the cover back over him.

Her pet Eddie joins her at work every day, but hates having to get up in the mornings.

During footage from another morning, the cheeky dog even tries to give Lisa’s hand a bite to get her to leave him in bed.

When the patient owner finally manages to get her grumpy pet out of bed, she lifts him with one hand declaring: ‘See now you’re up’, and is met with more growls. 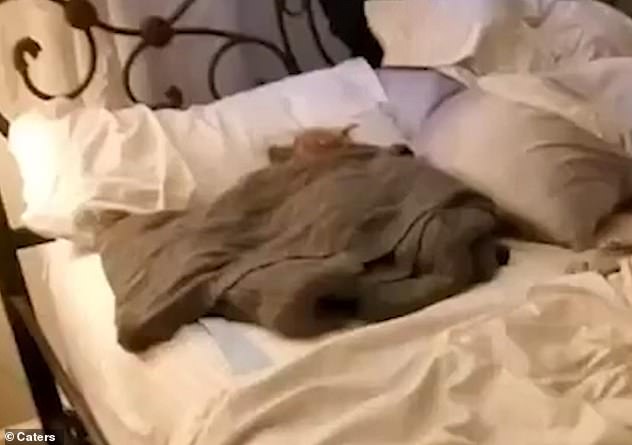 The small dog has to get up to go to work with owner Lisa but hates being disturbed. He lies on a blanket in the bed and growls when he needs to get up

Lisa said: ‘Eddie hates getting up in the morning, he absolutely hates being disturbed.

‘I bring him to work every day with me so he has to be woken up to leave the house with me.

She added: ‘I try to wake him up softly. The videos are just a reaction to his needing to get up.’