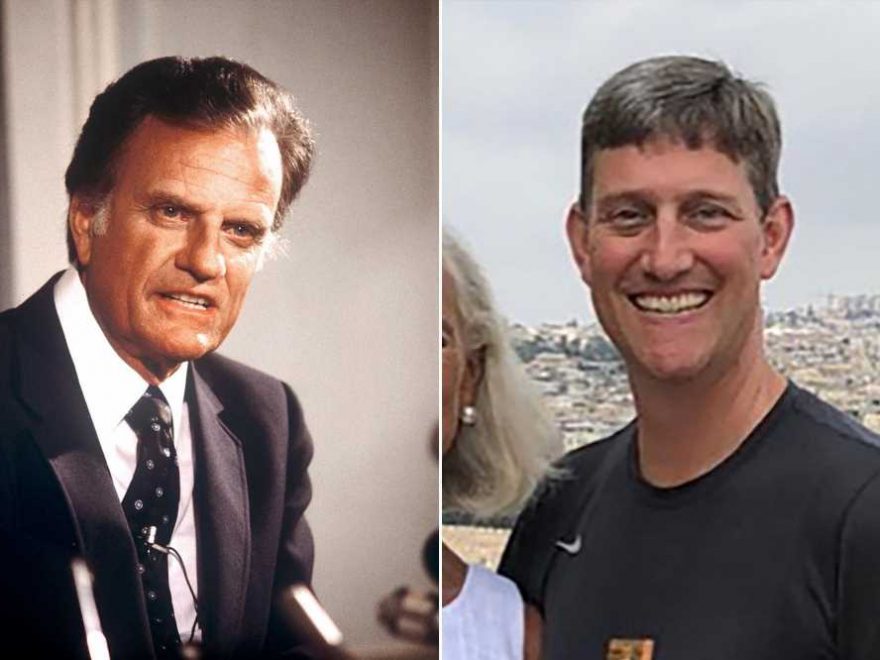 The grandson of late evangelist Billy Graham is hospitalized in critical condition with COVID-19, relatives said.

Jonathan Lotz, who reportedly worked with his grandfather from 1994 through 2002, was in an ICU at an undisclosed hospital Sunday, according to a Facebook post by his mother.

“Pray he will not have to go on a ventilator, that his oxygen levels would increase, that his lungs will be strengthened, healed and that his health will be fully restored — with no long-term complications,” wrote Anne Graham Lotz, one of the Rev. Billy Graham’s five children. “My heart is filled with gratitude for your prayers.”

Lotz said her son — a cancer survivor who directs Jonathan Lotz Ministries, preaching the “Gospel of Jesus Christ” across the world, according to its website — texted her early Sunday with an update on his condition, saying he was exhausted yet “spiritually overflowing.”

“I have had the privilege of sharing Jesus with the ER & ICU staff,” Jonathan Lotz texted his mother. “What a Savior! God is so good!”

“Fifty years ago I could hold my son in my arms,” she wrote. “Now I have placed him in the arms of Jesus. He has been hospitalized with COVID and is in critical condition … I am asking you to pray for Jonathan’s swift healing and recovery.”

Lotz was not on a ventilator as of early Monday, WXII reported.

The Rev. Billy Graham, who died at age 99 at his North Carolina home in 2018, was remembered as one of the 20th century’s most influential religious figures for preaching Christianity to some 215 million people in 185 countries over the course of seven decades.

“The GREAT Billy Graham is dead,” President Donald Trump tweeted at the time. “There was nobody like him! He will be missed by Christians and all religions. A very special man.”