AS poppy sellers go, you would struggle to find one more hard-working than Vera Parnaby.

After devoting 75 years of her life to the annual Royal British Legion campaigns and raising £1million, she has earned the nickname Mrs Poppy. 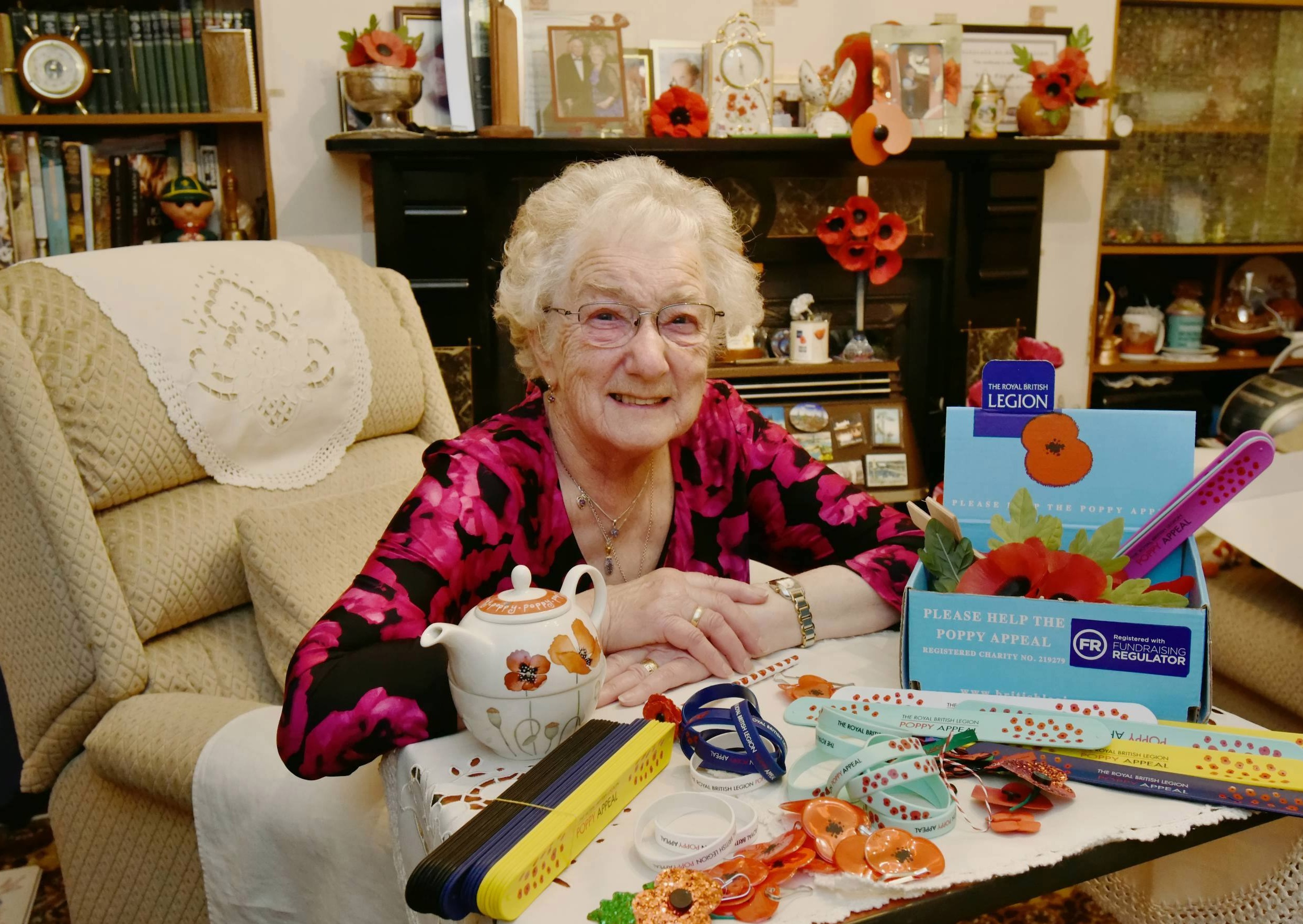 And she backs The Sun’s campaign calling on British people to help save this year’s appeal amid the challenges of the pandemic.

Vera, 81, said: “We are in another war. It might not be like the great wars but it is another conflict and we are once again in uncharted waters.

“Everyone needs to pull together — just like we do in wartime.

“We got through the others and we will get through this one — and the Poppy Appeal and The Sun’s campaign will help us win once again.”

Every autumn she marshals an army of poppy sellers to raise tens of thousands of pounds for veterans — and even puts in shifts herself.

Vera, who has supported the Legion since she was six, refuses to be cowed by Covid-19 as she urges people to back The Sun’s campaign.

The Royal Britain Legion raises £50million a year from its Poppy Appeal to help 90,000 veterans and their families. 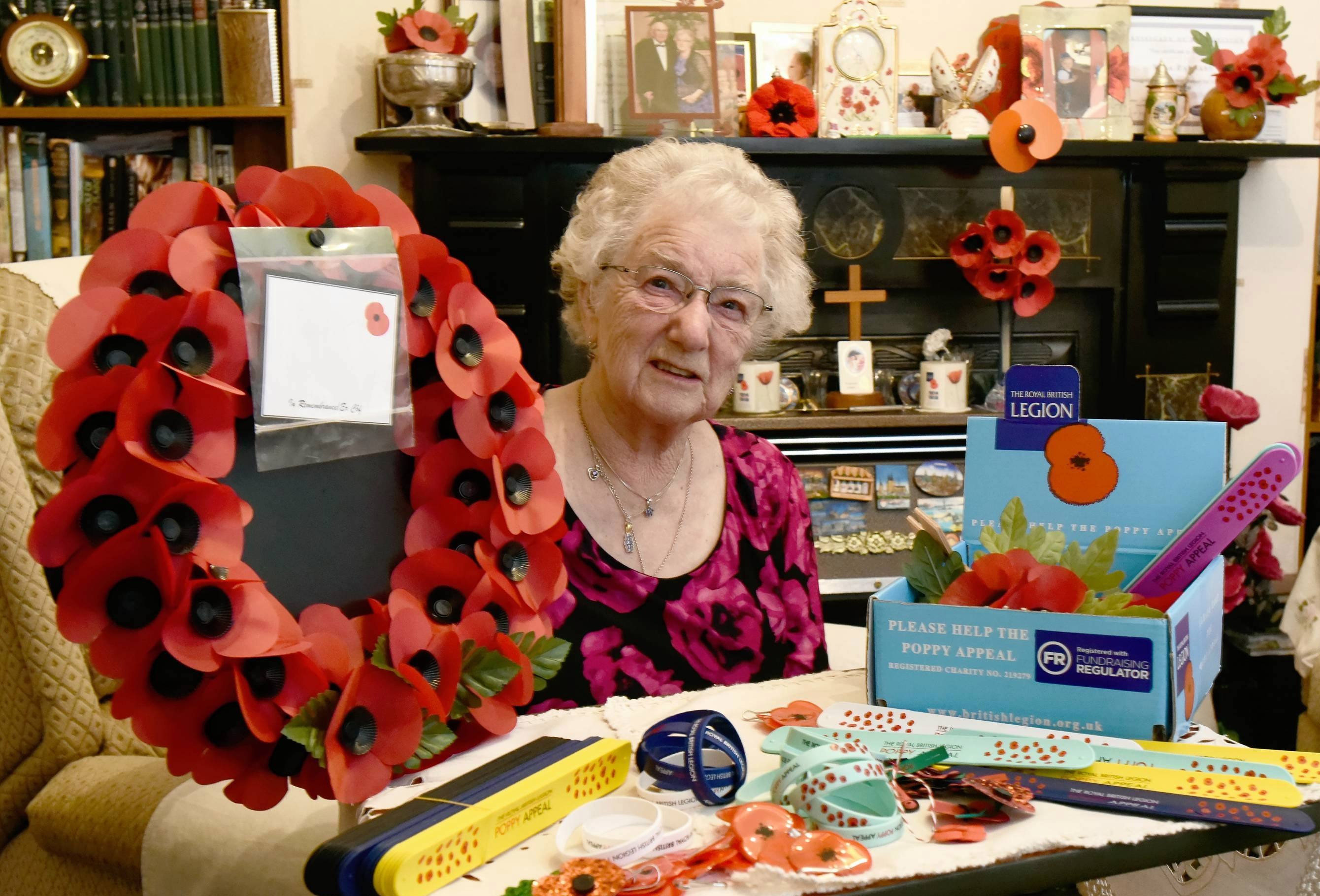 There are fears this year’s donations will be hit due to the pandemic, so The Sun launched the Poppy Star appeal to help plug the gap.

Vera’s house in Consett, Co Durham, is a shrine to the cause.

Poppies cover her wallpaper, there are poppy cushions, ornaments and a doormat.

Wearing a poppy dress, Vera said: “I first got involved when we were invited to a Christmas party in 1945 as my dad had been killed in the war.

Show your support at rbl.org.uk/poppyappeal

“My mother and a few other mums got together and formed a local women’s section and we never looked back. Us kids would help selling poppies, and from the age of 14, I went out on my own, selling poppies door to door.

“As I got older I got really interested in the work that the Legion did to support ex-servicemen and women and their families. We all owe a deep gratitude to those in the Forces who went to fight for their country.

“Where we would be today if they hadn’t fought the two great wars and other wars? I have spent my life repaying that debt.” 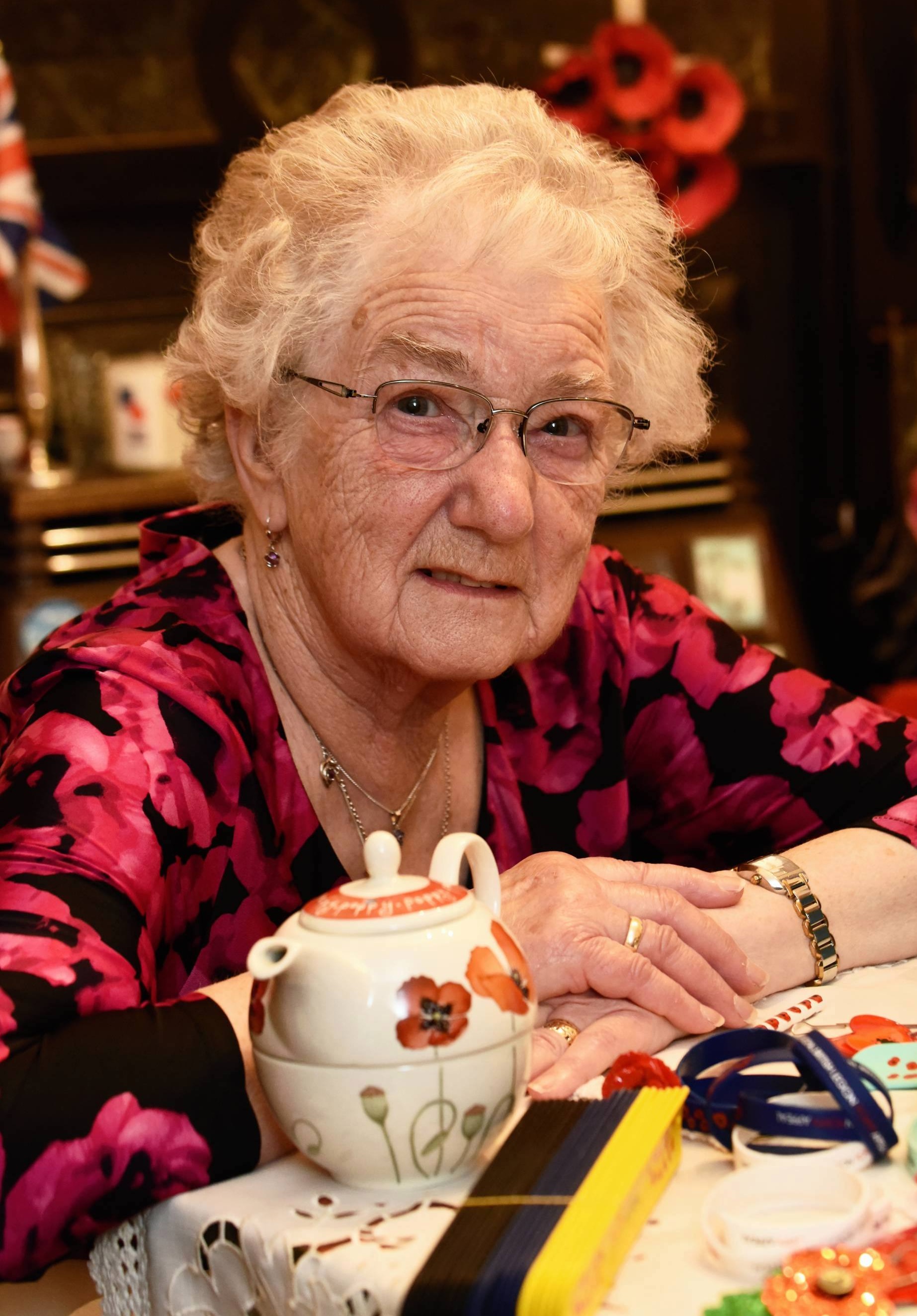 She has three children, two grandchildren and two great-grandchildren, worked at the nearby steel works and also volunteered for her local cubs and church.

But she has always found time for the Poppy Appeal and has co-ordinated her local one for the past 25 years.

She said: “Despite bringing up a family, I managed to juggle the Legion with everything else.

“I love poppies and my husband used to buy me presents with poppies on. I’m known as the Poppy Lady — even the doctor calls me Mrs Poppy.

“This year is going to be different because of the virus. We usually have about 500 collecting tins out around here but we will be down to about 120. 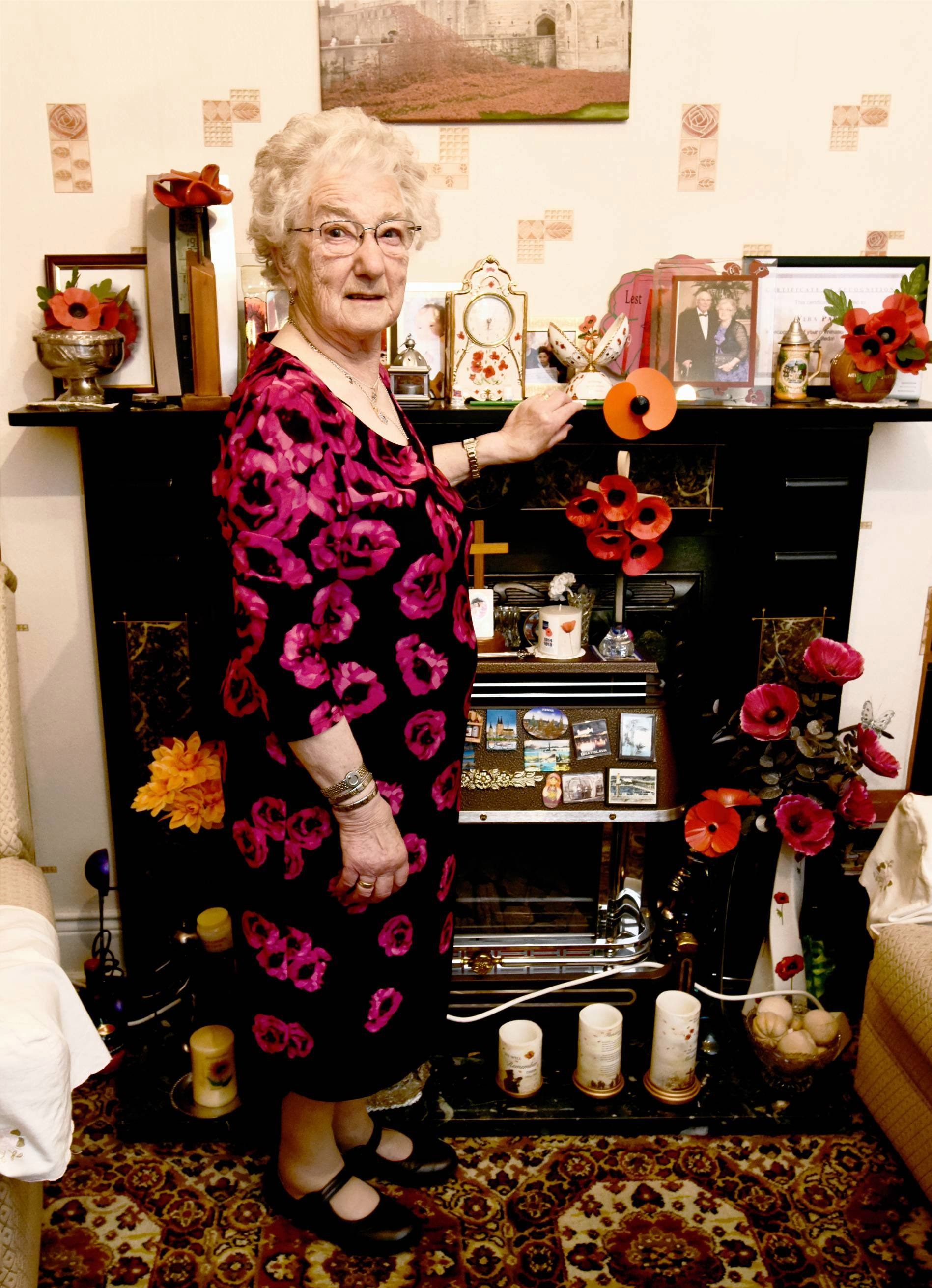 “But I am still trying to get as many businesses and shops as possible to take them so people have the opportunity to get a poppy. Tesco and Morrisons have said we can have a table so I’m planning to help out there.

“I’m delighted The Sun has launched the campaign to help this year’s Poppy Appeal. It’s more important than ever that we all buy a poppy because we are facing such a challenge this year.

“There are hard times ahead but if we show the same spirit as we have done in getting through other conflicts we will get through this one as well.

“There are lots of ways for people to donate to the campaign and I hope as many people as possible do so.” 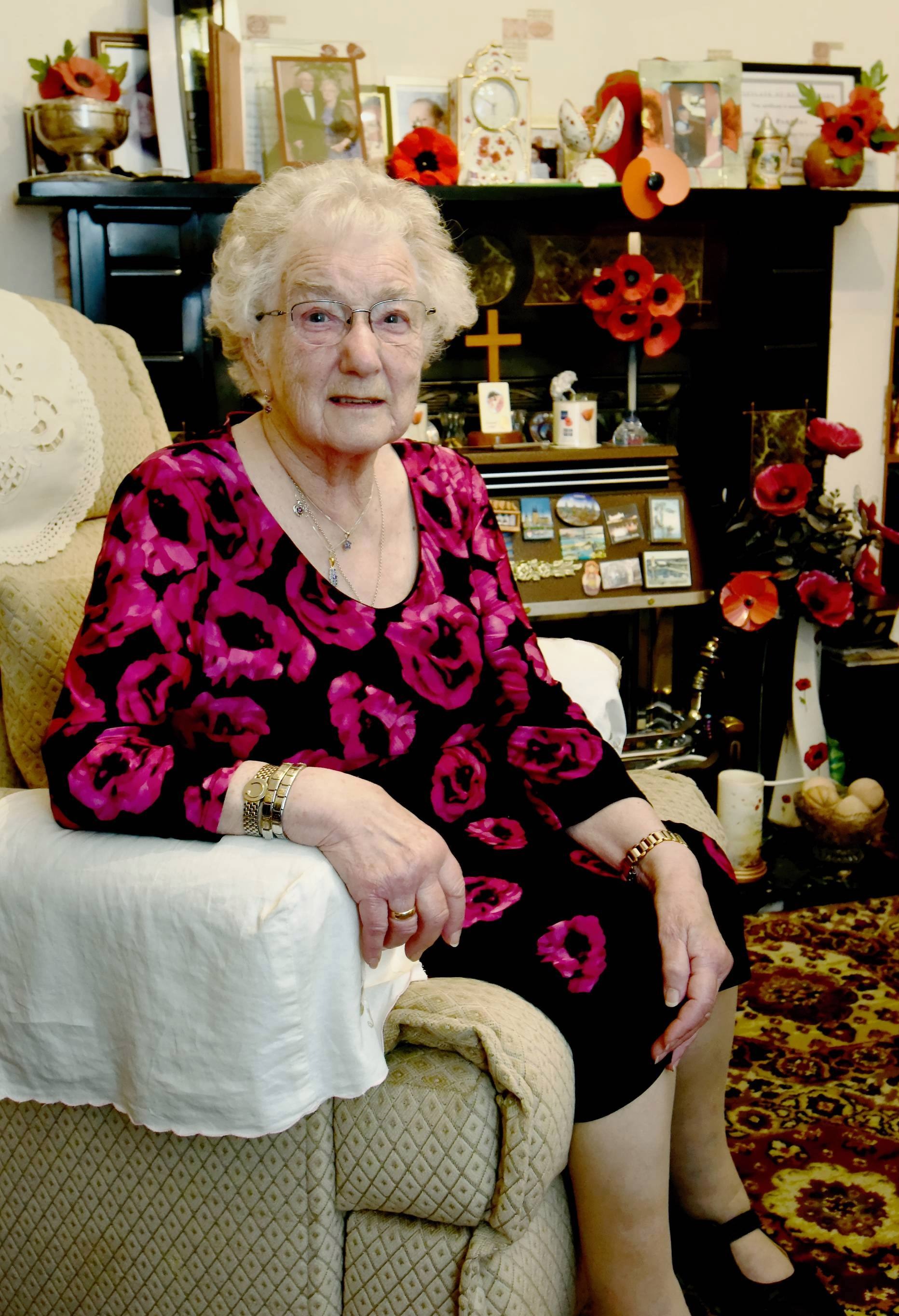 The Legion is delighted with all the work Vera has done over the years.
Julie Warters, a Legion community fundraiser in Co Durham, said: “Vera has been a dedicated poppy seller for more than seven decades and has raised well in excess of £1million for the Poppy Appeal.

“In 2013, she deservedly received the chairman’s medal for her years of service and her enthusiasm shows no sign of diminishing.

“She is a force of nature and an incredible asset to the Poppy Appeal in the North East.” 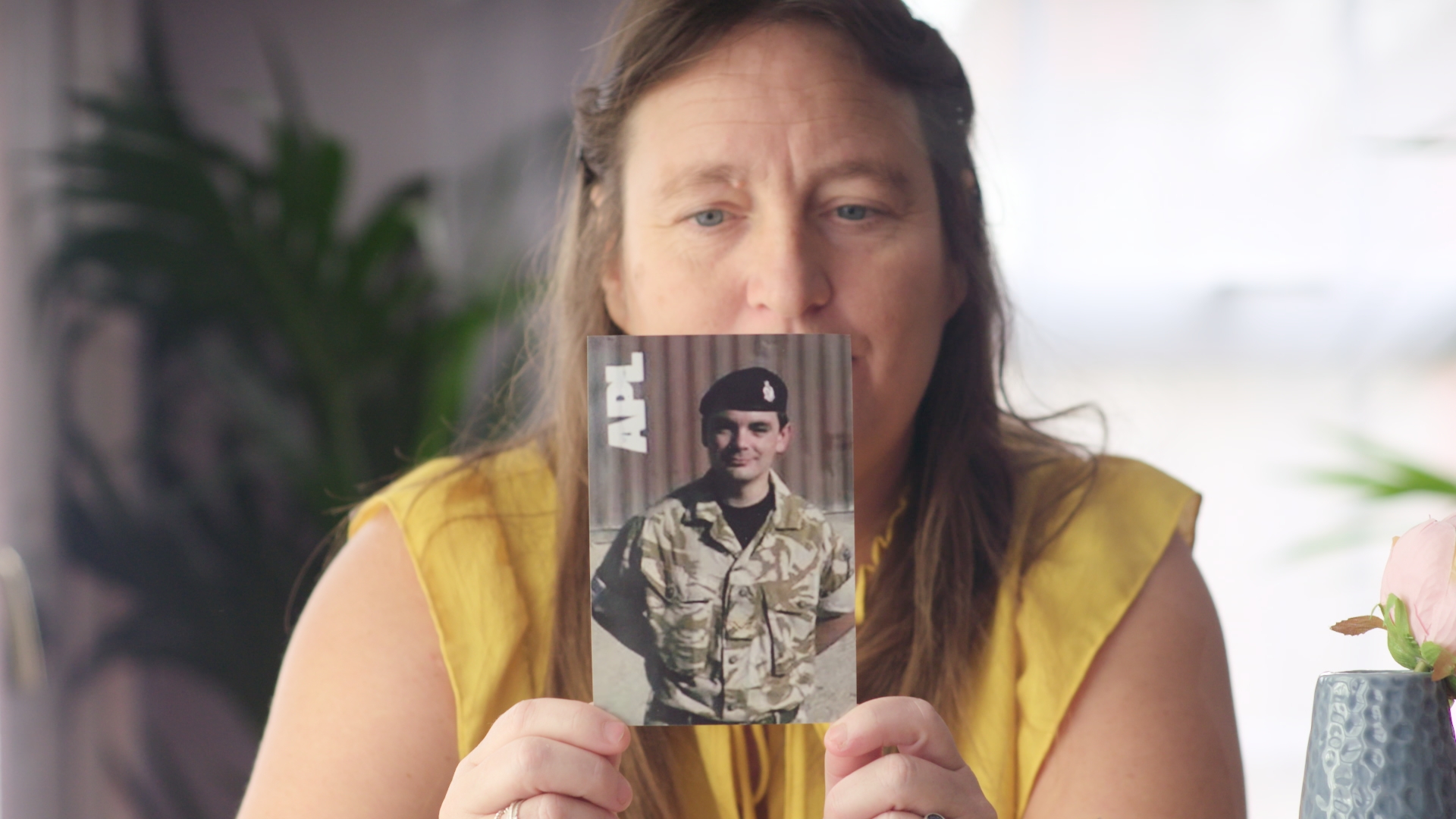 MUM Chantelle Wynn was left widowed after her husband Ryan struggled with the horrors he had witnessed at war.

In 2006, Ryan was posted to Afghanistan, where for six months he worked as an Army medic in battlefield hospitals.

Chantelle, 42, from Tamworth, Staffs, says: “Ryan used to be laidback, nothing fazed him. He came back a different man. He had seen awful things out there but refused to talk about it to protect me.

The Royal British Legion helped Chantelle and her daughters Rosie, 19 and Daisy, 15, cope afterwards, giving a food hamper for Christmas and paying for the family to go on holiday.

Chantelle says: “I never realised by donating to the Poppy Appeal one day that money would help us in our darkest time.

“That’s why I’m urging everyone to donate.” 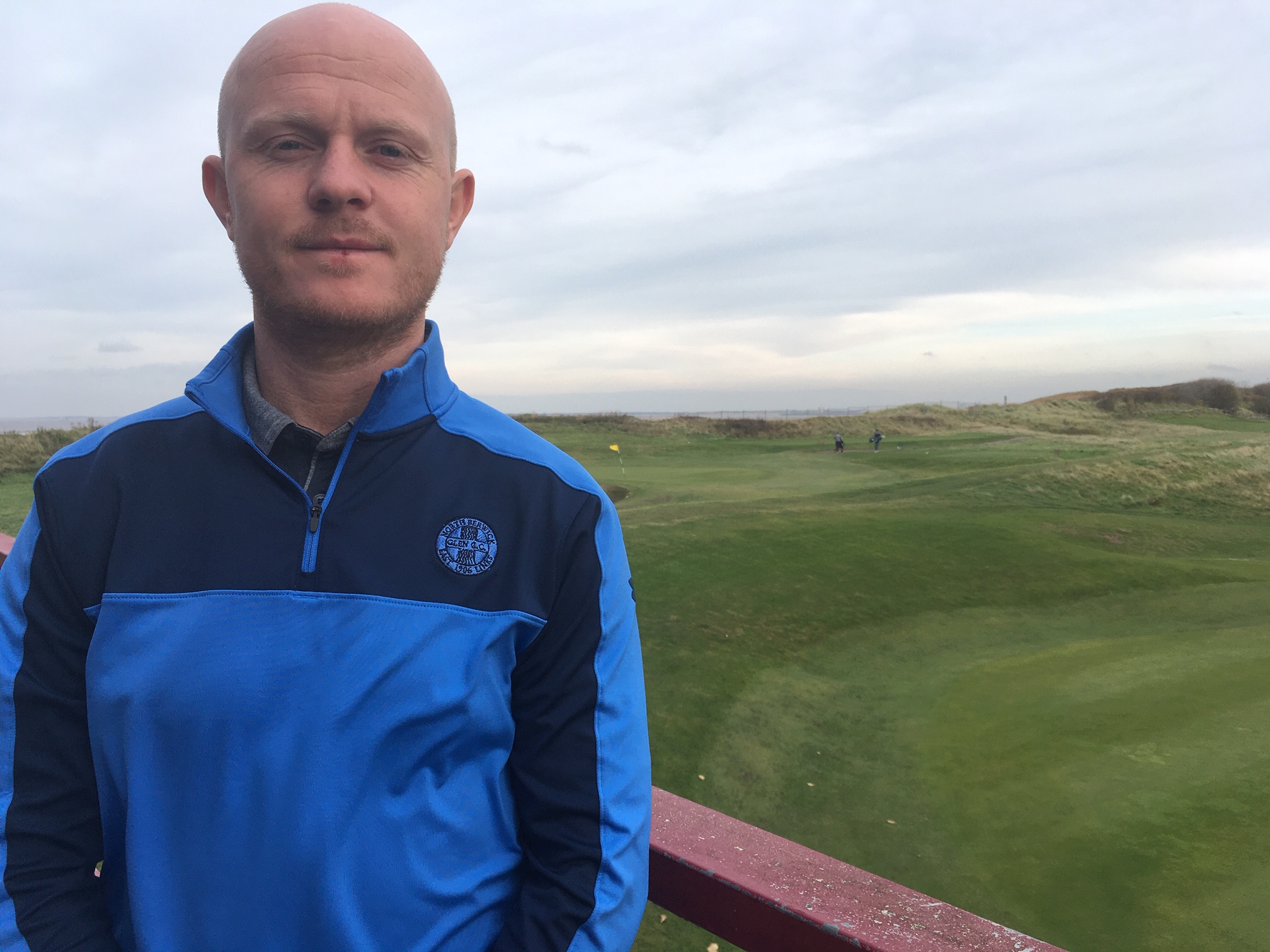 JOHN DEVLIN joined the Army at 16 to escape the gang culture in Liverpool.

But after he was shot and wounded serving with 2 Lancs (King’s) Regiment in Iraq, his life fell apart. He was suffering from PTSD.

John, now 30 and a golf pro, says: “I didn’t have anything when I first left the Army and the Legion helped me with furniture for my house, a couch, even food vouchers.

“I’d be dead without the Legion, as I was going out drinking and in with the wrong crowd.

“I was having nightmares. One was so real I tried to jump out of a window.

“A lady called Michelle from the Legion got me some mental health support. She was the first person to help me.”

John, who is now married to Marika and has a four-year-old son, Charlie, says: “My life has turned around completely.

“But there are many more like me who need help, so please support the Poppy Appeal.”

How to be a poppy star: Join The Sun’s campaign

THE pandemic may have stopped thousands of sellers from hitting the streets – but it doesn’t have to stop you from buying a poppy.

MIKE RIDLEY looks at some of the ways you can do your bit for the appeal by going online to: rbl.org.uk/poppyappeal

…OR POP INTO YOUR LOCAL SAINSBURY’S, TESCO, ASDA, ALDI OR MORRISONS AND BUY A POPPY