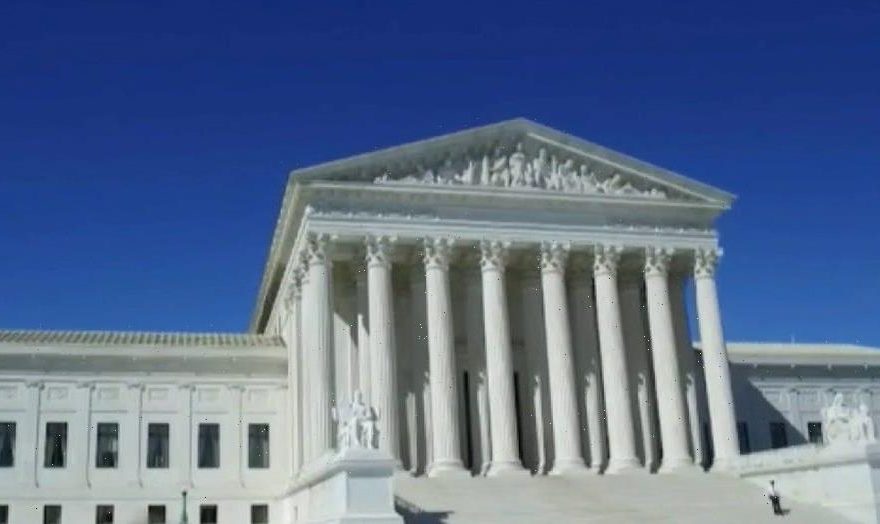 “The project, entitled ‘God Bless Abortions,’ is in direct response to the dramatic attempts being made in Arkansas and throughout the South, to ban abortion services to women in need,” the art collective said Friday. 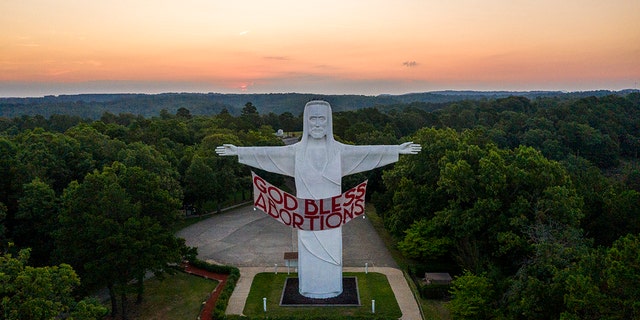 An activist art group called Indecline hung this banner at the Christ of the Ozarks statue in Eureka Springs, Arkansas on Thursday night.
(Indecline)

The banner was draped between the outstretched arms of the 67-foot Christ of the Ozarks statue in Eureka Springs on Thursday night.

Members of Indecline disguised themselves as a construction crew to sneak onto the property, then used pulleys and other climbing gear to hang the banner.

“In Arkansas, there is only one 65-foot statue of Jesus. There is also only one abortion clinic,” Indecline wrote in an Instagram caption explaining the project. “We just think abortion is a go***** miracle worth celebrating. It saves lives, but those lives are usually female.” 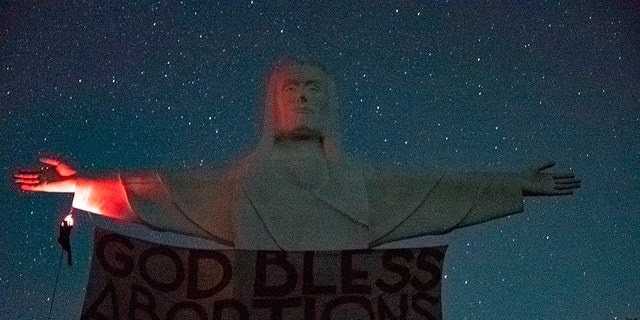 The group disguised themselves as construction workers to sneak onto the property.
(Indecline)

Originally built in 1966, the Christ of the Ozarks statue weighs 2 million pounds and is made of 24 layers of white mortar, according to The Great Passion Play, which is performed nearby.

This is not the group’s first project surrounding abortion. In March, they vandalized a Christian billboard in Missippi to read, “Worried? Planned Parenthood offers abortions,” instead of, “Worried? Jesus offers security.”

A public information officer for the Eureka Springs Police Department could not be reached Friday.