Office worker, 17, died in car crash when she was texting her boyfriend at the wheel just days after passing her driving test 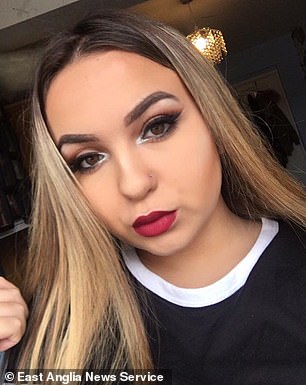 A 17-year-old girl died in a car crash when she was messaging her boyfriend at the wheel just days after passing her driving test, an inquest heard today.

Her car veered into a nearside verge and then swerved across the busy A140 before crashing into a tree on the other side of the road at Tasburgh.

Shannon, who was described as a ‘darling beautiful baby girl’ by her family, was cut free from the wreckage by firefighters and declared dead at the scene.

The teenager had been driving home from her job as a systems administrator in Norwich when the accident happened.

The inquest in Norwich was told that she had passed her driving test less than a month earlier.

Her boyfriend Henry Smith provided police with screenshots of iMessages from his mobile phone, showing their final conversation.

They showed that the couple had been swapping messages in the moments before the crash. 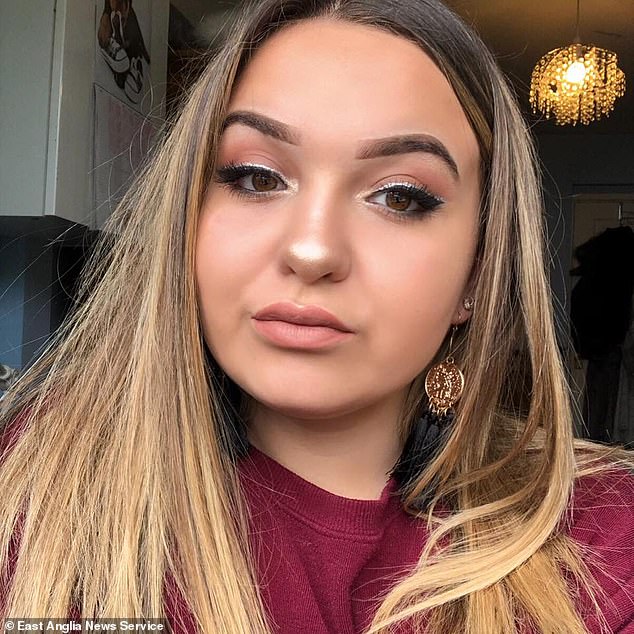 The hearing was also shown dashcam footage captured by the car following the teenager, showing her Fiat weaving in the southbound lane before its wheels left the nearside verge.

The car then careered across oncoming traffic in the opposite lane and hit a tree on its side.

He said: ‘The time of last message sent on iMessage by Miss Gittings is shown as 5.26pm and the last sent by Mr Smith as 5.27pm. This appears to coincide with the time on the video that shows when the Fiat began to lose control.

‘PC Forbes-Scott feels it is likely that Miss Gittings was reading or replying to Mr Smith’s message and that provides an explanation why the Fiat’s nearside wheels left the carriageway.

‘Although the phone was not examined for internet activity this could explain why the vehicle was wheeling about within its lane as can be seen at various points in the footage prior to the collision.

‘Therefore he considers that mobile phone use is highly likely to be a factor in the collision.’

The inquest was also told that Miss Gittings’ inexperience as a driver may have caused her to overreact to her car leaving the carriageway. 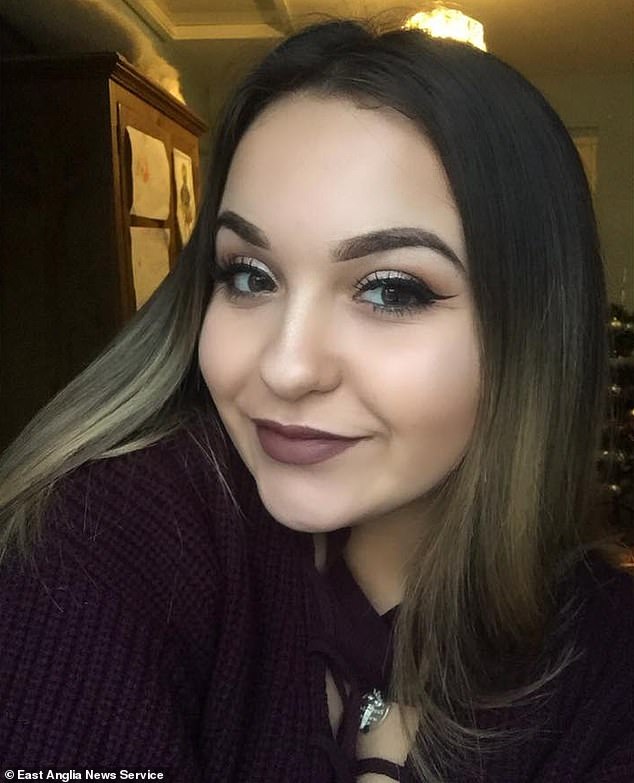 Norfolk area coroner Yvonne Blake recorded a conclusion that she died as a result of a road traffic accident.

She said: ‘This is a very sad death and waste of a young life.

‘It does highlight just how quickly you can lose control of your car if you are distracted, particularly by doing something like texting or receiving a message.

‘If any message comes out of this sad event it is to encourage people to not text, or iMessage, or Snapchat, whilst driving.

‘I understand her parents are very keen to discourage other youngsters who may well do the same thing to stop doing it.’

Shannon’s parents Andrew and Lindsey Gittings left an emotional message on her Facebook page after her death, saying: ‘My darling beautiful baby girl, you made us the most proud parents in the world.

‘You turned out to be the most amazing young lady who was loved by so many people. We are going to miss you more than you could have ever known.

‘We promise to be strong for each other and your brothers, Callum and Lewis. Henry is so lost without you and will always be part of our family. 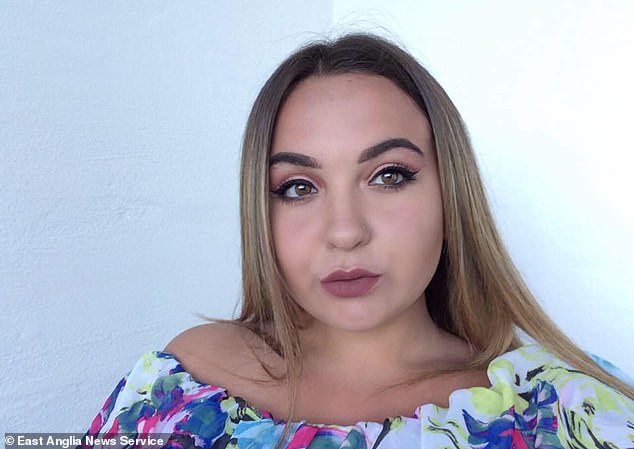 The hearing was also shown dashcam footage captured by the car following the teenager, showing her Fiat weaving in the southbound lane before its wheels left the nearside verge

‘Every day you will be in our thoughts and we will never stop talking about you and telling the world how amazing you were.

Jan Hunt, the head of Diss High School where Shannon had been a pupil, said: ‘Shannon was a lovely, popular girl who worked hard in her final year at school and achieved good GCSE results.

‘She was just beginning her career with a bright future ahead of her. The whole school community is devastated at such a tragic loss.’