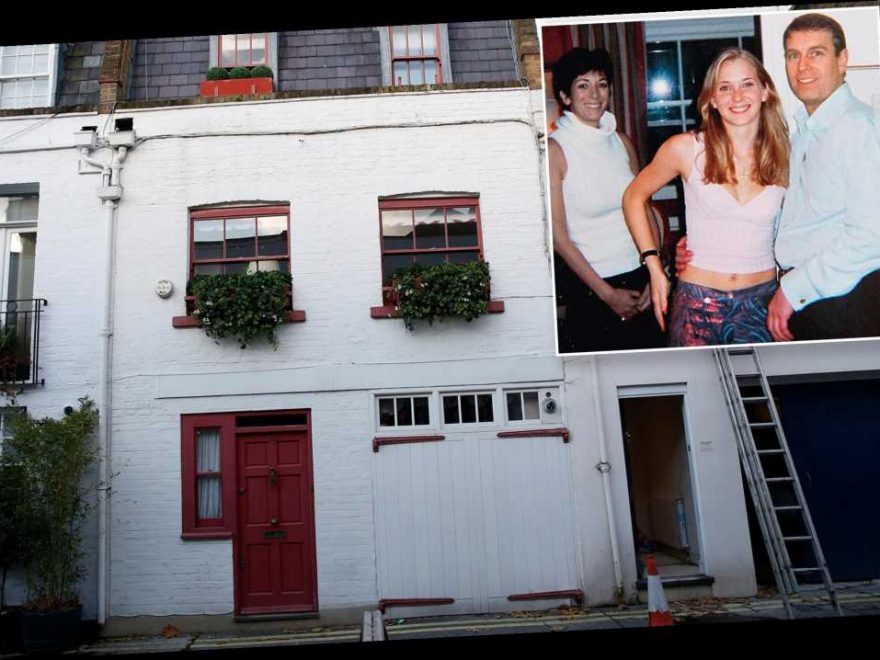 Prosecutors slam Ghislaine Maxell’s offer to give up UK, French citizenship for bail

Ghislaine Maxwell is selling her London home — where Prince Andrew was infamously photographed with a Jeffrey Epstein accuser — to raise money for legal costs, her spokesman said.

The sale of the British socialite’s Kinnerton Street flat, in the posh London neighborhood of Belgravia, is near completion, spokesman Brian Basham told the Wall Street Journal.

He declined to identify the buyer or the sale price.

The estimated value of the stylish abode, which sits just a couple blocks south of Hyde Park, is £1.9 million — about $2.7 million, according to UK real estate website The Move Market. It last sold in 1997.

Other properties in Belgravia have sold for between $3.6 million and $11.2 million over the past two years.

The lucrative deal would add to the $7 million Maxwell has already earmarked for her defense fund — pushing the total to over $10 million, Basham told the Telegraph.

“Ghislaine will be sad to see the house sold,” Basham told the outlet. “She is devastated by all this. She will have a lot of good memories. She will be terribly sad to sell the house. It was her refuge in London.”

Epstein accuser Virginia Roberts Giuffre claims she was brought to Maxwell’s London home in 2001 and forced to have sex with Prince Andrew when she was 17 years old.

A photo of the pair taken at the home — with Maxwell smiling in the background — has frequently surfaced as news of Epstein’s alleged sex crimes exploded across the world.

Prince Andrew has denied the claims.

Both Andrew and Ian Maxwell, Ghislaine’s brother, have also suggested the now-notorious photo is fake.

The sale of Maxwell’s home is finally close to being finalized after it hit a snag in February when her bank, Barclays, closed her account a day after lawyers deposited £130,000 (about $180,000), the Wall Street Journal reported.

The deposit represented an initial deposit from the buyer.

In a letter reviewed by the Journal, Barclays warned the buyer against putting the bank in the position where it “might break a law, regulation, code or other duty.”

Ian Maxwell accused Barclays of closing his sister’s account as a way to protect its chief executive officer, Jes Staley — who had visited Epstein’s notorious Caribbean island in the past.

But Basham said the Maxwell family worked out a way for the deal to go through.

“We have no idea what Staley got up to with Epstein, but whatever it was, it’s his problem and he should not be taking his problems out on my sister,” Ian Maxwell told the Journal. “Staley is playing at Pontius Pilate with my sister’s life.”

Maxwell has been held in federal custody in Brooklyn since her arrest last July on charges she helped recruit and groom young women and girls to have sex with Epstein. Prosecutors have also alleged she took part in some of the abuse herself.

Her trial is set to begin in Manhattan federal court in July.

Epstein, 66, hanged himself while behind bars in Manhattan in 2019 — about a month after he was arrested on sex-trafficking charges.