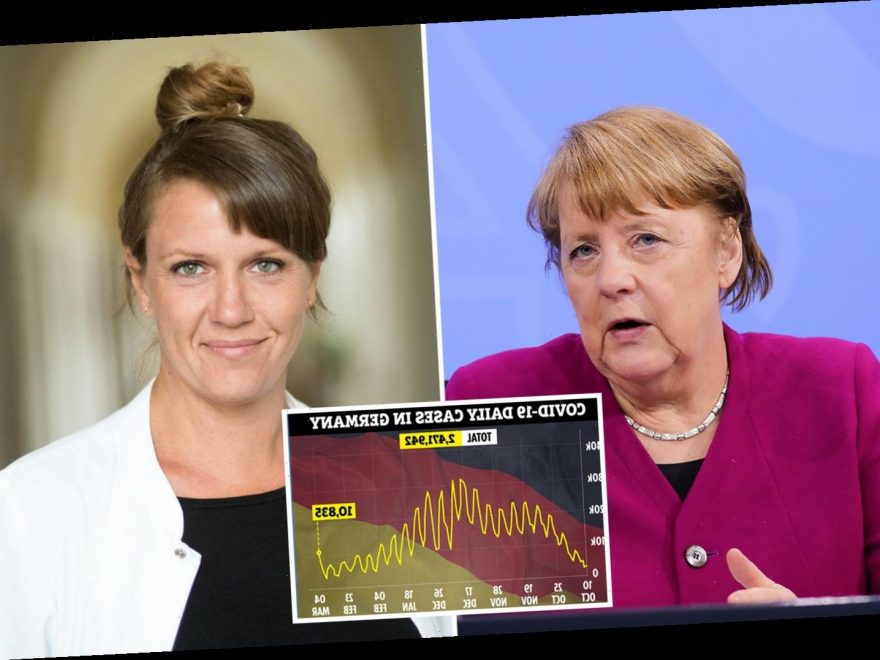 A GERMAN doctor has lifted the lid on the country's vaccine rollout shambles as she claimed one hospital only got three jabs and elsewhere medics face being blocked by red tape.

Angela Merkel's shambolic Covid jab rollout has been blasted by leading doctors who are desperate to vaccinate patients and help accelerate an end to the pandemic as Germany extended its lockdown for three weeks. 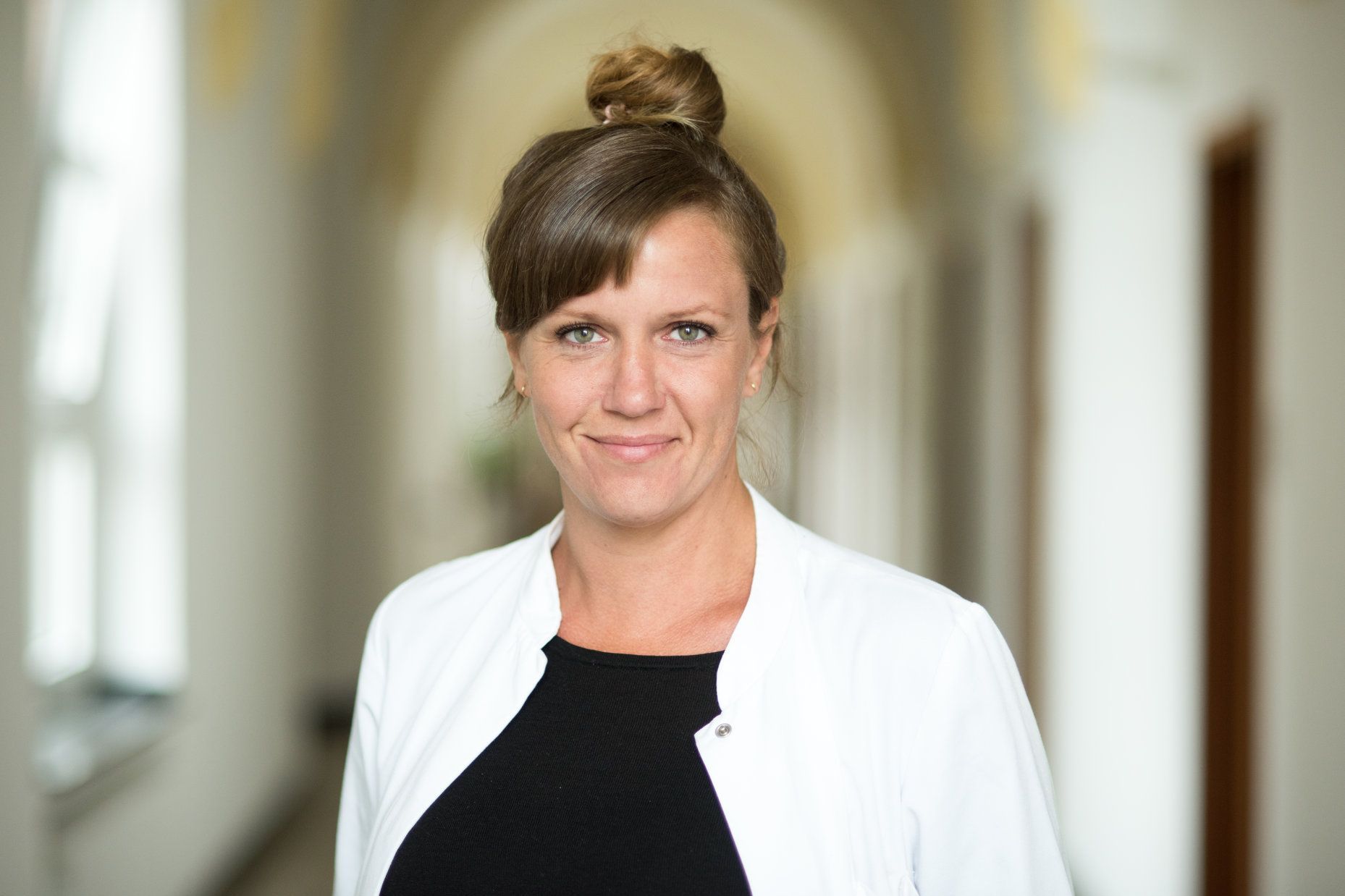 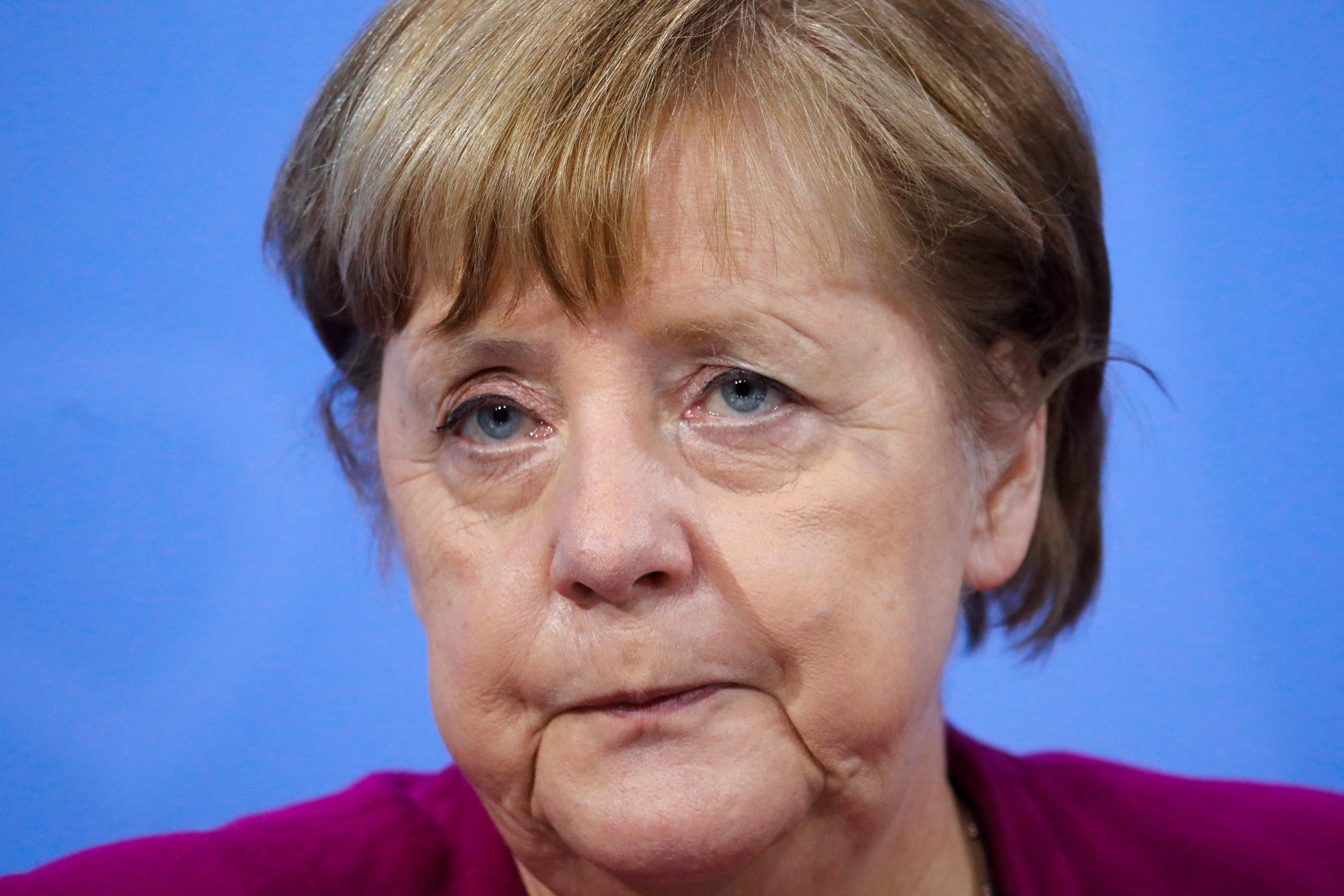 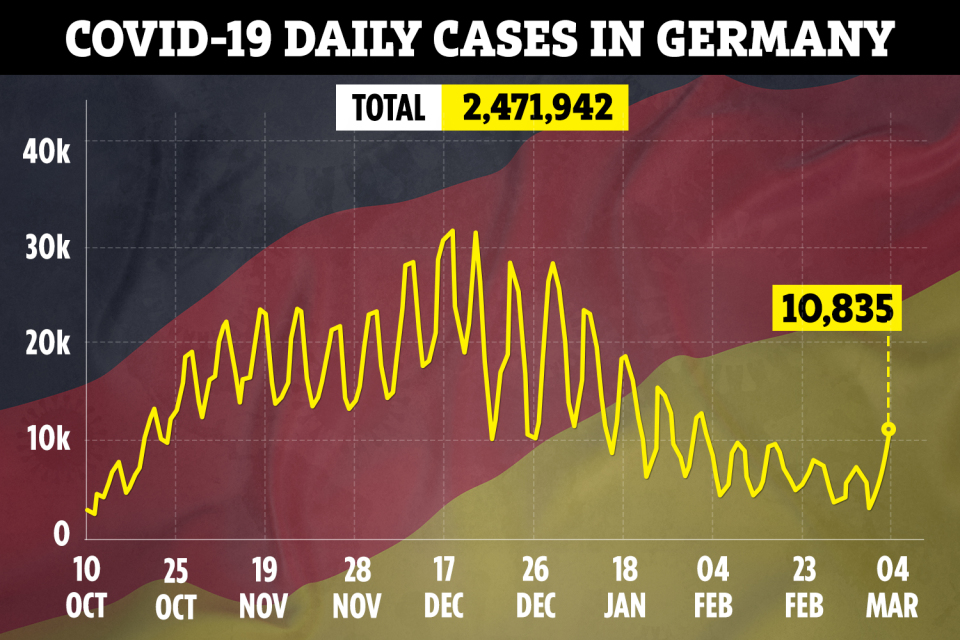 Daniela Stock, a consultant doctor at a hospital in Cologne, told The Sun Online about the failures she has seen during the rollout as just 6.6million people have been jabbed so far in Germany.

She claimed one hospital she is aware of received only three vaccines, while her hospital was sent just 15 to cover a staff of 550.

Health workers and patients are being left unprotected as Germany continues to record up to 10,000 new cases a day amid fears of another surge.

Medics are also calling for the opportunity to be able to deliver more shots but are being blocked as GPs beg health chiefs to cut the red tape and allow them to vaccinate.

Family doctors in Germany want to be allowed to vaccinate patients to work through the stockpile, but some medical leaders have insisted they can't as there aren't enough jabs.

GPs are now starting to be drawn into the process as Merkel's government tries to get its programme back on track, however for some the process is still too slow.

“We have only had 15 vaccines so far, which we managed to stretch to 22 staff who worked on a Covid ward,” said Ms Stock, who is part of her hospital’s Covid crisis response team.

“Short notice of only a few days meant we just had to vaccinate those staff who were on shift at the time. And it was the same everywhere.

“In another hospital outside Cologne, a friend’s sister works on the intensive care unit with Covid patients and they only received three vaccines for the entire hospital.

Ms Stock’s hospital is now due to receive batches of the AstraZeneca shots over the next two weekends, although she believes that is down to the low uptake of the jab across the country after the British vaccine was downplayed by Merkel.

Large swathes of older people across Europe have refused the Oxford jab after EU leaders repeatedly made baseless allegations about its efficacy.

Figures show around two thirds of the 1.4 million AstraZeneca doses delivered to Germany have been left unused in storage.

And with a storage shelf life of six months, the expiry date on the vaccines is coming ever closer.

The 6.6 million people jabbed in Germany account for less than eight per cent of the population, which is compared to 21.6 million in the UK, or almost 32 per cent of people. 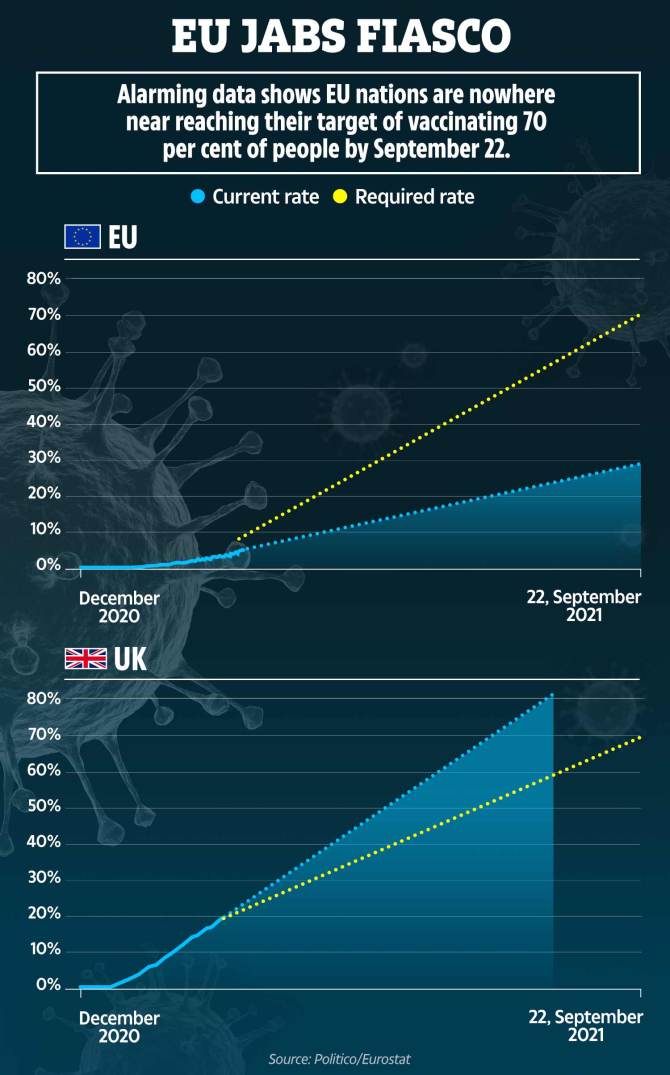 “We should get everything we need now and it is my guess that is because there has been low uptake,” Ms Stock told The Sun Online.

“Angela Merkel and the health minister are trying to put out a positive message now but I think people have already lost trust in the vaccine.

“Doctors are positive about it, but there is a difference even between how doctors feel and how nurses feel about having the vaccine.

“In terms of the speed of the rollout, I feel like people in Germany have just submitted to their fate.

“We did well initially with keeping numbers relatively low but now what has happened with the vaccine? On that Germany has been behind.” 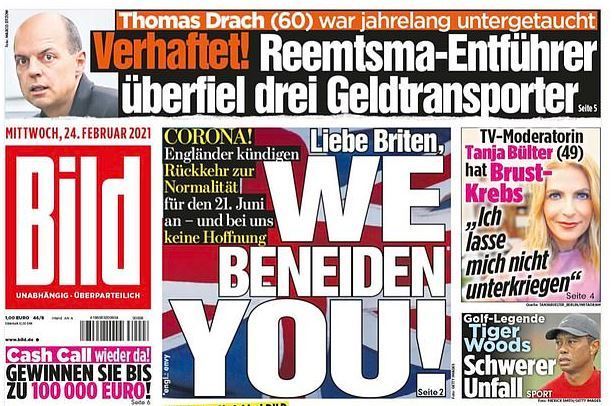 Ulrich Weigeldt, Federal Chairman of the German Association of Family Physicians, said: "It is difficult to bear when one million doses of vaccination remain unused in the refrigerators of the vaccination centres.”

“This is fatal. We must address this growing scepticism about vaccination – through transparent information and education on an equal footing. Vaccination is always a question of trust,” Dr Weigeldt told Focus.de

He called for urgent involvement of family and industrial practitioners in vaccination – with the rollout now being narrowly extended to GPs in some parts of Germany.

“The clock is ticking,” warned the chief virologist of the Berlin Charité on NDR’s Coronavirus Update podcast.

“You know a patient’s [weaknesses] as a family doctor,” Professor Drosten said. “This human factor is not being used at the moment.”

Mayor of the City of Munich, Katrin Habenschaden, urged speed in the vaccination rollout, demanding “more pace” in immunisation.

“What we need are many more contact points. It doesn't have to be at Ikea, but our general practitioners should also be allowed to immunize, please.” 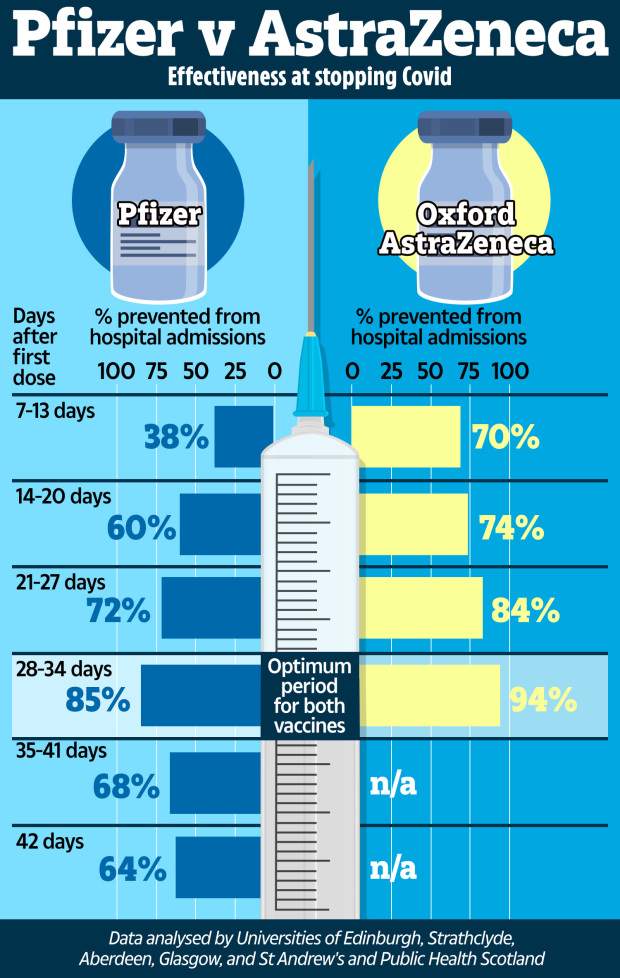 Vaccine delivery in Germany has been sluggish so far as it has been hampered by production delays, political infighting and confusion over the use of the Oxford jab in over-65s.

German newspaper Handelsblatt reported that the jab was "hardly effective in seniors" in a controversial article on January 25 – but the data used to back the claims was rubbished by AstraZeneca.

It came despite a study finding that just one shot of the British-made Covid jab slashes older people’s risk of being taken to hospital by 94 per cent.

A bombshell poll has revealed that Europeans are losing faith with the EU vaccine rollout, with only one in six Germans thinking it has gone well.

Criticism is harshest in Germany where more than half of people think Brussels has made a bad job of it, and just 17% that it's done well.

The country will also now approve the AstraZeneca vaccine for the over 65s, Merkel confirmed in a U-turn of previous policy banning it for older people.

Dr Marion Charlotte Renneberg, a general medical specialist, urged the need for stockpiles of the AstraZeneca vaccine to be used urgently.

Criticising detractors of the AstraZeneca vaccine, Dr Renneberg called for higher take-up of the jab.

"The main thing is vaccination! We should be happy and grateful that we have a vaccine,” said the vice-president of the medical association of Lower Saxony.

“Be sure to get vaccinated, with the vaccine that is currently available and in stock, because what do we want to wait for?”