Furious Vodafone customers have slammed the company after they were hit by roaming charges of up to £5000 after an error meant holidaymakers were billed for using their phones abroad.

A number customers complained they were unable to use their device with no explanation given.

They were then sent alerts saying their data had run out, and were racking up huge extra charges, with many taking to Twitter to say their bills had risen by hundreds, if not thousands of pounds.

‘Stress of this is ruining my holiday but Vodafone don’t care.’ 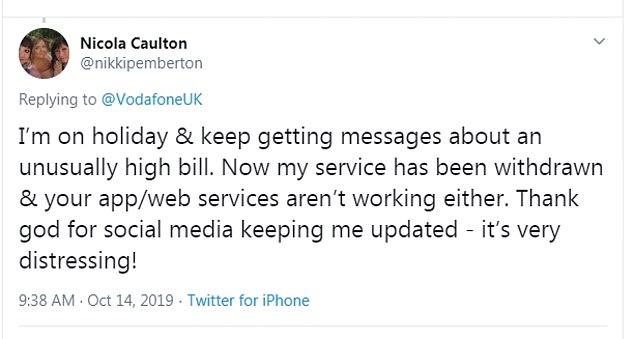 Nicola Caulton said her service, the app and web services were not working and the situation was ‘very distressing’ 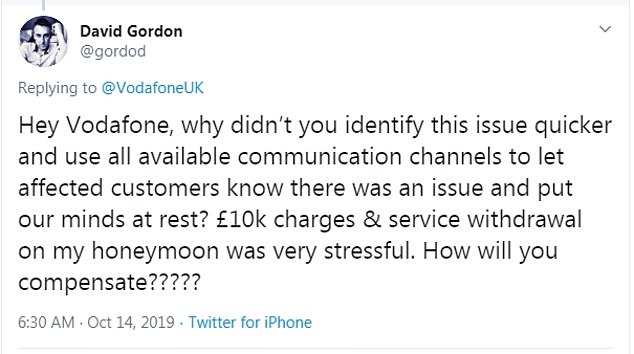 Nicola Caulton said: ‘I’m on holiday and keep getting messages about an unusually high bill.

‘Now my service has been withdrawn and your app/web services aren’t working either.

And Barry MItchell added: ‘Vodafone has gone into meltdown tonight.

‘My wife nearly had a heart attack when she saw her bill. Now I’ve got the same thing.’

Vodafone has already assured customers they would not have to pay incorrect bills. 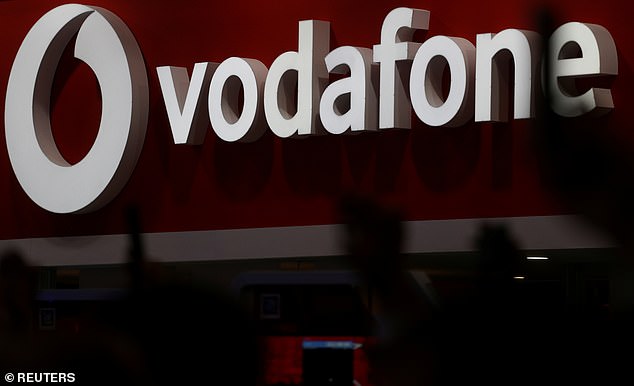 Vodafone told the BBC: ‘We are very sorry that some customers could not use their phones yesterday, when roaming abroad. This was due to a technical error, which we have now fixed.

‘Some customers are receiving billing messages in error; we are working through these as an urgent priority and are removing any errors from customer accounts.

‘Customers will not be charged and do not need to worry about contacting us as we are proactively checking accounts.’