A GRAN was left furious when she sent McDonald's photos of their "filthy" restaurant – only for the fast food chain to take it as a compliment.

Ceri Pepper, 61, said the mess in the Crossways Parc branch in Caerphilly, Wales, was "mayhem" when she popped in to buy her family a treat. 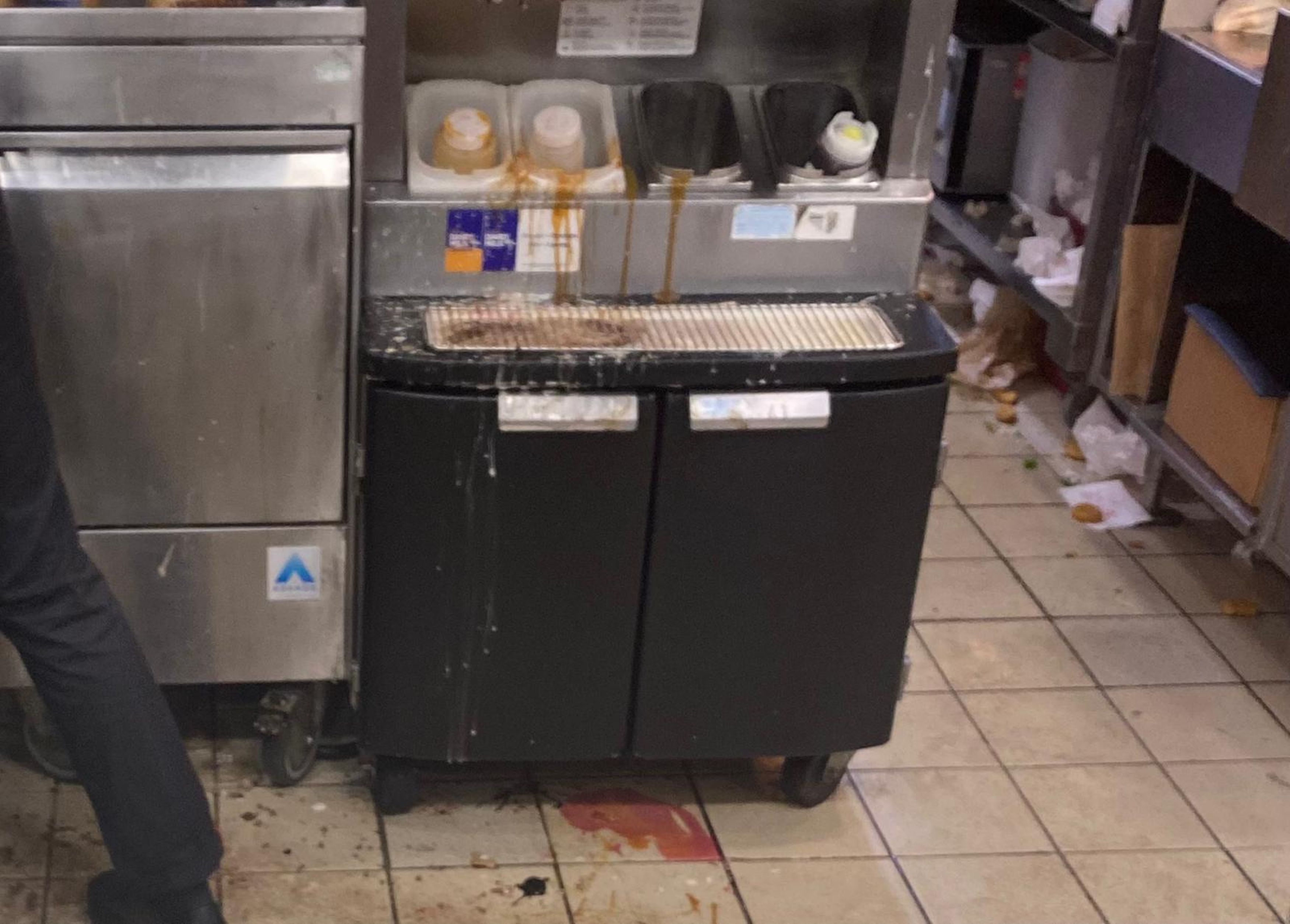 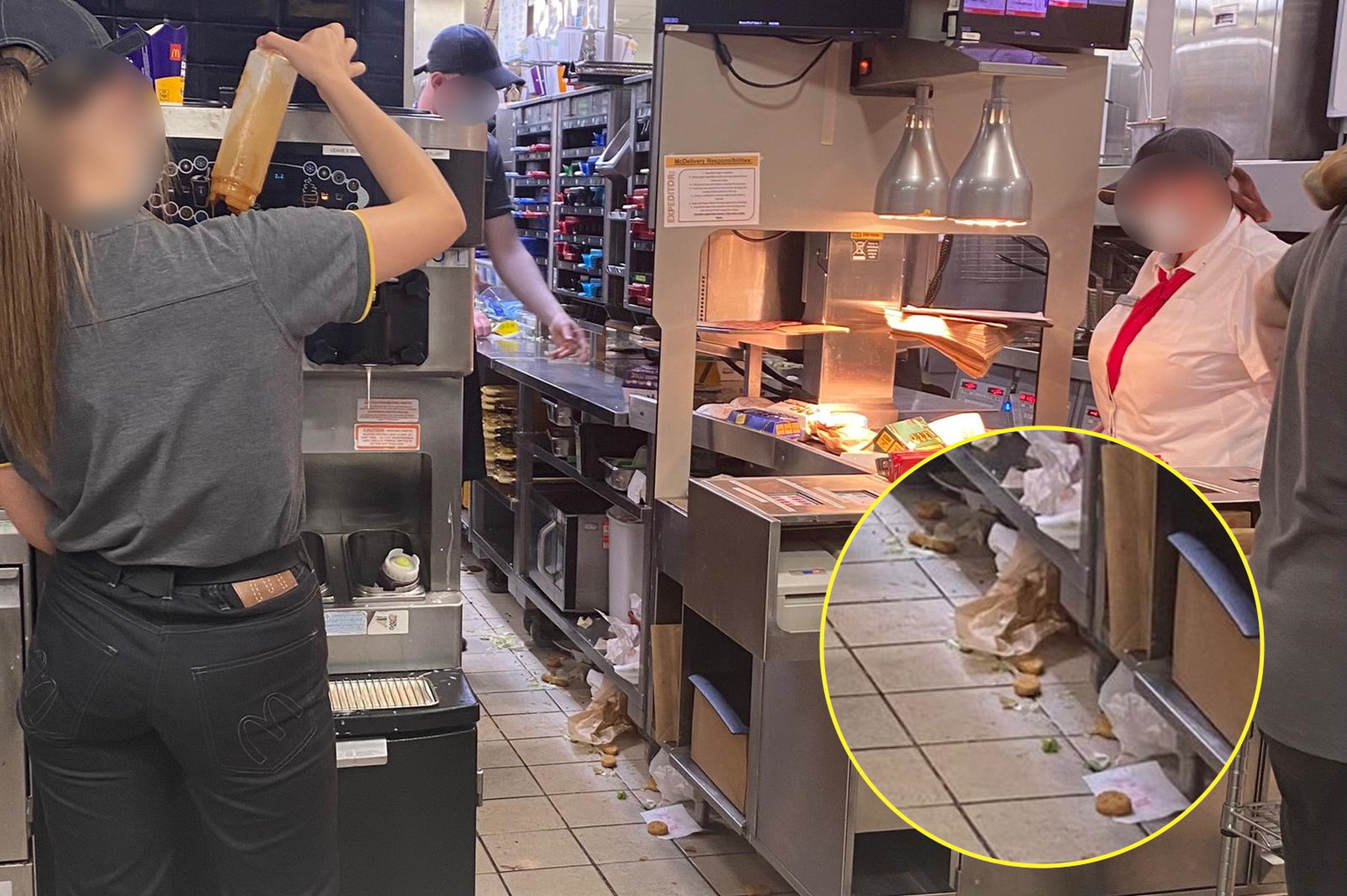 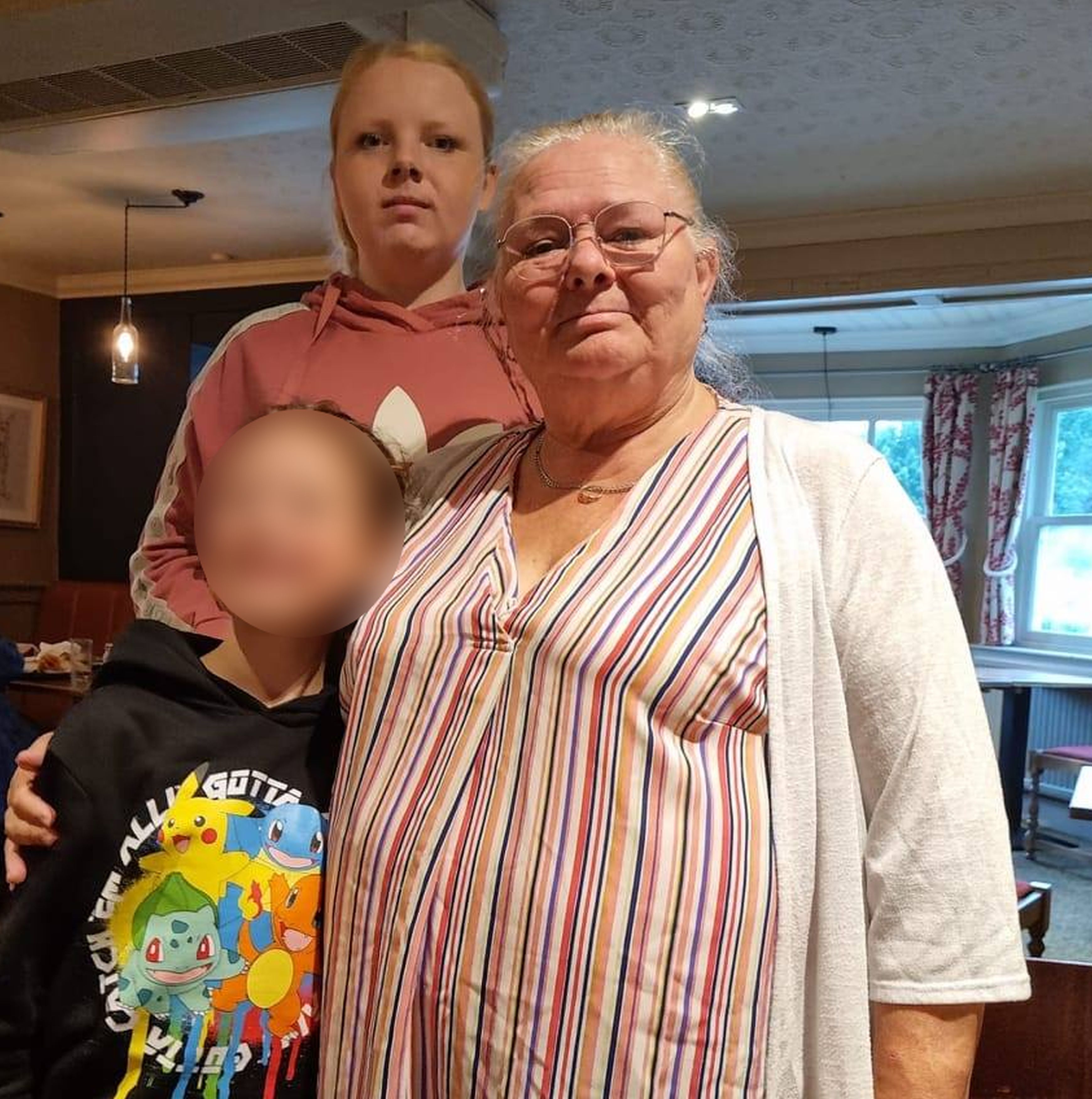 She found the surfaces and units encrusted with sauces and spills and grabbed her camera to document the filth.

But when Ceri showed McDonald's the pictures on social media, the chain replied saying they "love to hear when our restaurants impress with their cleanliness" and promised to pass on her "compliments".

The gran, from Caerphilly, said: "It was gross. They'd kicked all the food underneath the units too.

"It was horrible. It wasn't just one or two bits on the floor that could be picked up – it was horrendous.

"The mess itself was mayhem, though I have seen the restaurant cleaner [when it's been busier].

"The floor was dirty. It's not just walked in food – it's walked in dirt.

"[A member of staff] was holding up the toffee sauce bottle with two fingers for my McFlurry because the bottle was encrusted in sauce and she couldn't hold it properly because it was so sticky.

"I looked at the rest of the area and thought 'oh my goodness'. The general eating area was like that too.

"All the orders were piled up. They weren't cleaning anything. It was just piling up and piling up."

Despite having forked out £14 for three triple cheeseburgers, two fries and two McFlurrys, the horrified gran said she left the restaurant and binned the food as she didn't want to take the risk.

A member of staff was holding up the toffee sauce bottle with two fingers for my McFlurry because the bottle was encrusted in sauce and she couldn't hold it properly because it was so sticky.

She added: "They [the staff] were oblivious to it.

"As I came out I said to a young girl 'isn't anyone cleaning today' and she said 'we're too busy'. That was it.

"At the moment, the emphasis is on hygiene and I didn't want to take that risk.

"I don't know what went on. Normally it's very clean but it'd gone to pot.

"Whatever staff were on at that time were appalling, but the other staff are right on the ball and I'd like them to be mentioned."

After showing her photos to McDonald's on social media, the fast food giant replied: "Thanks for letting us know, we love to hear when our restaurants impress with their cleanliness. I'll pass your compliments onto the restaurant and staff members."

And Ceri was so shocked by the response, she was convinced it was "a joke".

"I haven't been back to that restaurant since," she said.

"When I saw their response on social media, I was gobsmacked. I thought 'are they having a joke? Are they taking this seriously at all?'

After Ceri called Environmental Health, a council spokesman confirmed that they have "requested remedial actions to be undertaken by the restaurant" and will be performing a follow-up visit.

A McDonald's spokesperson said: "Hygiene and cleanliness is of the utmost importance to us and we apologise to the customer for her experience.

"This was an exceptionally busy time for the restaurant, and as soon as the issue was brought to the attention of our franchisee the restaurant operated Drive Thru only for a short period, to allow for extra cleaning to take place."

A spokesman for Caerphilly Council confirmed they are dealing with a complaint about the premises and have requested remedial actions to be undertaken by the restaurant. 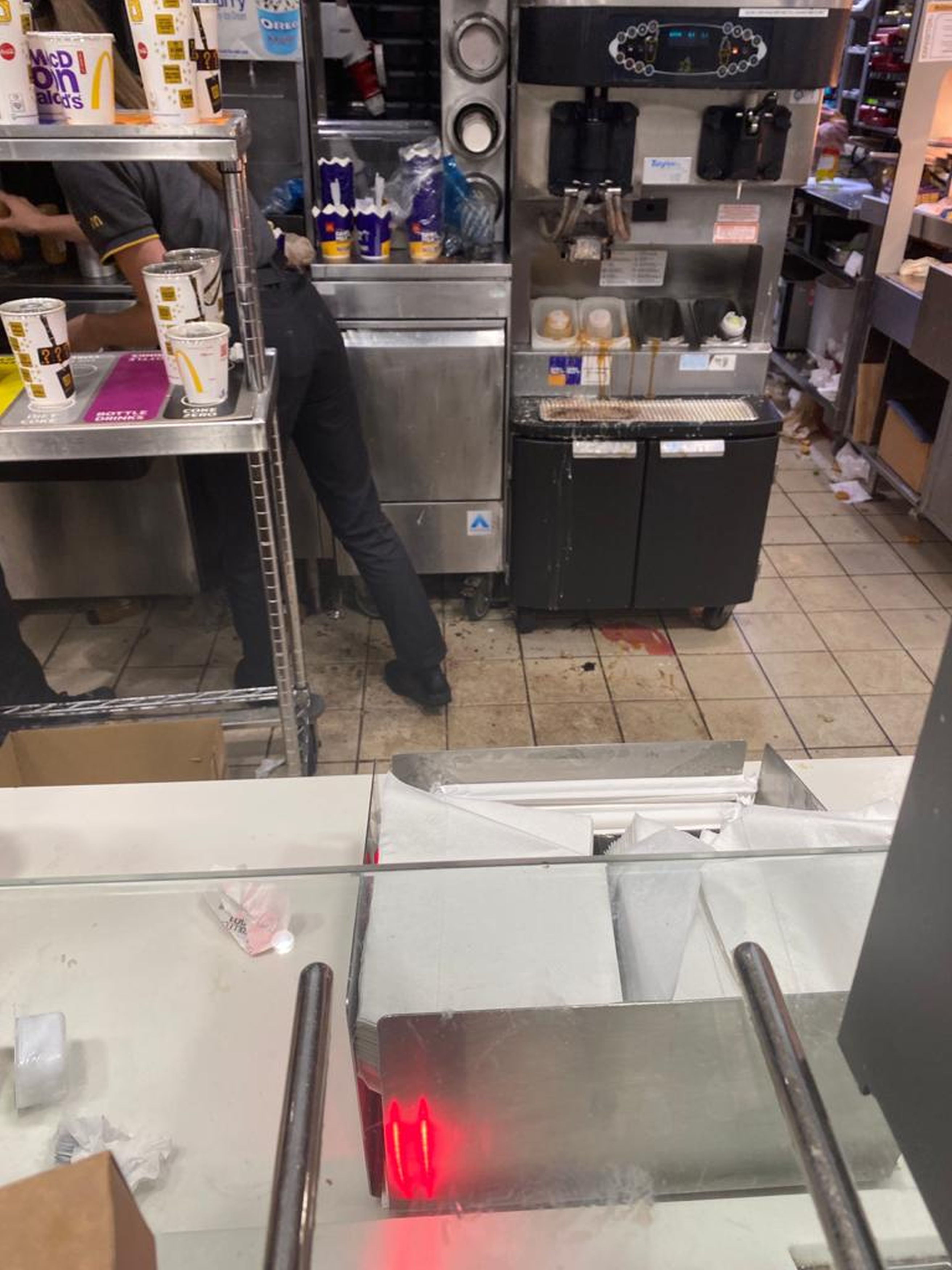 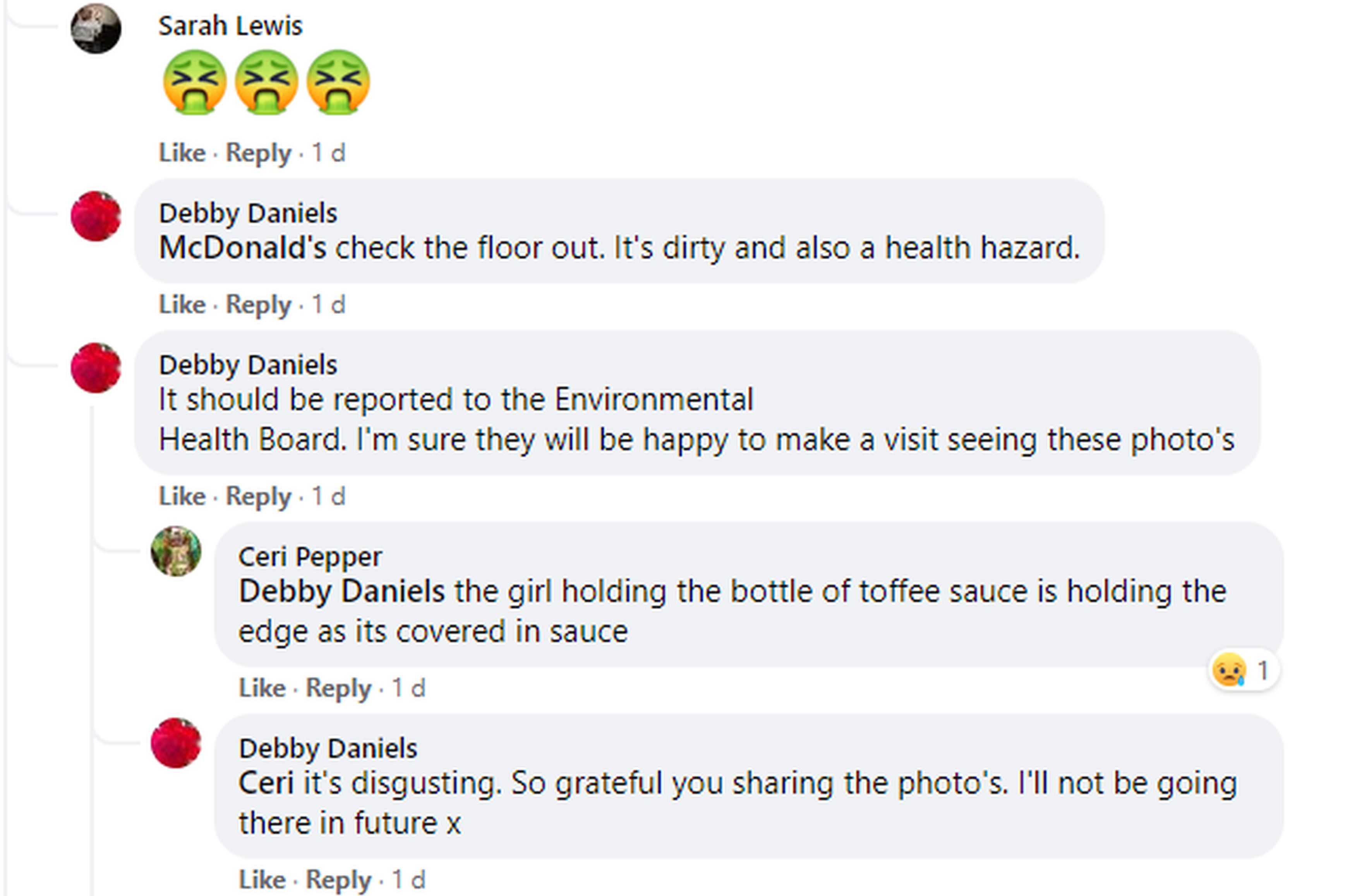 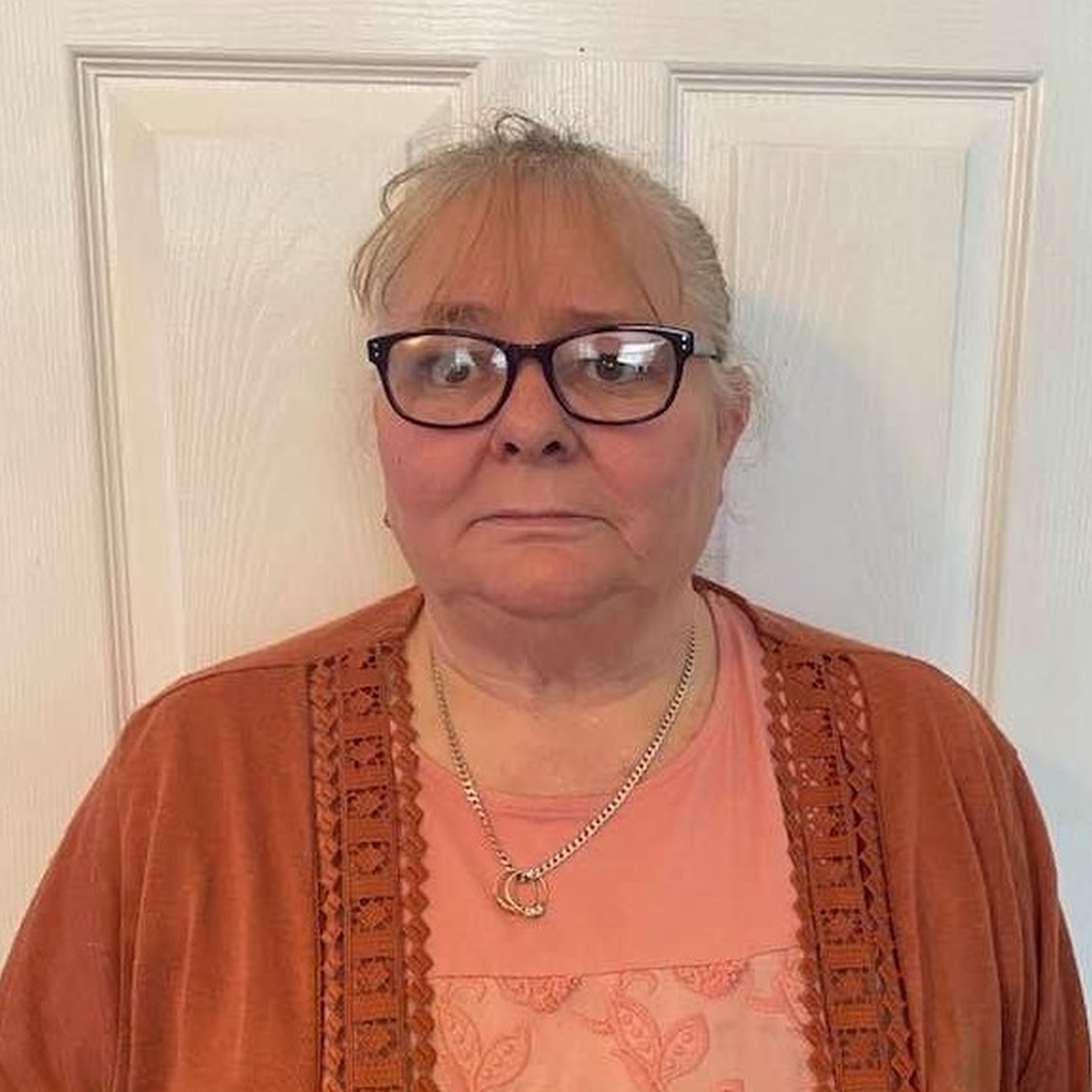