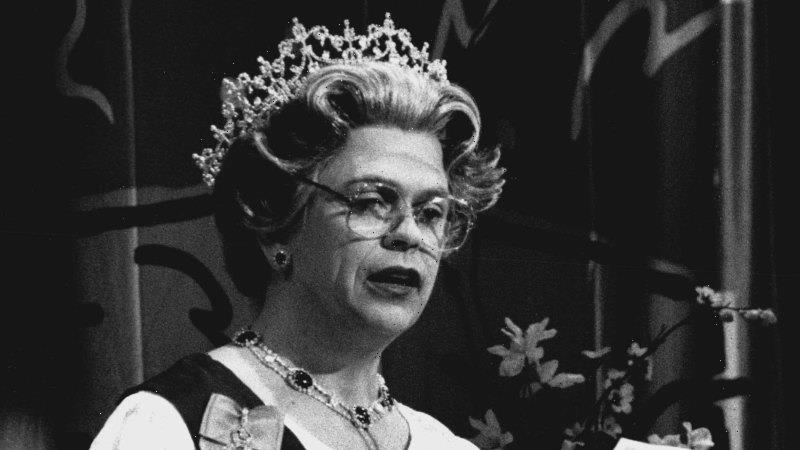 England’s two most important players, Graham Gooch and Ian Botham, walked out of the World Cup cricket final dinner last night in protest against a comedy sketch that lampooned the Queen. 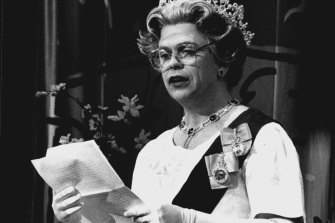 Gerry Connolly as The Queen on January 1, 1991. Credit:Staff photographer

The England management described the act, by the satirist and royal impersonator Gerry Connolly, as “in poor taste”.

Gooch, England’s captain, and Botham, its champion all-rounder, walked out of the Great Hall at the Royal Exhibition Building early in Mr Connolly’s sketch in which, dressed as the Queen, he poked fun at issues ranging from the marriage breakup of the Duke and Duchess of York and Mr Keating’s push for a republic.

The England cricket manager, Mr Micky Stewart, said the rest of the England party stayed behind for the rest of satirical sketch the dinner only “in respect for the people who put it on”.

“We thought it entirely in poor taste for an occasion like this,” Mr Stewart said. “It was a poor choice of material. We’ve got a lot of pride and respect for the Queen”.

The general manager of the Australian Cricket Board, Mr Graham Halbish, said Mr Connolly had been thoroughly briefed about his act and that he “chose his words carefully”.

“It was meant to be a night of fun and celebration. I think the crowd enjoyed the act. In no way was it intended for any offence to any person,” Mr Halbish said.

Mr Connolly’s performance was relatively restrained and went down well with most of the 1800 or so people who attended the $100-a-ticket black-tie dinner on the eve of today’s World Cup final between England and Pakistan.

The bumptious Botham bad already expressed his displeasure with republican sentiment during this tournament, declaring after he routed Australia in Sydney that “I did it for the Queen” and later reportedly telling a photographer in Ballarat that he would punch Mr Keating if he came across him.