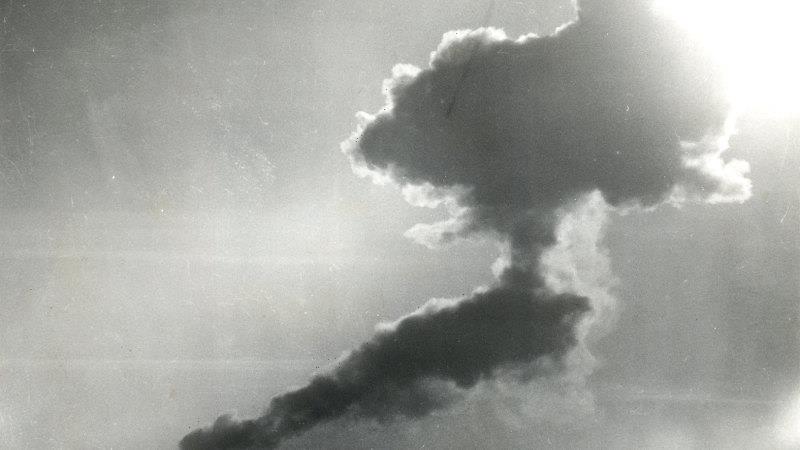 A-BOMB TO BE TESTED AT WOOMERA

Canberra, Wednesday – Britain’s next atom bomb tests will be carried out on the Woomera rocket range in Central Australia. 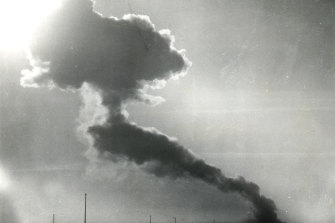 The first atomic bomb detonated on the Australian mainland.Credit:The Argus

He did not indicate when the tests would take place, or the type of bomb to be tested.

In Canberra it is believed a series of tests may be planned and the first may be made before the end of this year.

The actual tests are expected to be carried out some hundreds of miles from Woomera township, along the 1500-mile strip of country reserved for the rocket range, which runs in a north-westerly direction out to the West Australian coast.

It is believed the weapon to be tested will be a bomb which will be fired from a steel tower, similar to the majority of the United States tests. 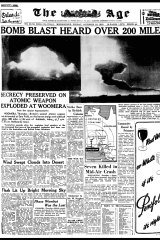 The front page of The Age published on 16 October, 1953, after the second test bomb.Credit:The Age Archives

There has been no indication that Britain has yet perfected a guided missile which can take an atomic warhead.

Sir Arthur Fadden said the necessary preparations for the next series of atom tests were being made jointly by the U.K. and the Australian Ministries of Supply, with the assistance of the Australian Army and the R.A.A.F.

“Apart from the provision and erection of scientific equipment, the work entails the establishment of living quarters, communications, water supply and other facilities,” he said.

“Owing to the remote location of the site this will involve considerable effort.

“When the time comes to carry out these tests every precaution will be taken, including a careful selection of meteorological conditions, so as to avoid any possible risk of radioactive contamination of inhabited areas and grazing land.

“The Government of Australia, advised by its own scientists, will satisfy itself as to the adequacy of the safeguards for the protection of life and property.

“Controls in the atomic weapons range area will be introduced on lines similar to those existing in the United States, where a large number of bombs have been exploded without any risk or damage to persons or stock.

“These controls guarantee safety to life and property in the area affected by the test.”

The official announcement that there will be a series of tests indicates the rapid progress Britain has made in developing atomic weapons.

It is also a certain indication that Woomera will be the site for the great majority of British atomic tests, both on the ground and from the air.

Woomera range is undoubtedly the best in the world, a fact which was freely acknowledged by a group of United States rocket experts who visited the range last April.

They pointed out that to get the 1500 mile course freely available at Woomera any rocket from existing and possible United States testing grounds would have to be fired out of the United States across Canada to Alaska, something out of the question.

The remoteness of the Woomera area and the high standard of defence installations there convinced British supply authorities it was a perfect site.

There are no aborigines on any part of the range.

They have all been removed by authorities to places of safety because of the nature of rocket tests being made on the range.

A steady stream of British scientists has visited Woomera in recent months and further visits have been announced, principally that of the British Supply Minister (Mr Duncan Sandys), who will visit the range shortly.