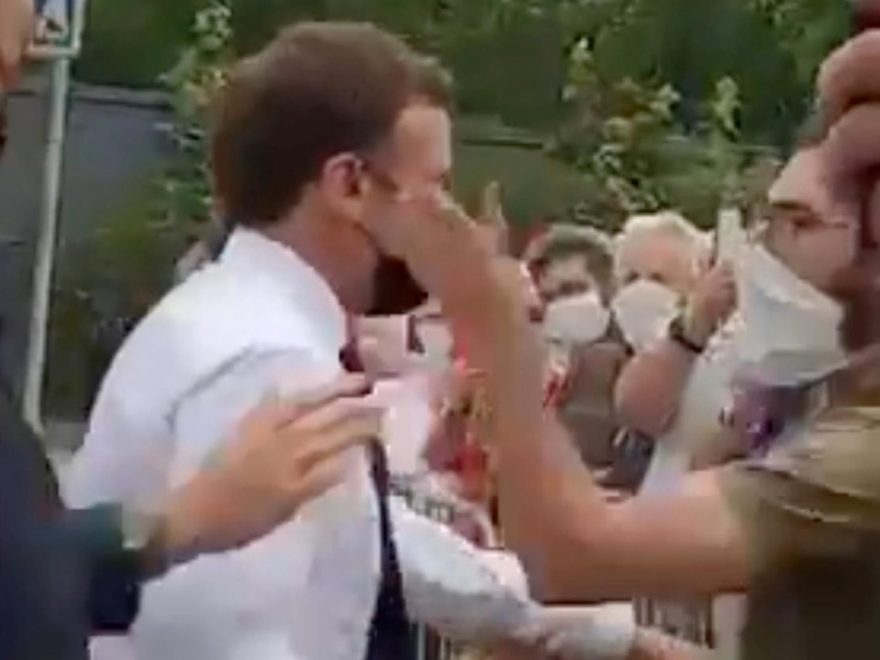 The new guy? Biden debuts at democracy’s most exclusive club

The man who slapped French President Emmanuel Macron revealed he attacked the leader because of the “decay of our country” — as he was sent to jail for four months at a hearing Wednesday.

A court slapped Damien Tarel, 28, an aficionado of medieval swordsmanship and martial arts, with a sentence of 18 months in the slammer, but 14 of those months were suspended, Reuters reported.

Earlier, Tarel told the court in Valence that he was a right-wing sympathizer and had considered pelting Macron with an egg or a cream tart, according to BFM TV.

“I think that Macron represents very neatly the decay of our country,” Tarel told the court. “If I had challenged Macron to a duel at sunrise, I doubt he would have responded.”

In requesting an 18-month jail term for Tarel, the public prosecutor called his brazen attack “absolutely unacceptable” and “an act of deliberate violence.”

Tarel attacked the president while he was shaking hands with members of the public during a walkabout in France’s Drome region.

The unemployed man told investigators that his attack was not premeditated, local prosecutor Alex Perrin said in a statement.

“He maintained that he acted out of impulse and ‘without thinking’ to express his discontent,” Perrin said.

He said during interrogation that he had been close to the anti-government “yellow vest” protest movement that shook the Macron presidency, according to Reuters.

Tarel’s acquaintances described him as a fan of period role-play who was not a trouble-maker. The prosecutor said he was not a member of any political or militant group.

He was arrested along with a second man from his hometown of Saint-Vallier.

In the other man’s home, authorities found weapons, a copy of Adolf Hitler’s “Mein Kampf” and a red flag with golden sickle and mortar, the international symbol of the communist, Perrin said.

That man will not face any charges related to the slapping but will be prosecuted for illegal possession of arms.

Macron has described the attack as an isolated incident — and said violence and hate were a threat to democracy.

His office did not respond to a request for comment on Tarel’s courtroom comments.