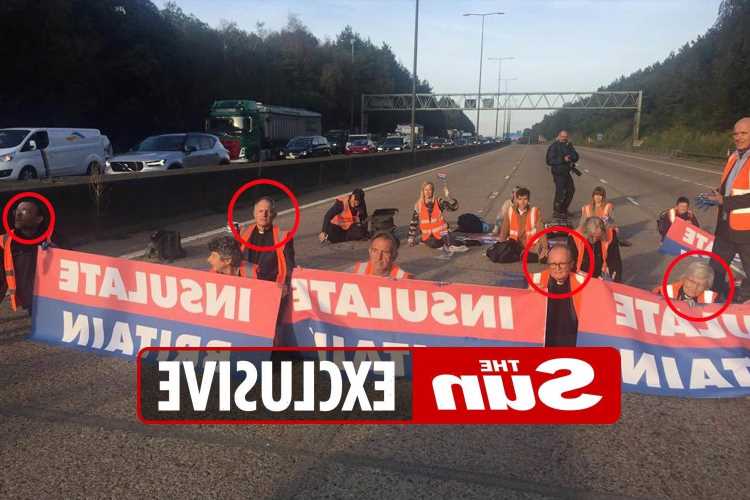 The dog-collared quartet were prominent among the Insulate Britain mob kneeling in front of rush-hour motorists. 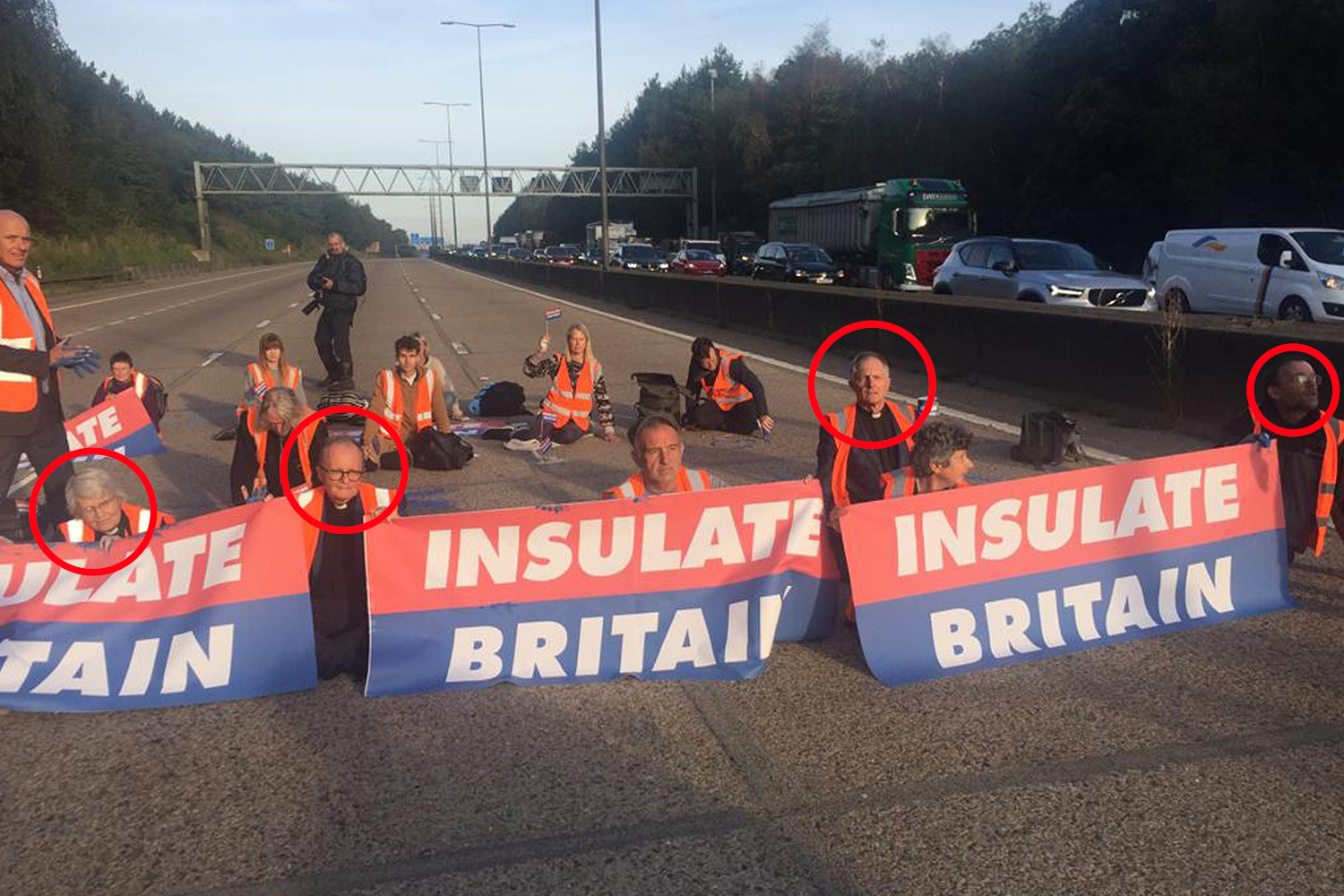 But police finally got tough, yanking the Reverends Sue Parfitt, 79, Mark Coleman, 62, Tim Hewes, 71, and Fr Martin Newell, 54, and others out of drivers’ way.

If this week’s High Court action is successful, activists straying on the motorway could be jailed for contempt of court, or fined heavily.

Today's disruption between Junctions 9 and 10 near Cobham, Surrey — the fifth such protest in eight days — began at 8.10am and was over by 9am.

AA president Edmund King said the activists endangered themselves and “threatened to cause multiple pile-ups and fatalities”.

He said: “These counter-productive protests are alienating the public.”

Attempting to justify his move, Rev Newell wrote: “We cannot go on the way we are.”

Insulate Britain said: “We are simply asking the Government to get on with the job.” 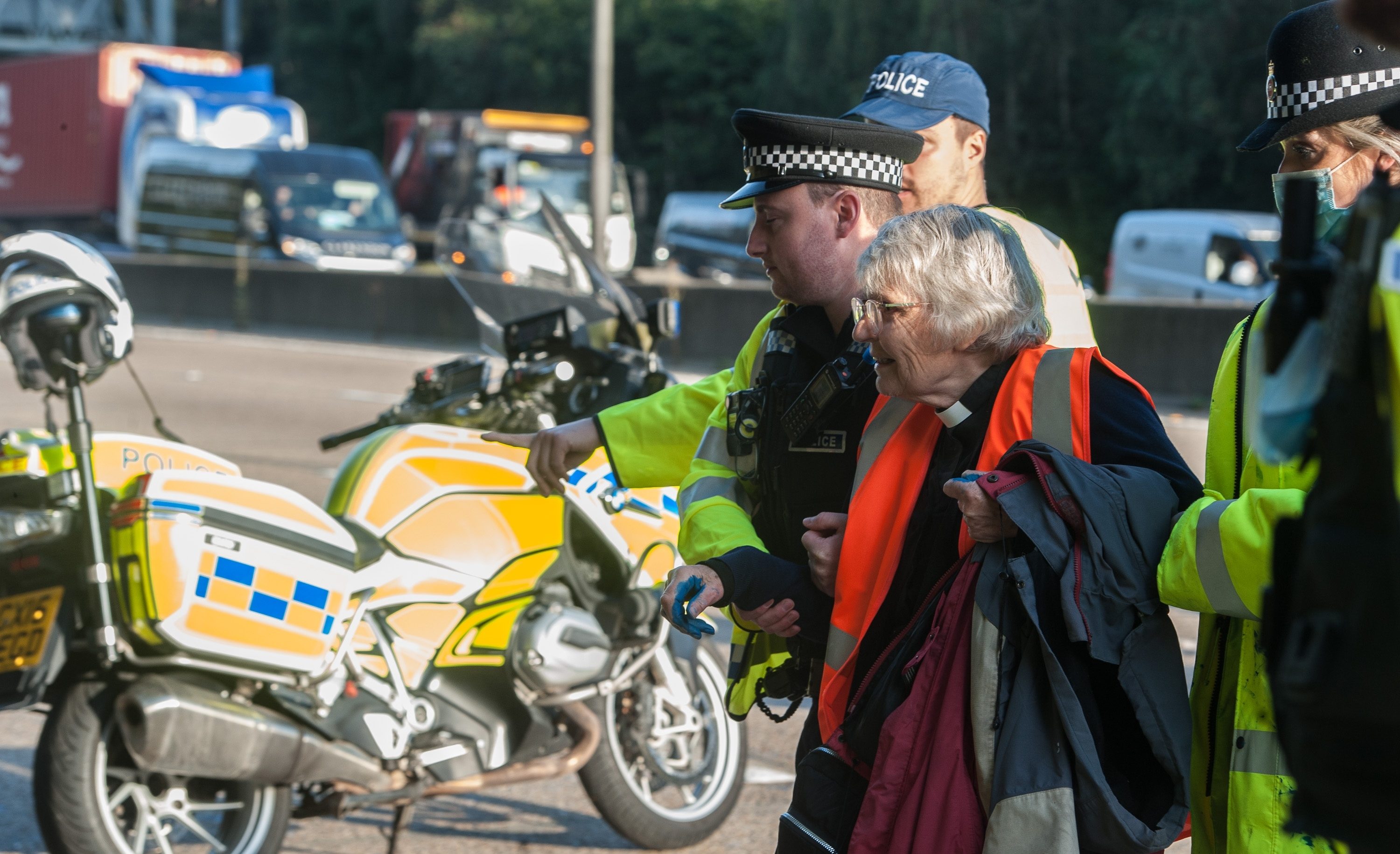 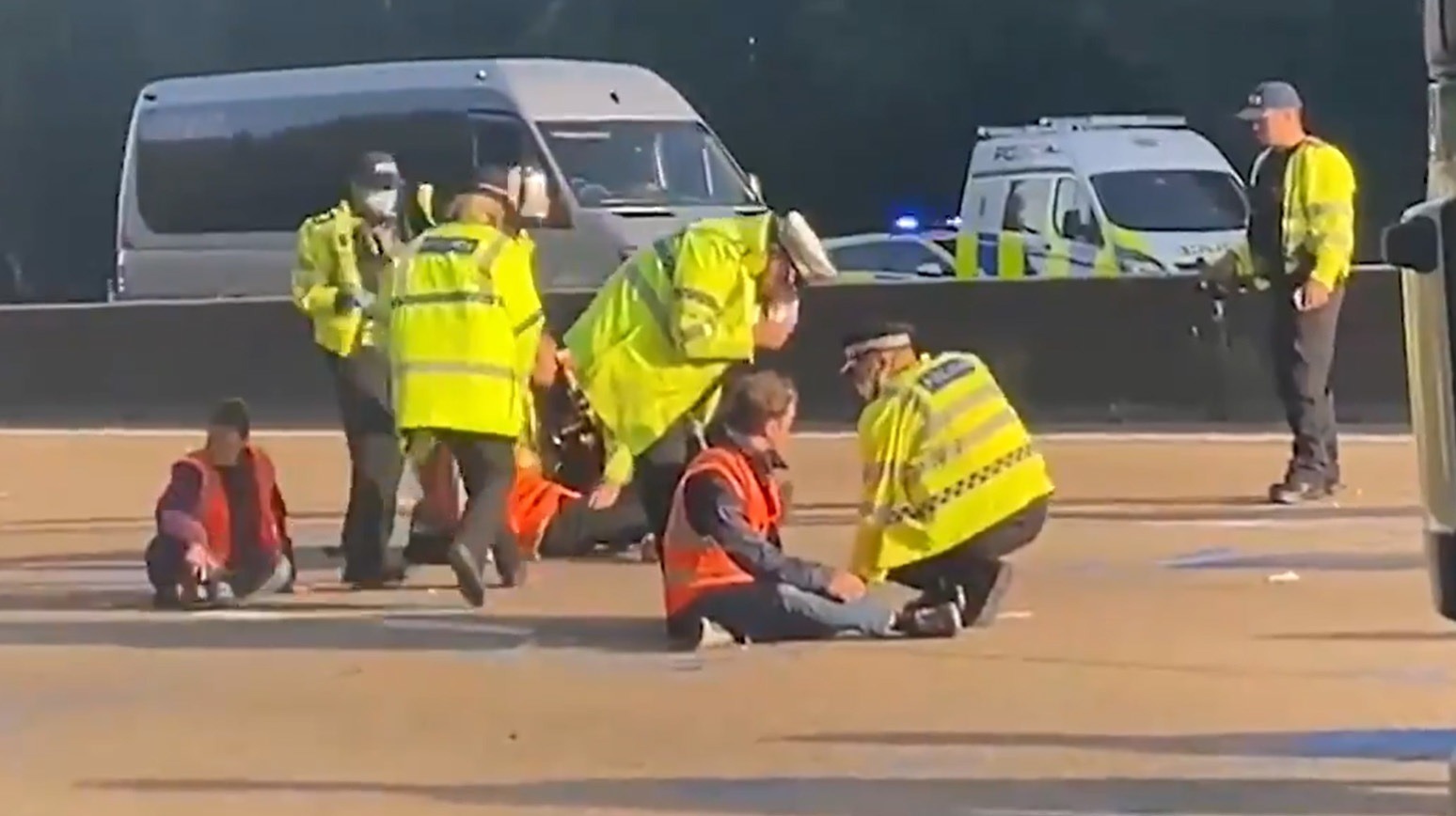 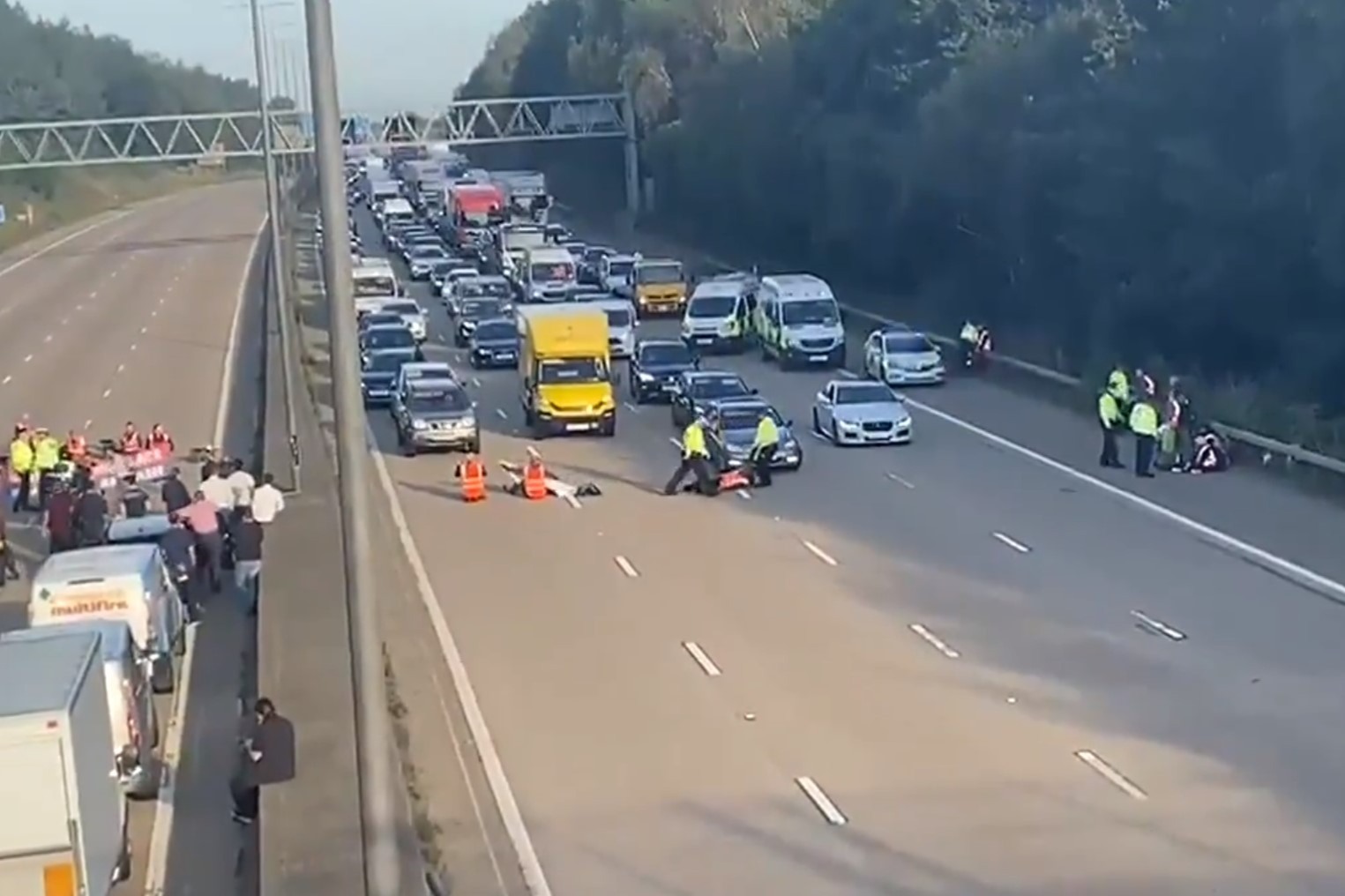