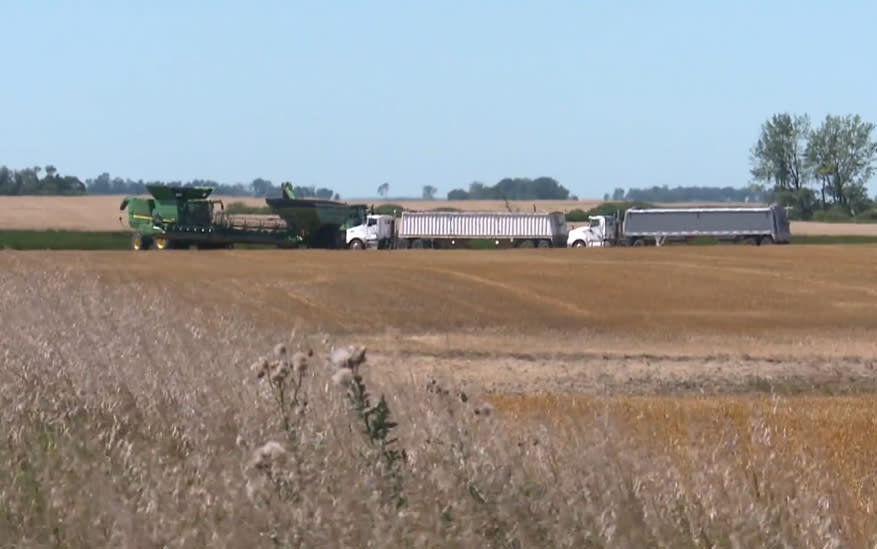 Four people were found shot to death in a North Dakota wheat field in what authorities described Tuesday as a likely murder-suicide.

Towner County Sheriff Andrew Hillier said in a news release that deputies found the bodies Monday after someone alerted authorities to four people who were unresponsive.

They were not named in the release, and Hillier did not identify a possible motive. Evidence found at the scene suggests the killings were a murder-suicide, he said in the release.

A gun was found with one of the bodies, he said.

Hillier did not immediately respond to a request for more information.

He told the Forum News Service of Fargo that he believed the four people worked together. The news outlet reported that farm equipment at the scene Tuesday was riddled with gunfire.